This past week I went up towards the Bushnell, Florida area - about an hour north of Temple Terrace up I-75.  I will say, that I am happy that I was going north this particular day because south bound was a mess and everyone was getting off the interstate and flooding the side streets trying to get where ever they were going (most of them to work some place).  I got off at the same exit as the Florida National Cemetery, exit 309, from I-75.  Just a little west of the interstate is a sign that indicates the Withlacoochee State Forest starts "here".  I've always wanted to explore this forest and by no means did I make a dent in it on this little trip, but it was a start.  Jimbo was in the back seat of the truck and as soon as we started going slower and bumping along the pot holed shell road - he stood up to see "Where are we?". 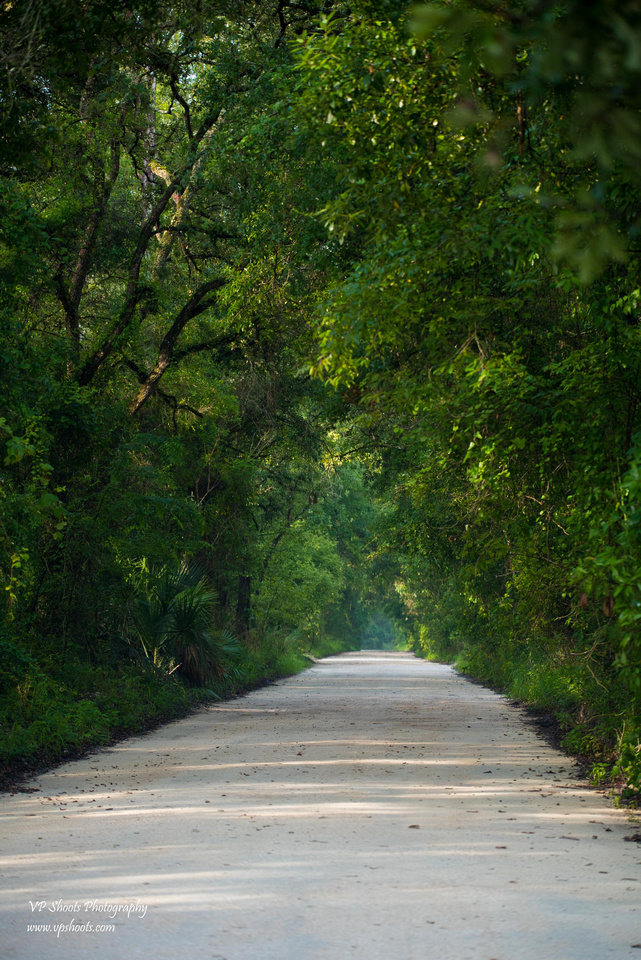 I was glad I was in the truck as this road had a good number of pot holes filled with water and in a few places the road was almost covered with water and I only hoped that there was hard ground under the water and the puddles were not to deep since I was on this venture with a dog and no other human.

Eventually we found the Withlacoochee River - there was a nice place to stop and view the river, but that place appeared to be claimed by a lone fisherman and his dog.  The dog was very alert to the fact that I had just driven up and I didn't want to see whether or not he liked other dogs, so Jimbo and I drove on - that stop will be for another day now that I know it exists.

We drove to another area and stopped and took a walk.  I think we both enjoyed the peace of nature and being the only ones around this area.  I grabbed a camera with one lens, travelled light and we started walking.  I soon realized that there were flowers blooming that I had never noticed before - no idea what they are (but if you know, please let me know!). 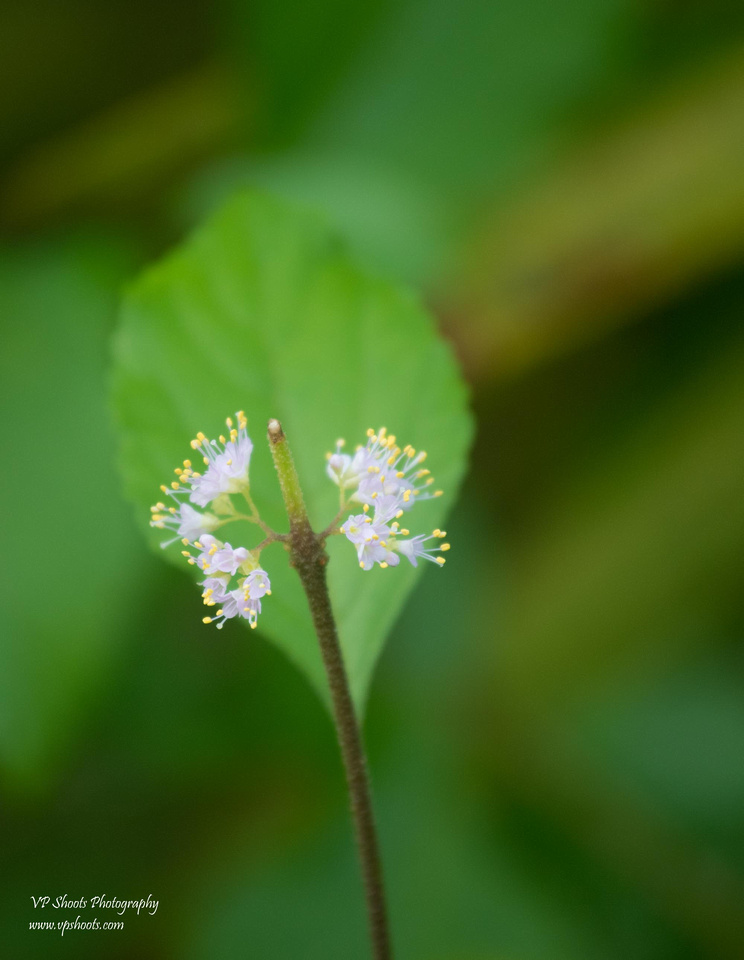 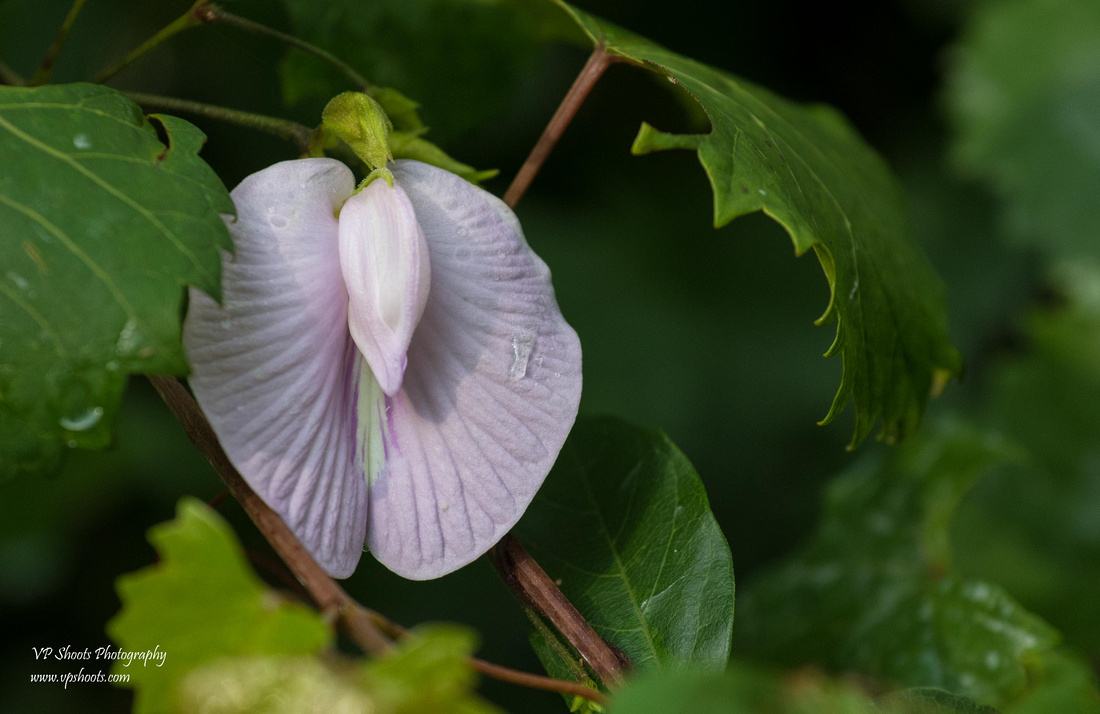 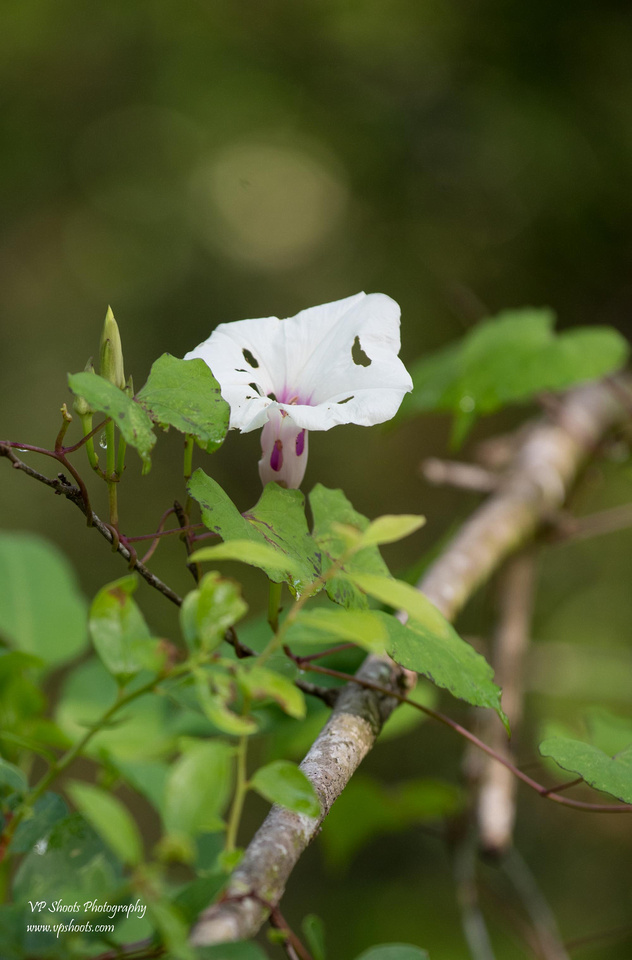 I'm not sure if this is a morning glory with holes eaten in it or some other type of flower but I liked the unique look with the holes. 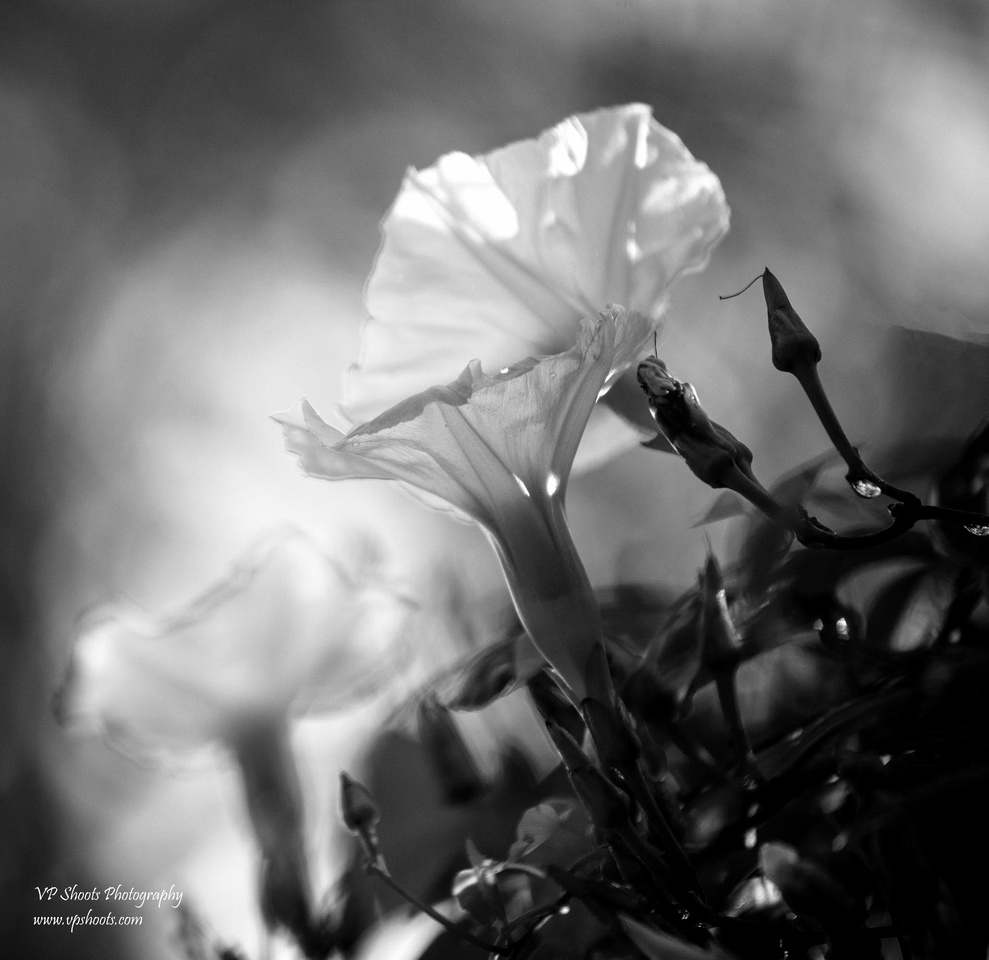 I realized that it was starting to get dark and it was just after 9am, that can only mean one thing - clouds are moving in and it's potentially going to be raining soon.  Time to turn around and head back to the car. 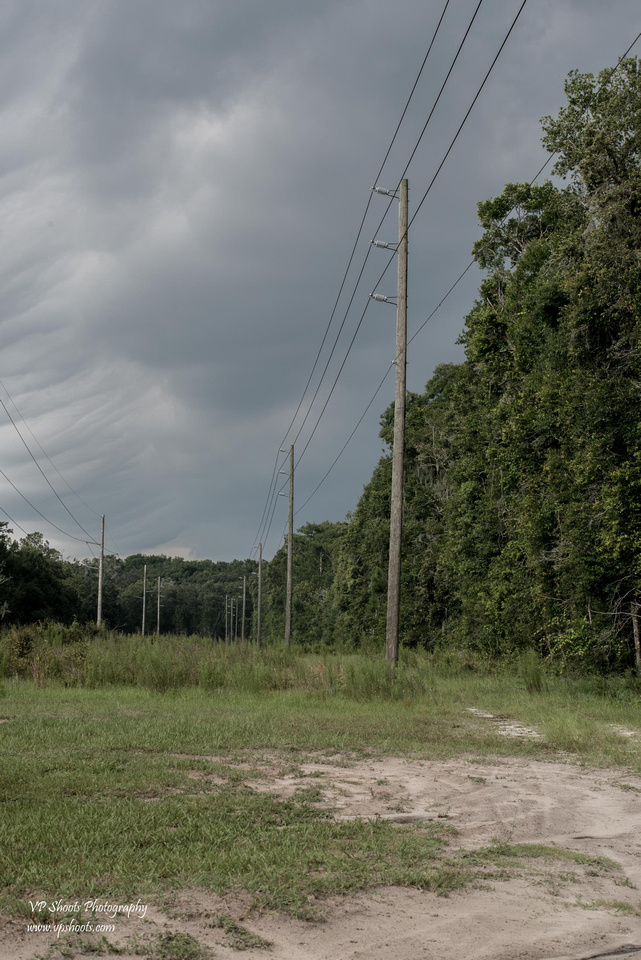 We didn't stay around to find out if it started raining because Jimbo is not fond of thunder.  On the way out, we saw no one - however I think a deer ran across the dirt road in front of us a little bit (something ran across - I like to think it was a deer instead of a coyote or something). 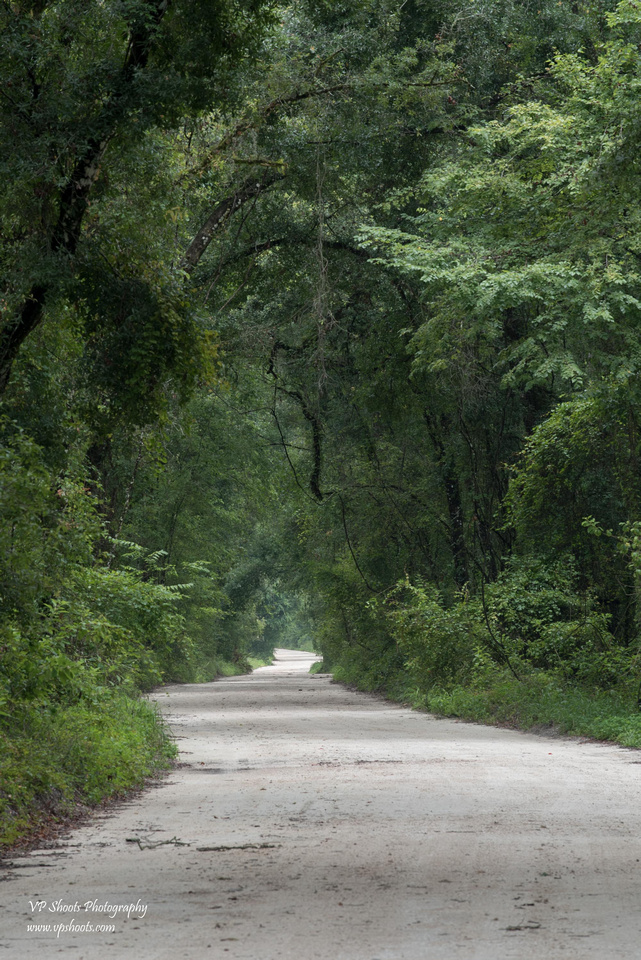 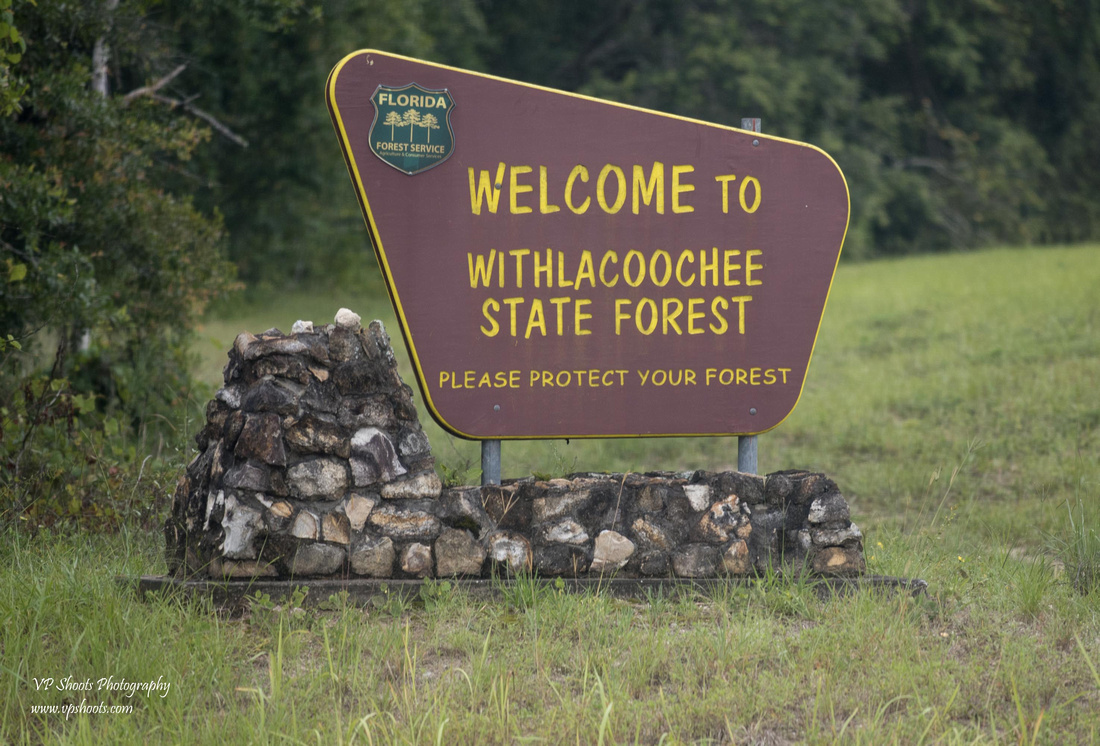 Until our next adventure, 'Please Protect Your Forest' (remember not to throw out anything that might start a forest fire).