As we continued our travels in north east Alabama, we visited DeSoto Falls.  DeSoto Falls is about another 7 miles or so up Lookout Mountain after you see the signs for DeSoto State Park. We drove through DeSoto State Park (we came back later to the park) and headed up the mountain to see the 104 foot waterfall located on the west fork of Little River.  We arrived at the parking lot mid day (about noon) to explore and find out more about this water fall.  First, the waterfall itself faces towards the west, so photographing it at this time was not ideal but there were very few people on this week day which made for not having crowds while we set up tripods and cameras.

A short walk down this pathway made of stones leads you to the last waterfall. 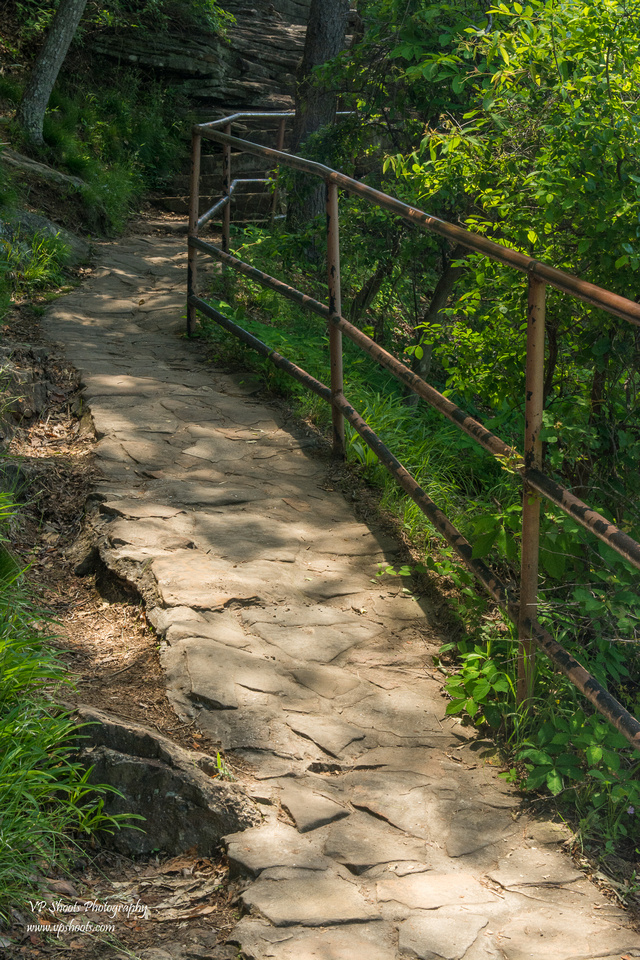 This photograph shows a portion of the waterfall that falls down into the canyon.  Above this waterfall (see other photos) are a man made damn and some smaller waterfalls. 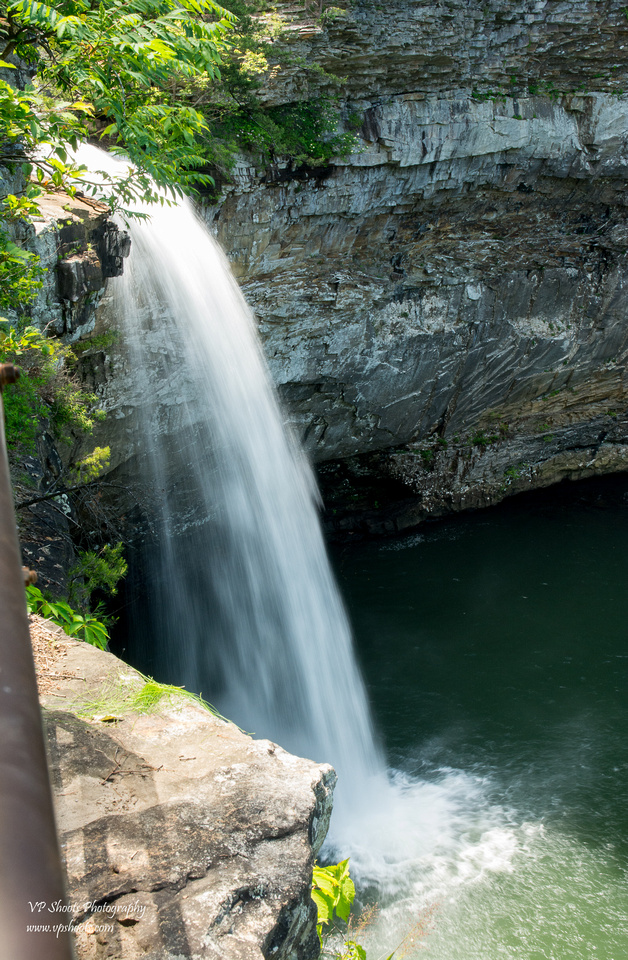 They have railings to prevent people from crossing over at this part of the waterfall. 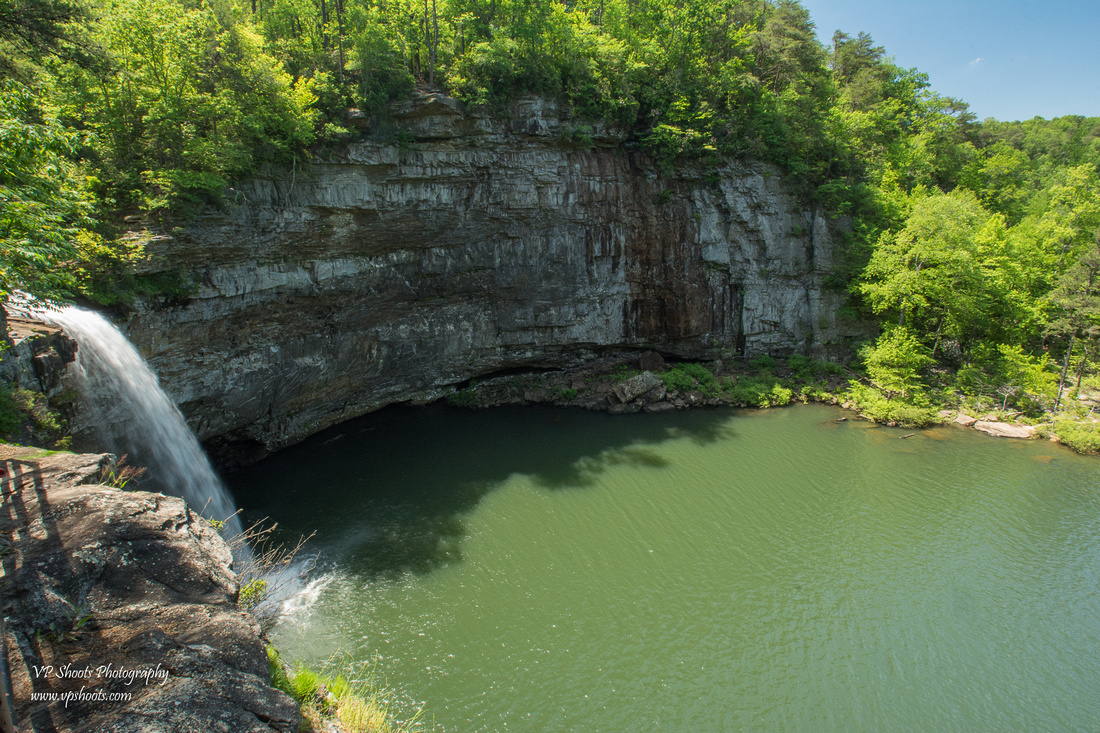 Here's the dogs hanging out on the 'dangerous overlook rail'.  Neither were curious about that long drop on the edge and stayed well away from it. 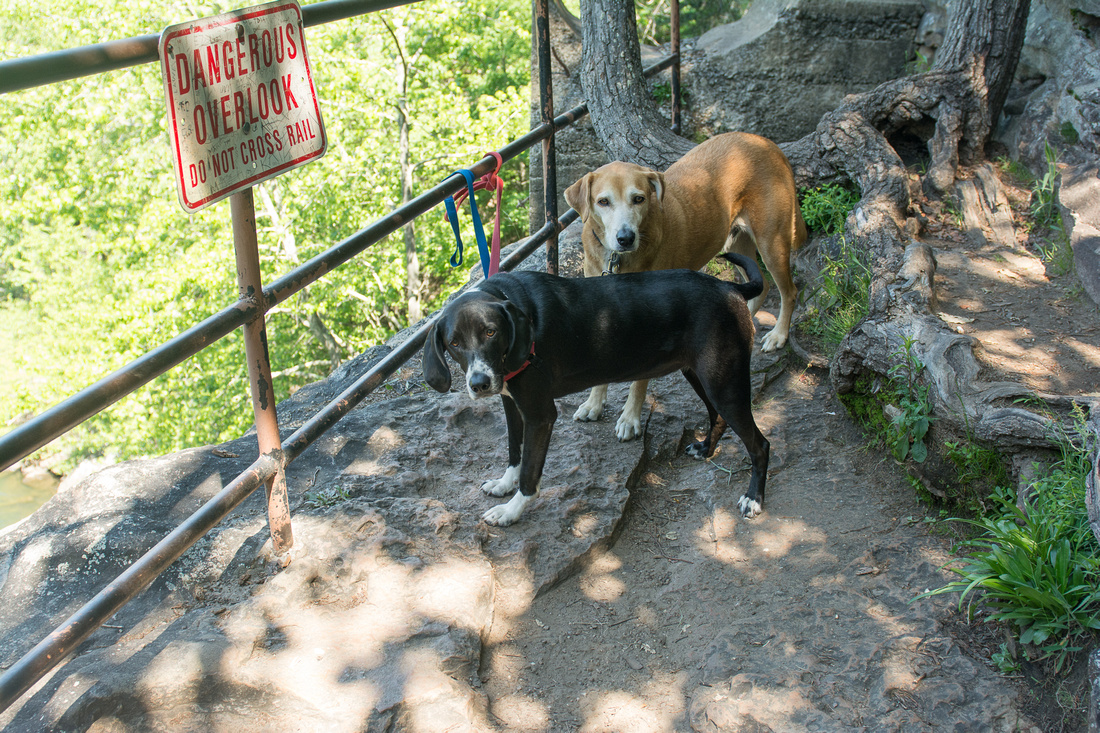 We came back later in the day to catch the sunset over the canyon.  The sun is setting to the right of this photo. 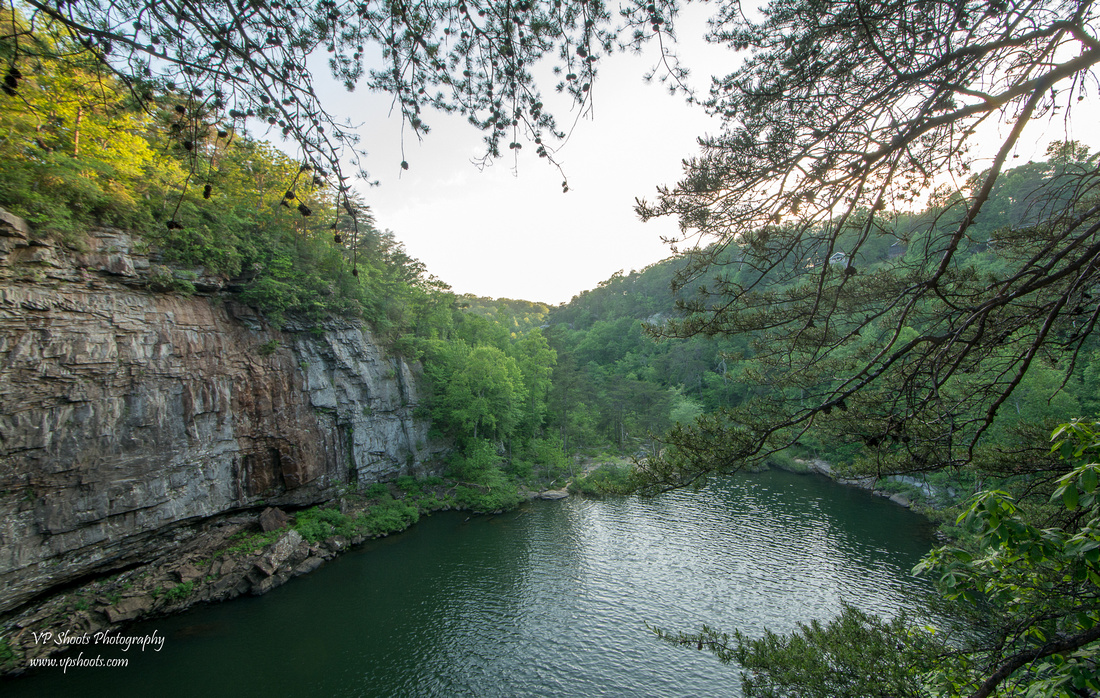 The upper falls of DeSoto Falls before the water drops below into the canyon. To the left of these falls is the man made damn, to the right is the lower waterfall with the large drop into the canyon. 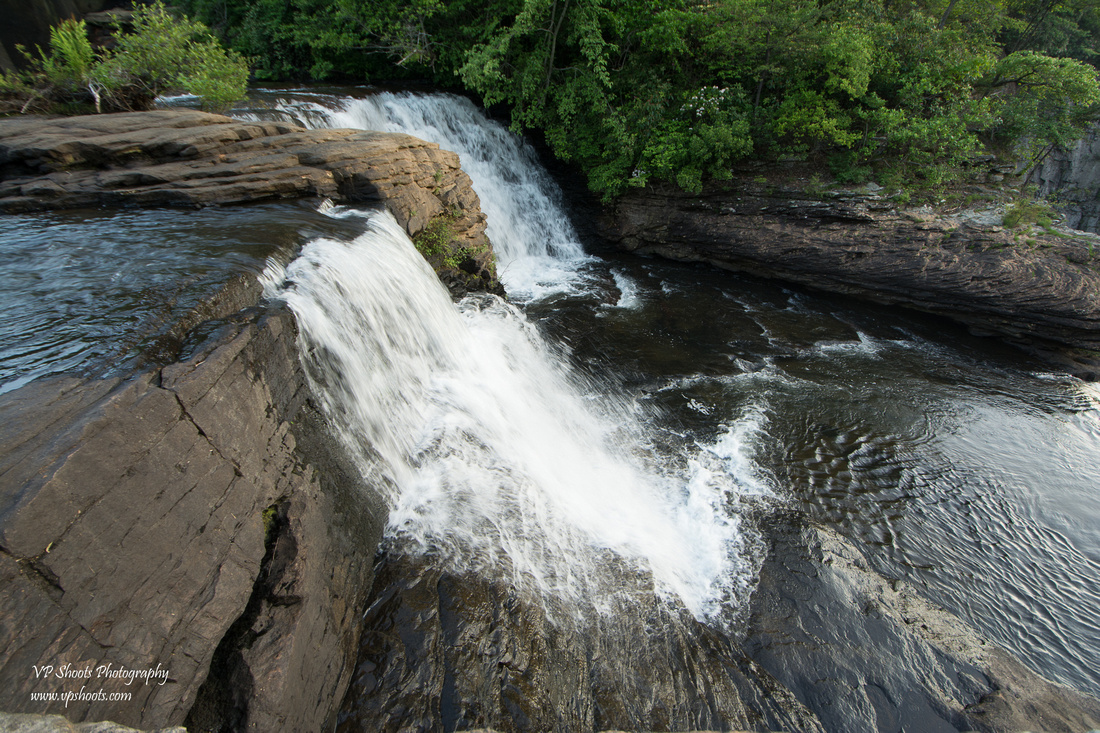 We returned to DeSoto State Park and hiked 2 of the shorter trails.  The Talmadge Butler Boardwalk Trail is a nice boardwalk through the trees.  The altitude is approximately 1350 feet, this trail is one of the first ones as you enter the park from the south. 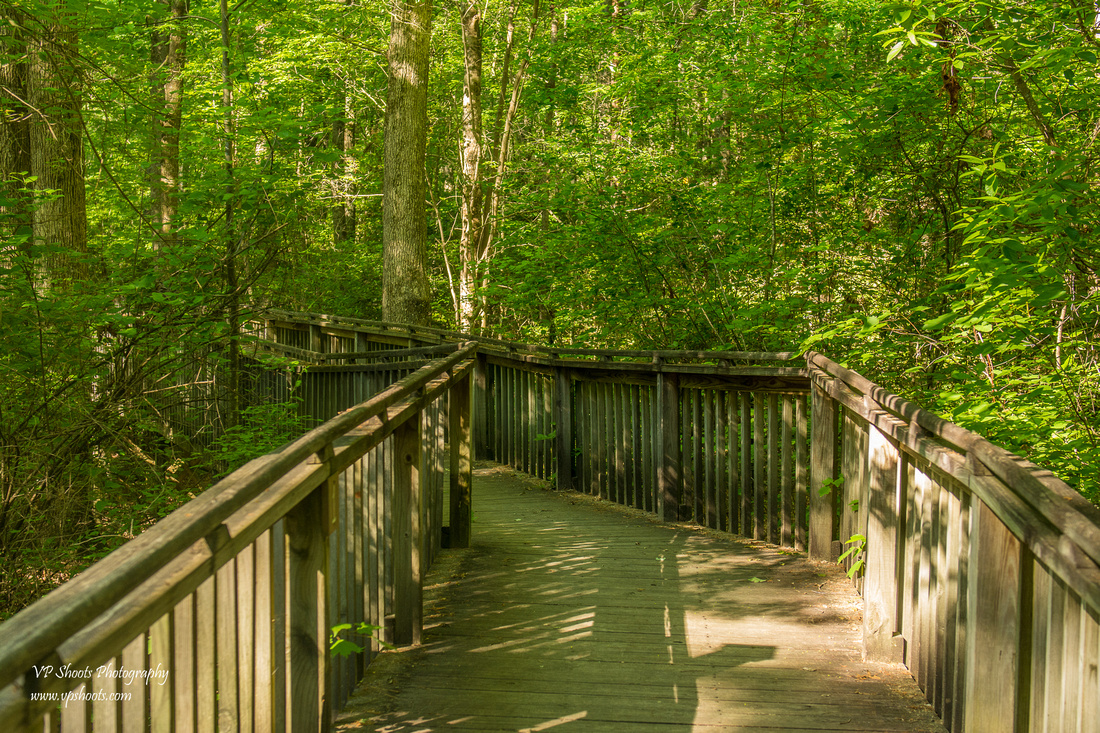 Along this trail are different blooming plants, mountain laurel, wild azaleas and rhododendrons. 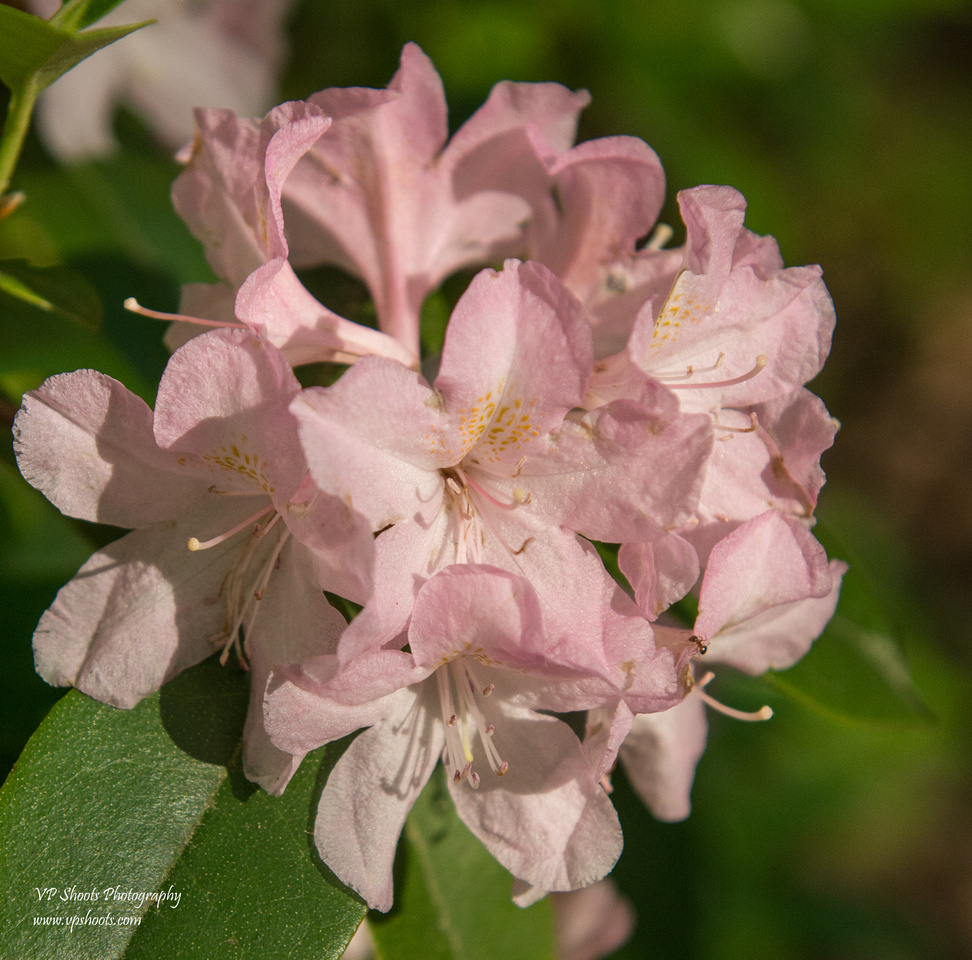 We came across this waterfall at the end of the boardwalk - the water flow was not real high at this time, but photographs at the visitor center indicate that at times it can be.  This is small, don't be fooled by the lack of anything to provide scale within the photograph. 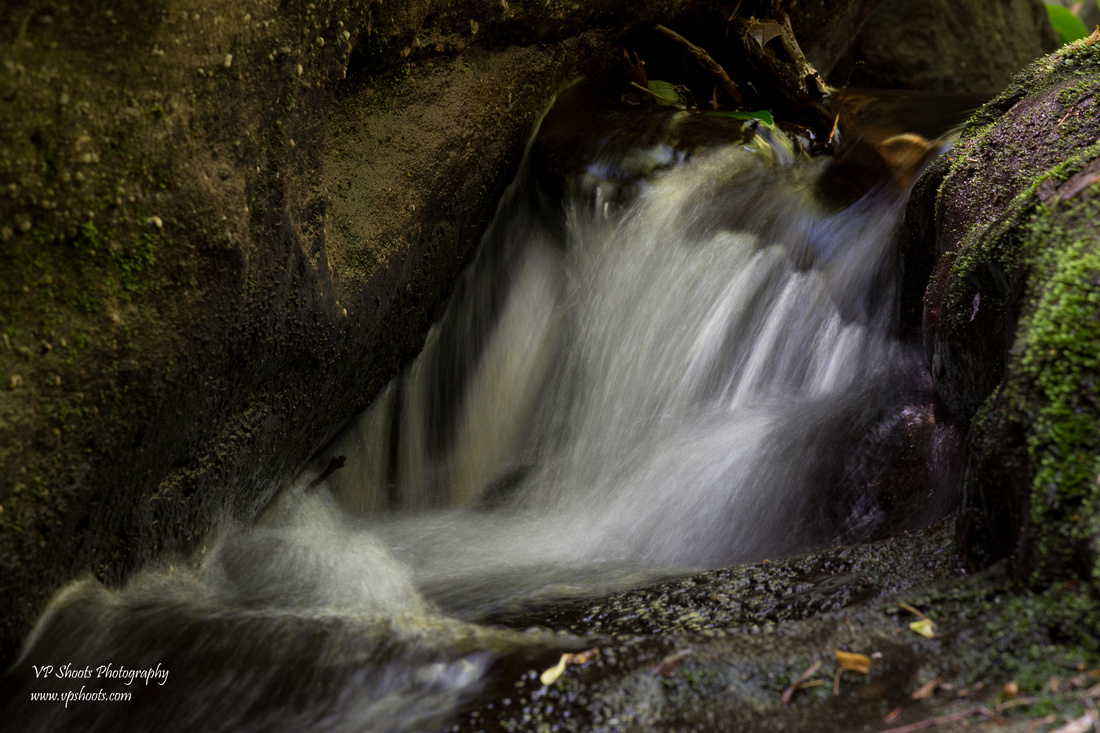 The second trail we followed is across the street from this one, called Indian Falls.  There is a sign that points you off into the correct direction.  This particular trail is a short walk.  At the top of this waterfall is a new wooden bridge built as part of Eagle Scout Project. 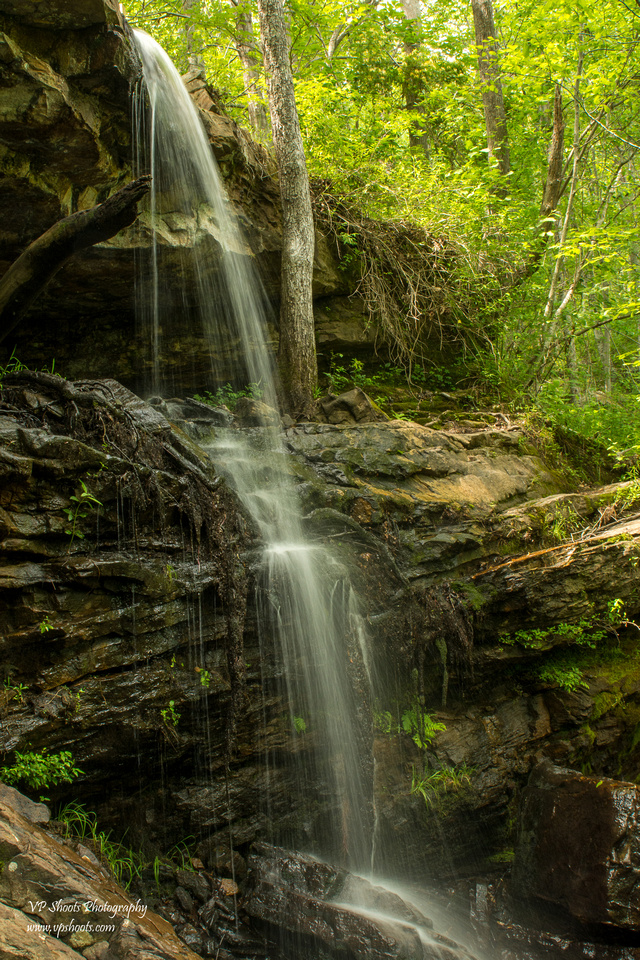 Abby is the more adventurous of the dogs - always checking out her new surroundings. 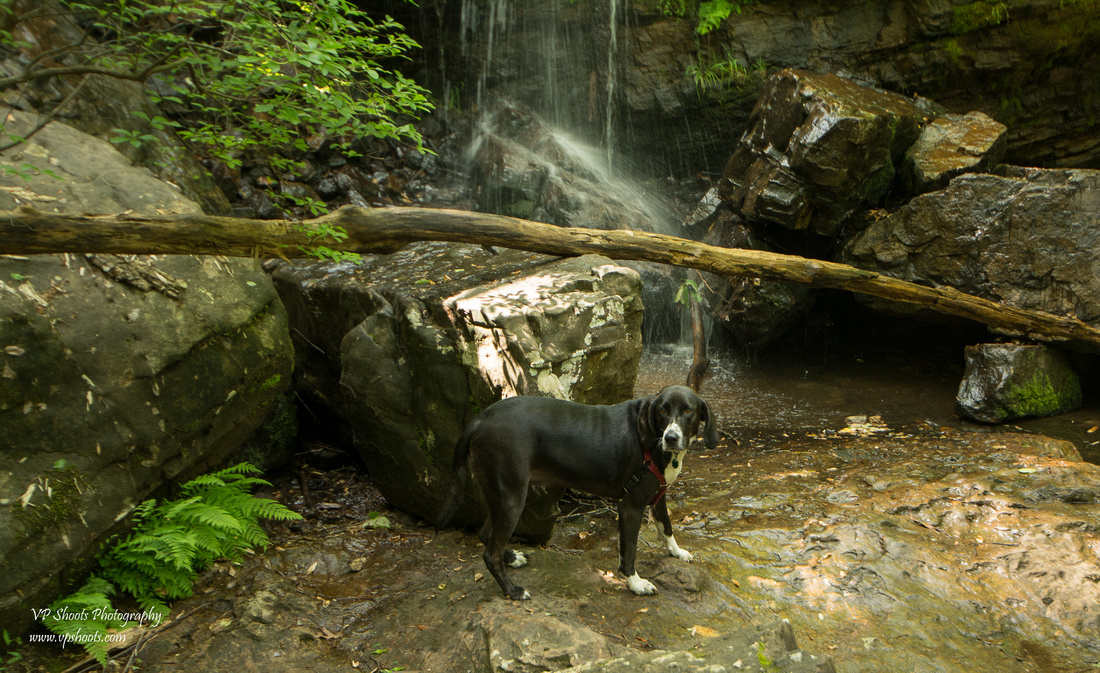 Jimbo will stay very close to me when we are hiking and always takes time for a little snooze when we get into heavy photographing.  With his beautiful golden fur, he often reminds me of a little deer curled up in the woods. 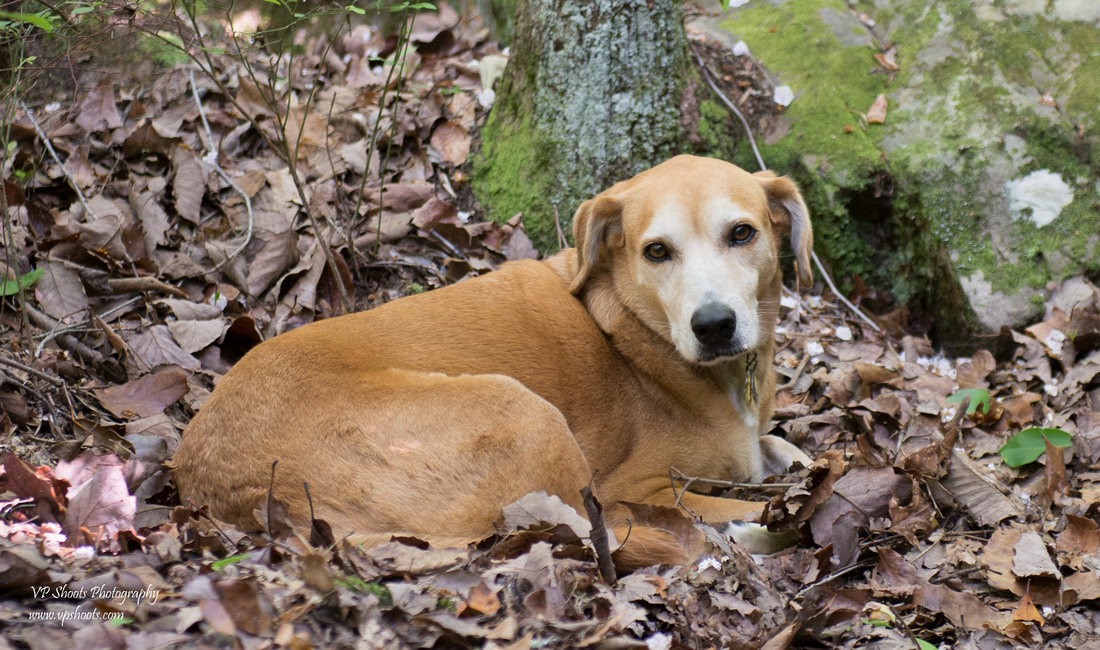 Just in case you're curious, leashes were on the dogs in all the photographs except when we were at Bear Creek Cabins (it was removed with photoshop if you don't see it!).

Until the next day of our adventure, enjoy!!