This week we ventured off to play a round of disc golf.  My first time, I can't say that I am very good, but I got to throw the disc more than everyone else! We found a nice park that is along the south side of the Hillsborough River nestled among the live oak trees.  Lots of shade except for the first basket which is near the entrance to the park and a par 5 (over 900 feet to throw).  The first basket was a little tricky because you can not see it from where you are starting and it can be hard sometimes to know exactly where the basket is that you should be aiming for.  I figure as long as everyone you are playing with is aiming for the same basket at least it is fair.

As we completed the first basket (that sounds odd, like it should be 'hole'), I noticed that we were just a stone throw away from the river.  I walked down to the edge, careful to watch for alligators and saw the railroad crossing over the river. 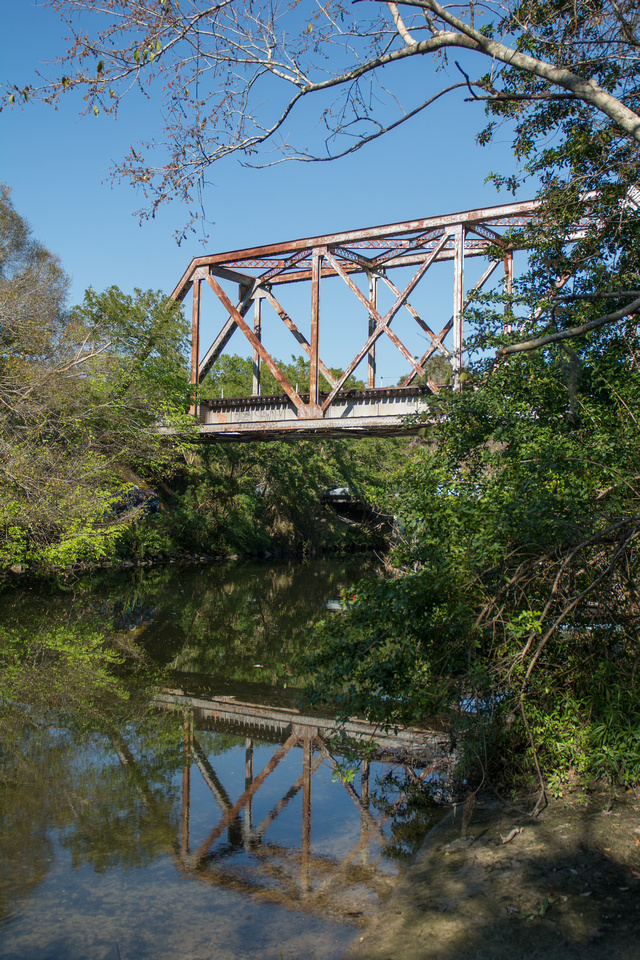 Beautiful afternoon here in sunny Tampa - but what it did remind us is that if we threw to far to the right, our disc was going to end up either in the bushes or in the river.  I think this was a rather challenging course.  There are benches to relax at near several of the baskets and beautiful oaks providing lots of shade (or obstacles - which I had not thought of before we started this game). 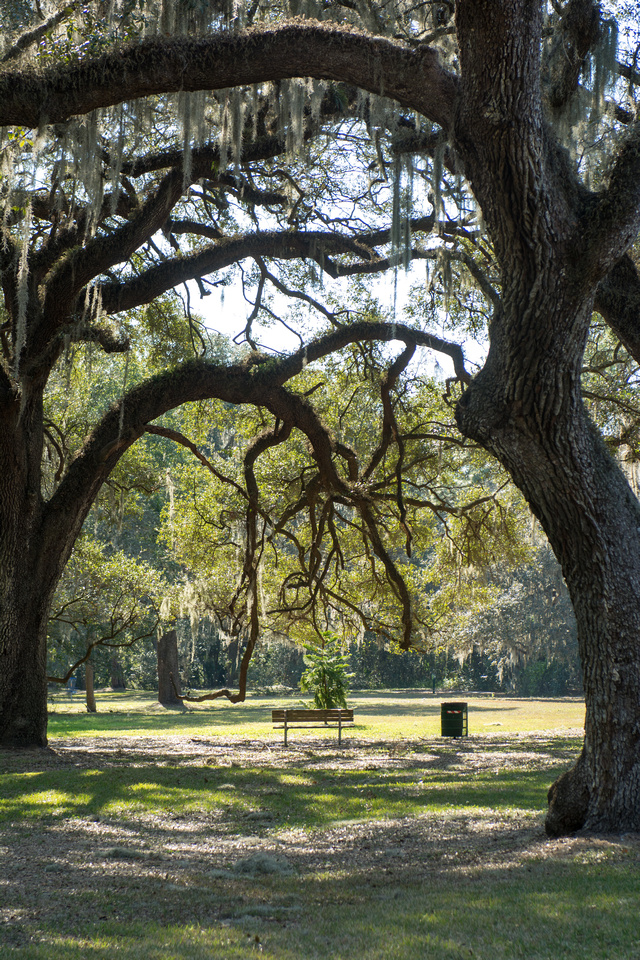 As we progressed through the first nine baskets, we came across a rather deep trench - basket 6 was on the other side.  The trench itself didn't bother me providing my disc didn't end up in it.  Mine didn't, but another player did have to throw from inside this trench.  Not sure when it might happen to be full of water, but it was empty today. 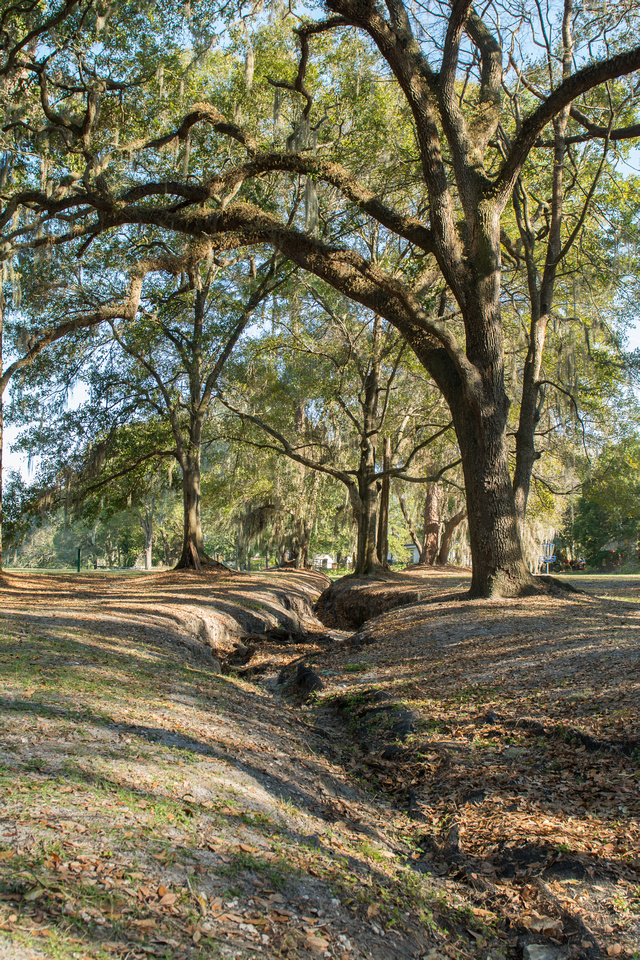 One of the baskets I apparently played by hitting a tree on each throw.  The result of it falling into the debris that made it pretty hard to do your next throw.  I took a step away from the tree - not sure about the official rules, but we were playing for fun - not a competition. 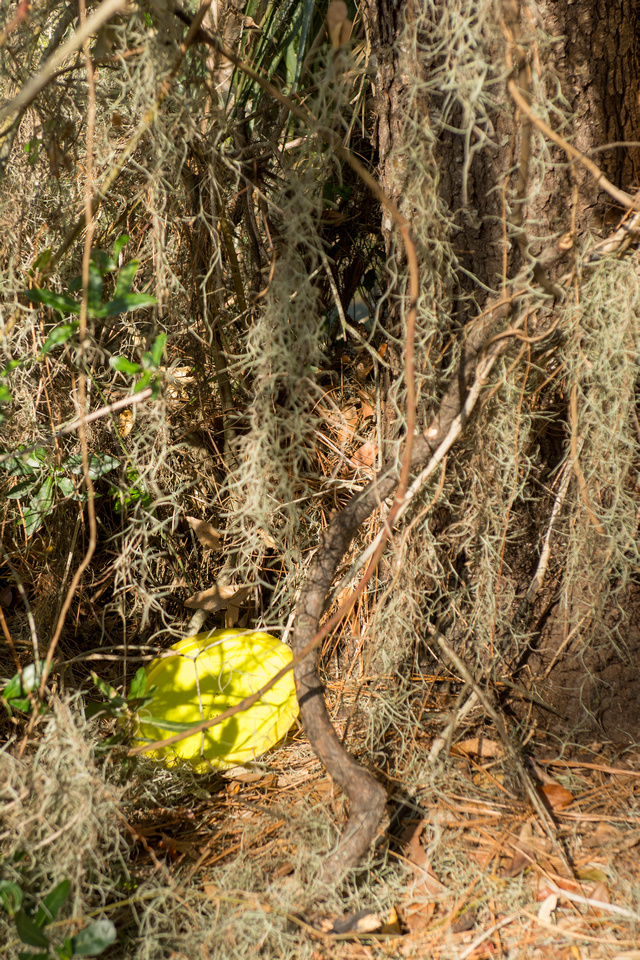 Here's an example of the basket among the trees.  We had to send out a scout on a couple of them to find out where the basket was because it might be behind a tree or clump of plants. 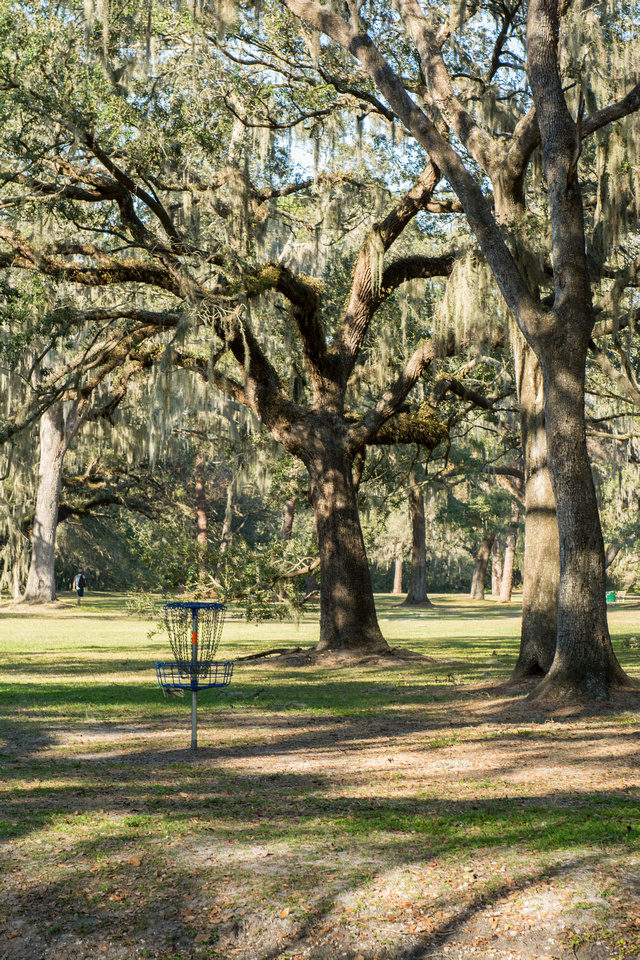 And the final basket for us was number 9.  This is an 18 basket course that reuses the baskets for the back 9 - but I didn't realize that we would be walking a couple of miles and we didn't bring water. 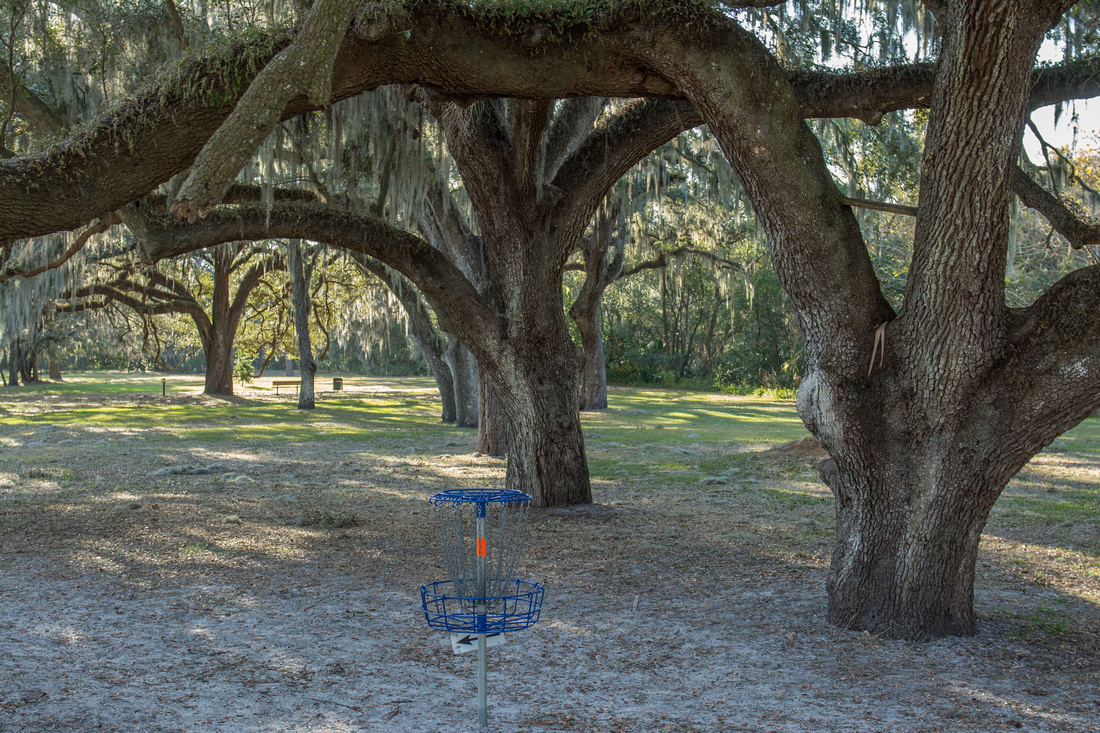 So with the completion of the 9th basket, we started the long walk back to the car and that was the end of my first game of disc golf.