Last week we went out to the fishing pier at Ft. DeSoto - it's been a long time since I have been to this park.  It's beautiful with all the birds and wildlife as well as the beaches.  The fishing pier is open to the public when the rest of the park closes down.  Several of us went here to photograph the sunset and see what the 'blue hour' (the first hour after sunset) and the night sky might bring.  Clouds were great for the sunset, but not so much for the stars.  Here's a few photographs from this outing.

Some of the other photographers were joking with me because I could walk under this portion of the pier without ducking as I am not as tall as the men that were on this photography venture. 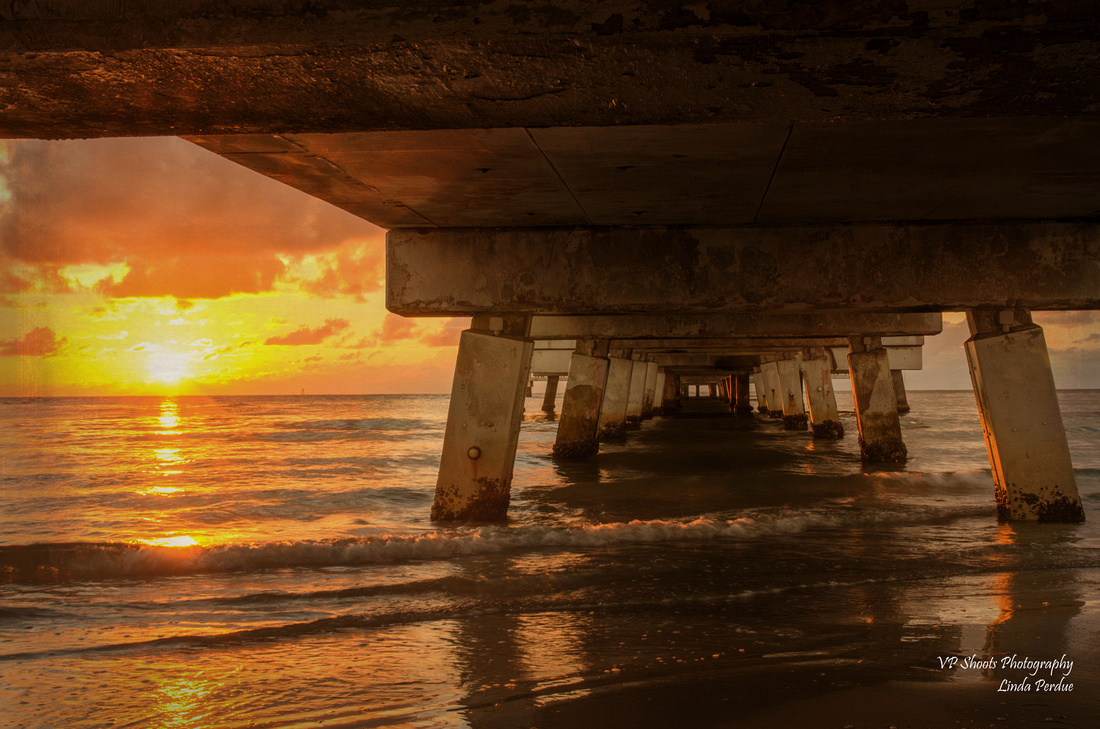 As the sun set, we watched the light house over on Egmont Key as it circled around.  I timed this photograph to catch the light shining across the water.  The sky was blue after the sun set, the 'yellow' tint to the beach is from the lights on the fishing pier that is just to the right (outside the photograph frame). 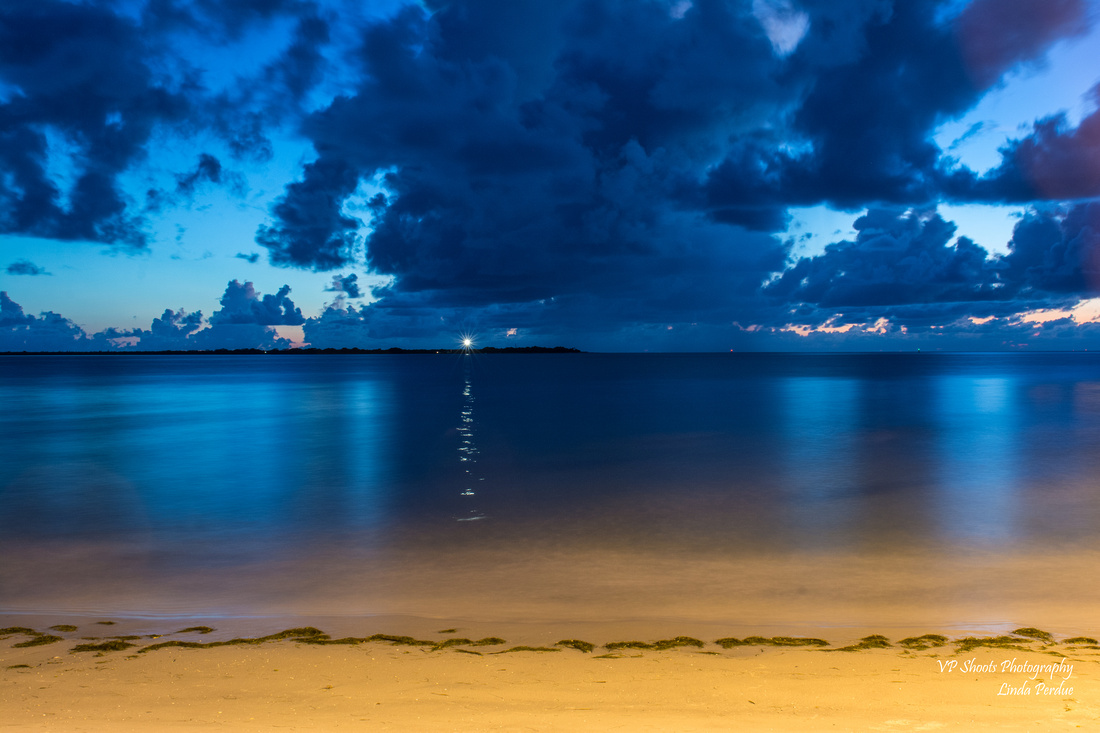 The final photograph shows some stars, clouds as well as the waterfront to the south of the fishing pier.  This photograph was taken using a 20mm lens on a Nikon D7100 (crop sensor).  This is a 20 second exposure, f/2.8 with ISO of 1000.  Definitely used my tripod for this shot! 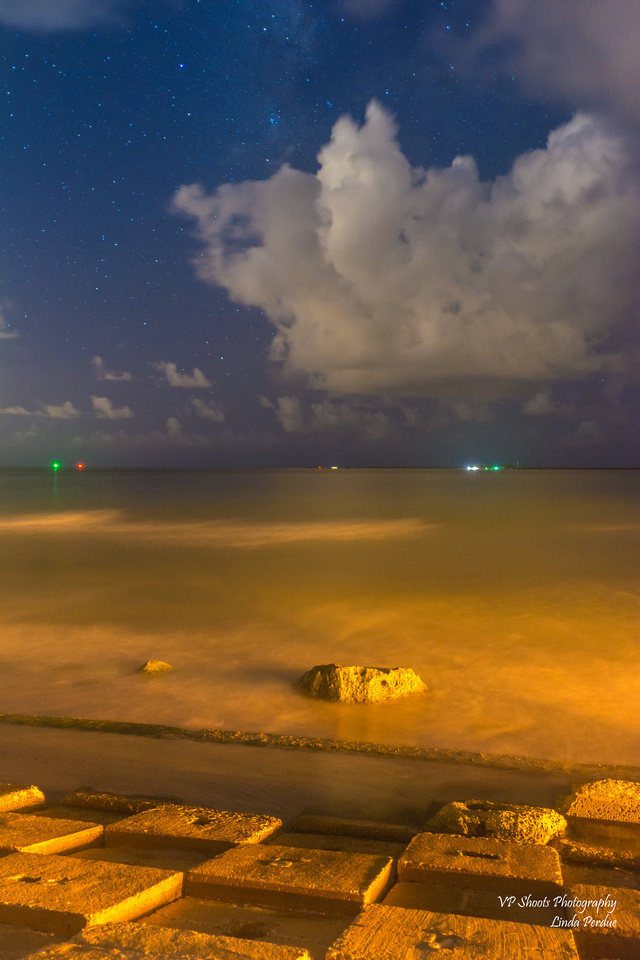 To view a few more photographs from this adventure, go to.....http://www.vpshoots.com/ftdesoto