Researching the internet shows that there are two common varieties of the pitbull breed.  The red nose pitbull and the blue nose pitbull.  These two dogs are very similar, the end of the nose is different colors and often the fur will be different based on the nose color.

Both the red nose and the blue nose pits are intelligent, loyal, loving and full of fun.  They are medium sized dogs that can weigh up to 60 pounds, standing about 20 inches tall.  Males generally weigh a little more than females.

Sadly, the pitbull is often considered to be a dog known for fighting or bullying.  Training, socialization are extremely important with this breed to help ensure they are friendly and make great pets.

The difference between these two types of pitbulls is primarily the color of their noses.  A red nose pitbull will often have different fur colors that blend well with the red nose (light brown, reddish color, etc).

So, let’s meet Chubbs.  Chubbs is a male red nose pitbull.  He has a cute little underbite which makes for an interesting look while we photographed him.  He was a bit unsure what was expected of him, but he was all for getting attention and treats.  Chubbs is giving us his ear to ear grin.  I'm sure after hanging with us for almost an hour he might have been getting a little warm (it was still in the 70s and we gave them water).  But, then again, he might just be a happy boy. 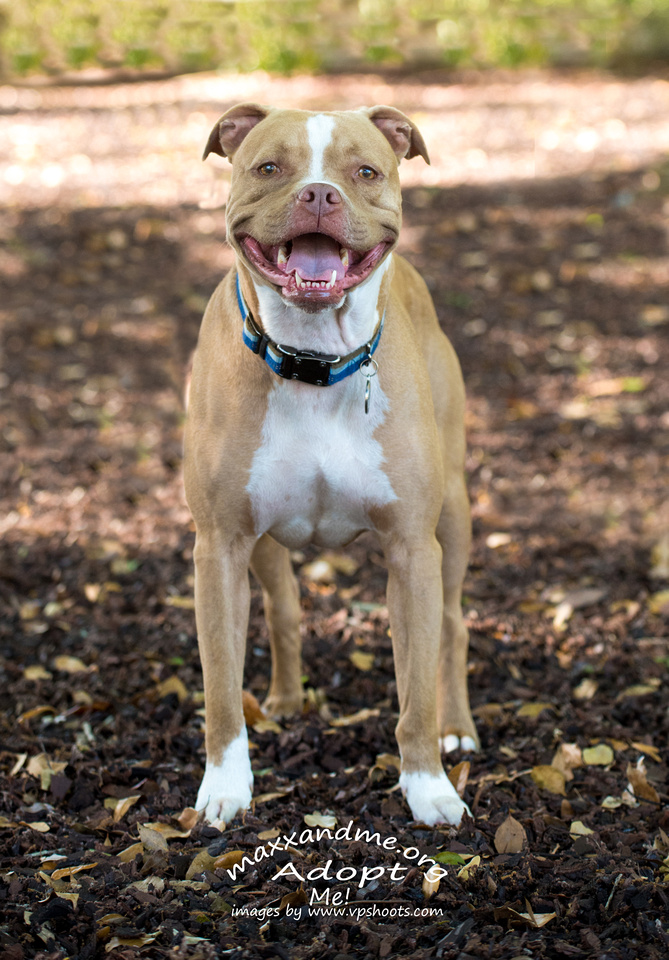 Here's a photograph that shows Chubbs with his underbite along with a cute little row of teeth.  This was at the beginning of our shoot and we had to work hard with getting ears to come forward - they just didn't want to perk up a good portion of the time. 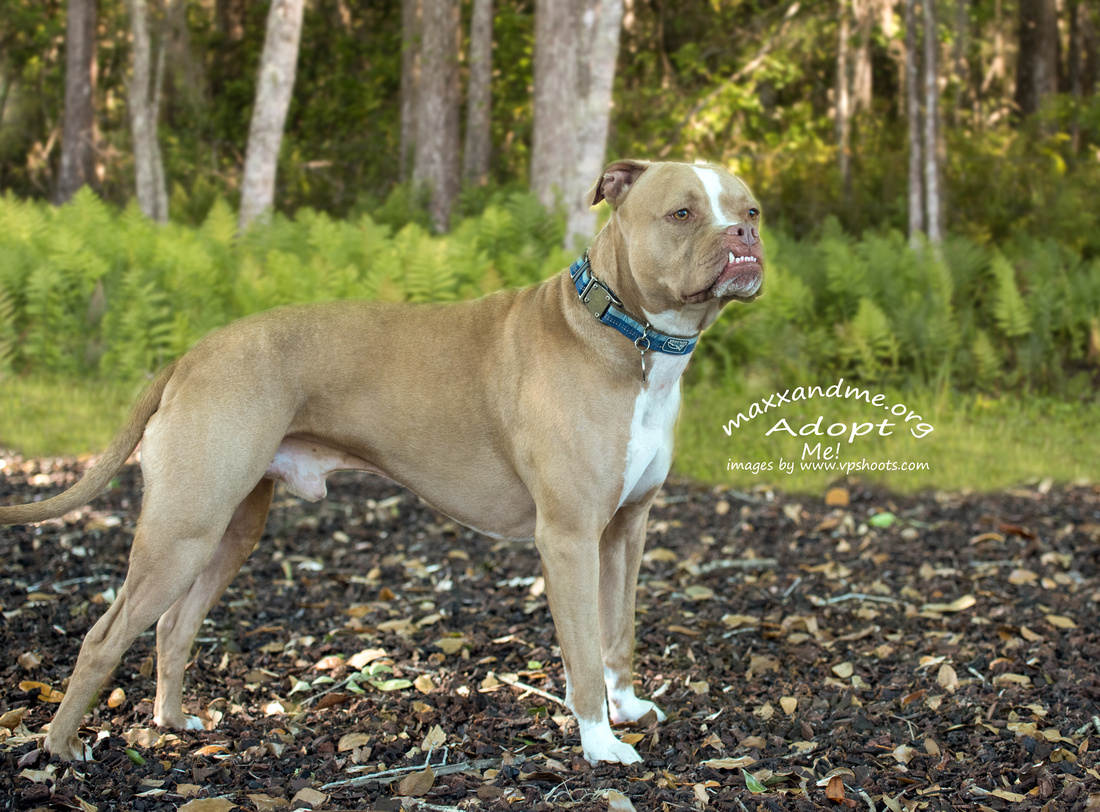 Sadie is Chubbs companion.  Sadie is a female blue nose pitbull.  She was a little more timid when it came to the flashes from our lighting equipment but totally in to all the attention and treats.  Strangely neither of them really cared about any strange noises we made, so we did resort to bribery with food and love. 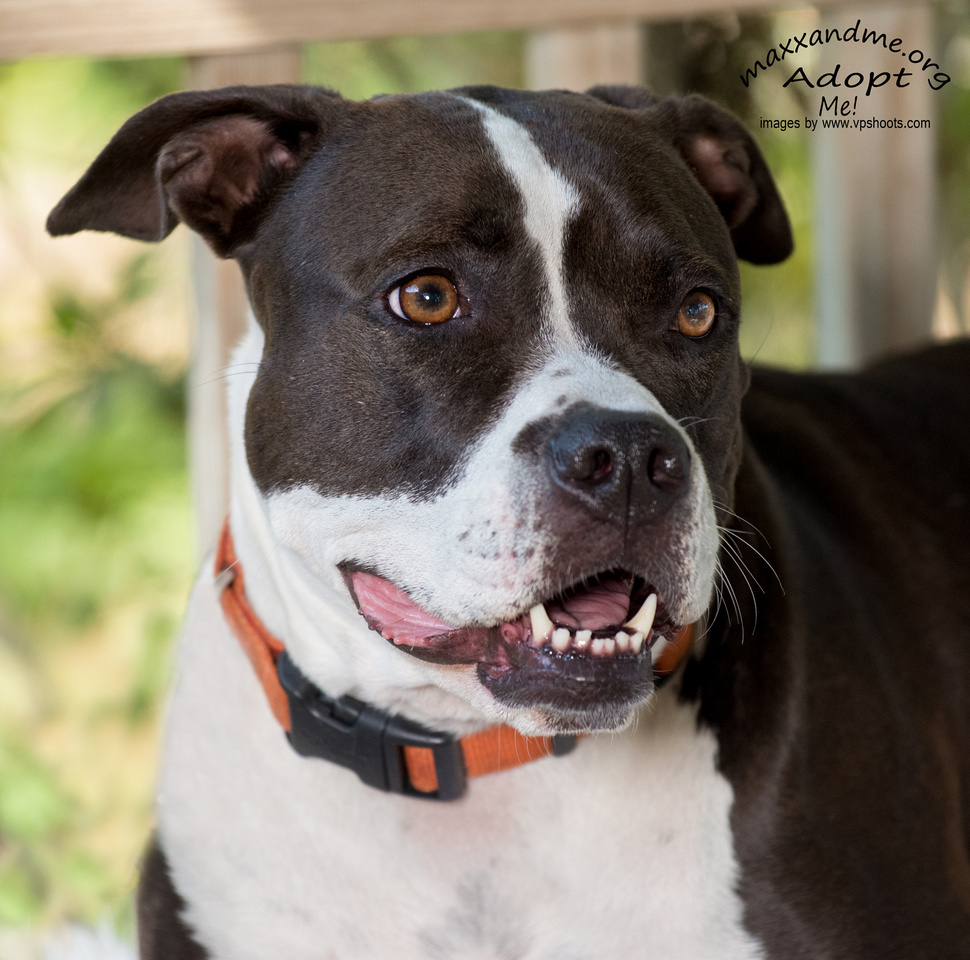 Sadie was having a little more trouble with this whole modeling idea.  I asked if she liked blankets, the response was yes - so we got a little furry blanket out and let Sadie check it out.  It was definitely a hit and we started getting some great photos of her. 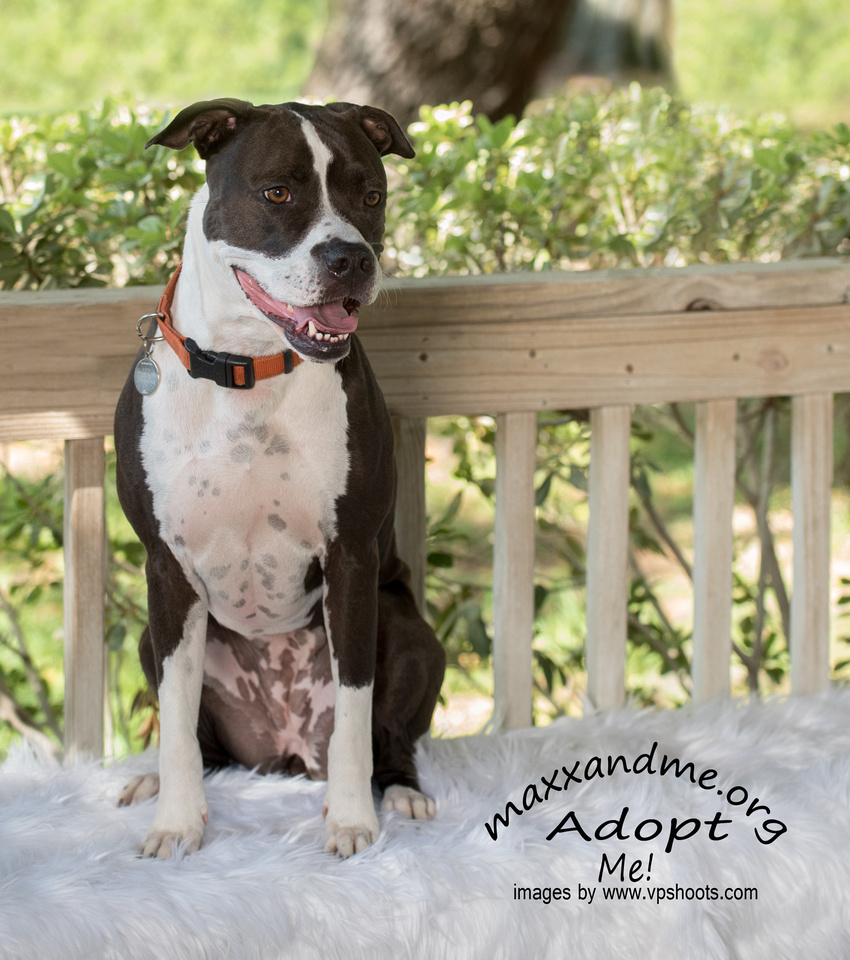 These two dogs did very well on a leash so we were able to take them to a local park and take photographs of them (we had the park to ourselves on this work/school day). 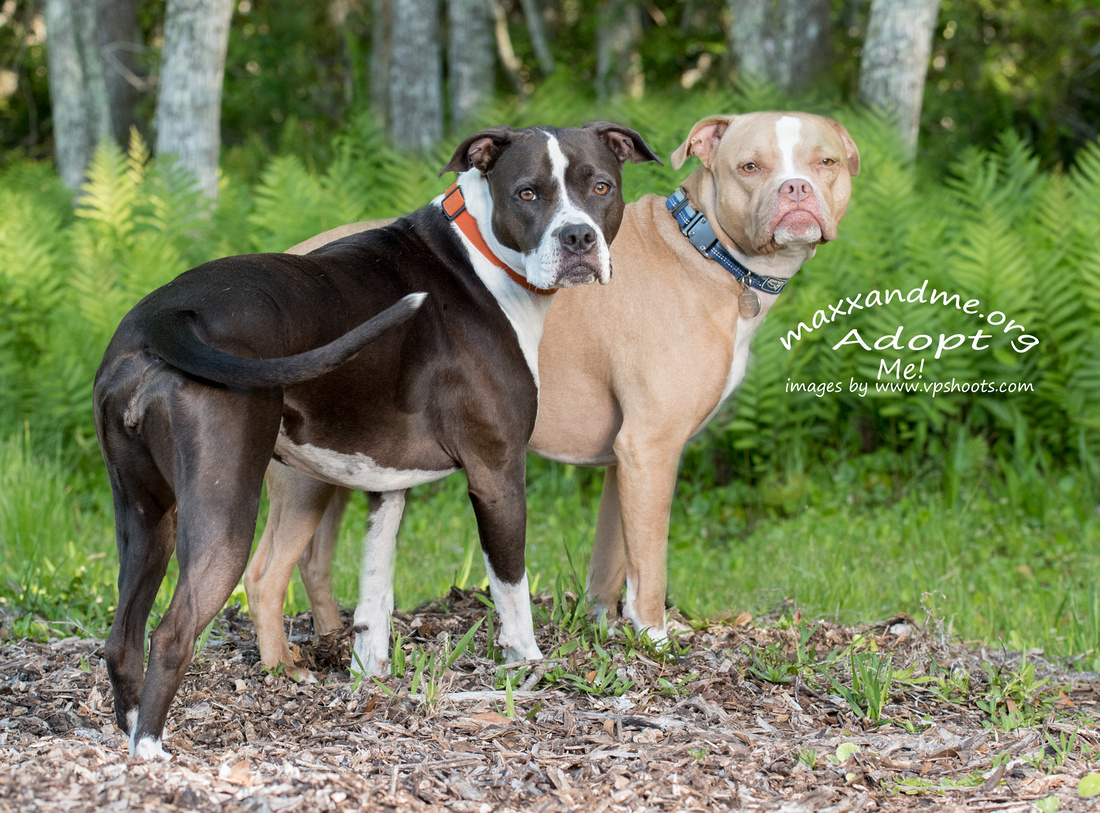 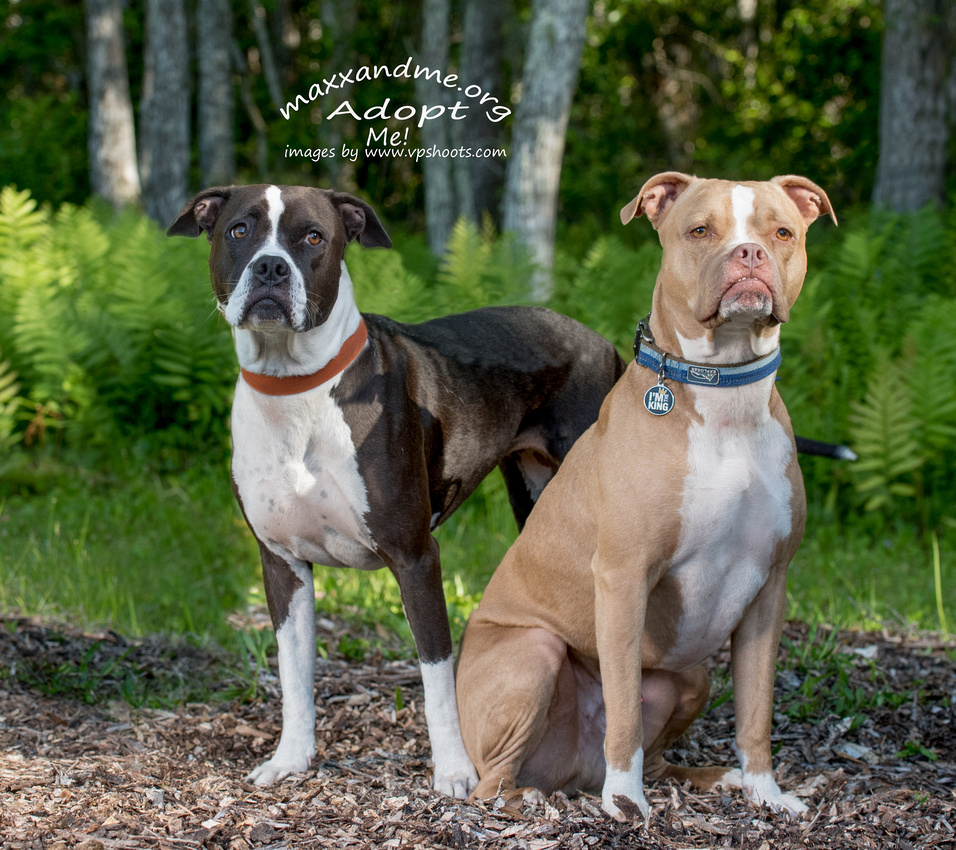 If you would like to discuss or book a custom pet portrait session, send an email to [email protected] or give us a call/text Linda at 813-610-2671 in the Tampa Bay area (Hillsborough/Pinellas/Pasco/Polk counties in Florida).  We have flexible rates and packages to fit most everyone’s budget as we believe that having wonderful photographs of your pet is important to so many people.

nancy(non-registered)
OMG- that last photo with Sadie's soulful eyes breaks my heart. I hope they find a home together.
Terri Jankelow(non-registered)
These 2 are gorgeous! In spite of your issues with their ears the photos are lovely. I hope that they find a good home!
Danyel Rogers(non-registered)
I love how different each of them looks. Similar but different.
Angela Schneider(non-registered)
What a handsome pair. I hope they both find their forever homes soon!
Elaine(non-registered)
Interesting read! Once again, thank you for taking such beautiful photos of dogs in need of homes. I love the photos of the two together at the park!
No comments posted.
Loading...
Subscribe
RSS
Recent Posts
Waterrock Knob Overlook, Blue Ridge Parkway Letting go, memories after your dog (pet) crosses the Rainbow Bridge Happiness is....spending time with your fur kids (aka, dogs) What kind of dogs are they? Tampa's Riverwalk is dog friendly! Photography session with a large dog named Buck Dog friendly lakes, Western North Carolina A walk at dog-friendly Lettuce Lake Park in Tampa, Florida St. Patrick's day dress up for the dogs Photographing for local pet rescue
Keywords
canine dog vpshoots outdoor pet photography Florida dog photography pet photography blog park rescue
Archive
January February March April May June July August September October November December
© VP Shoots Photography
User Agreement
Cancel
Continue