On Saturday, Jim and I had the pleasure of photographing this event at a local pet center, Advantage Pet Center.  We met MWD Damon - he is a retired German Shepherd who served several tours before retiring after being injured (he was not injured in the line of duty).  Damon was born on 15 August 2009 and began active duty on 10 August 2011.  His specialty while serving is Detection.  Oh, in case you're wondering, Damon was in the Air Force.  He has been retired for a couple of years and now lives with his human, "Dog". 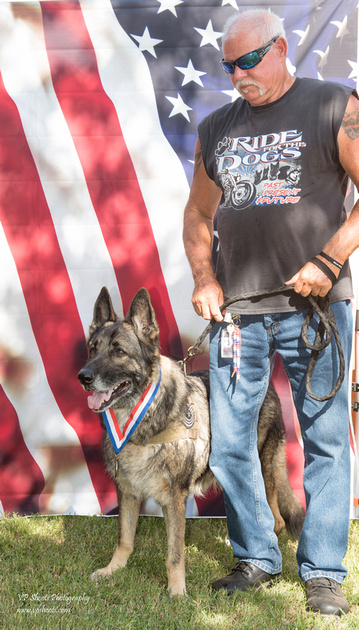 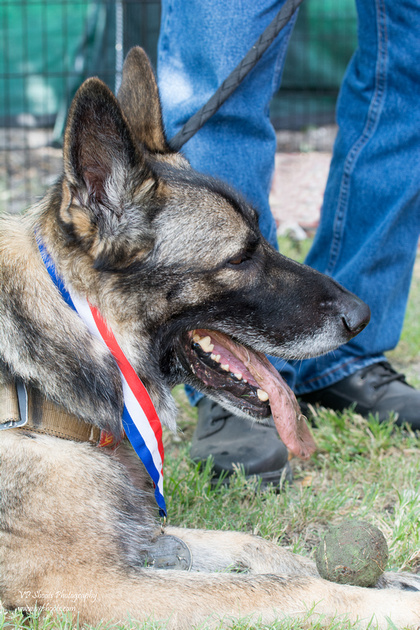 Damon loves his ball, he found it at the event in the play yard and was very protective keeping it close by. 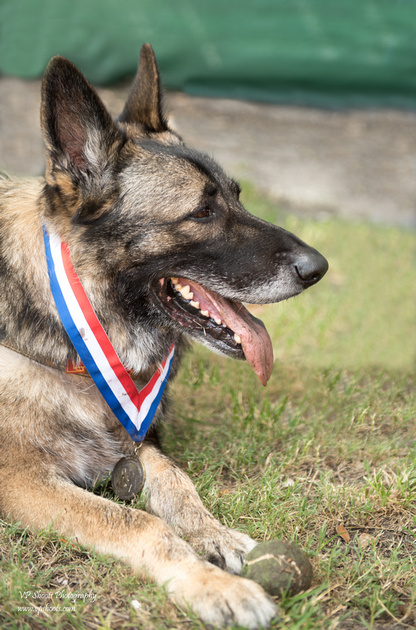 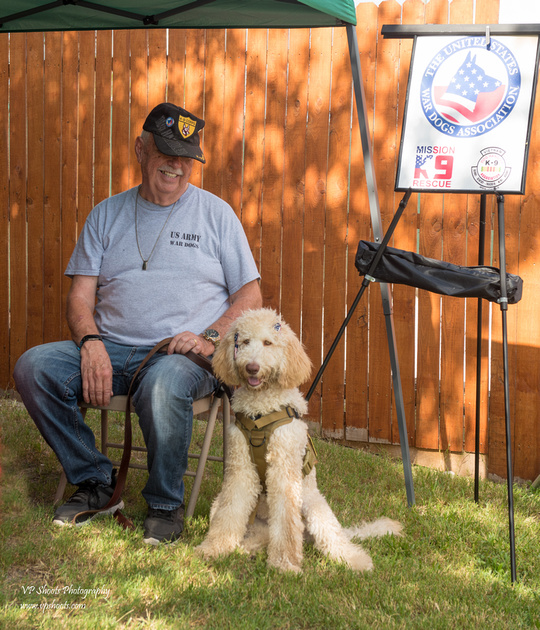 Thank you for serving our country Damon - we appreciate it!

Thank you Dog for adopting Damon after he completed his years of service.

Thank you Barbara and your supporters at the event for supporting the war dogs through K9 Rescue.

If you're interested in more information about these organizations please take a few minutes to look at these links.