This past week Jimbo and I took off for a quiet morning just the two of us.  As I drove north on Highway 301 the fog began to get dense - I didn't really want to drive in dense fog on a two lane road - so I decided to turn off into Hillsborough River State Park.  Normally, I would head over to the River Rapids trail, but today I noticed all the different flowers blooming, so we took a different trail.  With the window down, the breeze coming in, Jimbo poked his head out the window and enjoyed the time riding around in the park.  Eventually, we got around to the last parking lot just before we were back at the exit.  We got out and started walking down this trail (which appears to also be a road in the park for the staff).  We were the only car in the parking area, it was quiet.  Eventually, way up ahead, wow - there is a deer! 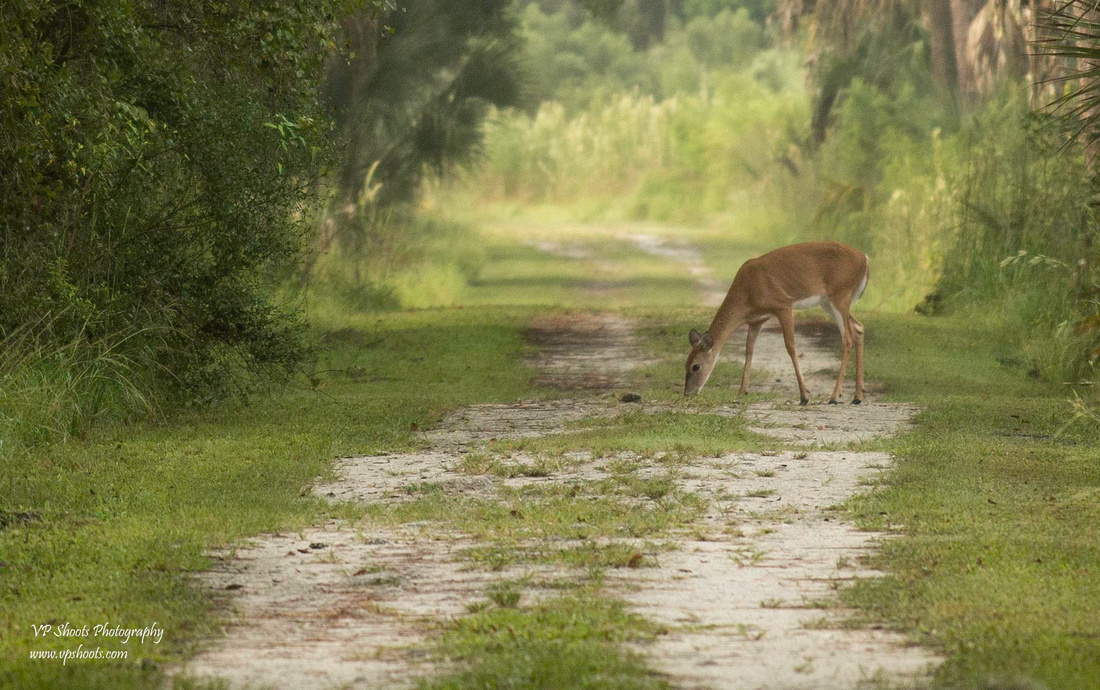 I know there are deer in a lot of places, people that live up in the Wesley Chapel area see them all the time - but they aren't here near where I live - so I still really enjoy seeing them out in the wild.

The deer is a good distance from us, not aware at first of us walking quietly - but eventually she looks up as she saw us. 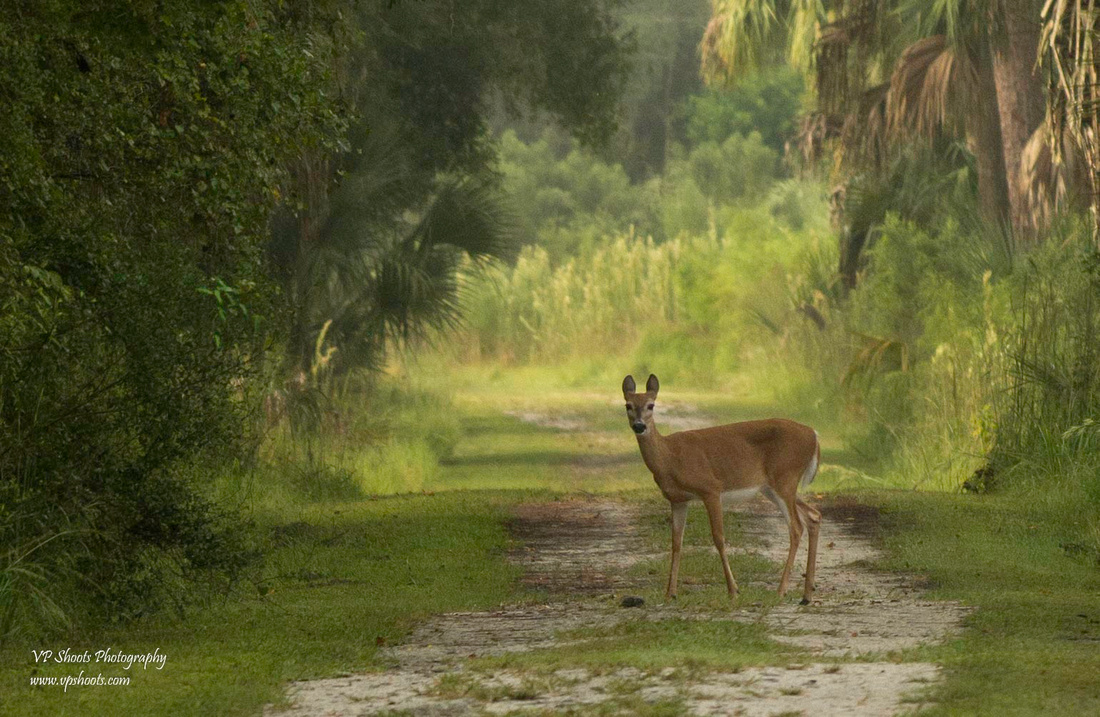 We were to far away, not a threat to her - she went back to eating for a while. 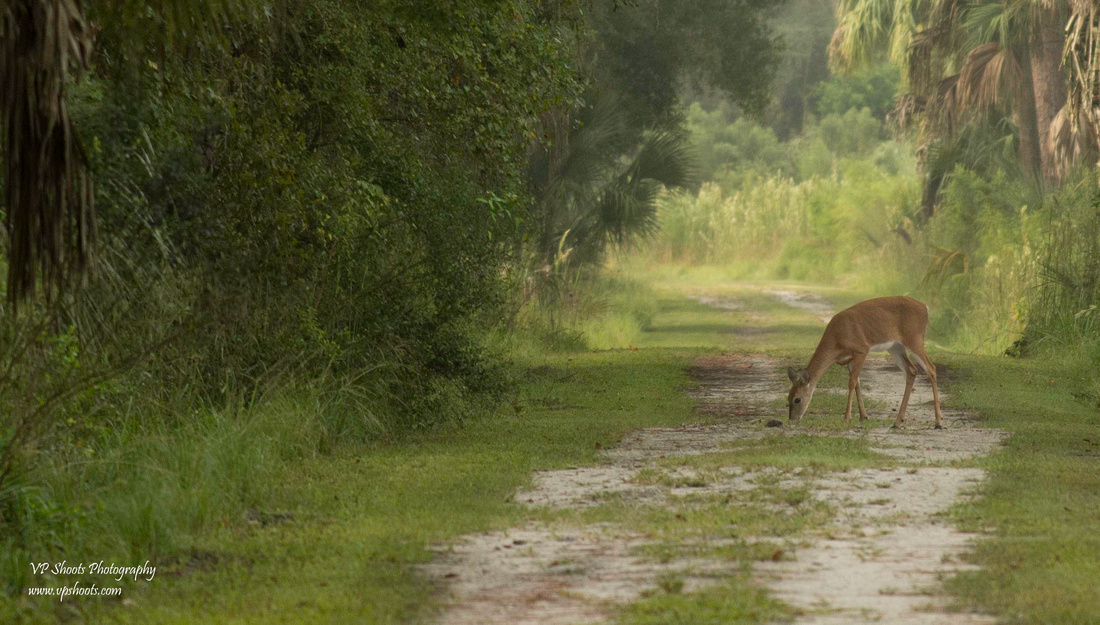 And then as quickly as she appeared, she disappeared!  But that made the walk worth it for me - seeing nature out in the wild.  I've seen deer at this park one other time and it was when I was the first to enter the park soon after they opened (maybe if I camped out here someday - the campgrounds look really nice - but until then, it's early mornings!).