As we begin to get into the swing of the new year, our Pet Photography blog theme this week is "rule of thirds".  Let's begin with discussing what exactly the "rule of thirds" is before jumping into this blog post to far.  This is a basic composition rule that can be followed when creating photographs.  Keeping in mind, that it is a guideline for composition within photographs that can be applied but is not required.  All guidelines (or rules) can be broken within photography and still provide for wonderful photographs.  So here goes, "The rule of thirds involves mentally dividing up your image using 2 horizontal lines and 2 vertical lines. Divide the photo into three equal areas by drawing two horizonal lines, then divide the photo into three equal areas by drawing two vertical lines. You then position the important elements in your scene along those lines, or at the points where they meet."  Take a photograph, draw these imaginary lines - take a look at a photograph, and see what is in each of the areas, particularly those areas where the lines on your imaginary photograph intersect.

Meet Amore, a beautiful black and white male rescue dog!  Wow, when he greeted us it was like he had just met up with old friends (and we had never met before!).  This photograph has Amore's head and eyes close to the top left corner where the lines will intersect.  Amore is looking into the

frame as his eyes are looking towards the right and two thirds of the photograph is to the right of Amore's head and eyes. 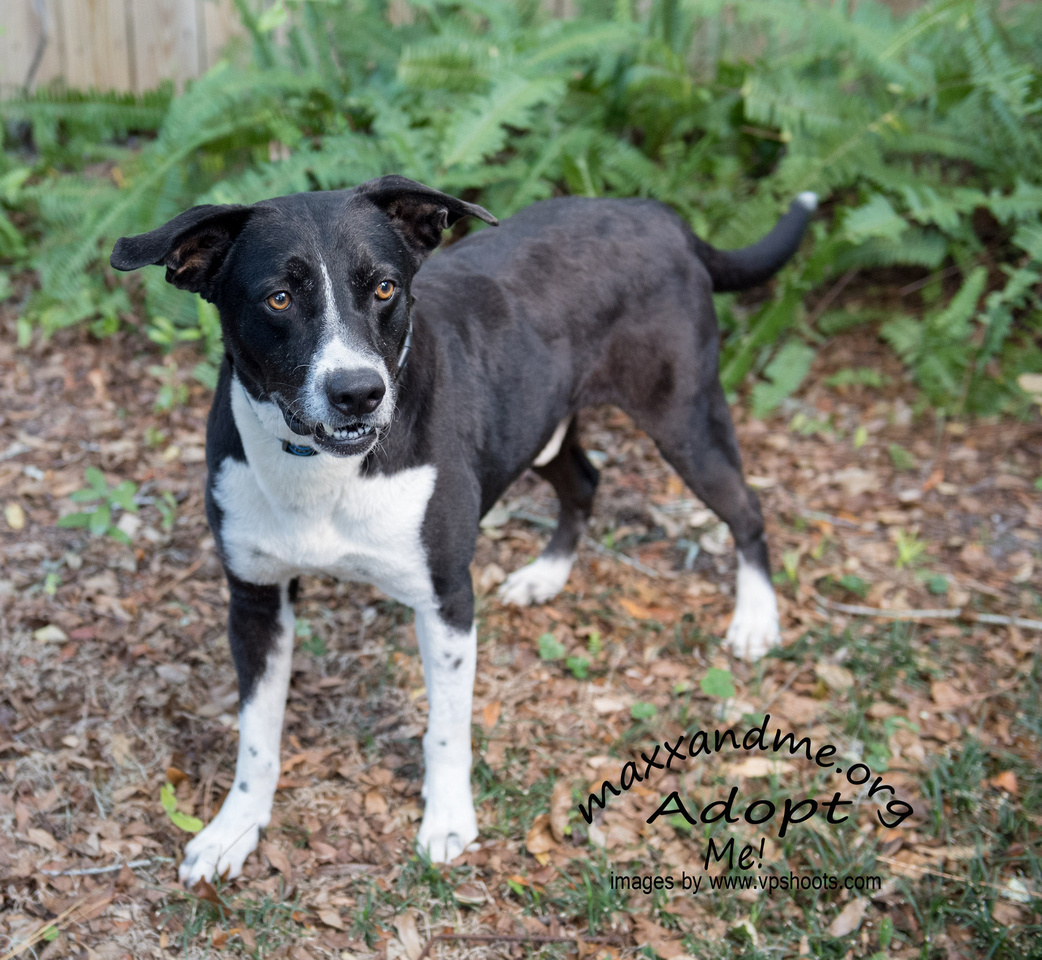 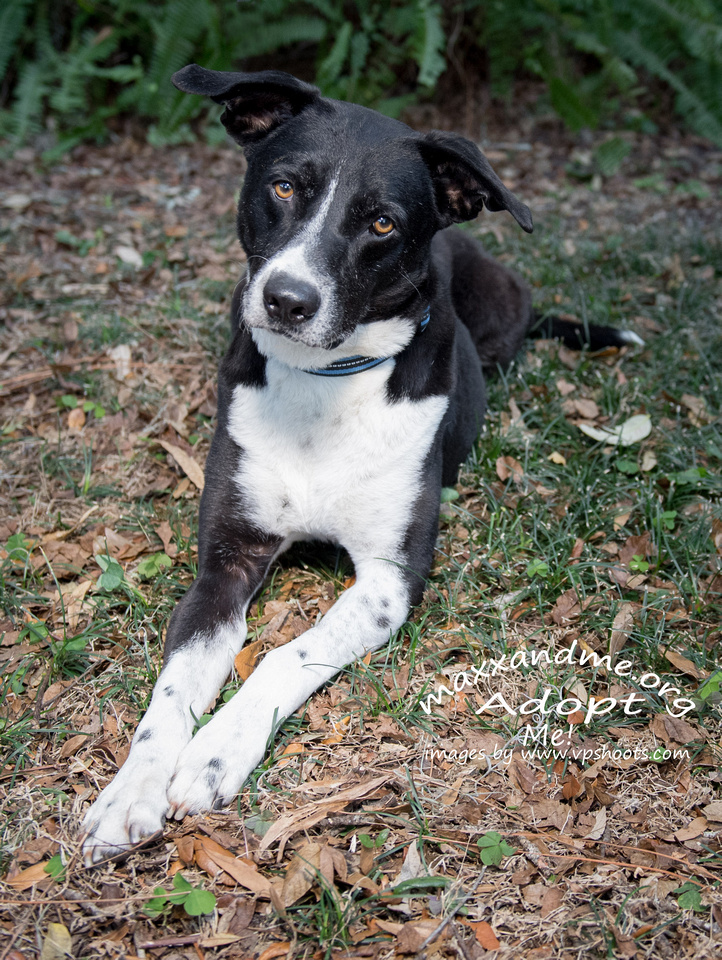 In the next photograph, Amore is laying down on the ground and I'm laying down in front of him.

This isn't quite the 'rule of thirds' as Amore is filling a large portion of the frame - but his right eye is close to the intersection point of the rule of thirds lines.  Also, note that Amore is not in the center of the photograph but a little to the left of center. 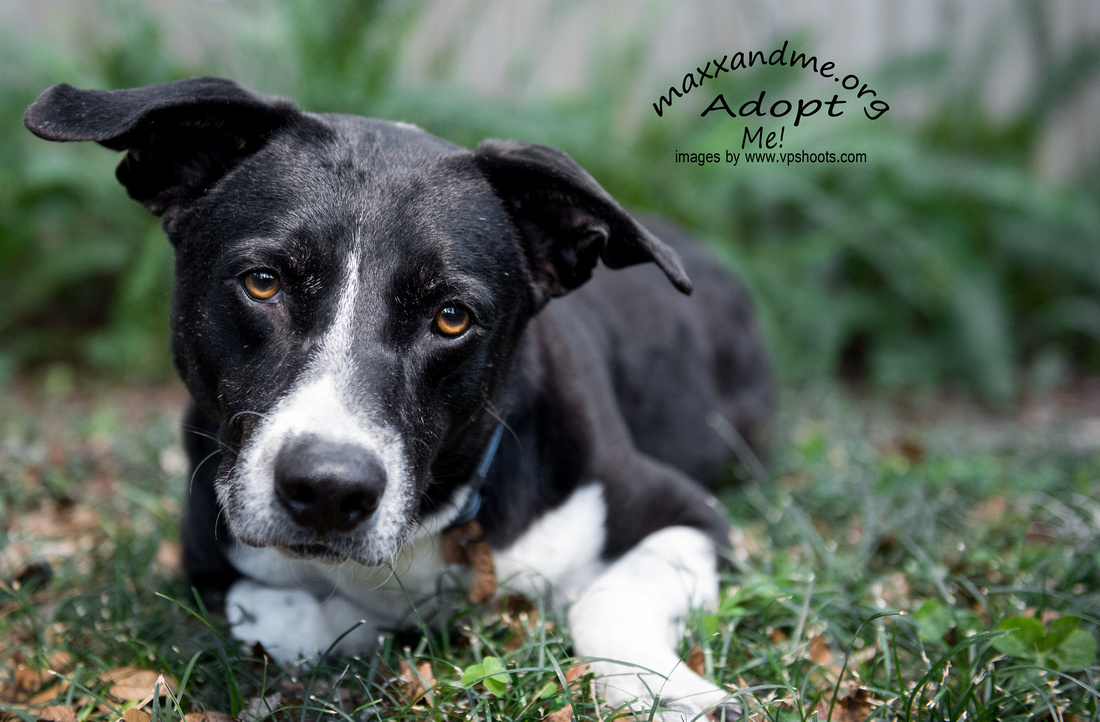 Here's Amore laying down with his head in the miniature mondo grass - I laid down in front of him, used a shallow depth of field and focus directly on his eyes.  This gives the viewer perspective to what Amore is seeing and draws you into his world.  I love the dark soft greens surrounding Amore in this photograph.  While the rule of thirds is not applied in this particular photograph, it shows that sometimes putting your subject in the middle does work! 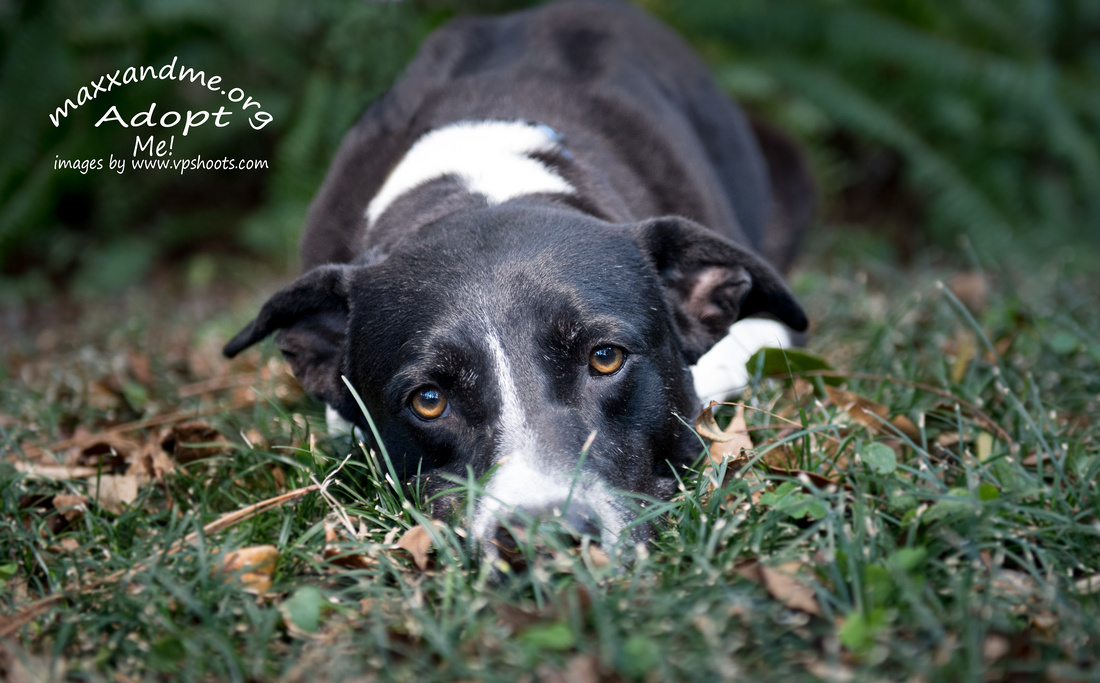 Amore is available through Maxx and Me Pet Rescue (maxxandme.org) if you're interested in meeting him and potentially adopting him.  He is approximately 55 pounds and 5 years of age. For more 'rule of thirds' pet photographs head over to visit KME Photography in Minneapolis, MN

and then head around the rest of the blog circle.

If you would like to book a custom pet portrait session, send an email to [email protected] or give us a call at 813-610-2671 in the Tampa Bay area (Florida).