The Tampa Times had an article not to long ago about the various cigar factories that once were very prominent in the Ybor and Tampa areas.  Today, many of the buildings still exist - the Tampa Times reported about 25.  Of the buildings that still exist, some are abandoned, others have been re-purposed into apartments or other uses.

Today's blog post features the "Perfecto Garcia" building located at 2808 16th Street in the Seminole Heights area of Tampa.  Seminole Heights is a little north of Ybor and is full of history and historic buildings and homes.  Several of the homes across the street from this old Cigar Factory have been renovated having originally been built in the 1920s (traditional bungalow style).  Several people stopped by and asked if we were taking photographs for "historical purposes" and definitely we were.  One gentleman stopped and talked with us for a little while - he renovated a home across the street which was formerly one of the homes for people working in the cigar factory (management employees).  In fact, most all the homes that are in this general area were at one time occupied by people that worked at this cigar factory.

During the peak period of the cigar industry, Perfecto Garcia and his brothers employed over 1,000 people  - in the fields, stores and in the red brick factory.  The factory closed in 1982 a victim of the Cuban embargo among other things.

This building has the water tower that I've seen for years and is noticeable from Interstate 4 - now after decades, I have actually seen where this water towel resides - yeah!

It is stated that this 47,000 square foot building has recently sold and hopefully will start to see new life as it begins another journey. 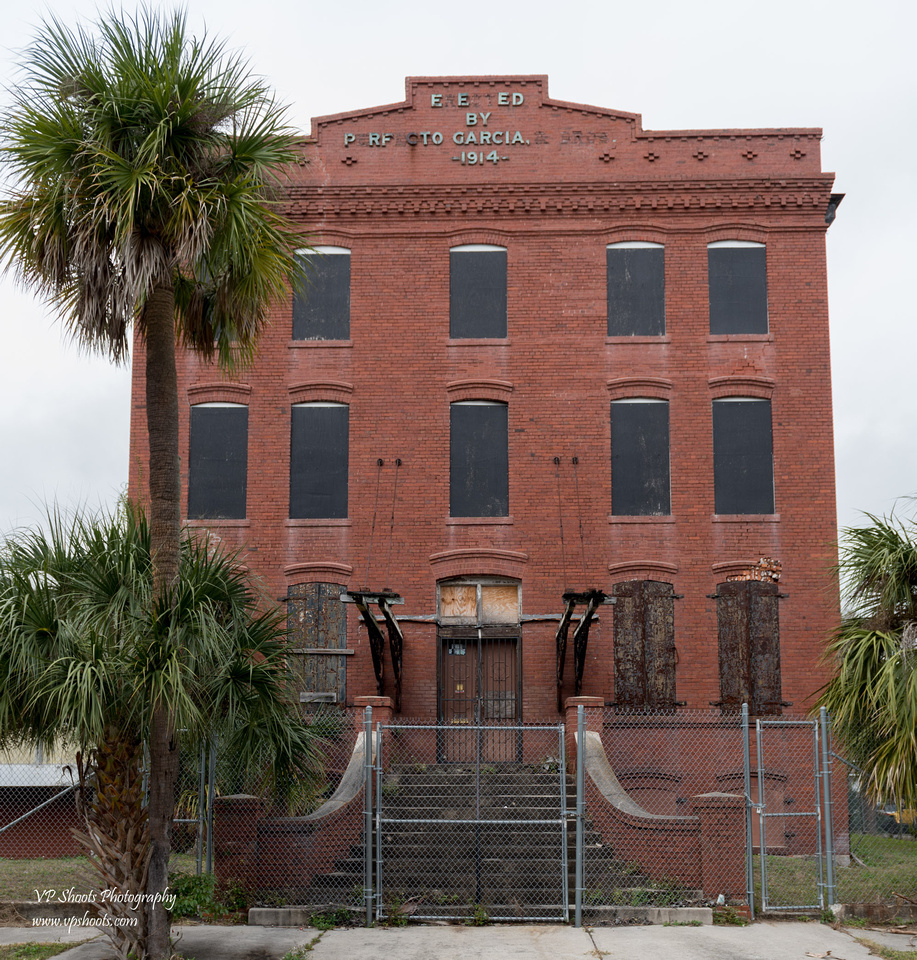 The building currently has a chain link fence surrounding it, but it has not stopped vandalism. 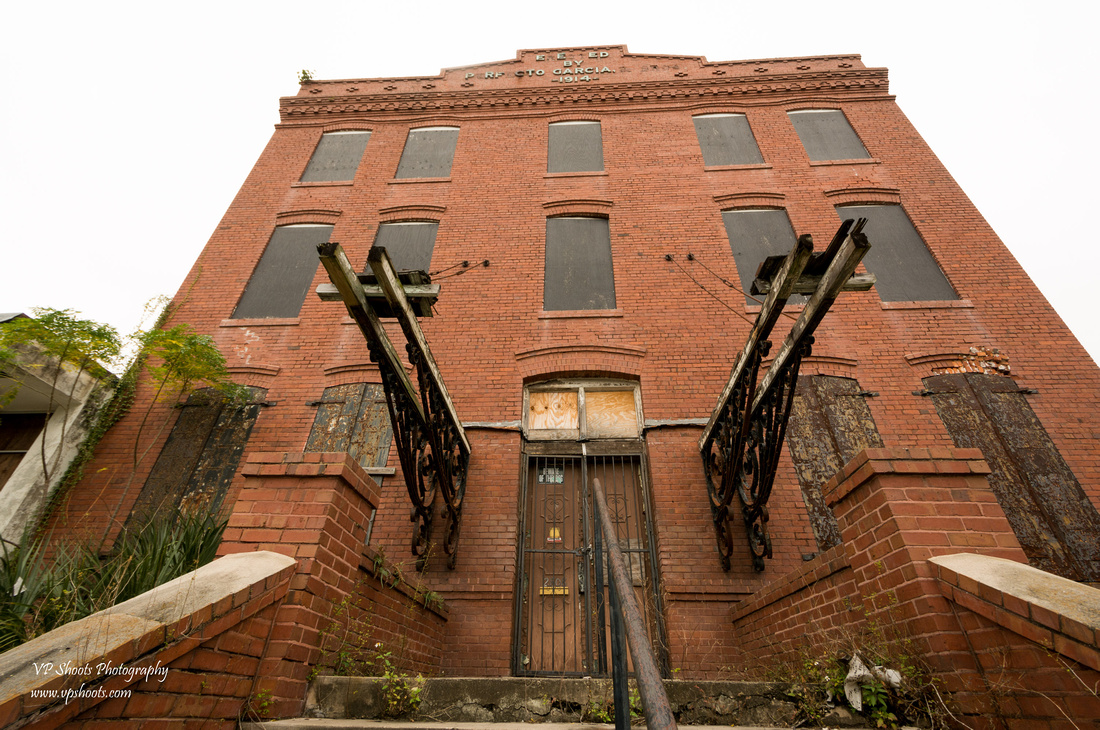 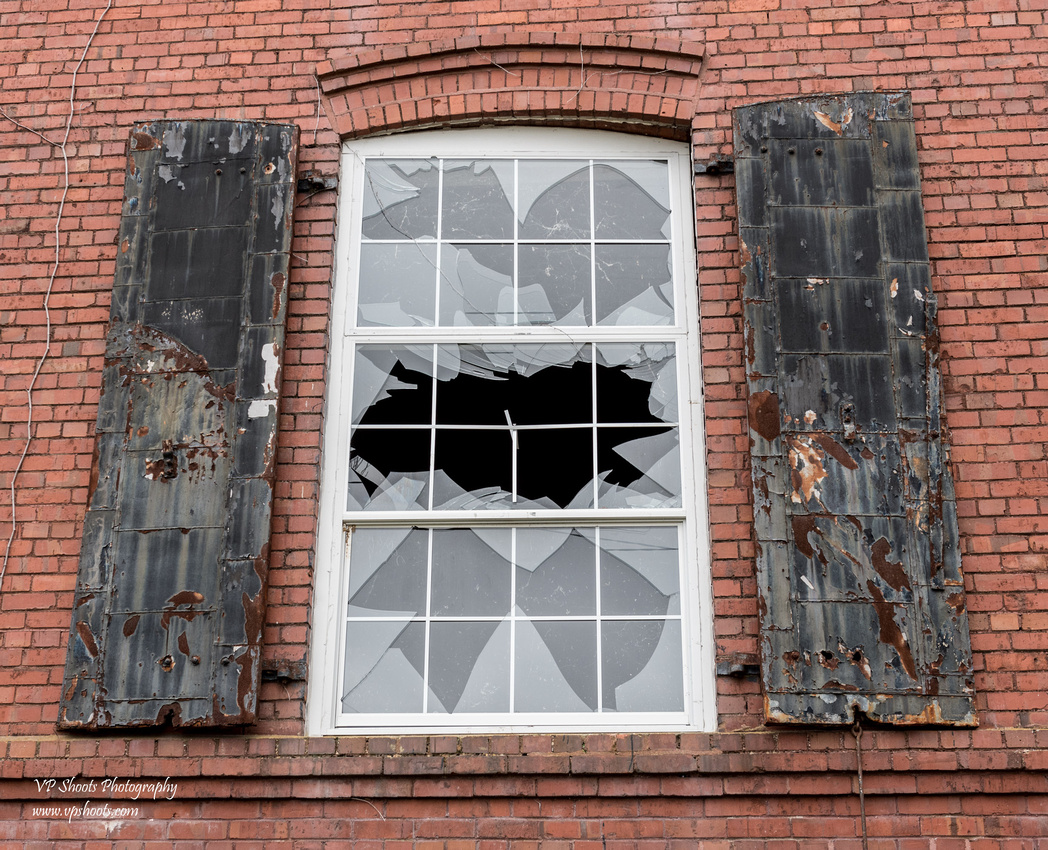 The weeds grow along the stairway to the doors....a sign of neglect and better times (It's been over 30 years since the doors shut). 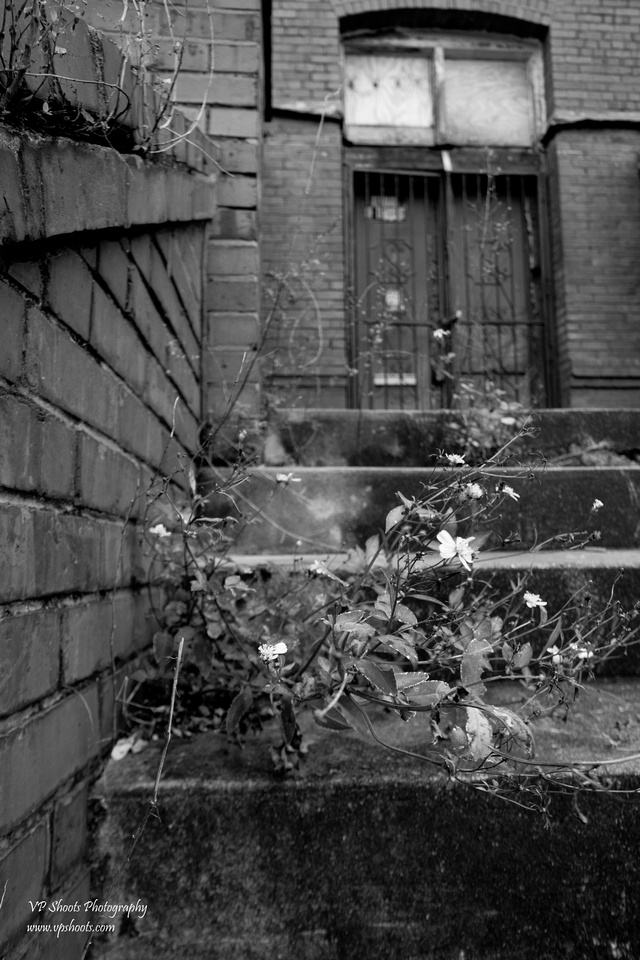 Cracks in the brick wall can be seen.  Amazing that the building is still in such good shape from the outside as it is now over 100 years old. 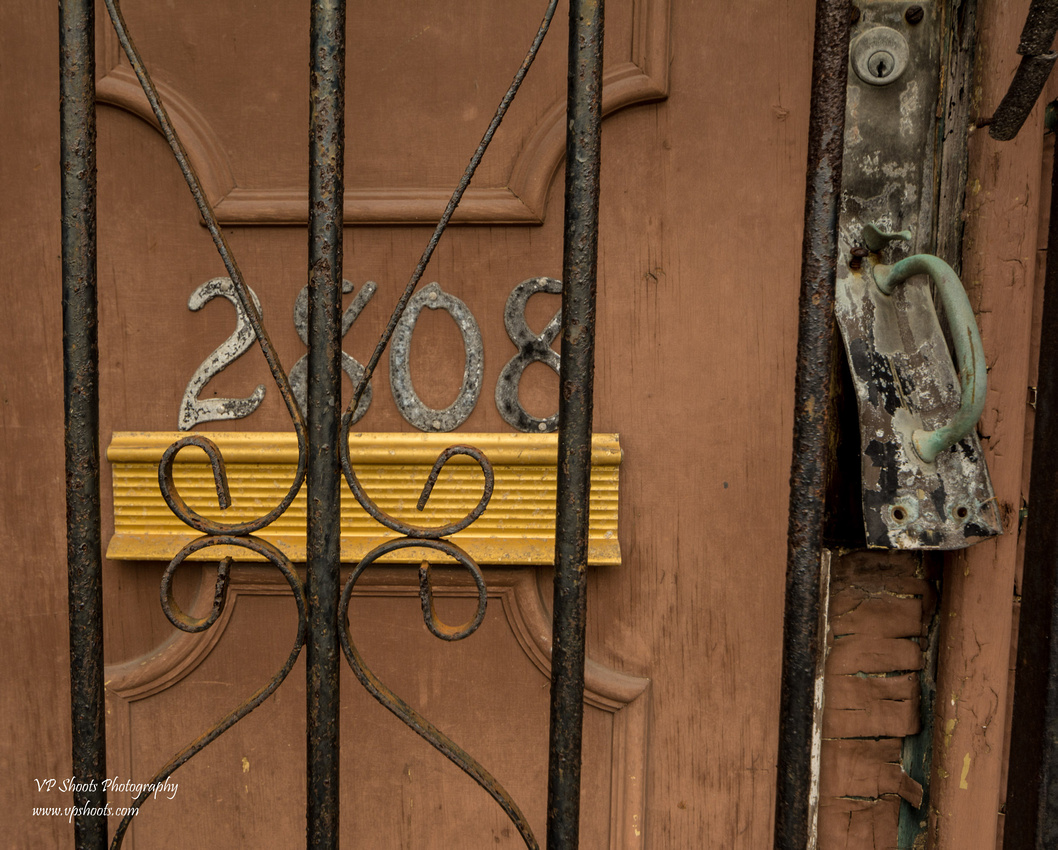 If you're interested in the Cigar Factories of Tampa and those that helped to run them check out this link: http://cigarsoftampa.com/portraits.html

There are several different articles on this cigar factory and others found by a "Google Search".