Week 39 of the Pet Photography Blog Circle - this week's theme is "Textures".  I can't believe that it is already the 39th week of 2017 - this year is flying by rather quickly!  Using textures on photographs is something that I have done in the past with flowers and other subjects, but not specifically pets.  This past weekend, Jim and I fostered two of the little puppies that we had photographed earlier in the week for a couple of days.  Now, I have an appreciation for the amount of time one will spend when you have two little darling puppies about 11 weeks of age.  They are full of energy!  My personal goal while having these little bundles was to capture some more photographs.  I think the little puppies had a personal goal of having as much fun and run around time as possible since they had new territory and a bit more freedom than previously.

A good portion of our time was spent outside on our patio where the little puppies were introduced to cats.  They did well but my poor blind kitty had no clue what they were just that she didn't want them bothering her!

Onward to puppy photographs using texture.  The first one is of "two" (nicknamed "two" because she was the second puppy we photographed and they are waiting for the forever homes who will give them real names).  Two finally wore out enough to allow capturing her photograph - the texture in our wood decking provides a simple and non-distracting background for this little puppy photo.  "Two" is a very outgoing puppy who seeks out new opportunities to investigate just about anything within her reach.  She was the more outgoing of the puppies. 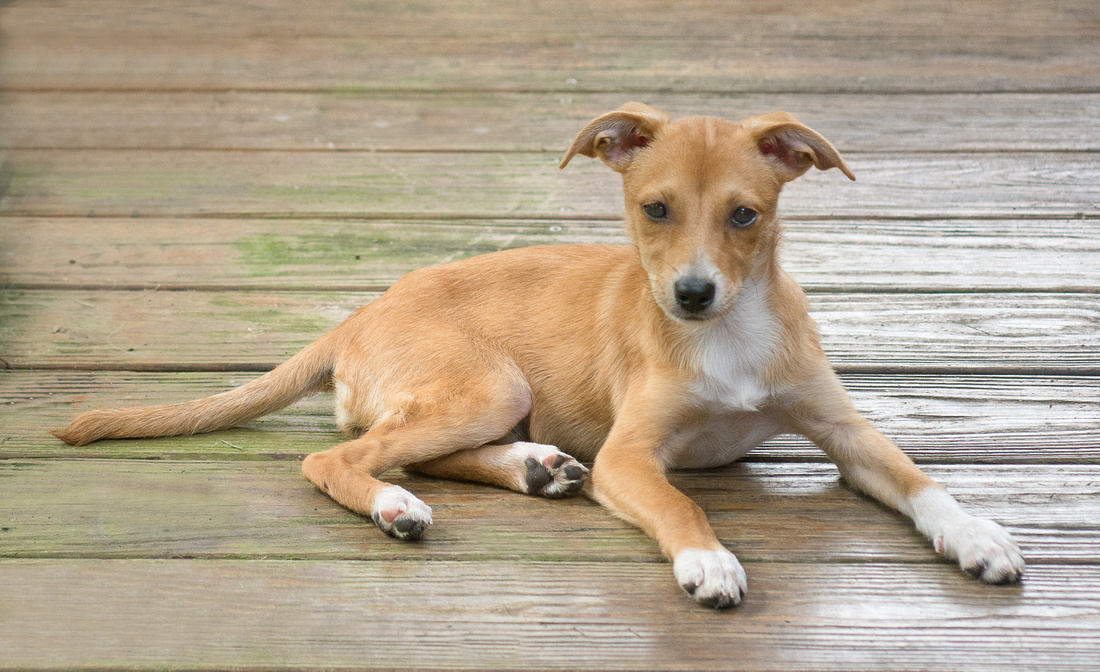 Next up is "Three" but we eventually started calling her "Red" as she has a beautiful golden, slightly red color fur.  "Red" is a bit shorter and more solidly built than her sister.  She loved to sit in my lap while watching her sister run around - but she was also the easier of the puppies to capture portraits.  The photograph below shows the texture in our concrete patio as well as the texture in the little chew toy. 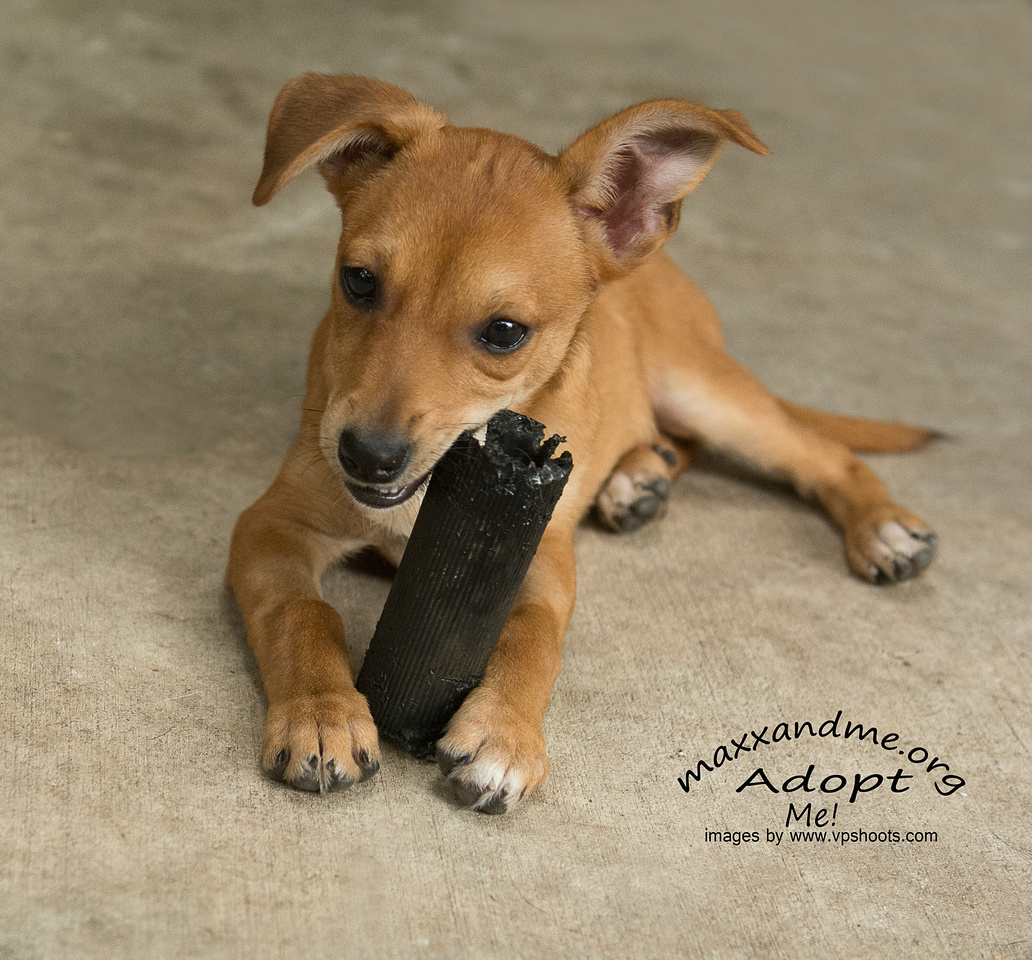 The next two photographs show the soft texture of a blanket with the little puppies.  A quiet, thinking moment for "Two" as she rested nestled in the blanket. 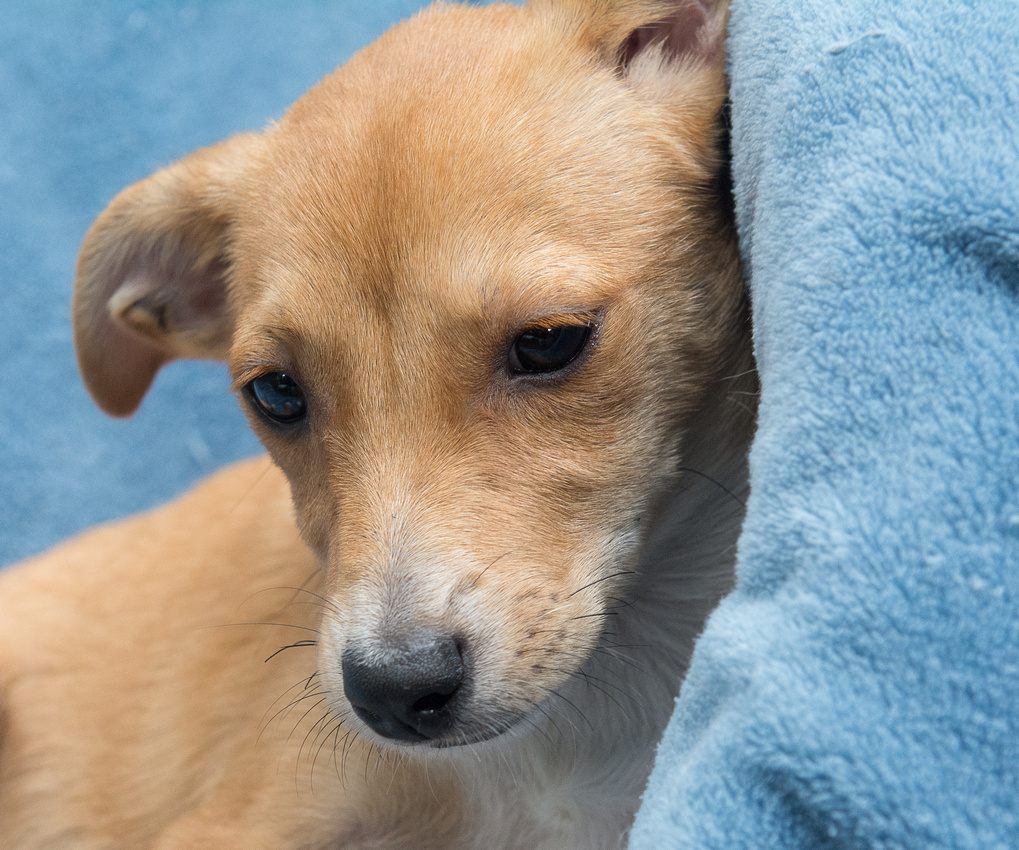 This last puppy photograph took the longest to capture - how to get the young, playful and energetic puppies to pose in a single photograph.  It was not easy, but eventually after taking a large number of 'bloopers' we got one!  Two is on the left, Red (Three) on the right. 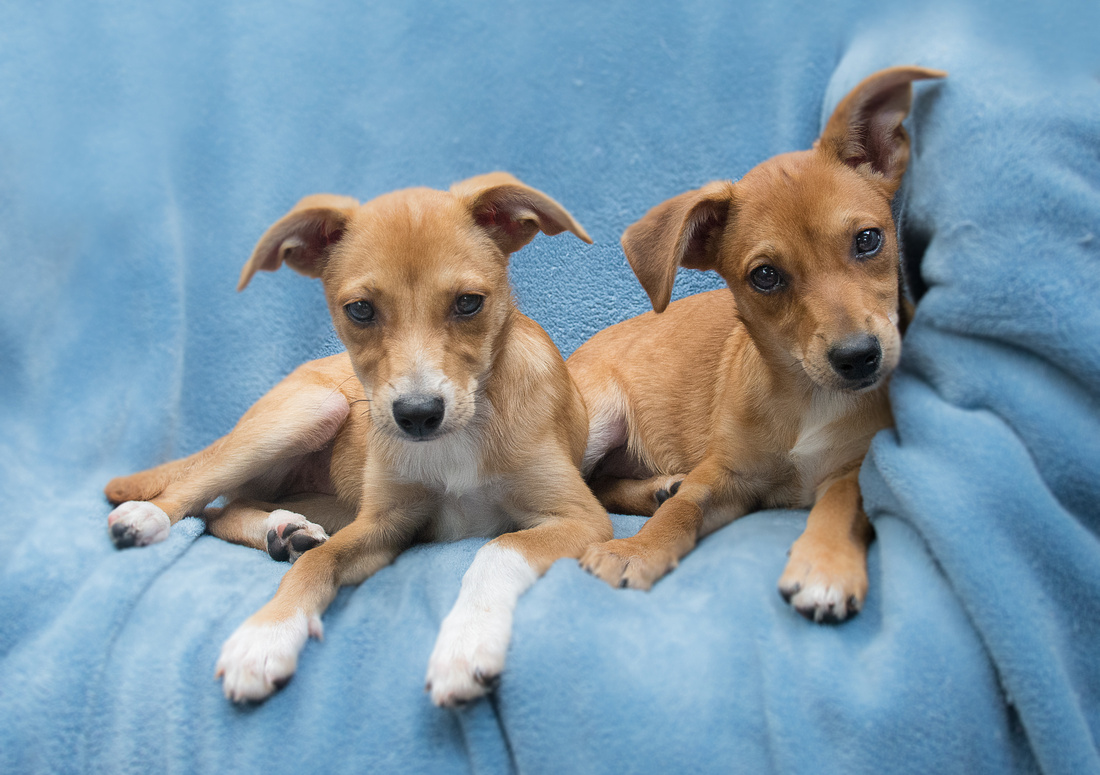 And for our closing photograph, our two puppies watching what is happening inside the house. Red on the left, Two on the right. 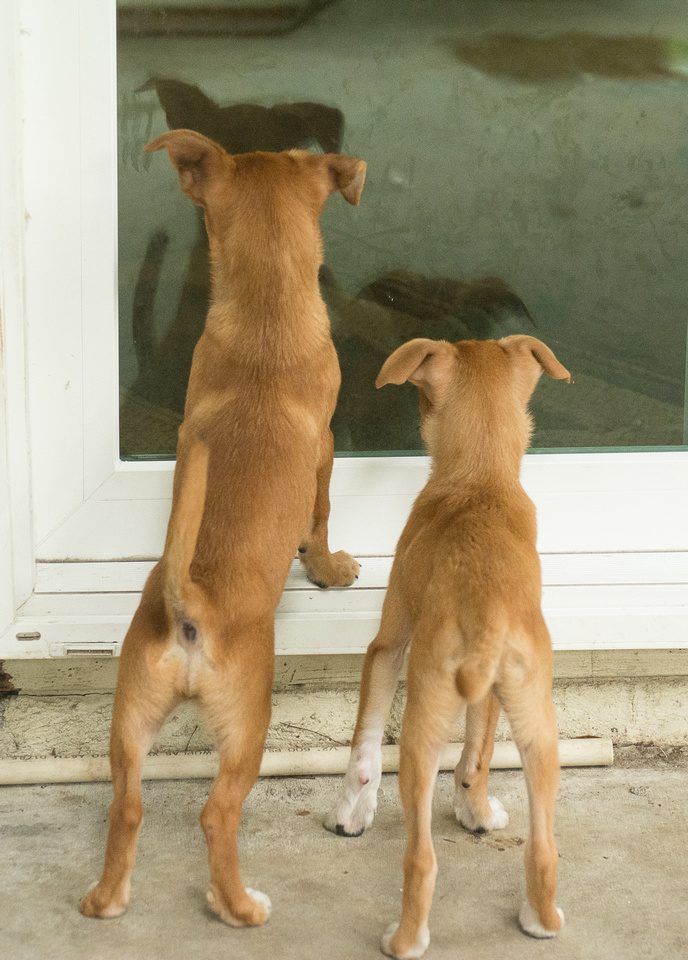 For more 'texture' pet photographs head over to visit Darlene with Pant the Town Pet Photography serving MA and NH and then head around the rest of the blog circle until you end up back here.

If you would like to book a custom pet portrait session, send an email to [email protected] or give us a call at 813-610-2671 in the Tampa Bay area (Florida).  Special discount if you're looking for an 'end of life' portrait.