Lowry Park Zoo has signs all over Tampa letting us know that the Dinosaurs are going extinct over Labor Day weekend (just a week away).  I decided to check out the exhibit before the dinosaurs left town.  They have an area in the south east corner of the zoo that they use for a lot of the special exhibits and this is where the dinosaurs are living.  Check out some of the dinosaurs that are there.  I liked this one because of the colors and hair along it's back.  It's one of the first ones coming into this exhibit.

Here's one that has feathers - its called a Utahraptor. It's overall size is about 6 feet tall at the hips (not including the head), 2,000 pounds and a length of 23 feet. 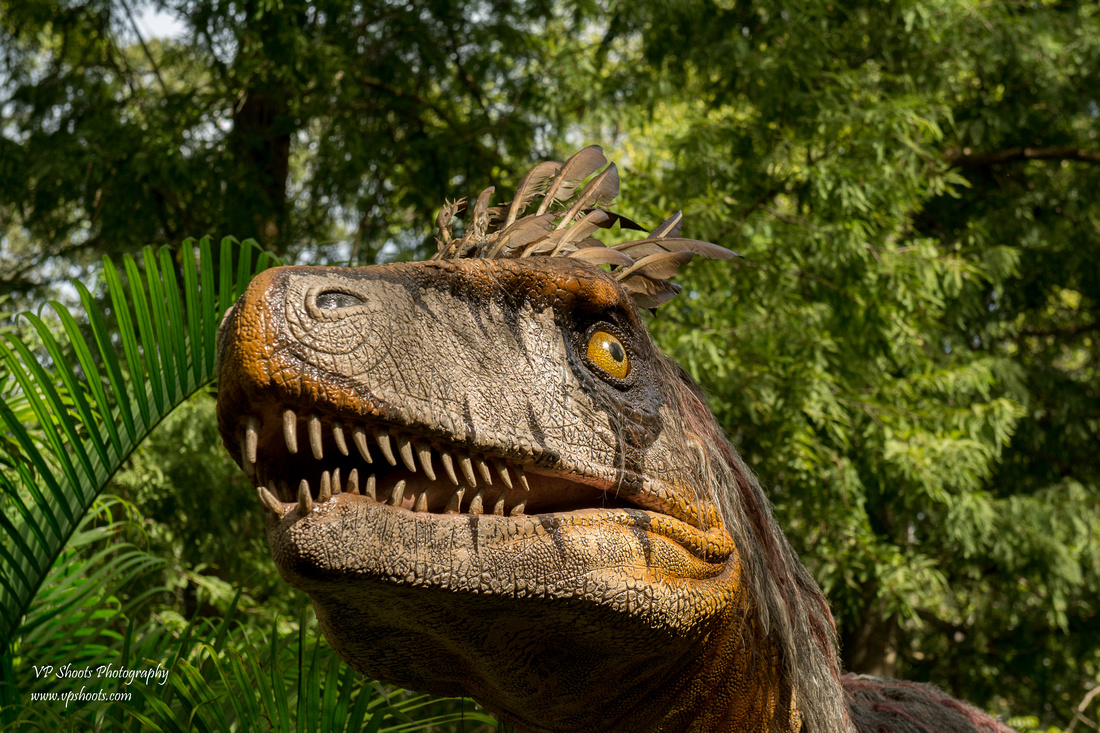 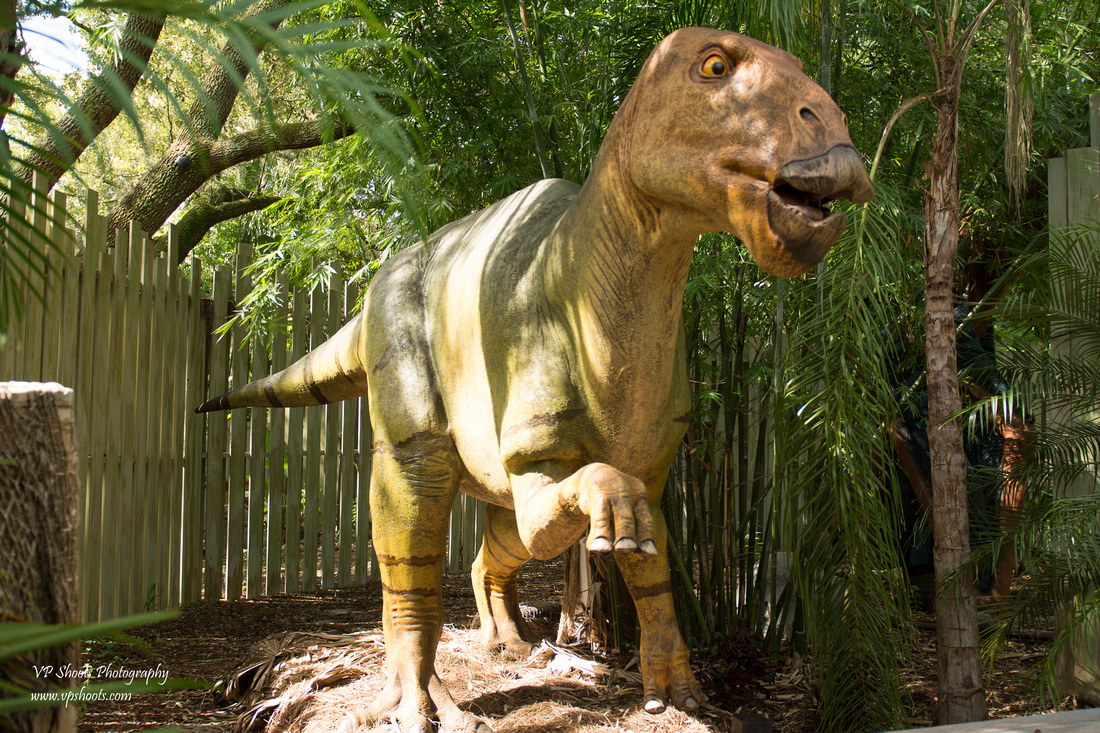 Check out the eye on this one, it's not as large as some of the others but still has enough size that it could do some serious damage. It's about 9 foot in length, 3 foot in height but weighing in at 50-100 pounds. 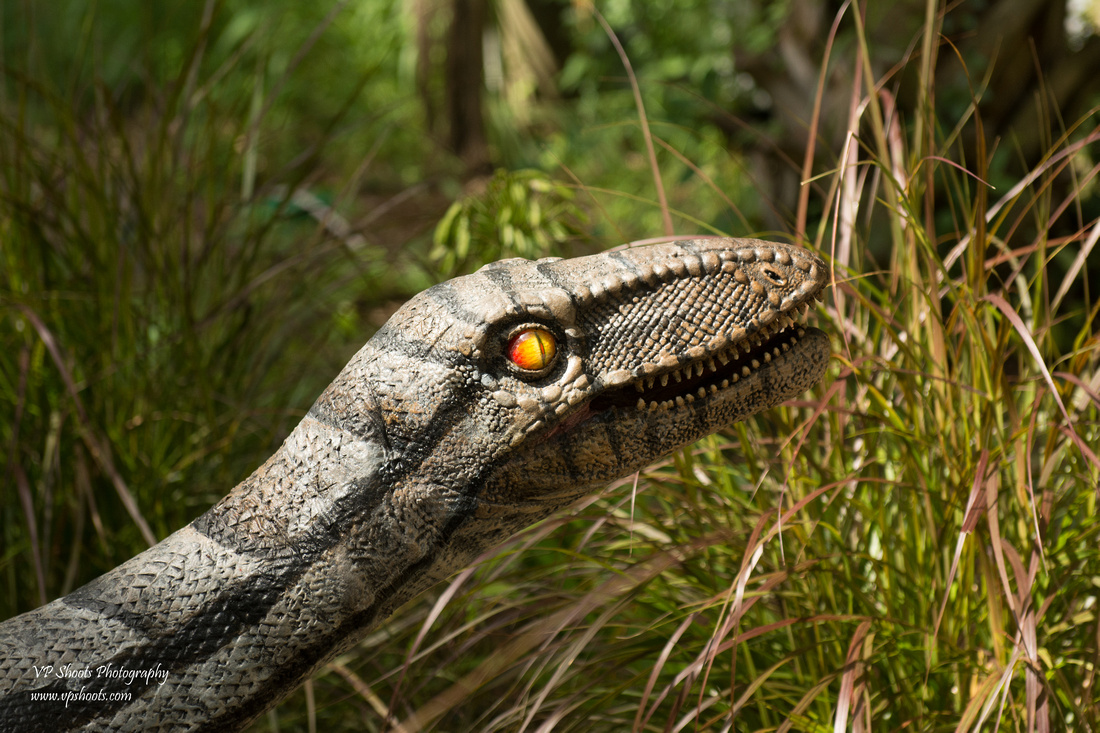 Here's a view of the entire dinosaur. 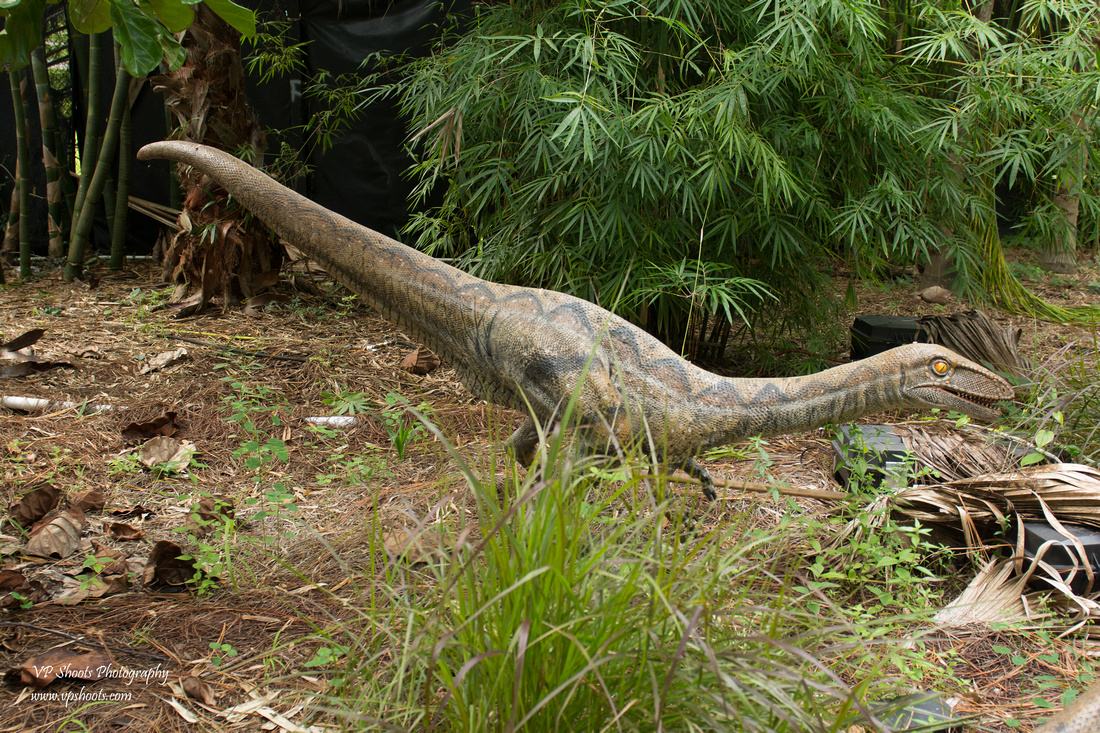 If you or your children are into dinosaurs then it's probably worth it for you to head on over and see them before they leave town - otherwise, you'll have to take them to Dinosaur World to view the dinosaurs.