This week we traveled down to Ybor City to check out the museum.  Ybor City has a very rich history that most know because of the cigar industry. 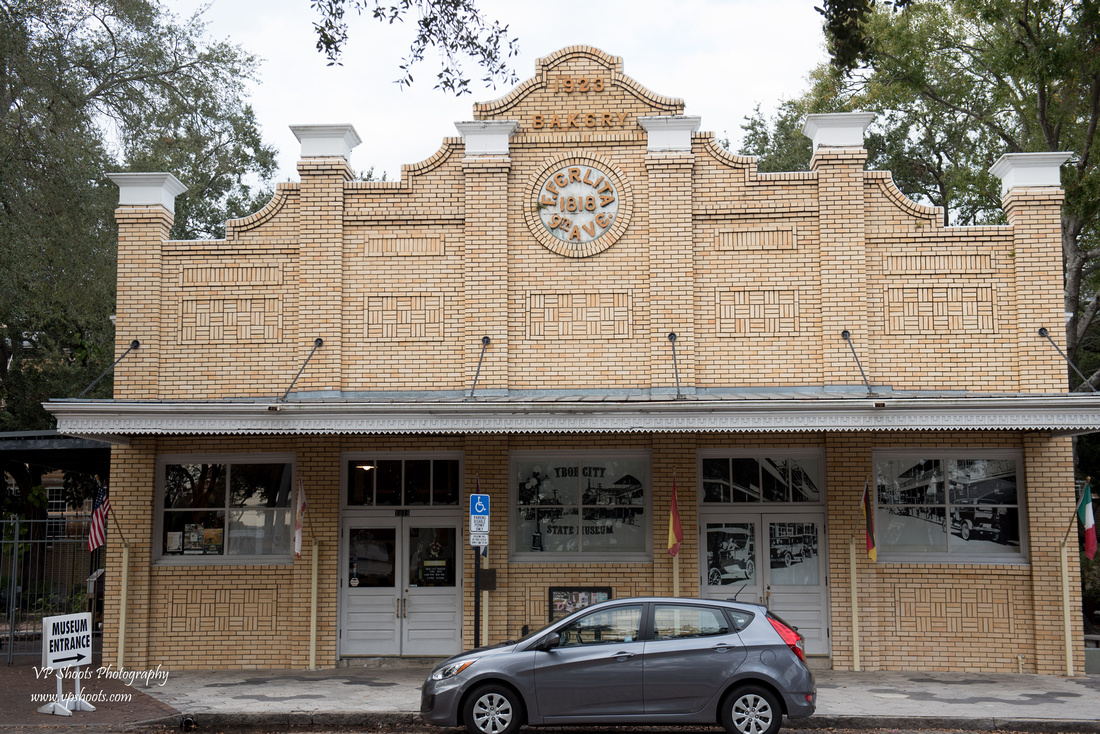 As we entered the museum on 9th street, we sat down to watch a 20 minute historical video about Ybor City.  It was almost like going to a friend's house, sitting down on the couch and watching television.  The Christmas tree was decorated (although the sun was bright coming through the window). 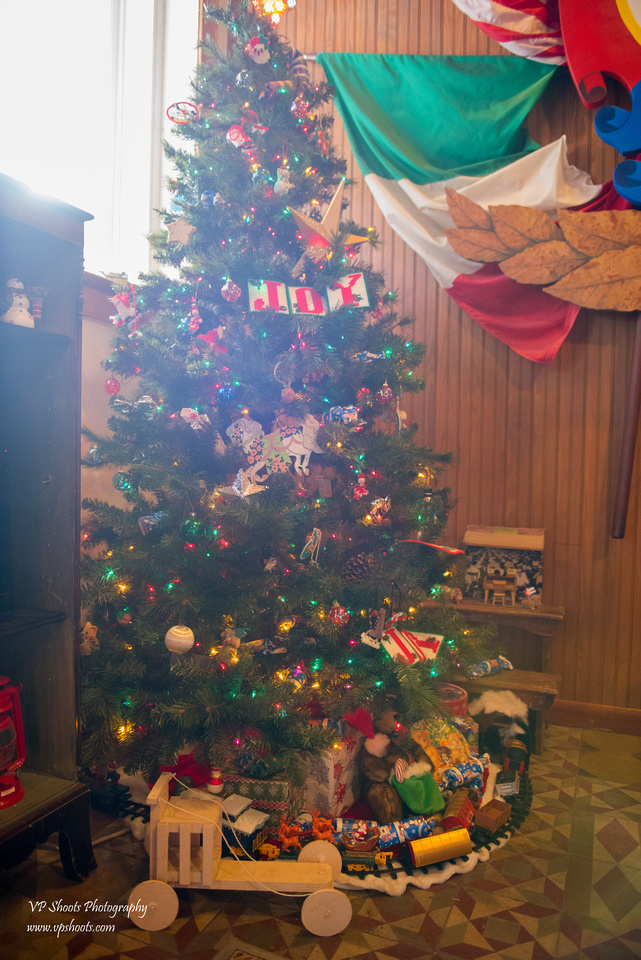 After watching the video, we went outside the museum taking a short walk to one of the manufactured homes that were built for those working in the cigar factories. 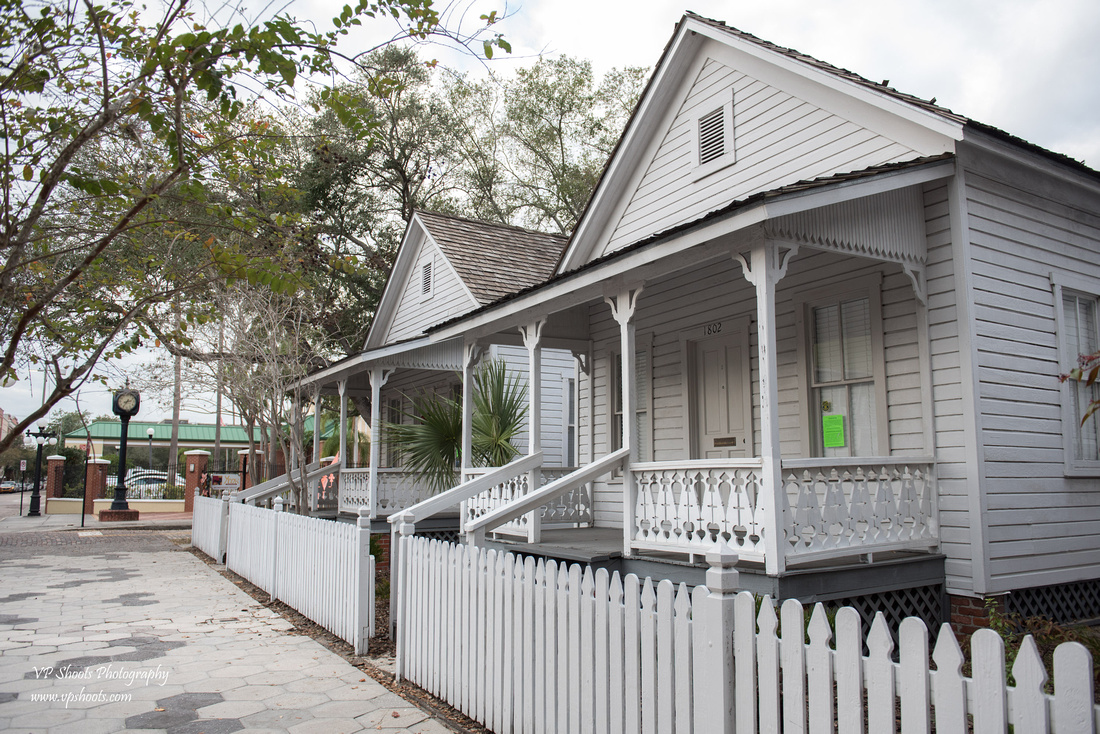 These homes were set up such that they could be built in a matter of days and they were all the same floor plans.  The house we visited was one of the smaller homes with two bedrooms.  Upon entry, we entered the 'living room'.  The houses are not the original wood, but have been rebuilt to the original specifications. 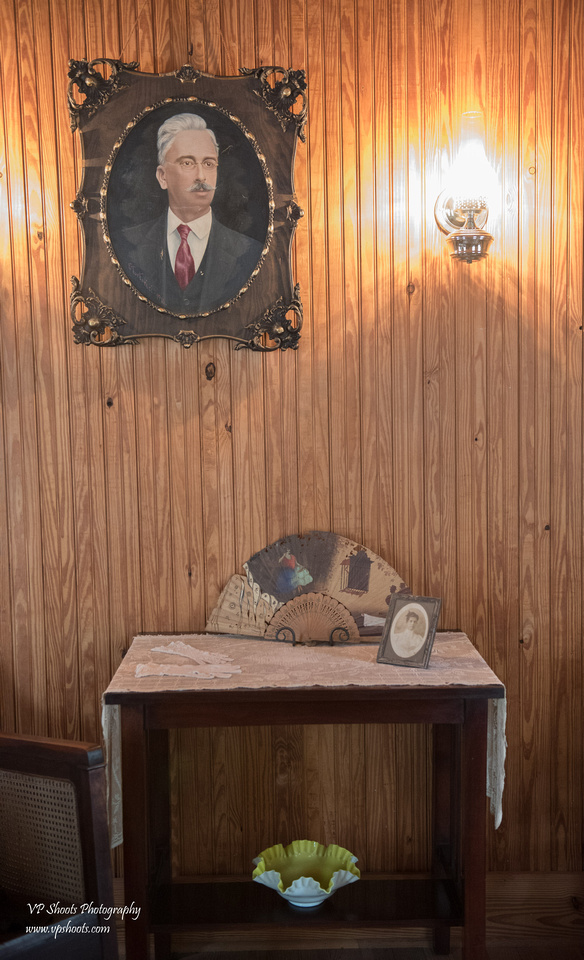 Continue down the hallway a short distance (just behind the wall you are seeing in this photograph), is the master bedroom.  This is the only room that is painted in the house. 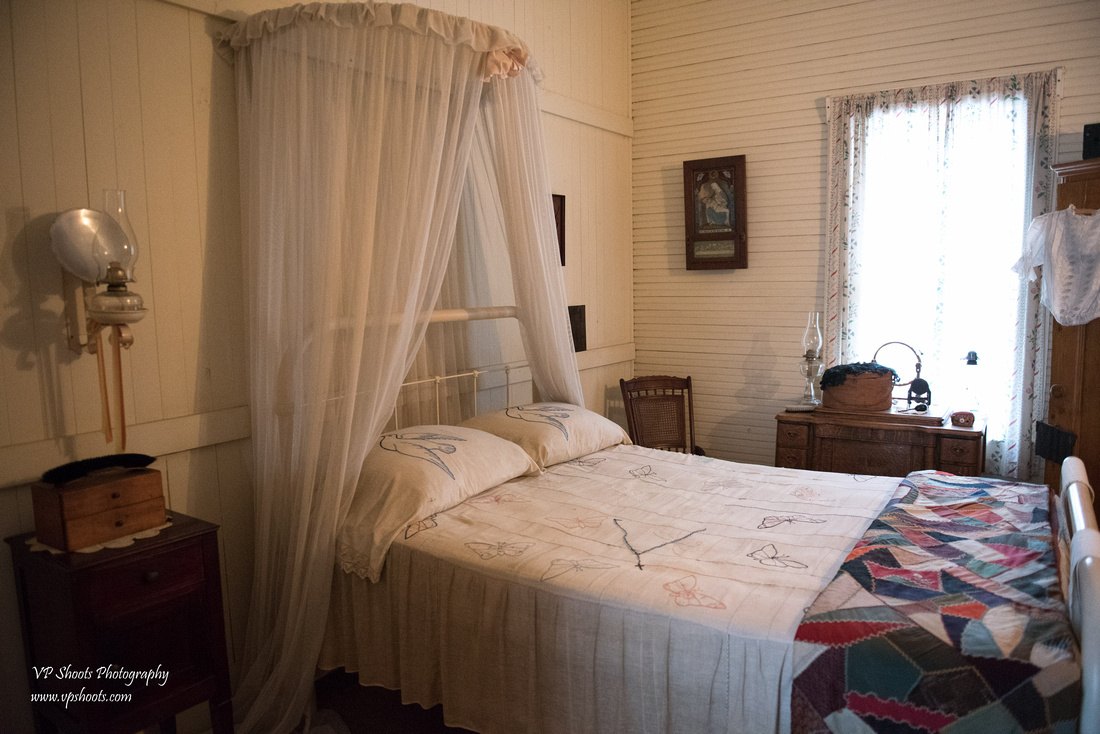 The next room is the children's room.  The bed is actually a little crooked, it's not your imagination. 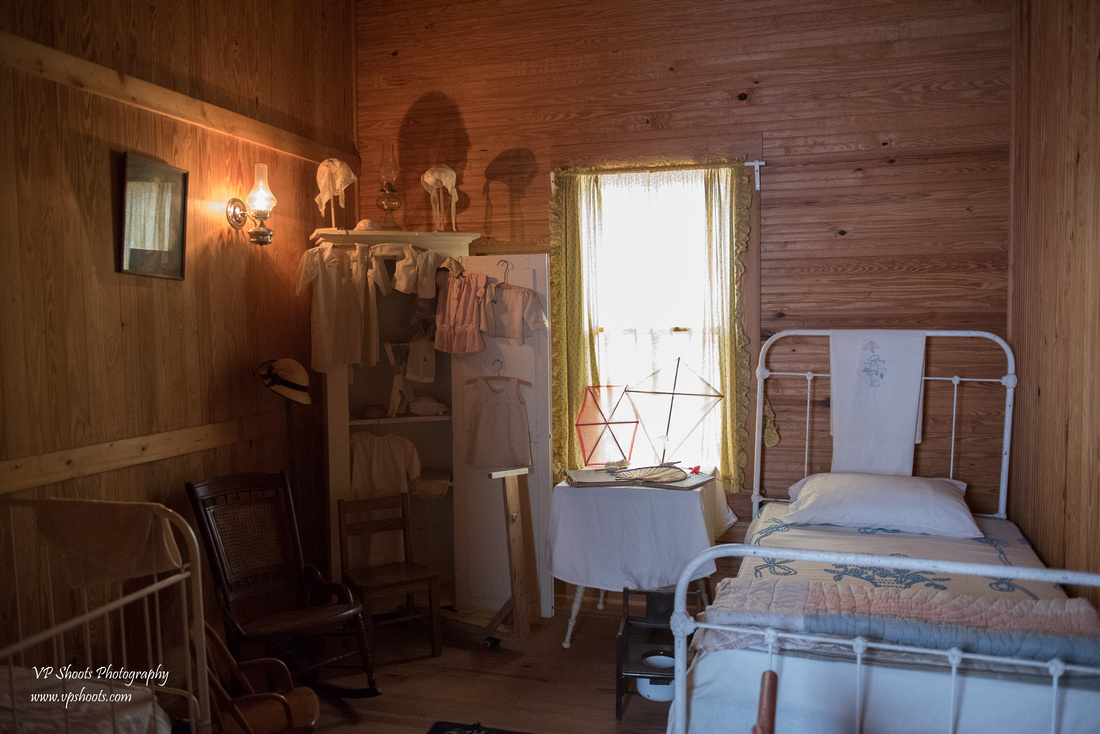 The last room in the house is the kitchen before exiting out the back door to the garden and outhouse.  After the tour of the house, we went back into the museum to look at the exhibits.  The museum is in one of the early bakery buildings from the early 1900s.  There is a historical marker outside of the bakery indicating this building was built after a fire destroyed the original building.  The old red brick ovens survived the fire and this building was built in 1922 around the brick ovens. 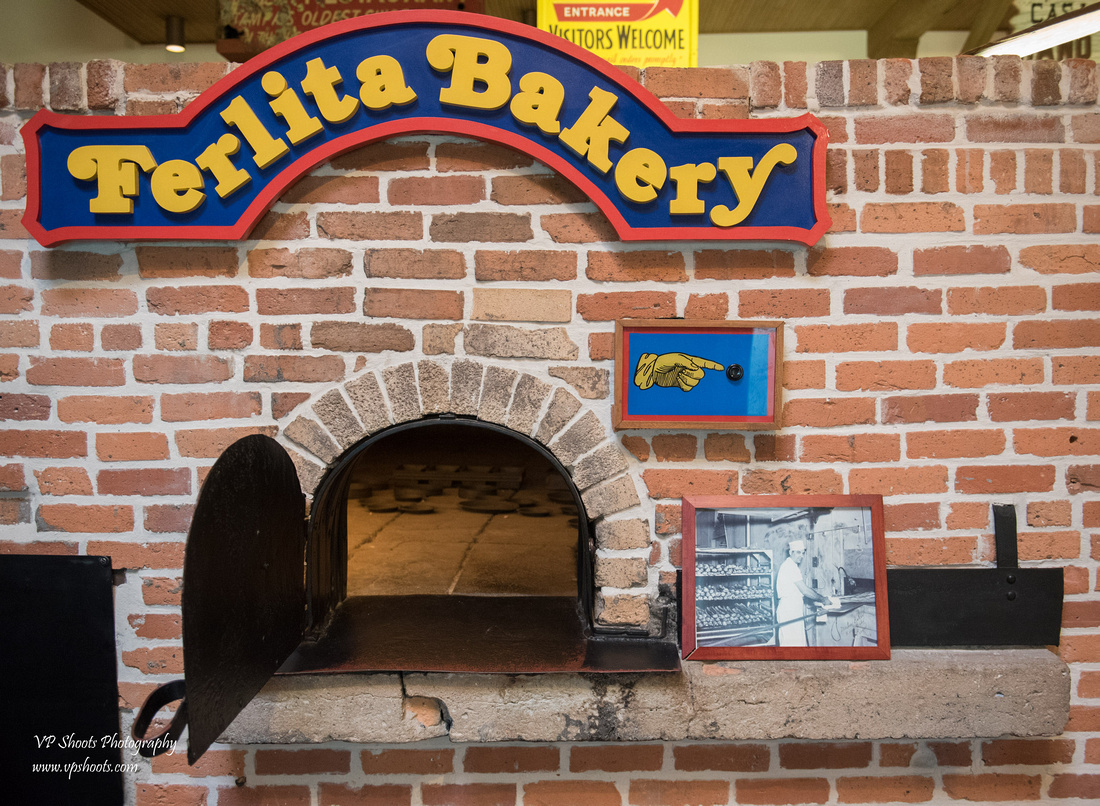 Cigars is what Ybor City is known for, and they have several exhibits providing information on the cigar industry. 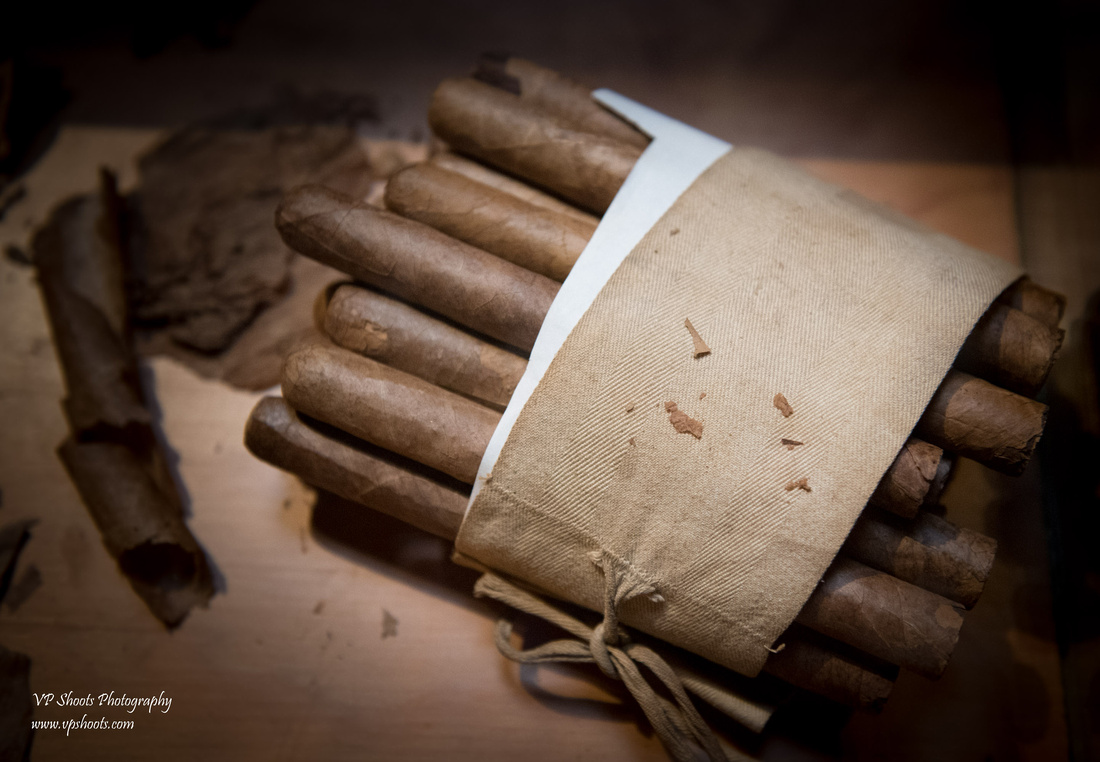 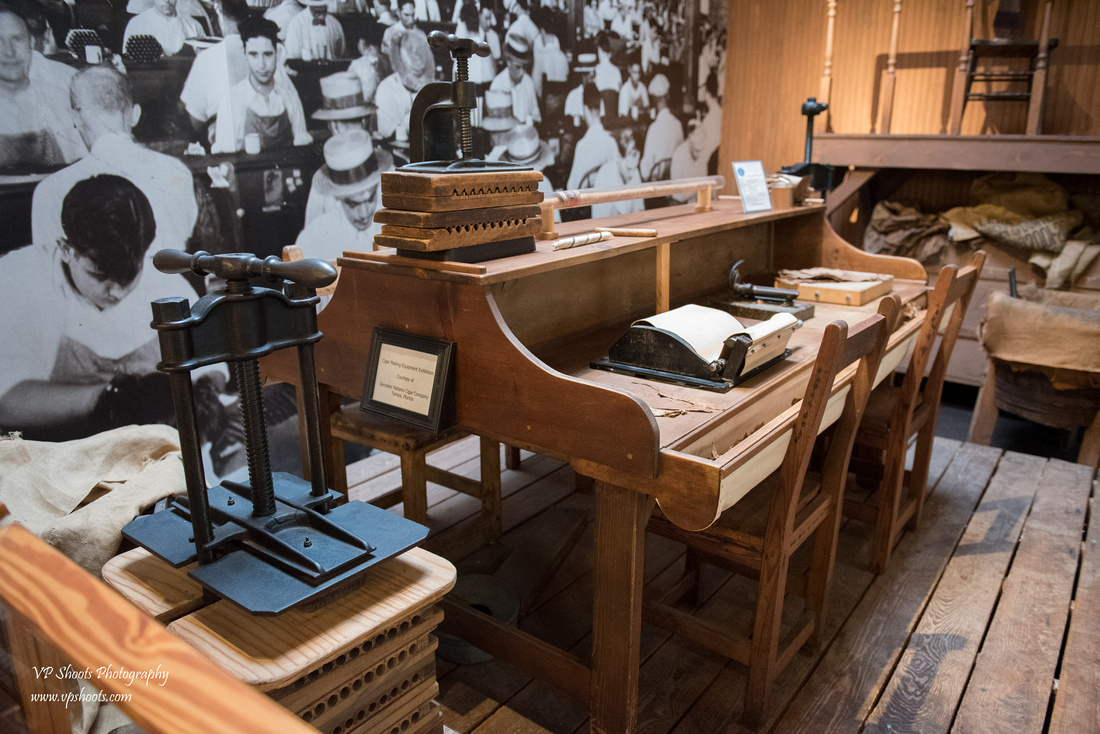 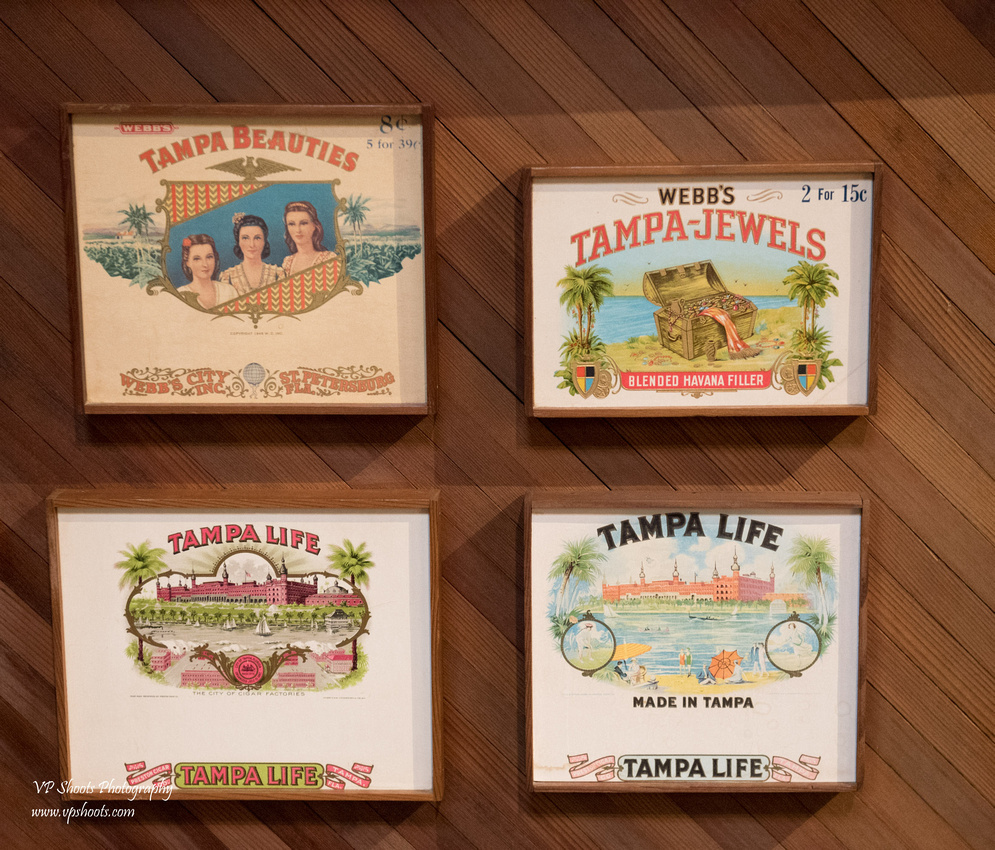 If you like history, take an hour or two and visit this local museum.  The admission price is $4.00 and they are currently open from Wednesday thru Sunday, 9am - 5pm.  (please check facebook or their website before heading down to Ybor City to confirm!).