Tis the season for the pumpkin patches - we have several around town but I think the closest is Hyde Park for us.  They have plenty of pumpkins if you're in the market! 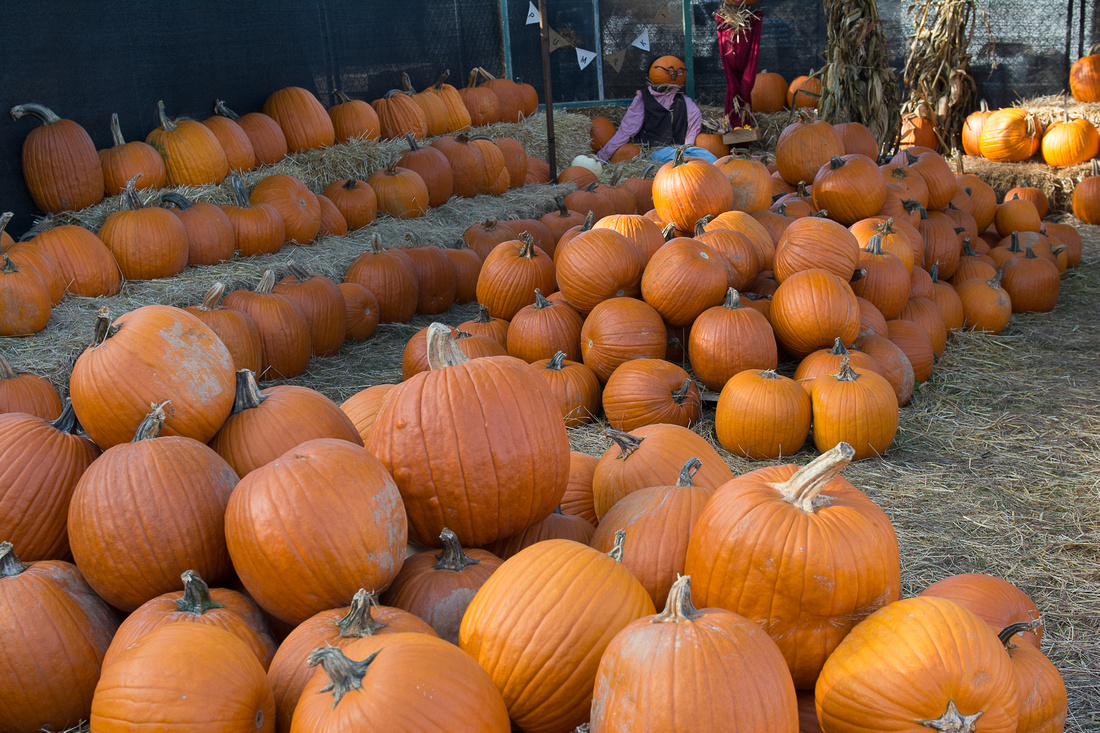 They created a 'scare pumpkin' riding a bicycle. 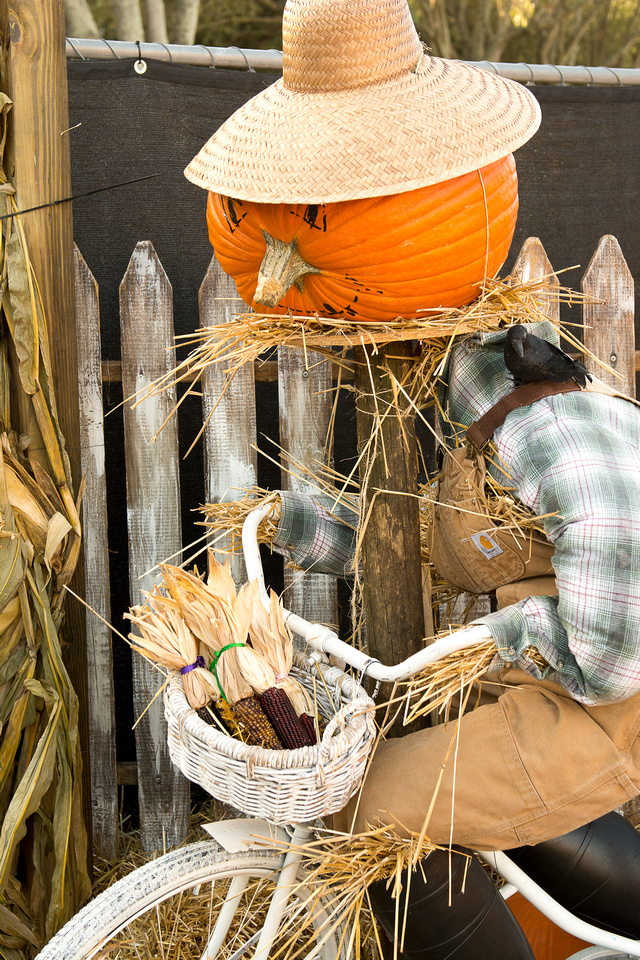 Looks cute until you look closer at the face and it looks a bit more scary.

Most of the pumpkins are orange, but they do have some white ones too. 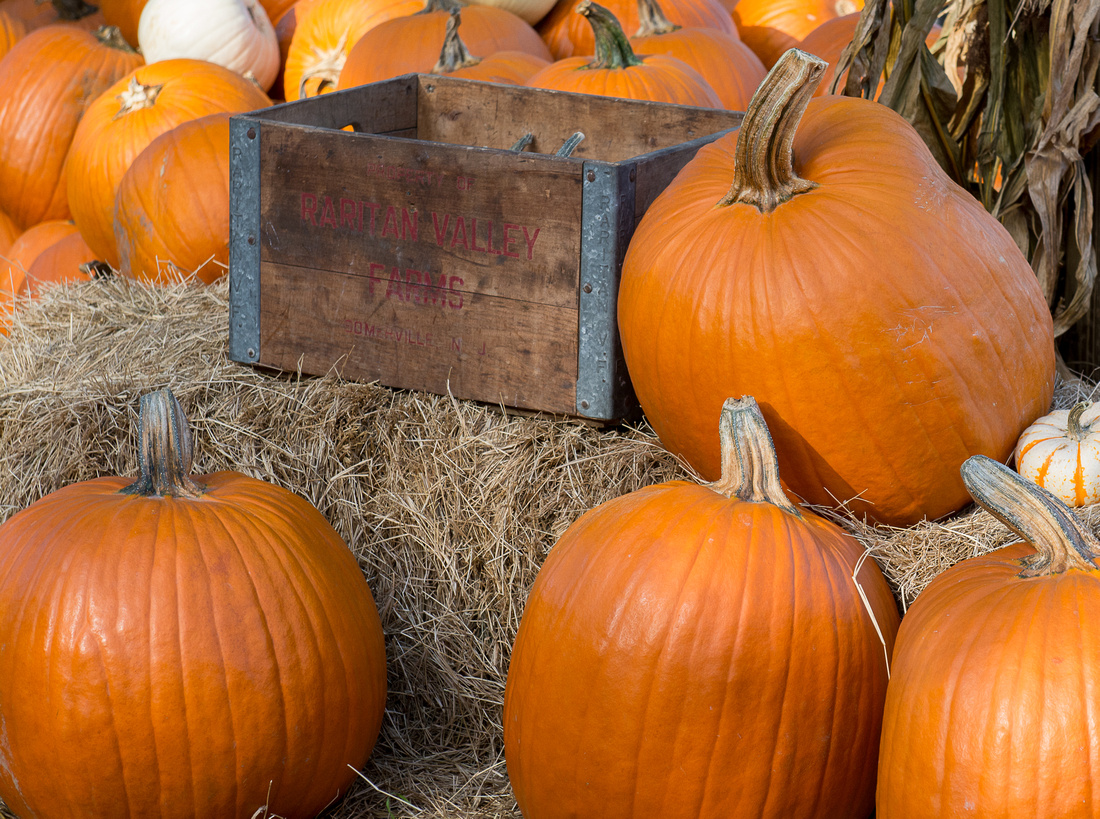 They have created a nice display for the pumpkin patch - lots of 'dead corn stalks' and some scare crows (or scare pumpkins).

The pumpkin patch is open Monday through Friday from 12pm till 8pm and from 9am till 9pm on Saturday and Sunday.  Last day open is Halloween!