Somewhere over the rainbow

This past week we spent in the mountains of South and North Carolina.  We covered a lot of ground while up there both in the car and on foot.  Over the next few weeks I'll share some of those moments with you.  Each morning we rose early - often before the sun came up and it's coming up early now (just after 6am).  Heading out the door as early as 6:30 am to start our treks to various locations to photograph.  Each afternoon it would either rain for a little while or at least threaten with thunder.

We drove, we hiked, we climbed, and at the end of each day we slept hard.  One of my favorite moments was when we stopped at Caesars Head State Park and we walked out to see the beautiful view and a rainbow!  I've seen rainbows, I think we all have, but I've never seen a rainbow over the mountains and I may never see it again so here's my rainbow.  I have no idea if the pot of gold was at the bottom somewhere in the mountains, but it was a special moment for me and I wanted to share this with each of you. 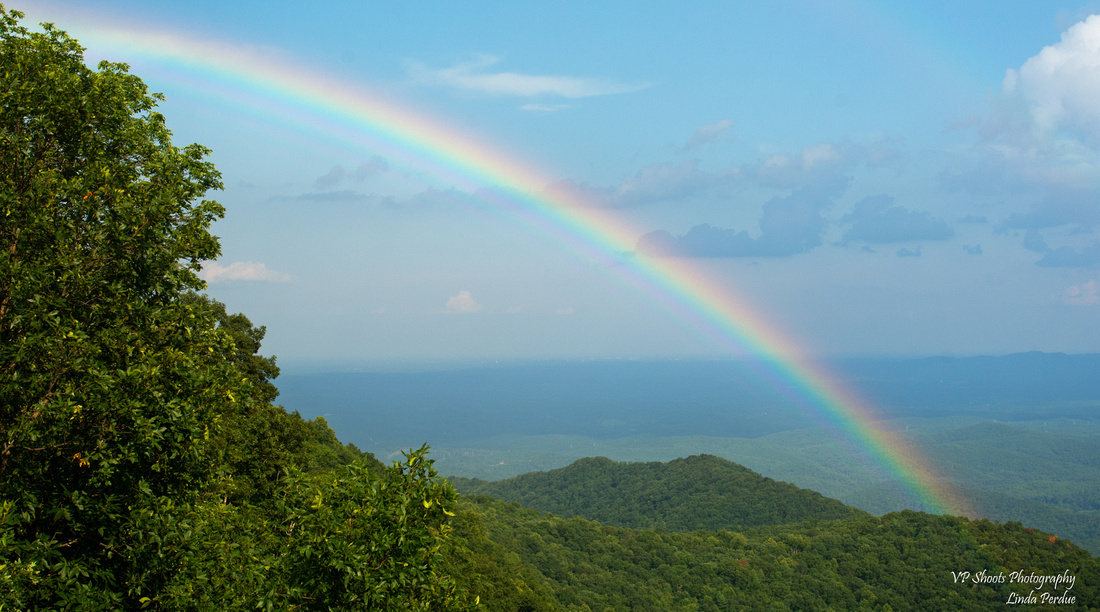 At the overlook for this park, you will see several different large boulders and this one looks like a profile view of a person. 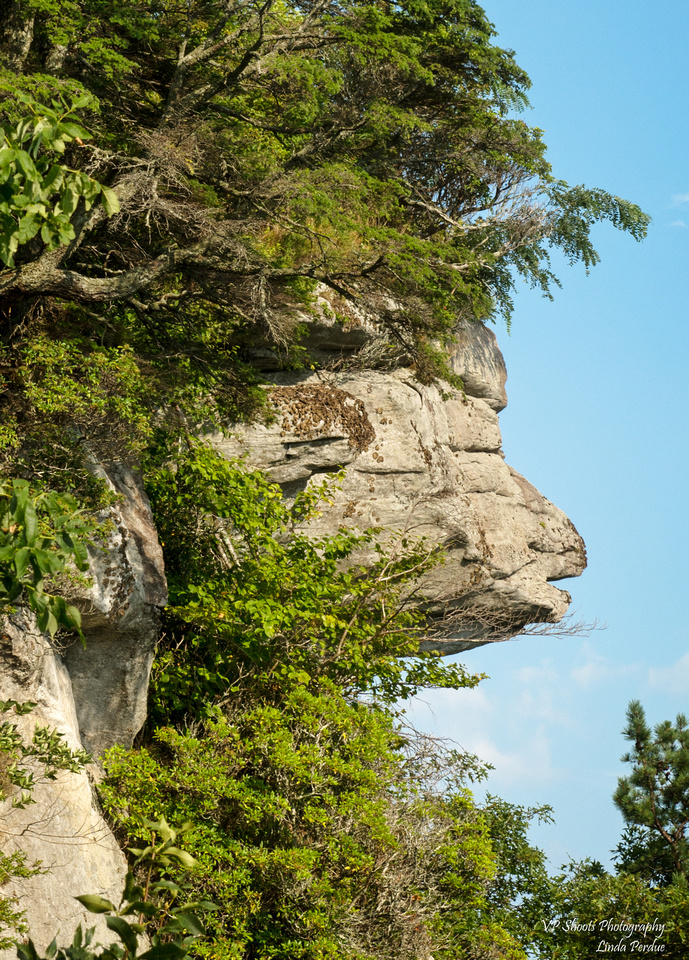 Just around the corner from the overlook is a stairway that leads down in between two large boulders (maybe one in the past) that has been carved so you can walk through it.  It's a narrow passageway - I was glad I did not have my backpack as I wondered if that would make it much harder to pass through this small area.  These are HUGE boulders.  If you look closely you can see Jim standing at the opening on the other side. 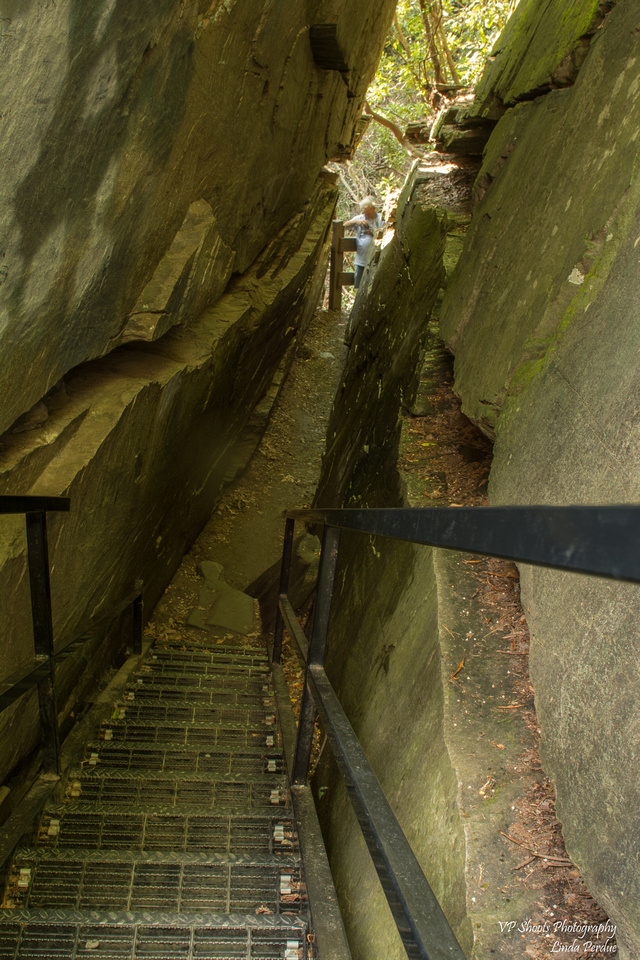 More pictures to come - but wanted to share this special moment with each of you!