On February 6th and 7th in Brooksville, Florida the 3rd Native Indian Festival was held at Florida Classic Park.  Different Indian tribes were represented at this festival and several different types of Indian dancing were performed.  Sunday was a chilly, sunny day (unlike Saturday which was cloudy, rainy and dreary).

Here's a picture of arrowheads on display at the festival.rum and dancers from Oklahoma. 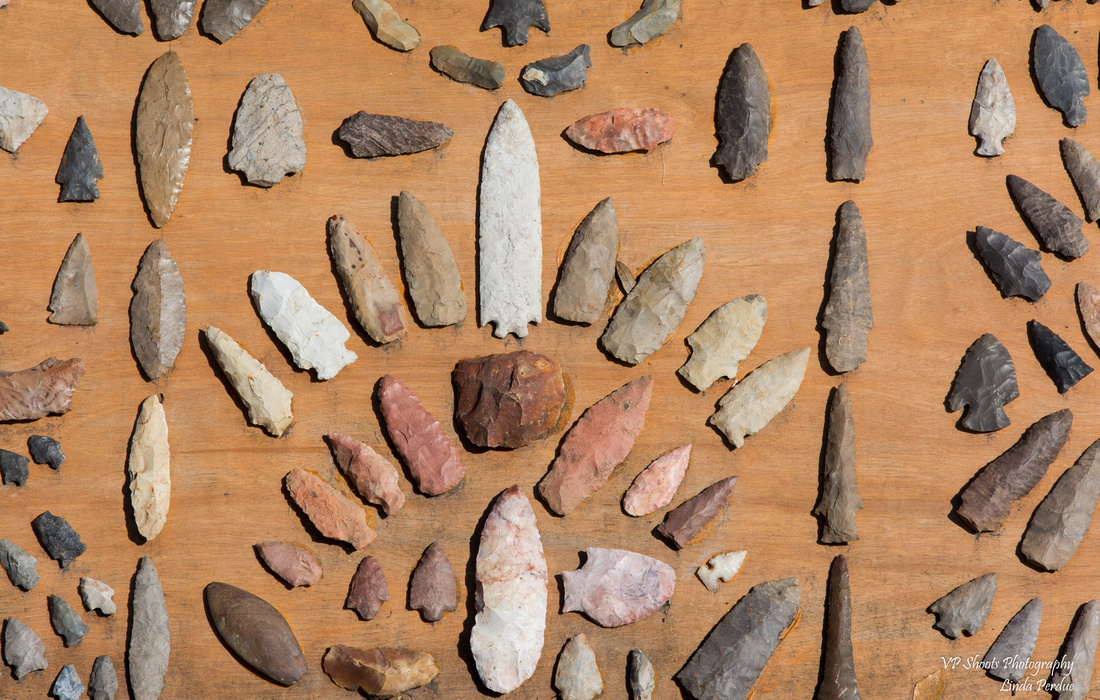 The opening ceremony was held at 10:30am and lead by this Indian gentleman who is part of the Big Mountain Family.  This man's family was involved with the old amusement park, Six Gun Territory, as we were told by his wife earlier in the morning.  She said he would have been one of the younglings running around when I visited this park as a young teen (maybe I wasn't even that old then?).

The dancers were part of a group called "The Iron Horse drum and dancers" from Oklahoma. The Indian dancing started at 11am and among those dancers was "Harry".  As he started dancing I realized he was in traditional Indian wear and it was chilly and windy this morning.  At this event as the various dancers performed their dances, we were educated about how the Indians performed their dances to lay the grass down with their feet before dancing.  This allowed the grass to 'pop back up' and continue to be available for the buffalo to eat within a few days after a dance is performed at a given location. 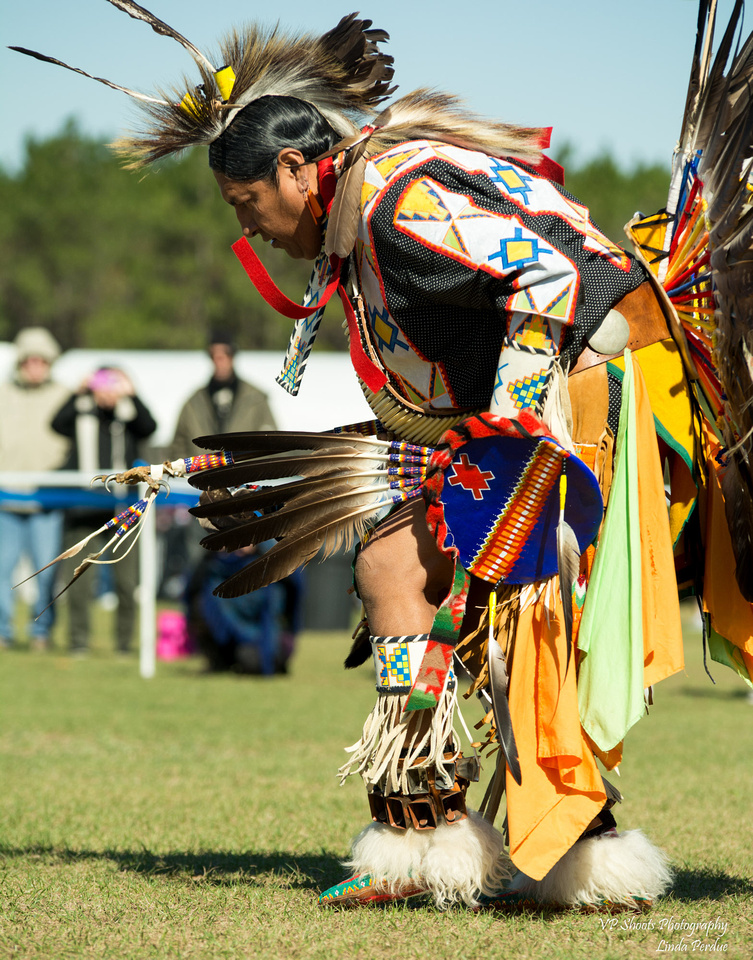