Mushrooms - an exercise in photography

A couple of weeks ago, at our weekly photography meeting one of the photographers posed a challenge to each of us.  The challenge we were given is to not use a lot of the technology that is available to us when creating a photograph.  For example, no making any changes in any computer software.  We were also to find our subject, guess at what we thought the proper camera settings were (ISO, Aperture, Shutter Speed, White Balance) and set the camera to those settings.  Then take a photograph of our subject ignoring the camera's light meter telling you whether or not your guess was correct (or at least close!).

I thought about this for a while - what did I want to use as my subject and then what might I be able to guess for the photograph to come out - at least partially - and not totally black (way under exposed) or totally white (way over exposed).  As I thought about it, I remembered one of the old rules for how to expose properly is the 'Sunny 16' rule.  This goes back to the days of film - back to when I was a teenager....course today you can google 'Sunny 16' and it will tell you what this rule is.  I went outside, not venturing far for this exercise, and found a few small mushrooms.  I grabbed my macro lens (Nikon 105mm for those of you that are curious) and a towel.  The towel has no real photography meaning, I just wanted to lay down on the ground to get this shot and it was wet and dirty.  The sun was beginning to shine through these little mushrooms - this could be a great photograph!  I set the camera to ISO 200, f/16, 1/200 of a second and click. 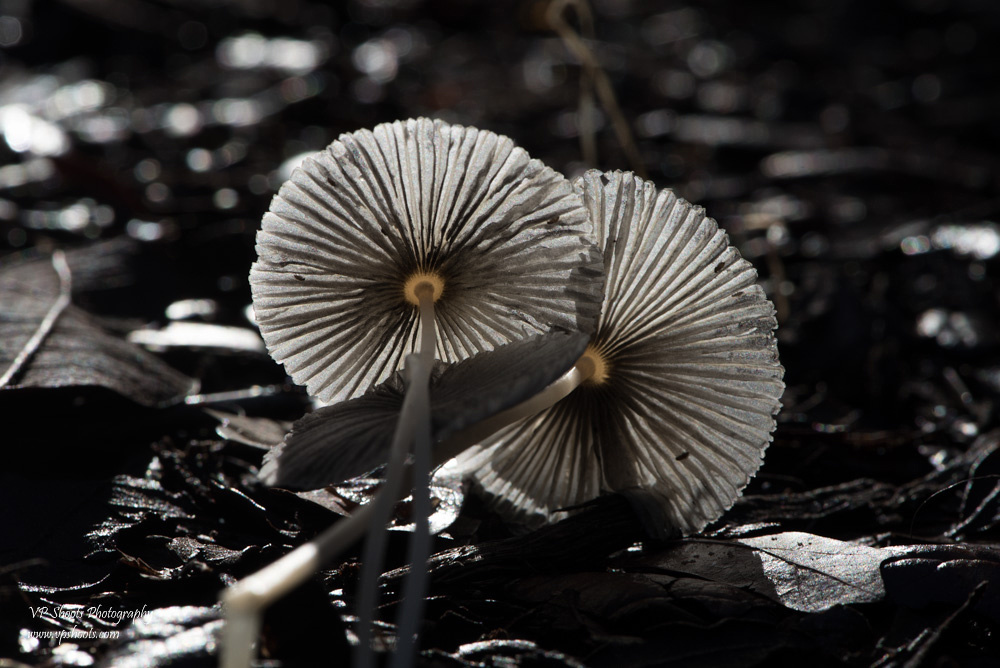 Here's the small mushrooms sitting in a bunch of leaves and mulch.  The photo came out almost black and white, there wasn't a lot of color in the mushrooms to begin with, but I love the contrast between the different things in this photograph - hopefully you see something nice as well - the photography group declared my photograph a success.  So, the sunny 16 rule still works in the digital world! 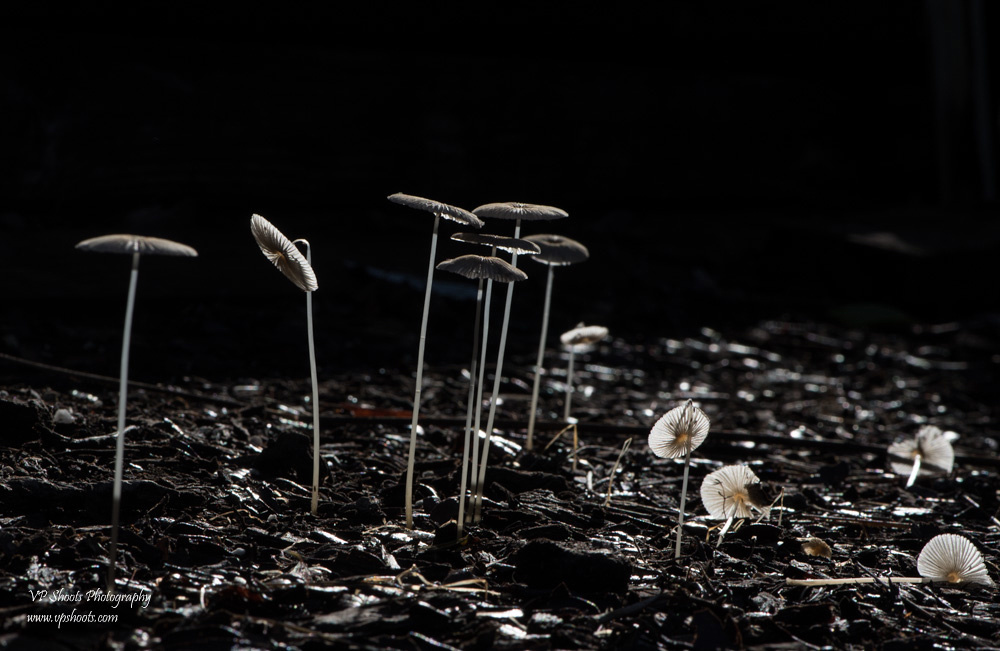 While I was laying down on the ground I noticed this additional photograph of the same group of mushrooms.  This one also looks pretty interesting with the background being almost totally dark since no sunlight was hitting that area.  The exposure was for the mushrooms, and they are pretty much the only identifiable objects.

If you're a photographer, maybe this is an exercise you'd like to give a try - share you experience with this idea.