We just returned from several days up in the cooler weather of north west Georgia.  The next few weeks will take you on a tour of our trip sharing adventures along the way.  Cloudland Canyon State Park is located about 20 miles south of Chattanooga along highway 136.  The park is located in Georgia, but is close to the Alabama state line as well as the Tennessee state line.  They have lots of camping areas for tents, campers and rvs.  In addition, they have several 'cottages/cabins' (2 are dog friendly) and a small yurt village.  They have bike rentals, disc golf course, playgrounds, waterfalls and a lot of trails and views.  We hiked several trails during our 4 day stay and enjoyed a camp fire as we pretty much had the areas to ourself since it was during the week. We arrived Sunday evening and started back home on Friday morning.

Our dogs, Abby and Jimbo, travelled along with us and appeared to have a wonderful time!  Our first day we decided to hike the West Rim Trail - this trail consists of a loop which is approximately 2 miles - there is a short connector trail to the West Rim from each of the cottages - we stayed in cottage 7 which is pet friendly.  Cabin 7 has been recently renovated as all the appliances look new.  They had most everything we needed - fire wood was available at the visitor center as well as a few other essentials.  The closest town is Trenton, Georgia which has all the main stores should you need to pick up something you may need during your stay.

Our trip began at the 'official' parking lot for this trail as we came from the visitor's center.  As we began our hike, I spotted an eastern box turtle. 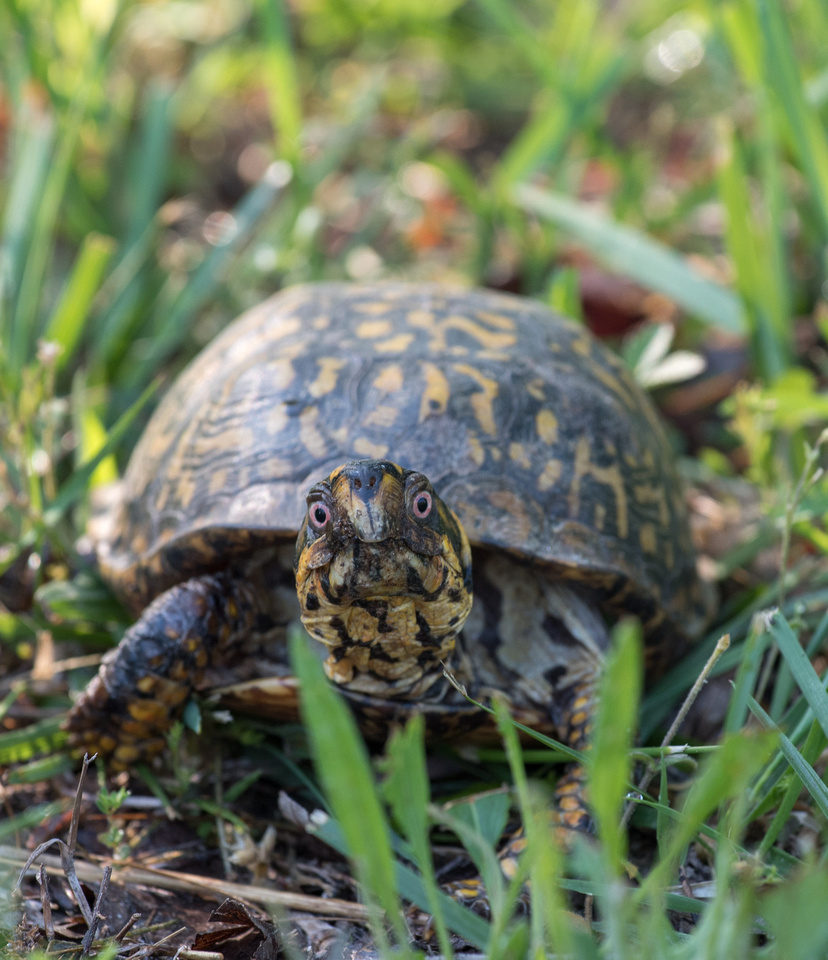 At this time of year, the black berry plants are loaded with blooms - unfortunately, you have to come in the summer to get the black berries and judging from the blooms, there are plenty to eat along the trails. 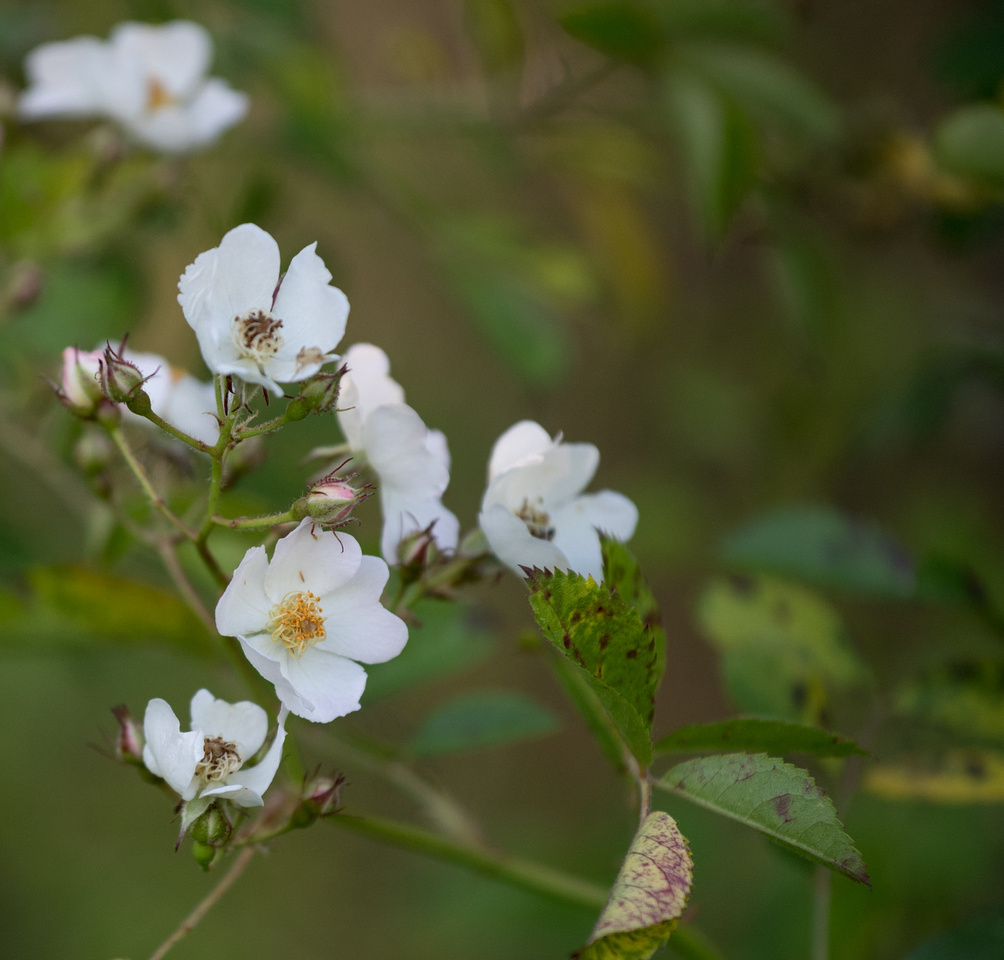 The trail was fairly easy with rocks, roots and a little bit of up and down along the way. 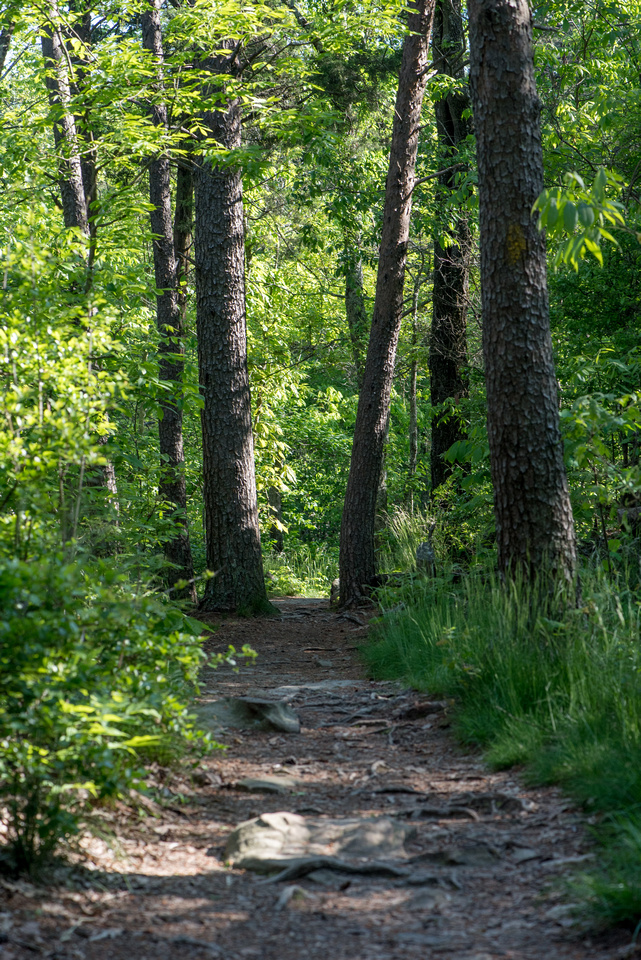 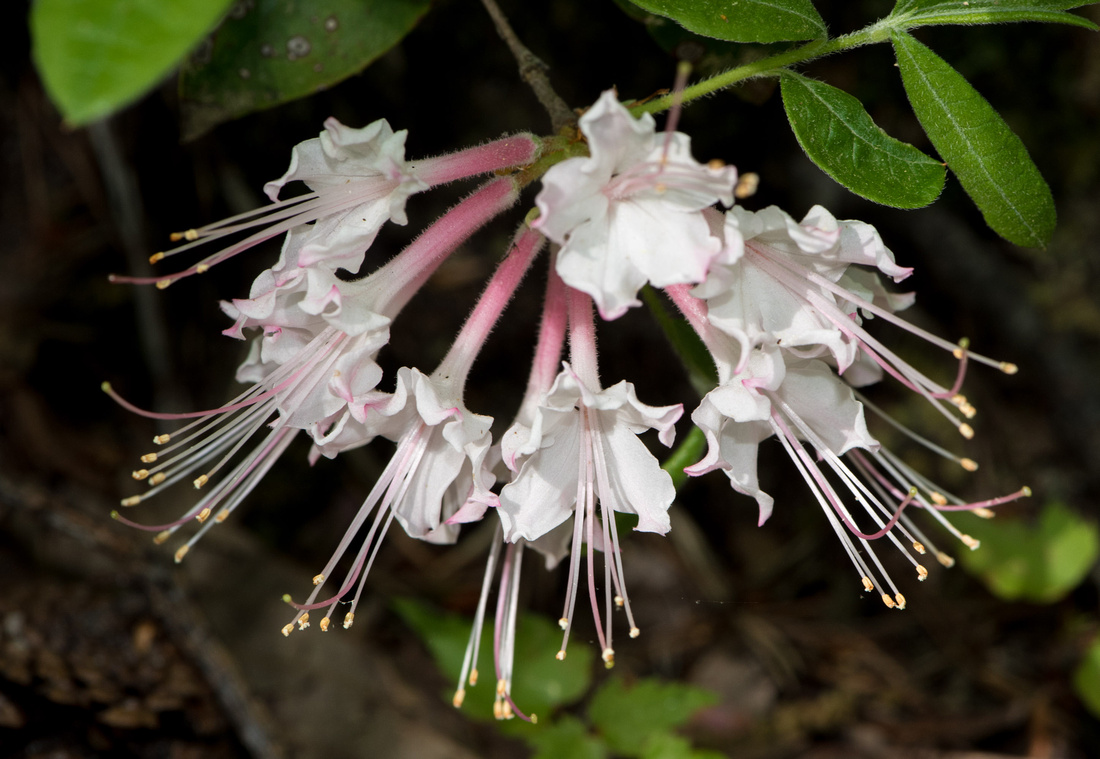 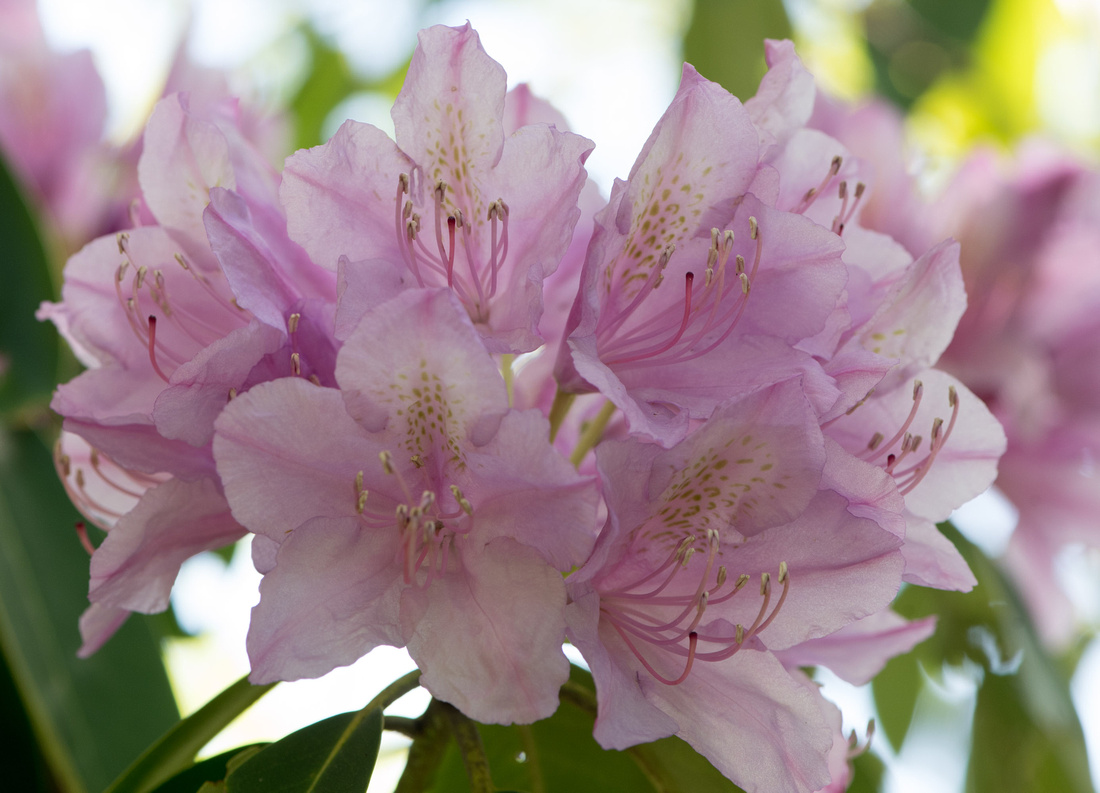 Jim was taking photographs of the flowers when he noticed a little itty bitty critter on his lens...good thing he noticed before he ended up losing it's life in the camera lens. 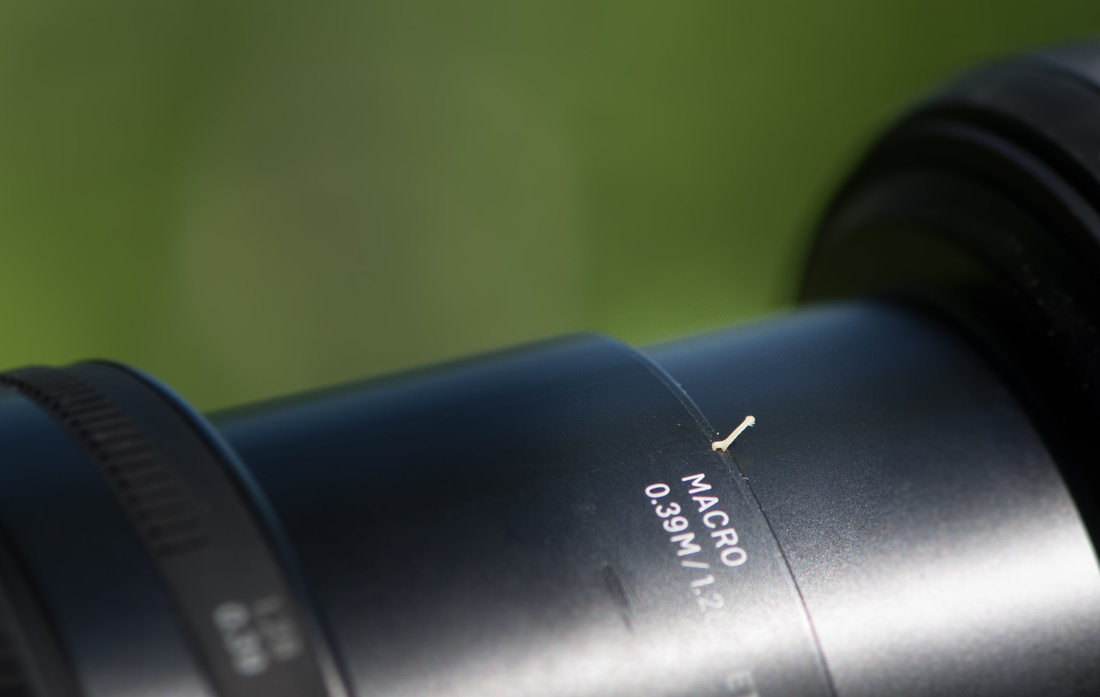 We saw some pileated woodpeckers while driving along the roads in this park - not sure if this is their previous homes or from another woodpecker but the holes in the tree were pretty large.

The west rim trail does provide views of the canyon although it was a bit late to get beautiful views with the sun low in the skies. 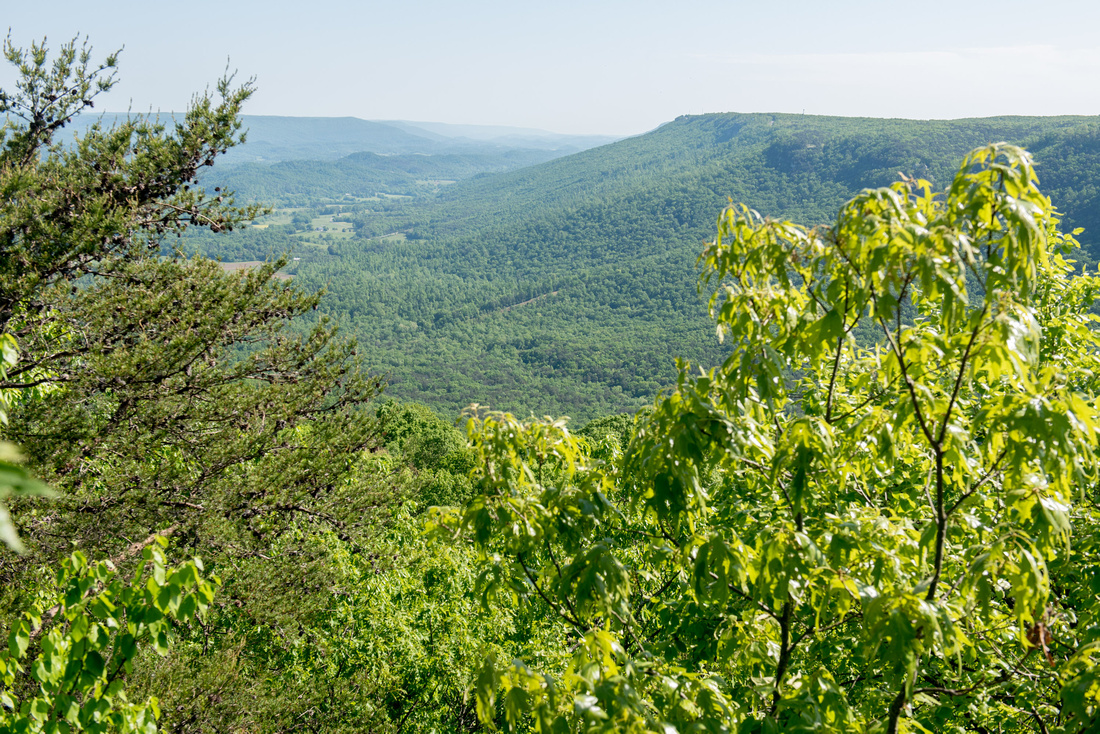 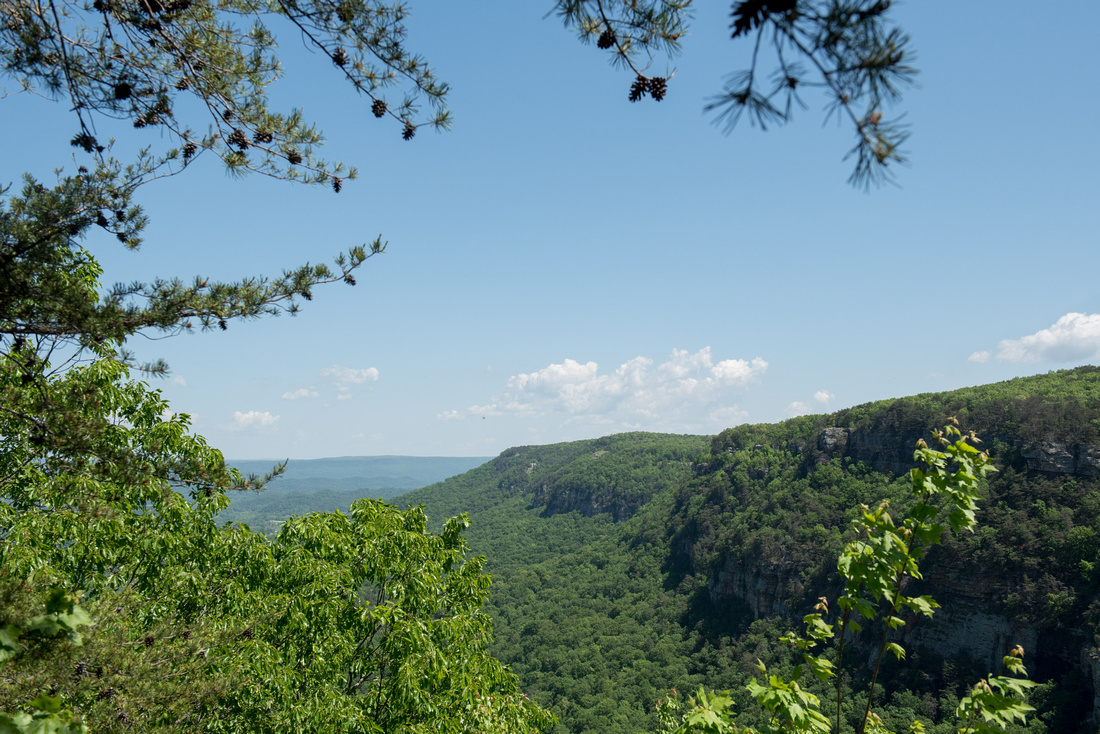 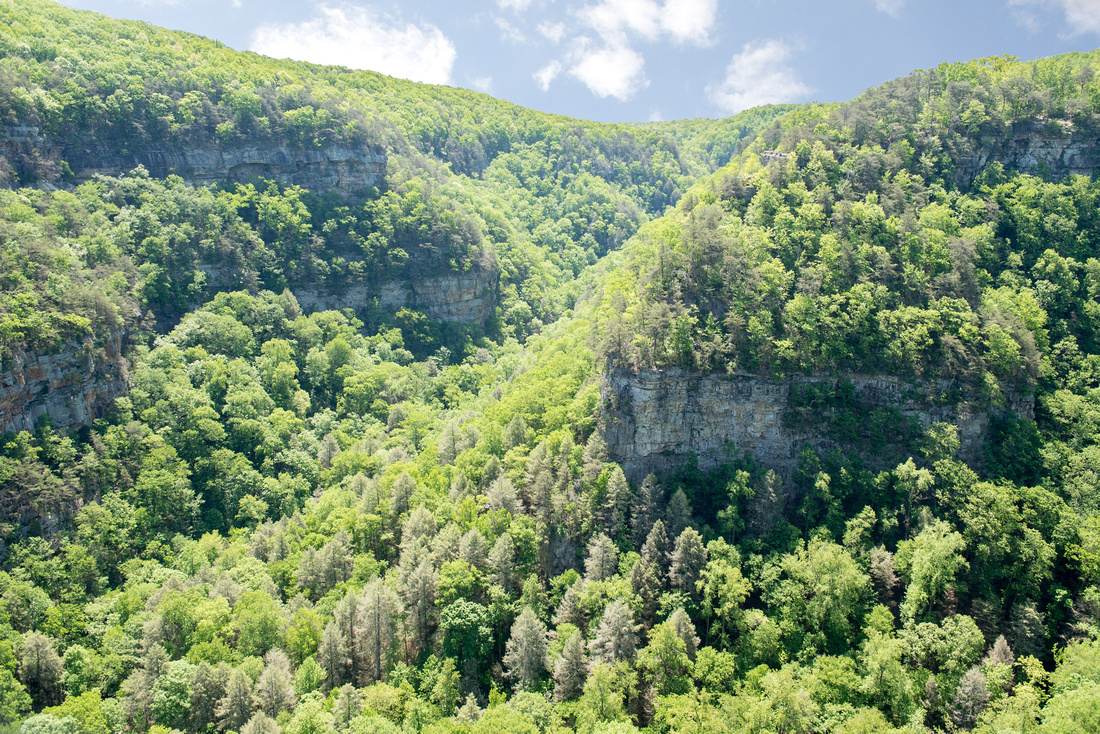 Abby at one of the overlooks along the trail - she has no problem being a model and posing for the camera. 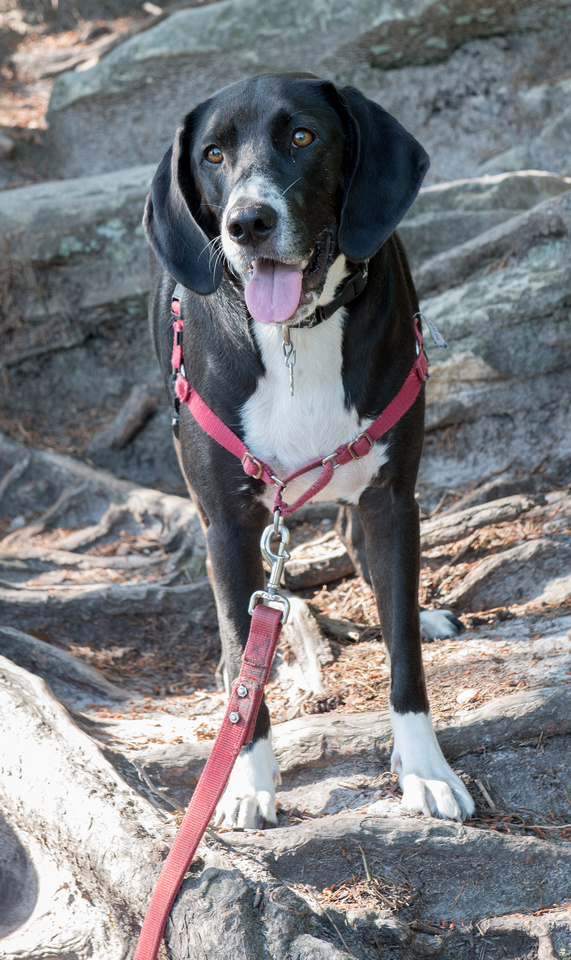 Jimbo is happy until you pick up the camera and then he either closes his eyes or turns his head - I guess this guy is going to need telephoto lenses to get great photos of (or maybe treats) as every time he would turn his head away from the camera! 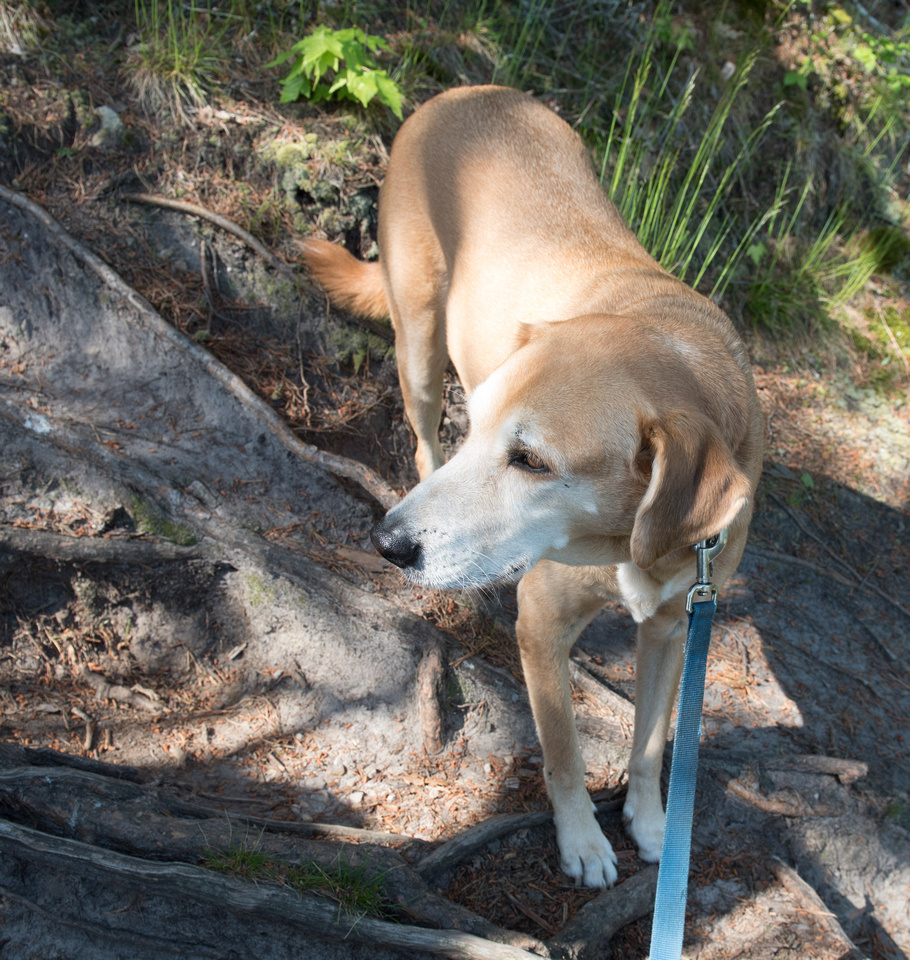 I was quite impressed with our Jimbo doing the two mile hike over a period of four hours (we were stopping taking photographs). Abby did great also - so next week we will continue our adventure - be sure to check next Sunday's blog post.