Many years ago when we first started boating I noticed this old brick building along the east side of the river sitting empty.  I had no idea about it's past, just that the writing said "Tampa Armature Works".  The building sat on a curve of the river just past Rick's on the River if you're coming from Lowry Park ...or just a bit north of downtown Tampa.  One time I recall seeing they had a sunken boat in the water just a short distance from this old red brick building. 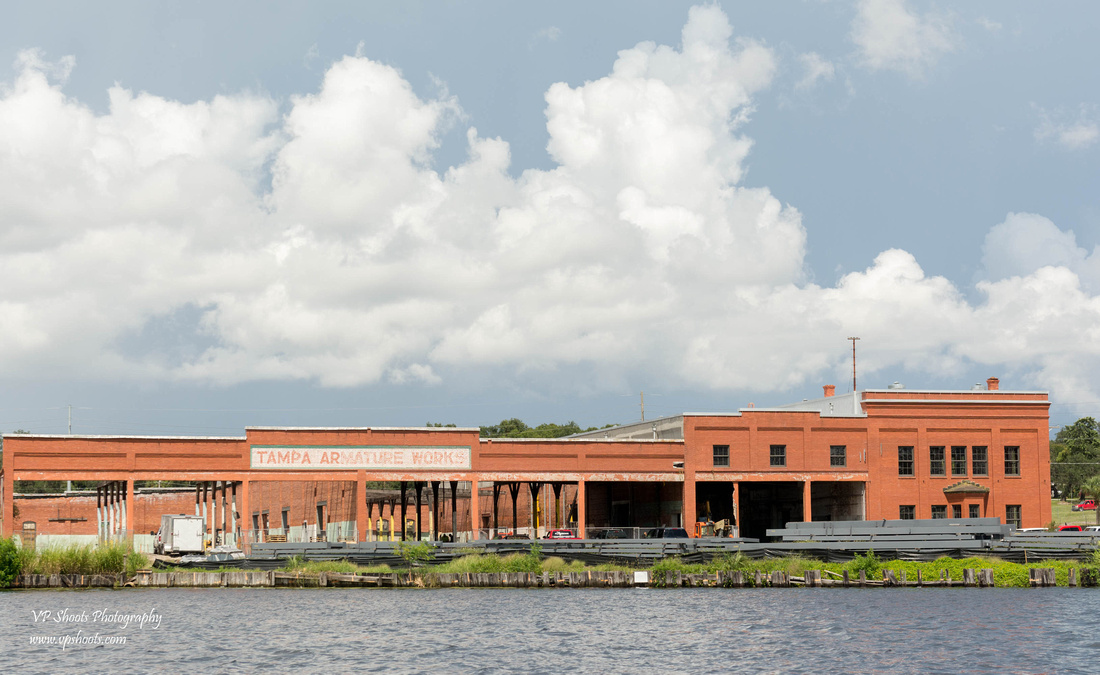 A google search gives some additional information as to the history of this old brick building - it's actually over 100 years old.  It dates back to 1910 when there were electrical street cars in this area for transportation. TECO (Tampa Electric) used this building to store and maintain the old street cars.  Eventually in 1946, the street cars faded from the landscape of Tampa in favor of the automobile and this building no longer had a purpose in life.  The building remained, it was then purchased from TECO in 1960 by a phosphate machinery manufacturer.  They used this building for a number of years.

The building sits very close to the river - these photographs were taken while boating along the river in September 2016. 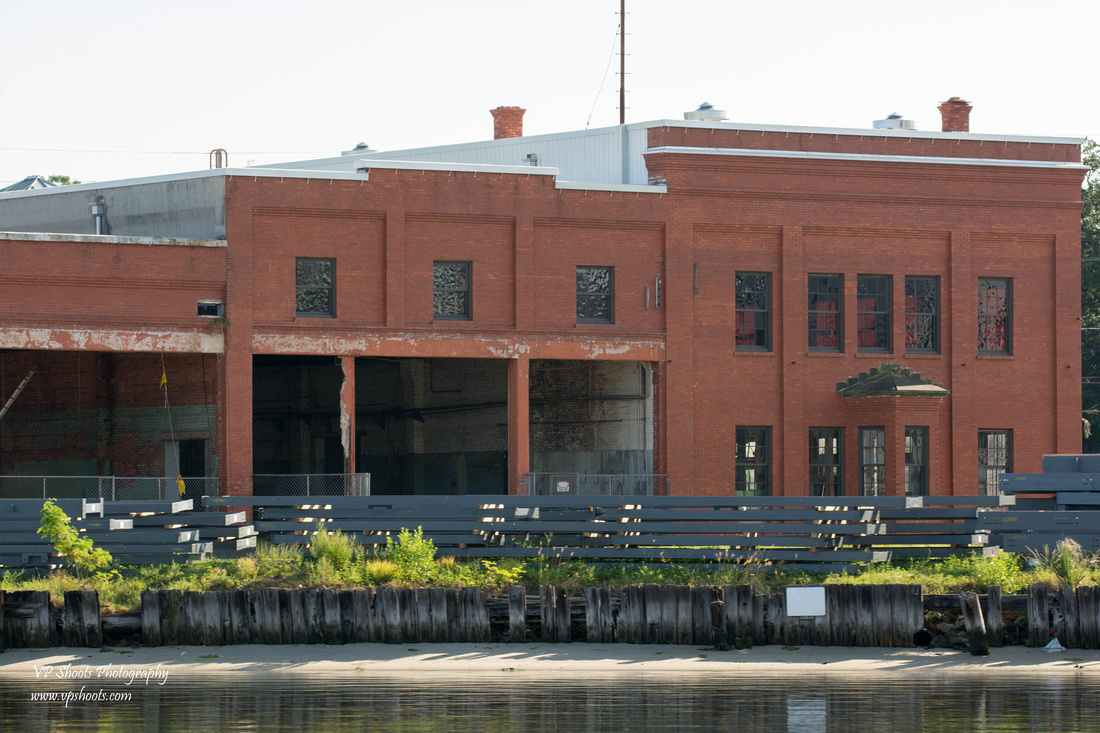 To the left (west) of the building the space is open, waiting for it's next purpose (not sure almost 2 years later what this will be).

Construction is beginning in this area now as the chain link fence has blocked off access. 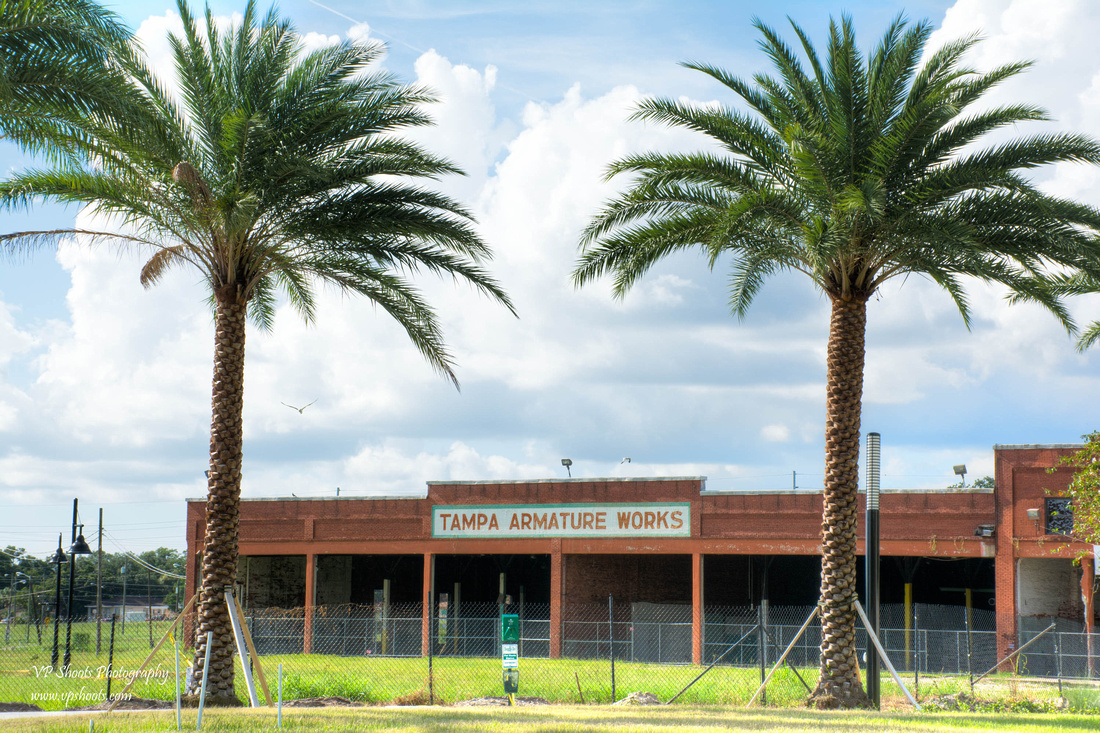 Now, this is a busy place again - with lots of food places inside as well as a bar or two.  The outside has a dog friendly patio area where you can sit along the river and enjoy the scenery. The east side of the building features the Heights Public Market. 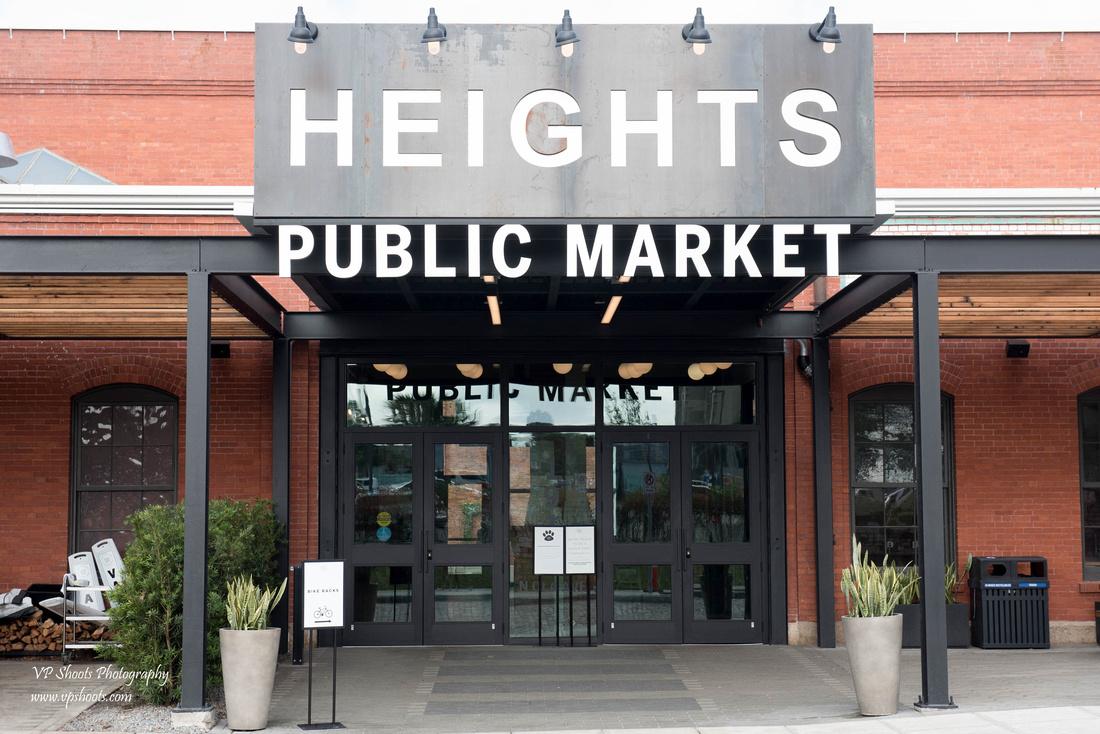 This is the side of the building that faces the river taken from the beginning of the River Walk which begins/ends here (depending on where you started). 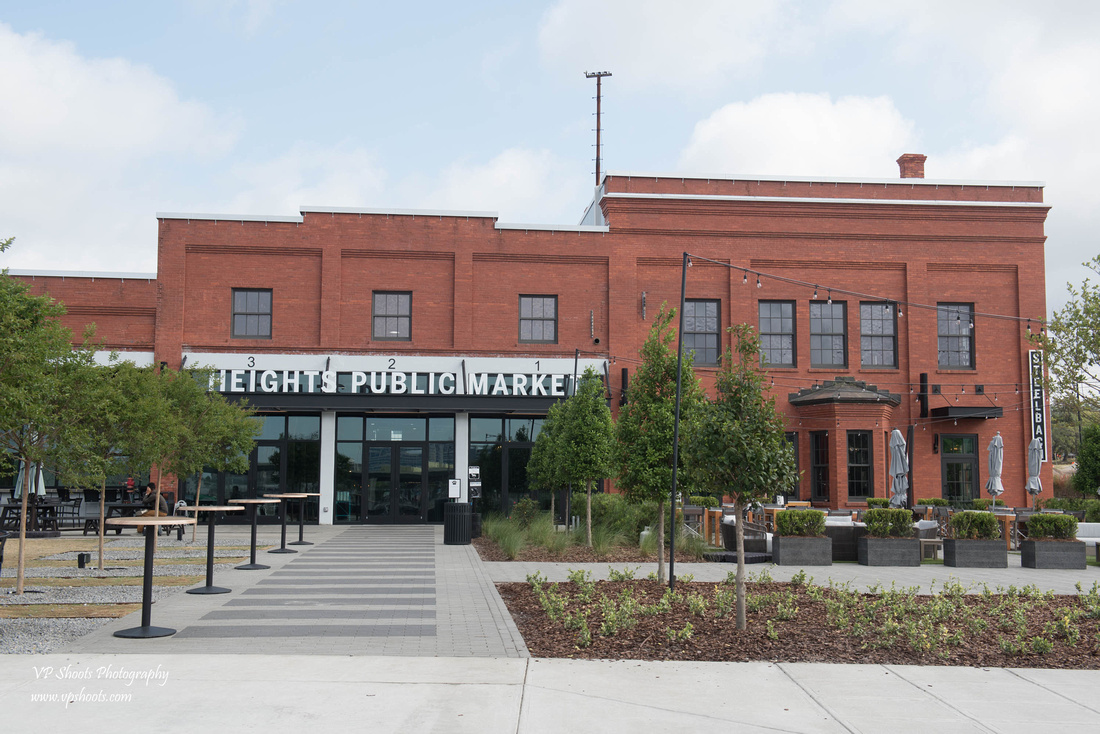 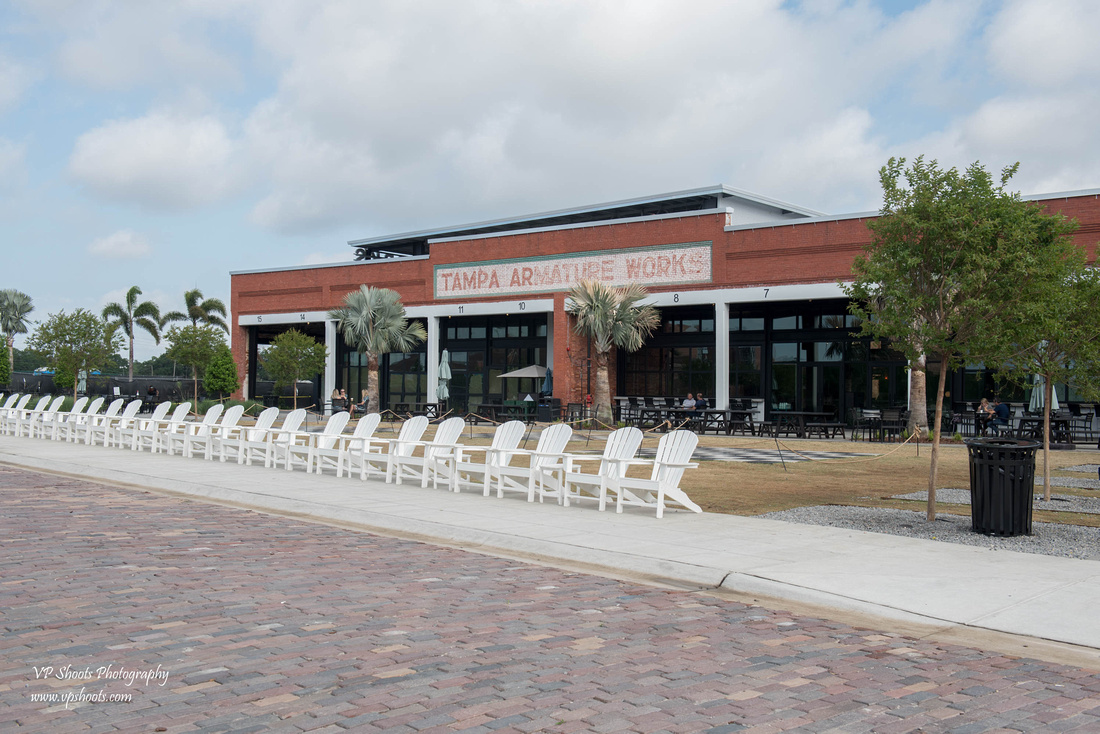 Many of the old features of the building have been preserved with the repurposing of this building.  It's very popular especially with some of the younger generations - expect it to be loud and crowded - but it's a great addition to things to visit in Tampa!