This event pulls in people from all over who participate in a week or more of living life as "Florida Frontiers".  We arrived to find that hundreds of white canvas tents of various sizes had been set up creating a small town.  All modern devices either were not allowed or had to be hidden from view.  I saw several very creative wooden boxes crafted around coolers.  The portable bathrooms were hidden behind picket fences (which we had passed but until we asked, never realized that is where they were hidden).

Upon entering, this is what we see.  The main area in front - which is a grass 'street' between a long row of tents where many of the vendors are located.  After a bit of walking around, we decided a bison burger sounded like something to try (it was similar to beef, but dryer).  Jim had some of the old time root beer (made like it was back in the 1840s - not today's style).  There were several different things to eat, many choices all cooked the old fashion way and much of it made the same way too. 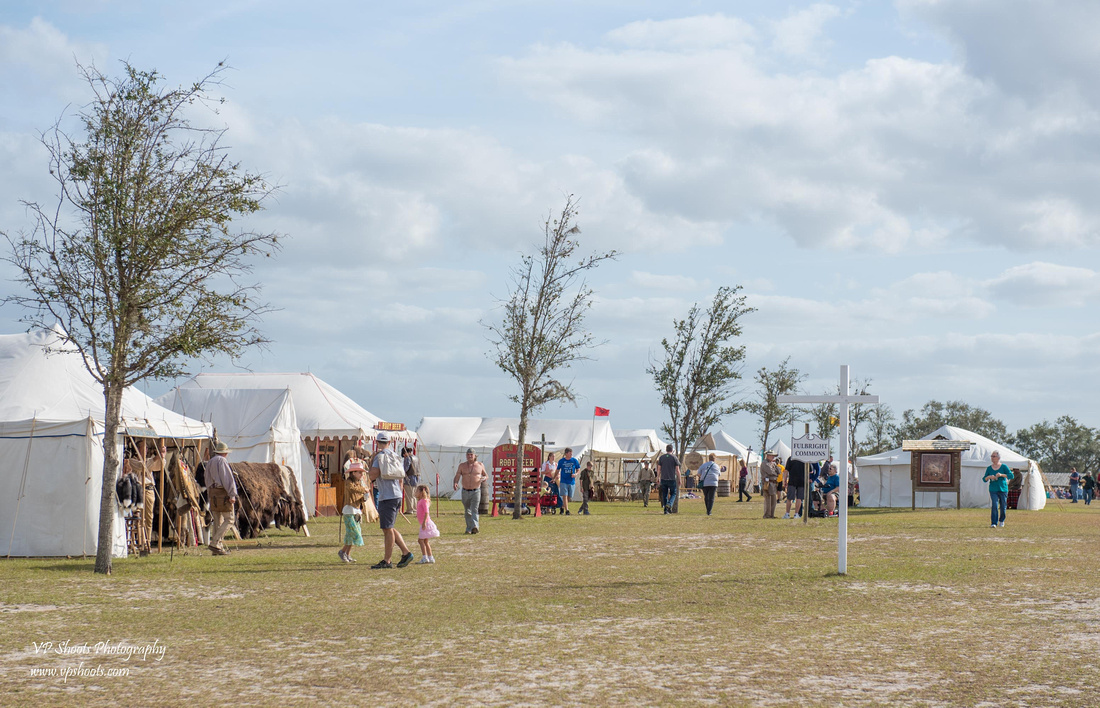 This was the 47th annual event - this means the event started back in 1971!  I'm sure the frontier has not changed in those 47 years, but this is a big event and I'm guessing that it has grown over the years.  They have four governors - one for each 'section' of the frontier.  The governors are there to maintain peace - I'm sure they don't have to many issues to deal with, but if they are needed - they are available! 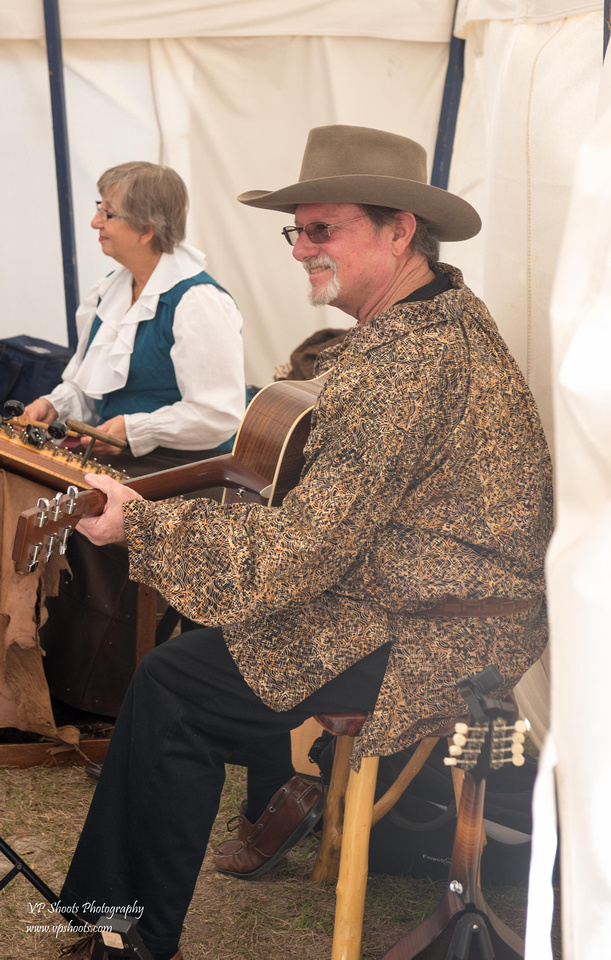 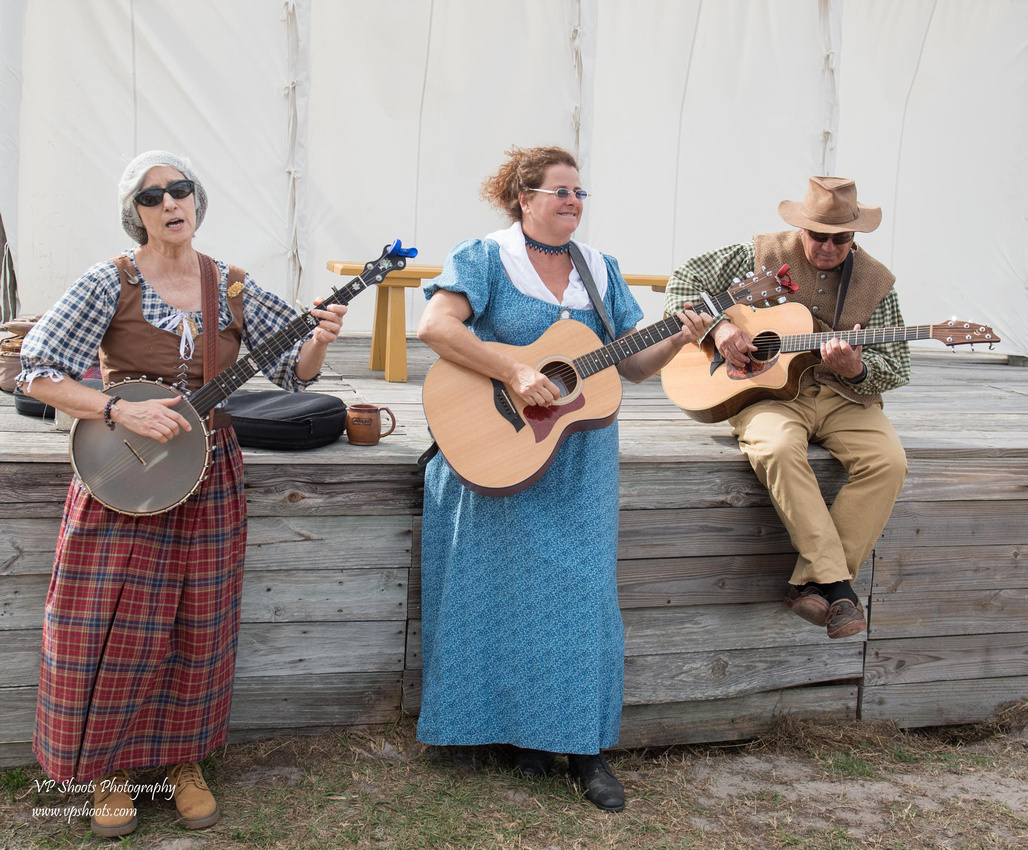 The vendors were many, but root beer was a 'staple' drink available in many of the tents. 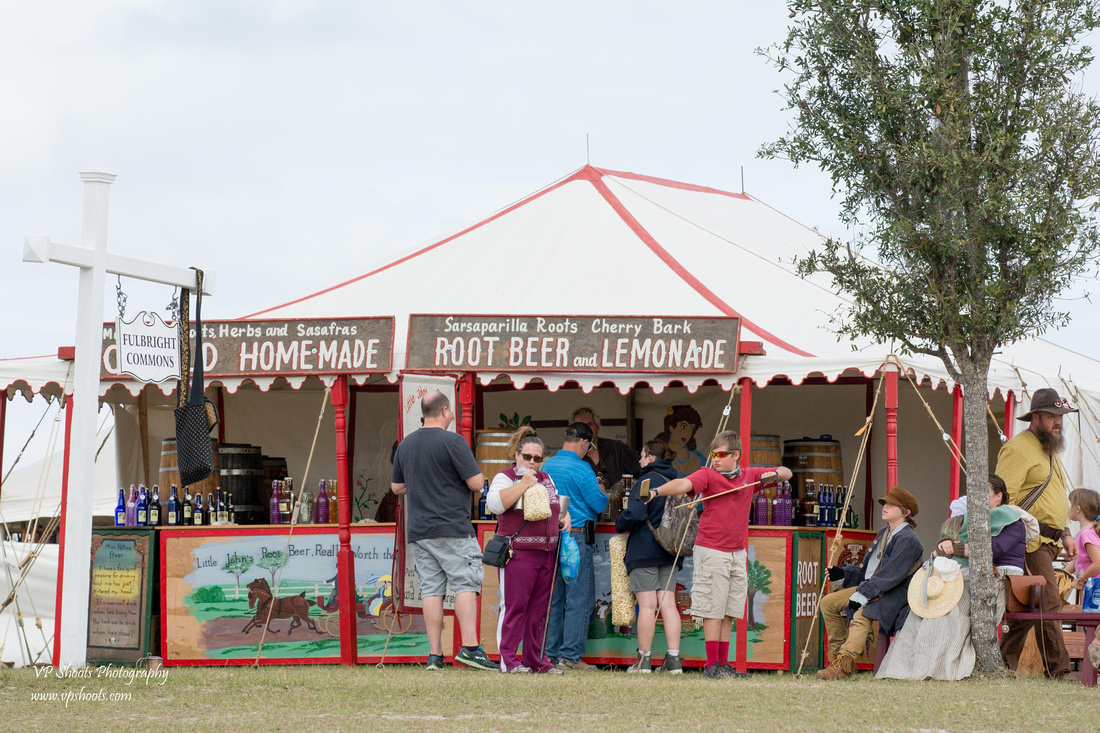 There were several blacksmiths on the frontier, one is Henry (near the entrance to town, a little to the right).  Henry was working on tent stakes for several of the frontier families as it had been very windy and many found themselves needing new tent stakes. 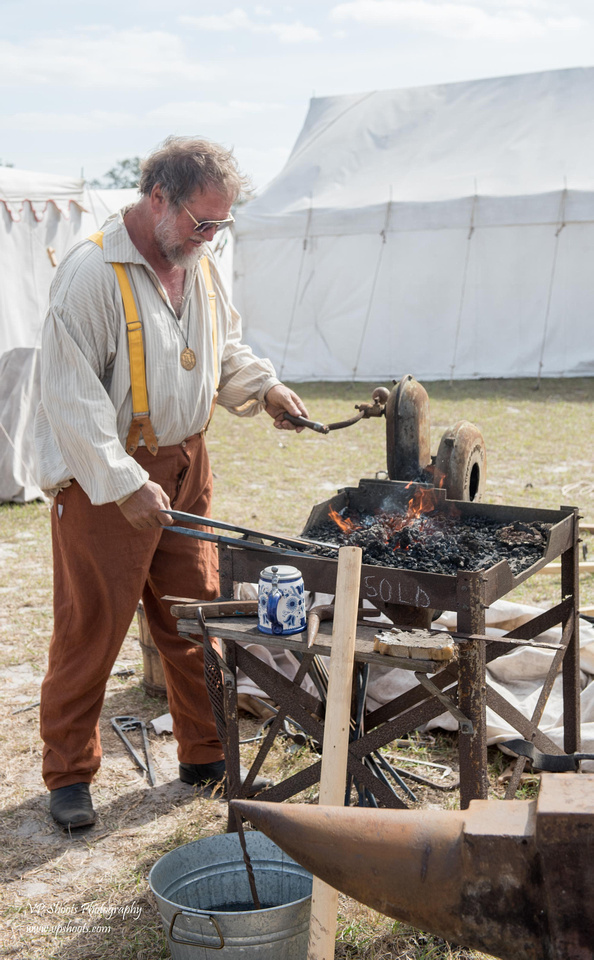 A frontier family with a small covered wagon to carry the small children. 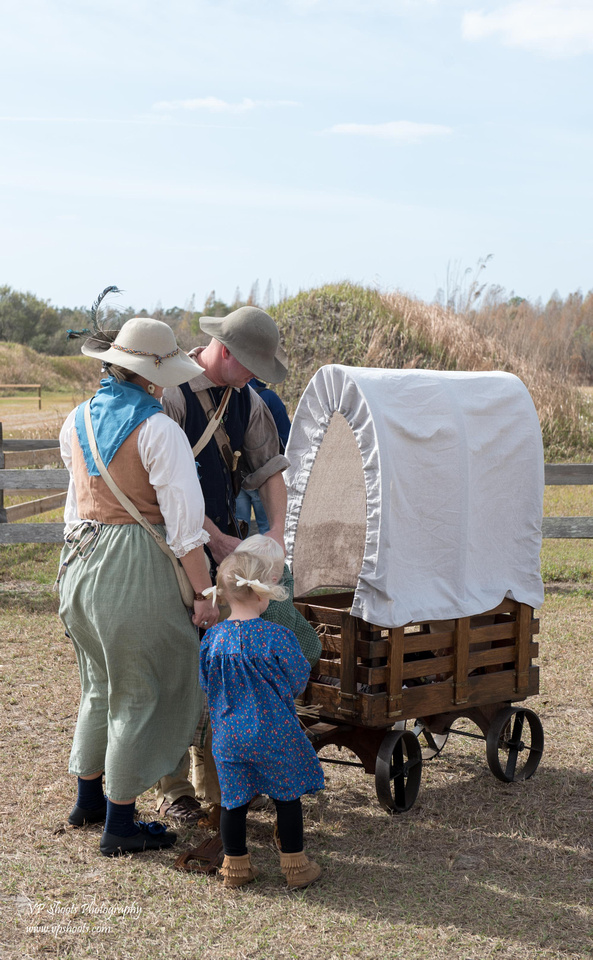 Cooking food over an open fire pit, outside from the tent homes. 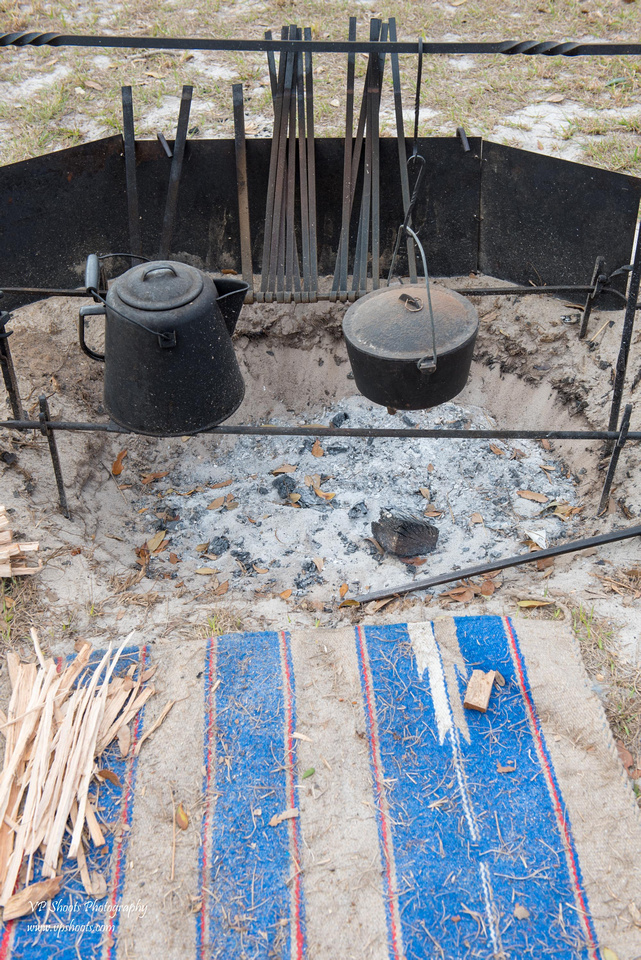 Many of the tents had heat inside with the vent coming out of the tent.  These were ovens as well. 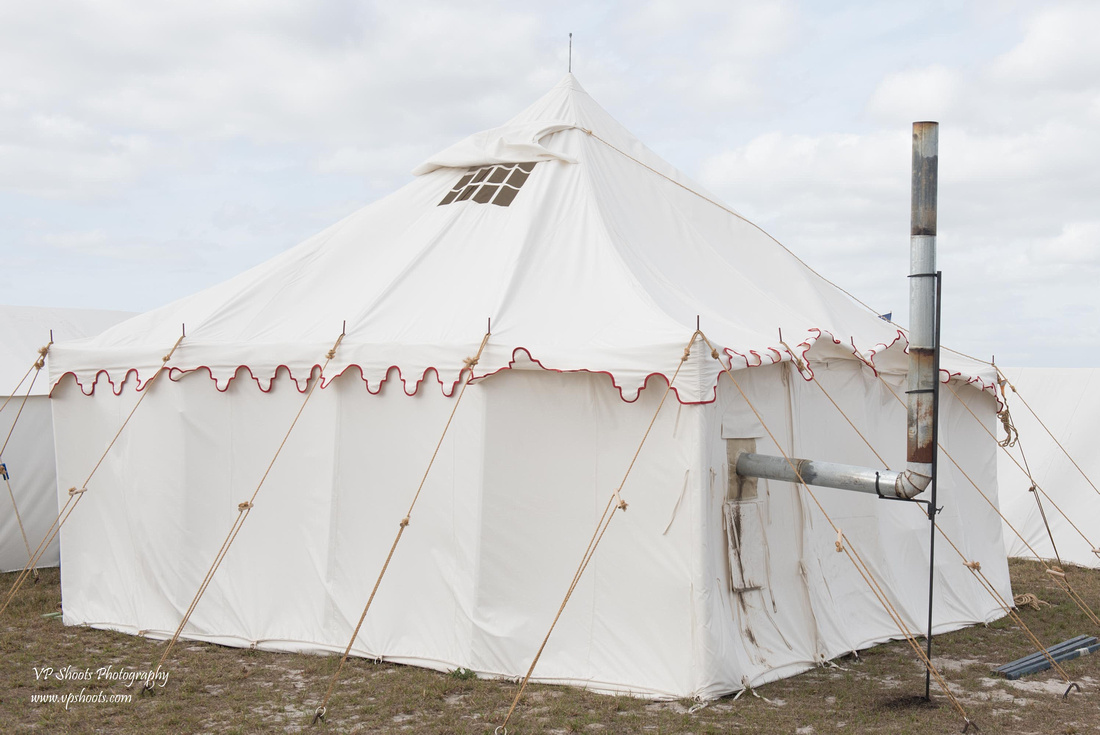 Different flags flew depending on where we looked. 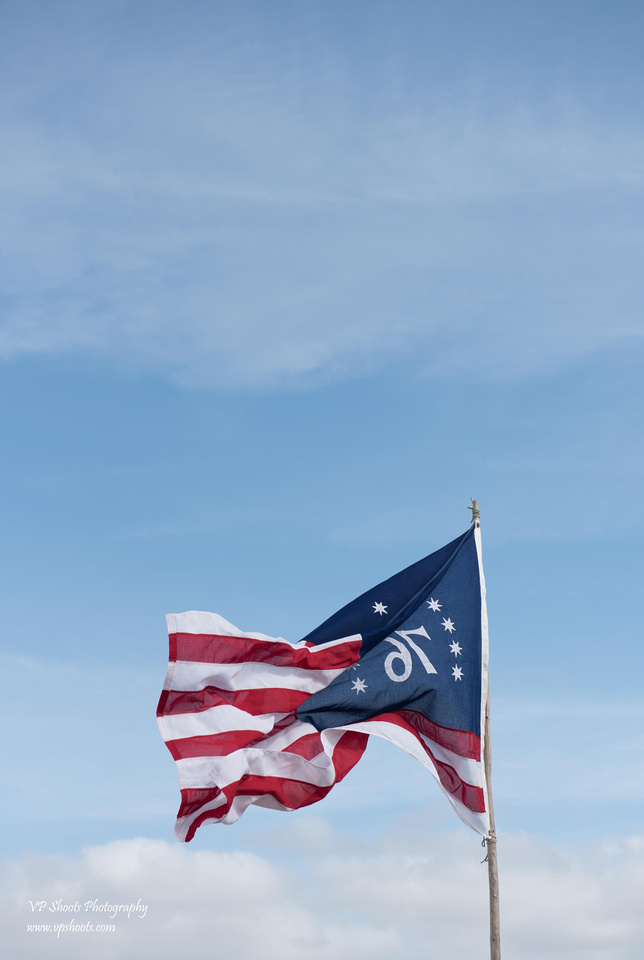 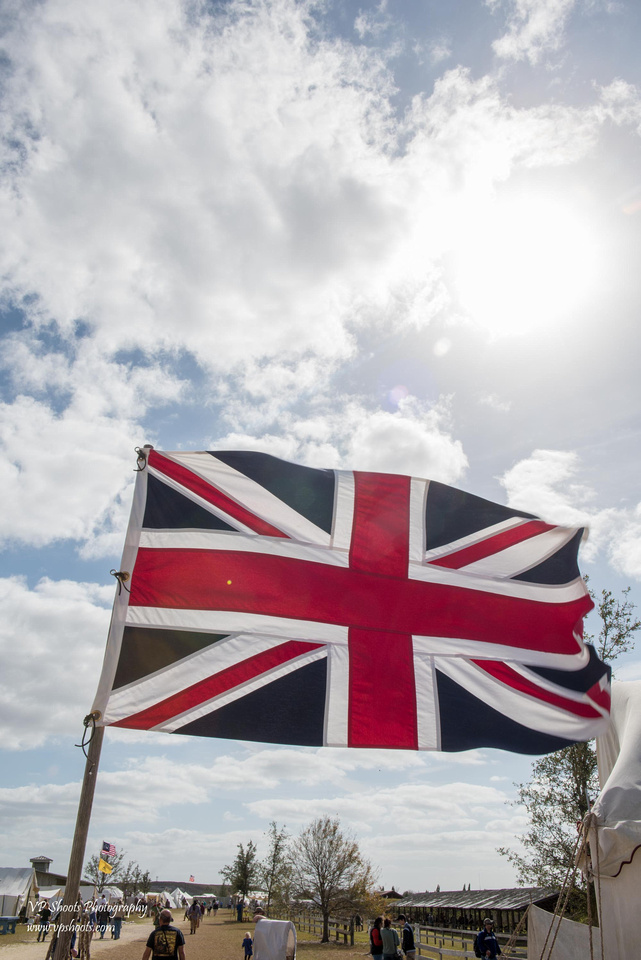 Here's a frontier man near the 'shooting' area - they were having a competition at the shooting 'range'. 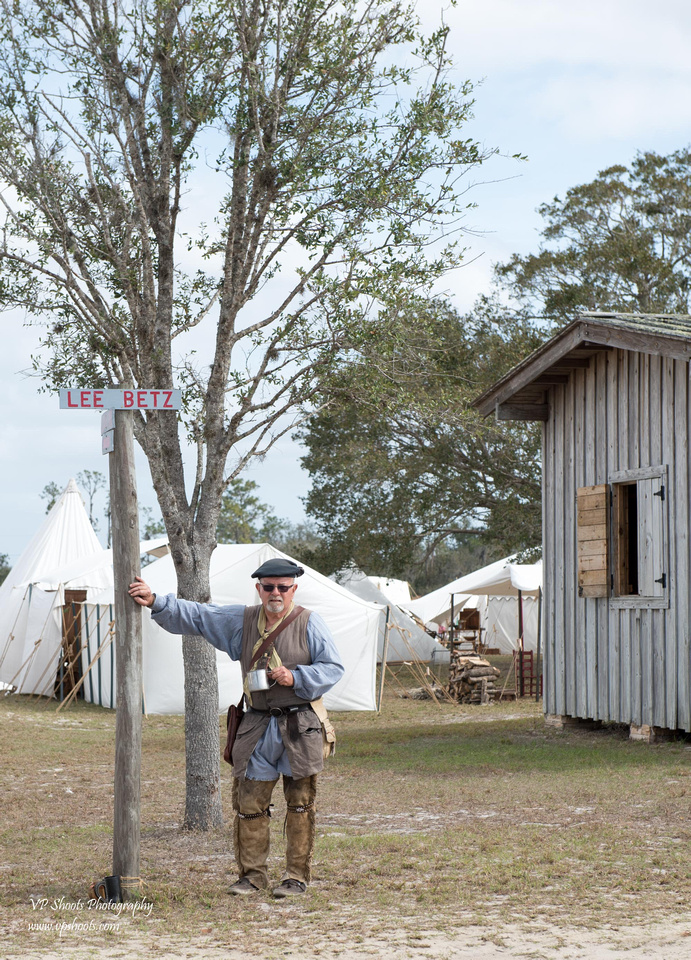 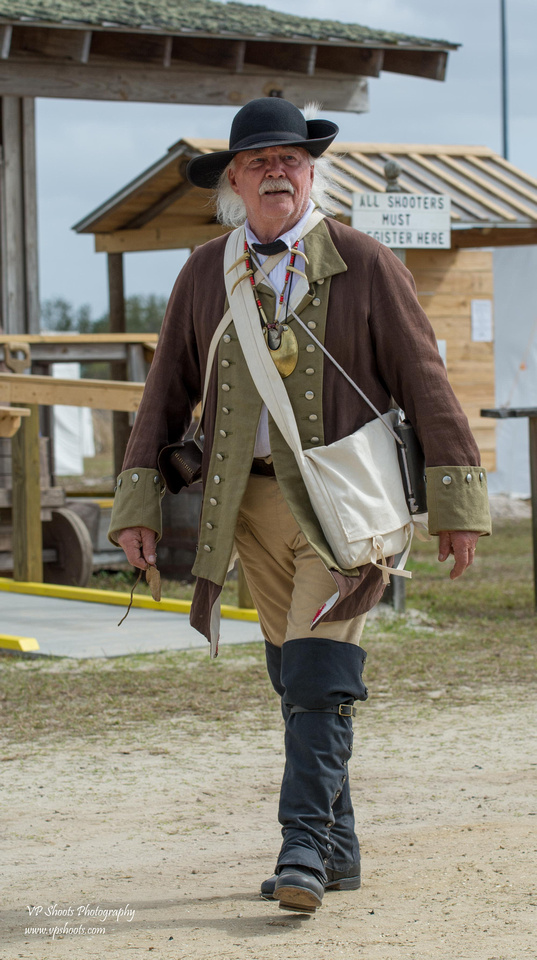 And another one (they were all over!) 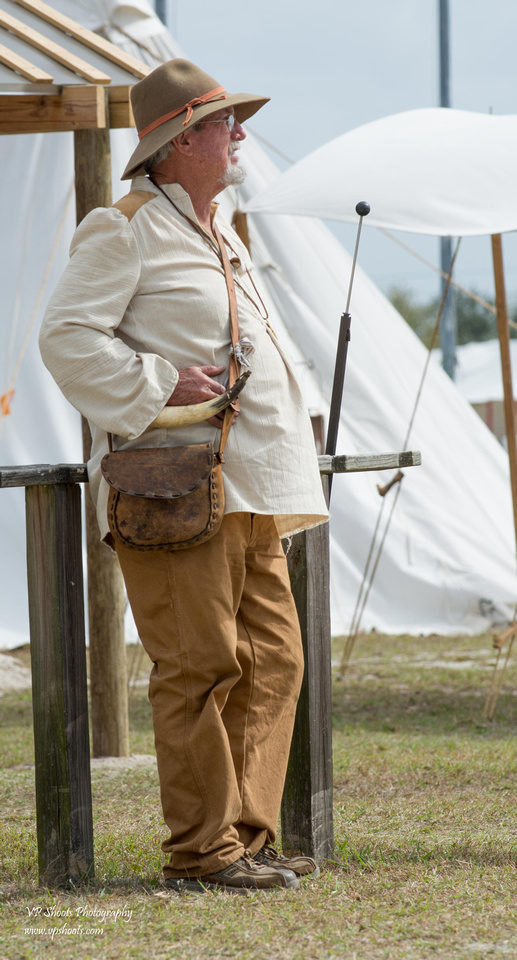 Let's not forget the clever disguise for the shower - the rectangle canvas area on the back of this tent.  They had various ways to heat the water for the shower depending on the frontier home. 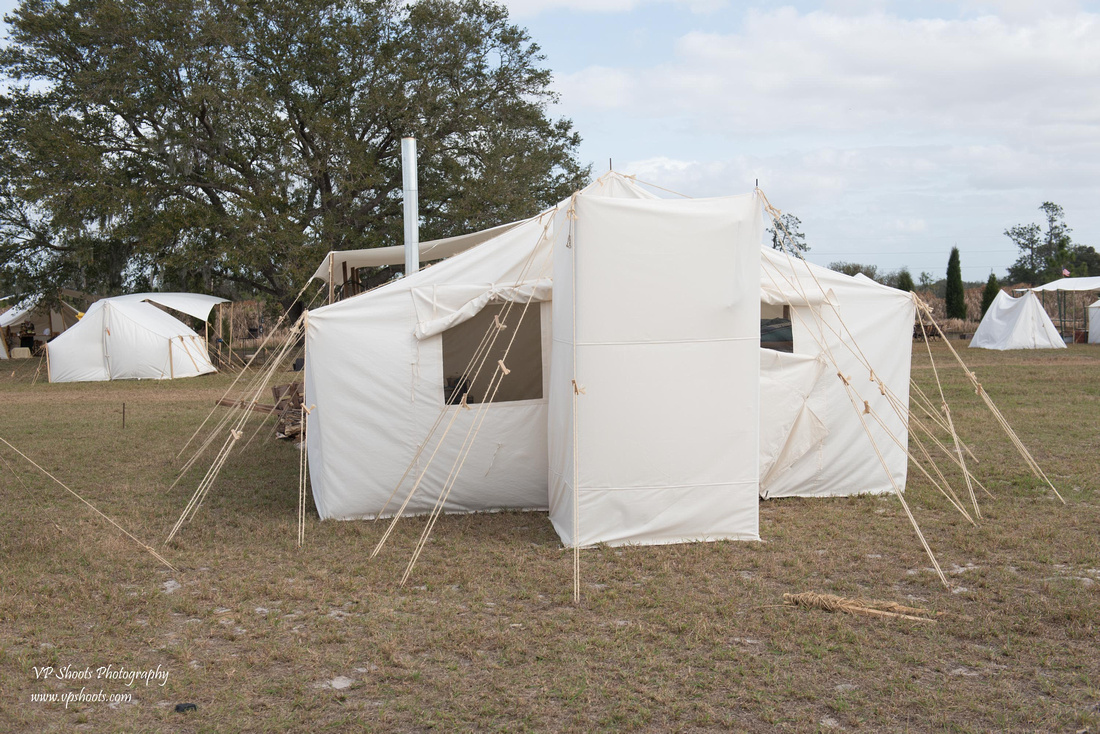 Various types of wagons and wheelbarrows were used to carry heavy items from one place to another. 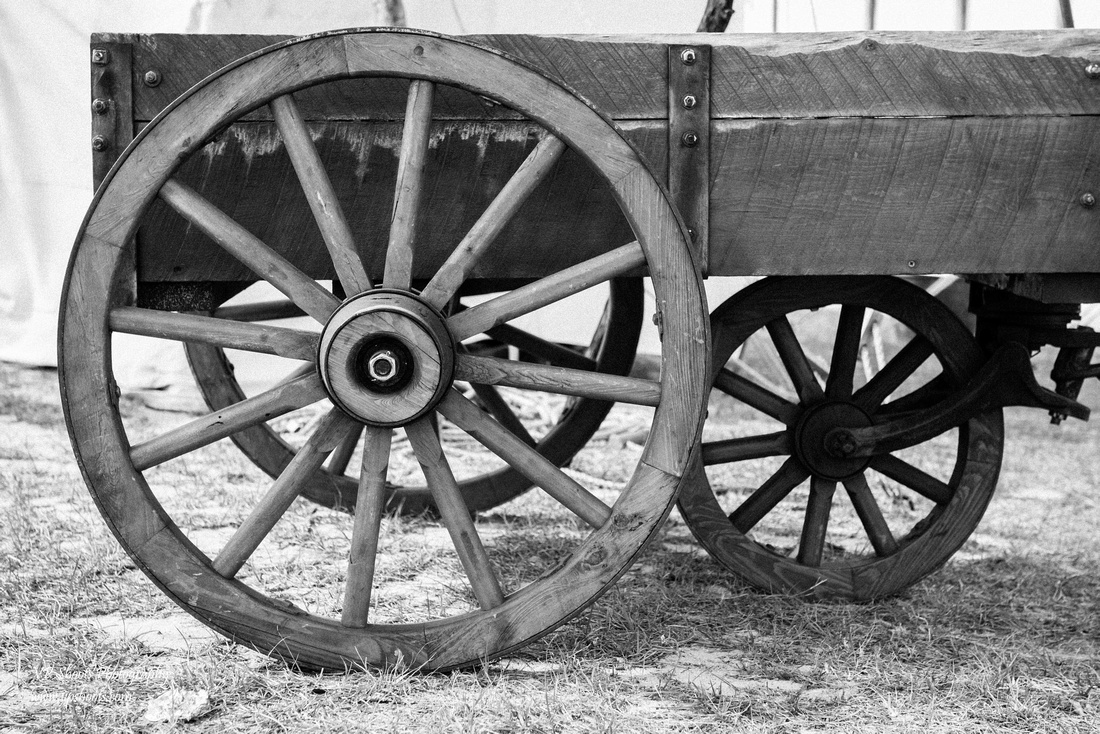 After wandering around for several hours in the land of Florida's Frontiermen, we headed back to the current world of 2018!