The Clydesdales are in town for Gasperilla, with guess appearance in Palm Harbor

This past Wednesday (the coldest day of the year thus far), the Clydesdales came to the historic district of Palm Harbor.  Temperatures started in the low 50's, dipping into the 40's before the night was over.  I'm sure the Clydesdales loved the cool temperatures and all us humans were bundled up! 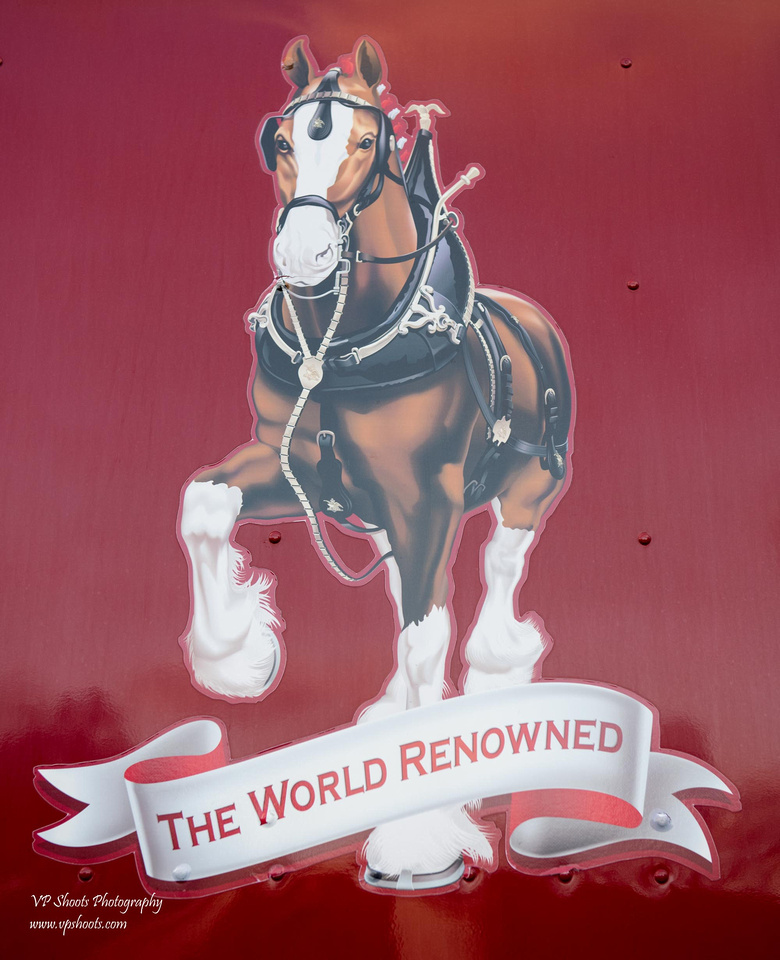 The area was packed with cars and people all converged on a small four block radius - the Clydesdales were coming to make their first official delivery to Fin's (per google search).  They also stopped outside of Peggy O's Kitchen and Taps before we headed out to get warm.

Per the Pepin Distribution website, the Budweiser Clydesdales make hundreds of appearances each year and are an American icon.  They are one of the world's most recognized corporate symbols.  "To qualify for a hitch, a Clydesdale must be a gelding at least four years of age, stand 72 inches at the shoulder when fully mature, weigh between 1,800 and 2,300 pounds, have a bay coat, a blaze of white on the face, four white legs, and a black mane and tail." per Pepin Distribution website (http://www.pepindistributing.com/the-legendary-clydesdales-are-coming-to-tampa-bay/).  Please note the information on this website (at the moment) appears to be incorrect.  Per a contact with Pepin Distribution, the following are the locations for the Clydesdales:

Information provided by using the "Contact Us" Link above and getting an email response - the response was quick, but not extremely clear - providing what I was able to gather from the email - if further details are received, I will update this blog post.

If you missed them in Palm Harbor, you still have a few more opportunities in Hillsborough County to see them - either at the Gasperilla Parade, or one of several other locations.

Three large semi-trucks were parked near the White Chapel in historic Palm Harbor.  We arrived just before 5:30pm, many looked like they had been there for a while - the Clydesdales were just starting to unload from one of the semi tractor trailers. 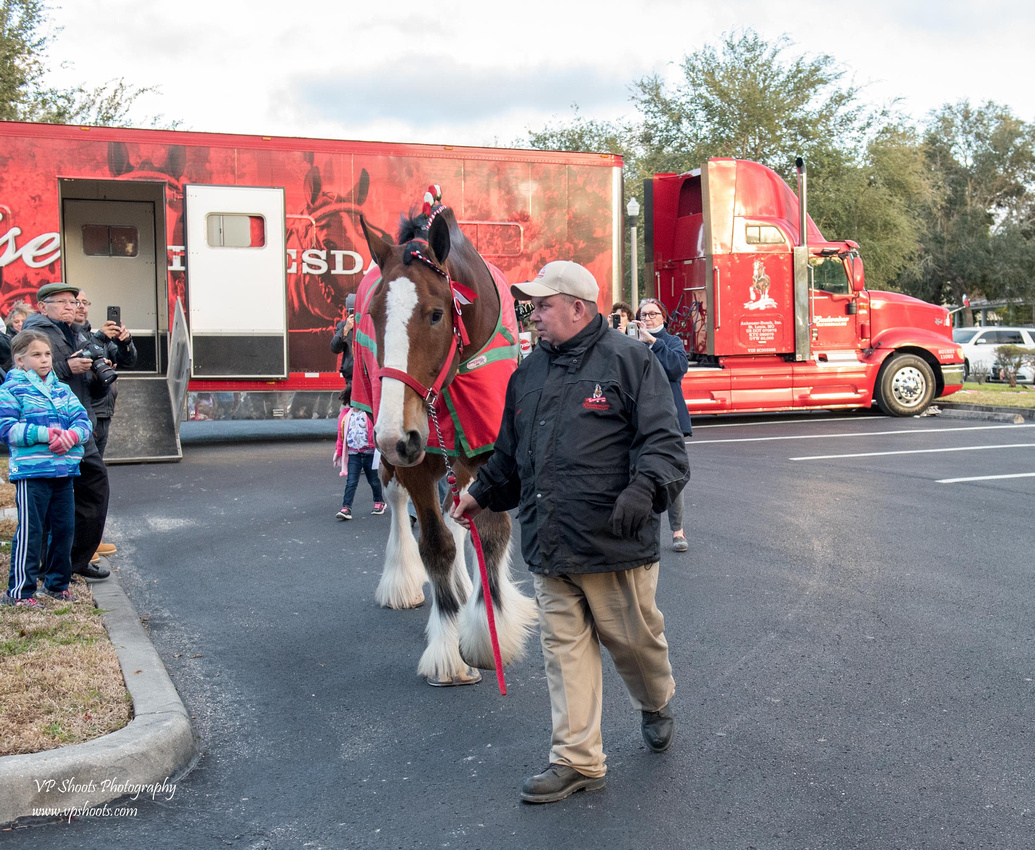 As the horses were just starting to come out, the crowds were not yet thick - but soon people began to gather as these beautiful horses came out one by one.  Four horses were in another trailer waiting for their turn to come out, here's one hanging out in the trailer. 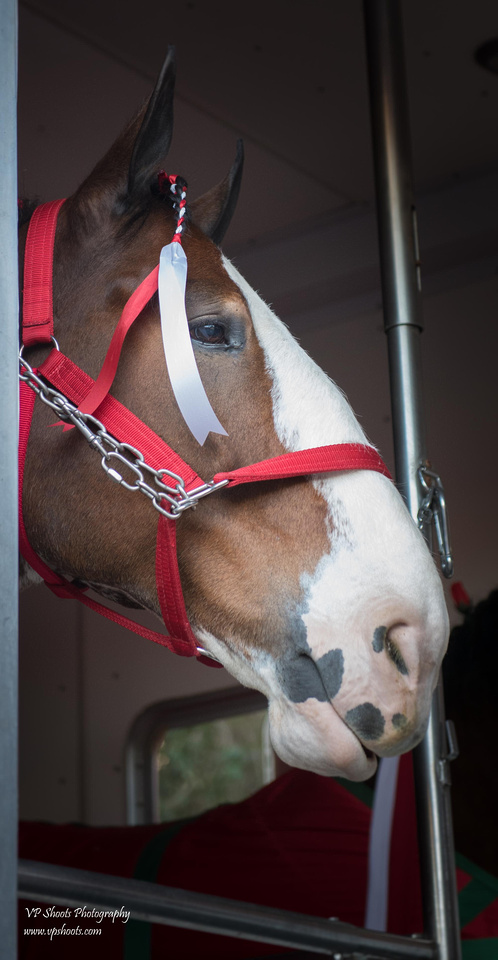 They are 'dressed' in red with white and red roses along their manes. Meanwhile, each horse was escorted over to the trailer containing all the harnesses, eye covering, etc. (I am not strong in 'horse world'). 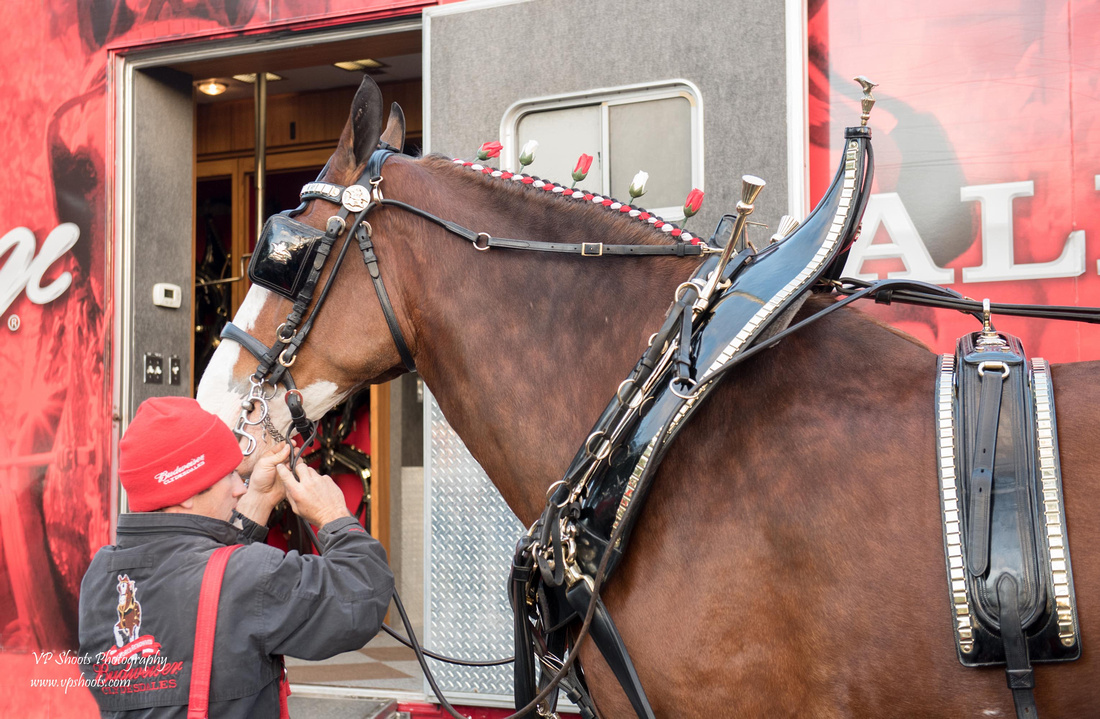 The first horse is attached to the carriage. 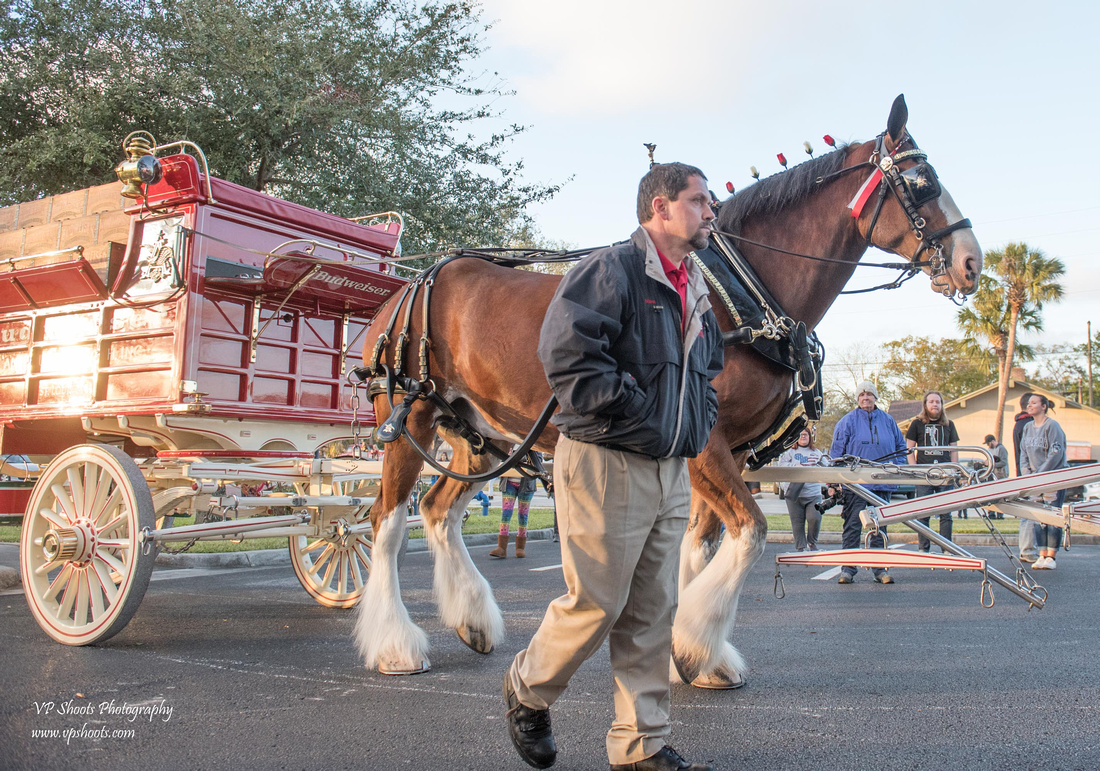 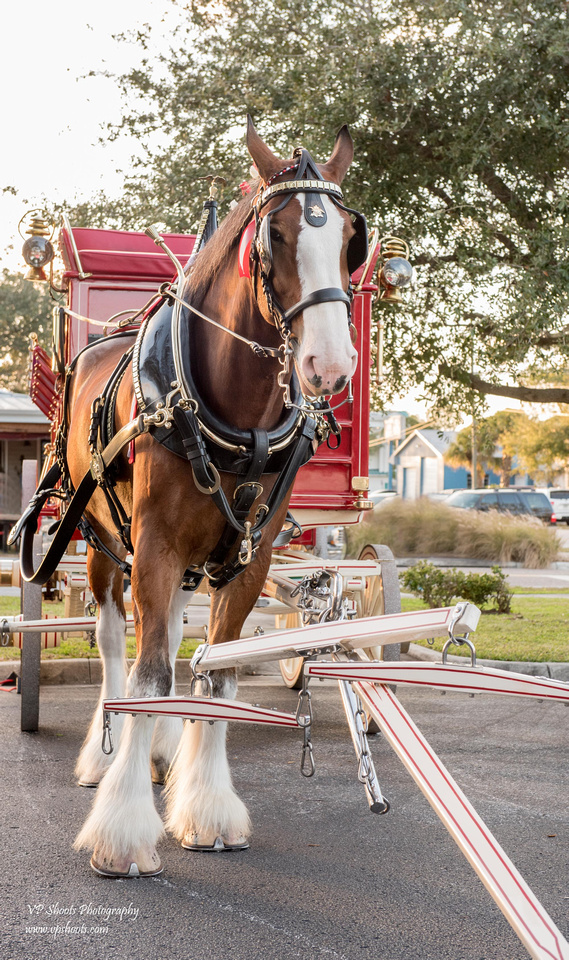 As time went on, the other Clydesdales were attached to the carriage - one by one. This Clydesdale waiting for the tour to start,  turned it head to look at me as I was passing by to get some photos. 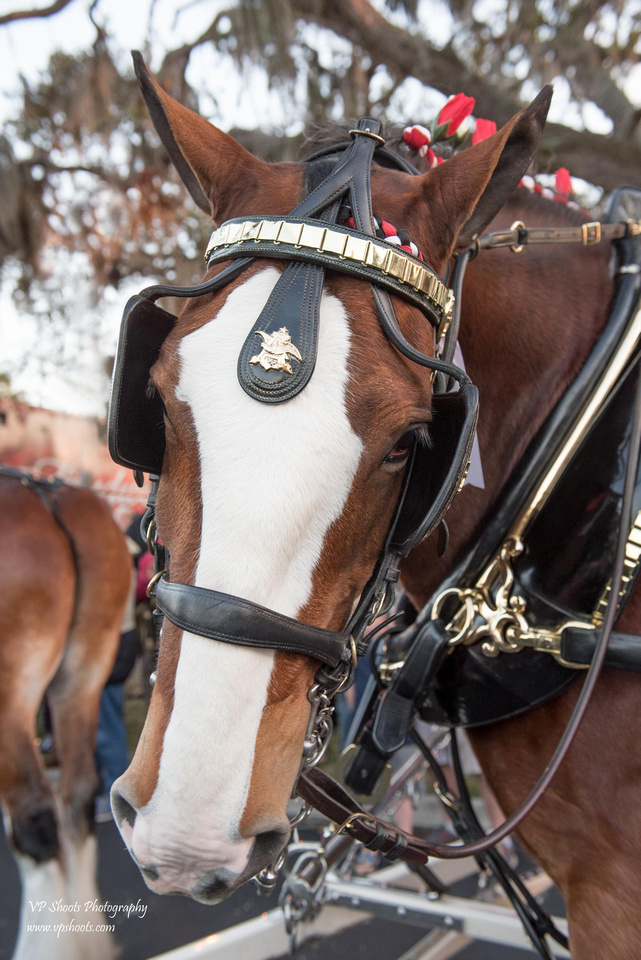 The last horse is getting the finishing touches - soon all six Clydesdales will begin their tour of downtown historic Palm Harbor. 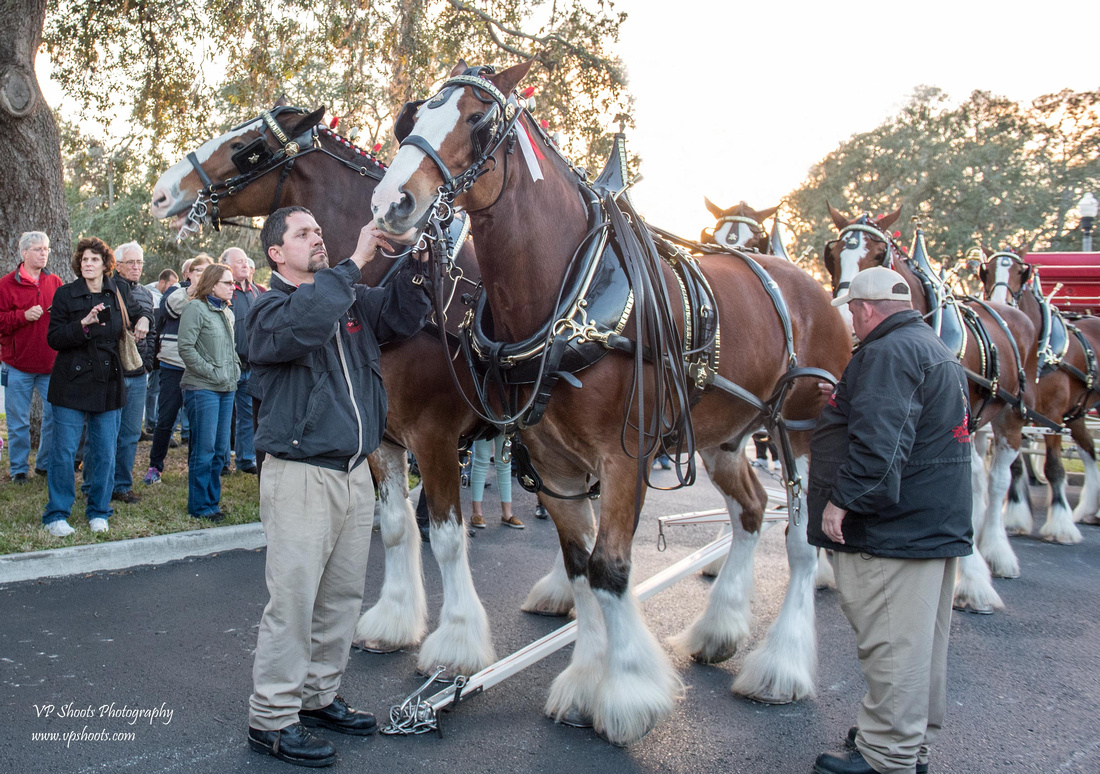 After about 30 minutes to get the horses ready, it's time to go. 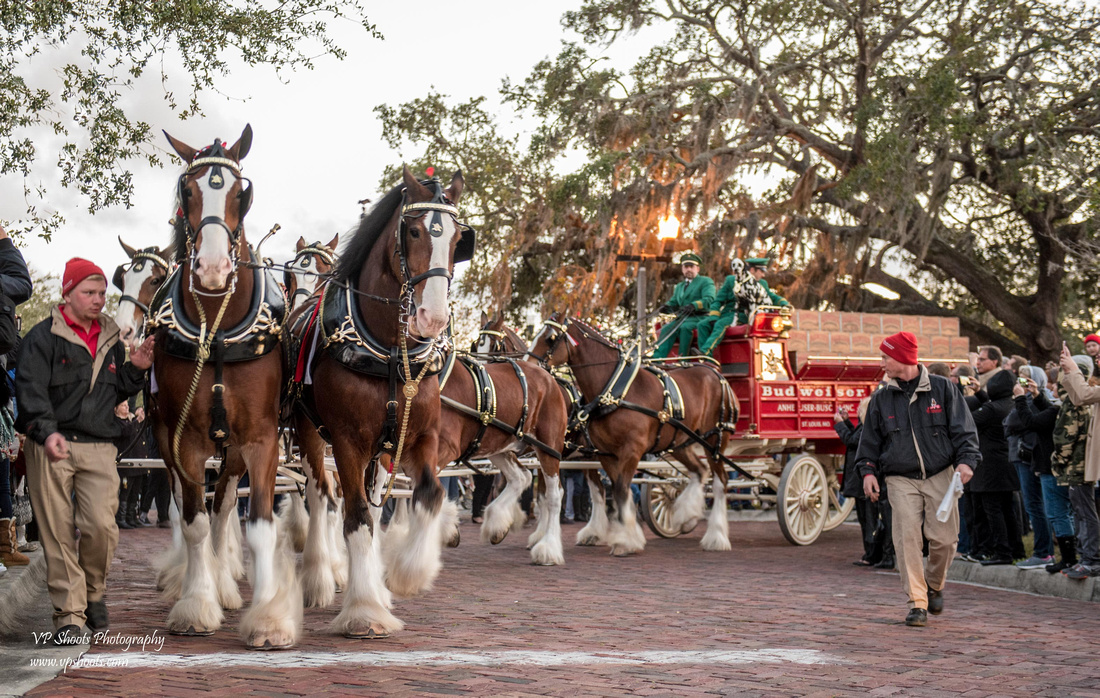 As the 'men in green' passed by and started out of the parking lot down the street - what should I see but a Dalmatian!  Oh what a beauty this dog is - "Weiser" the beautiful white dog with black spots sat proudly next to the men in green. 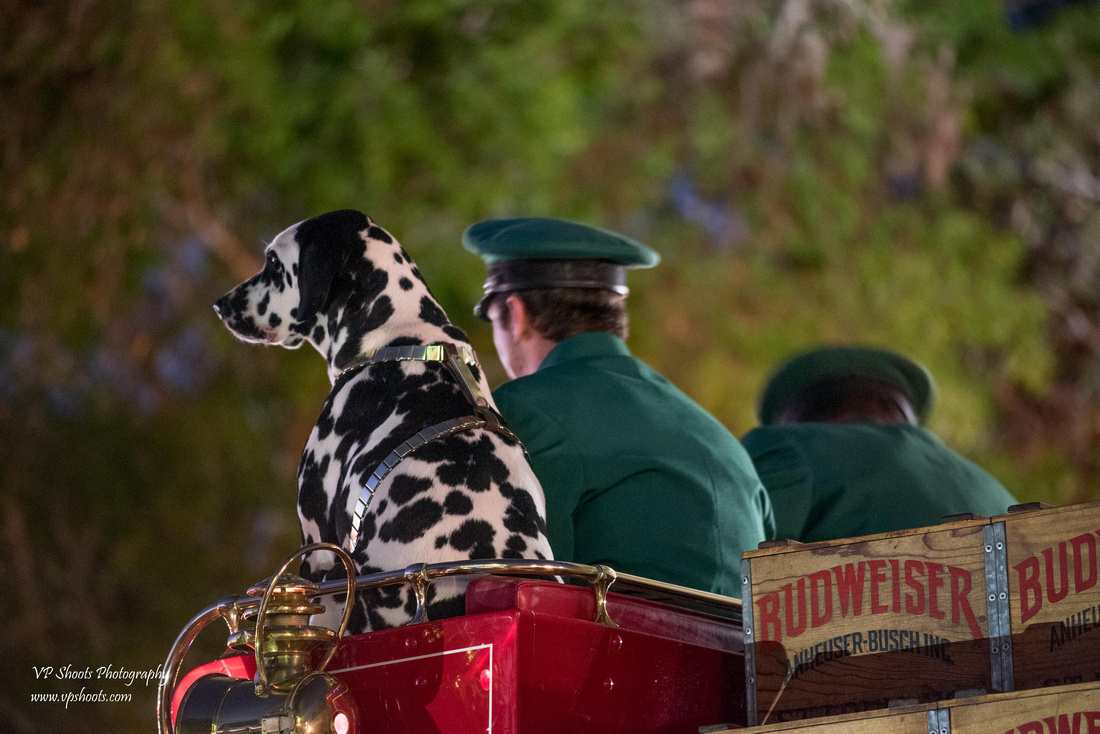 The beloved dalmatian sitting up there in the 48 degree weather, never making a sound but turning to look at all the people down below - many of them taking photographs and some with flash as it got darker. 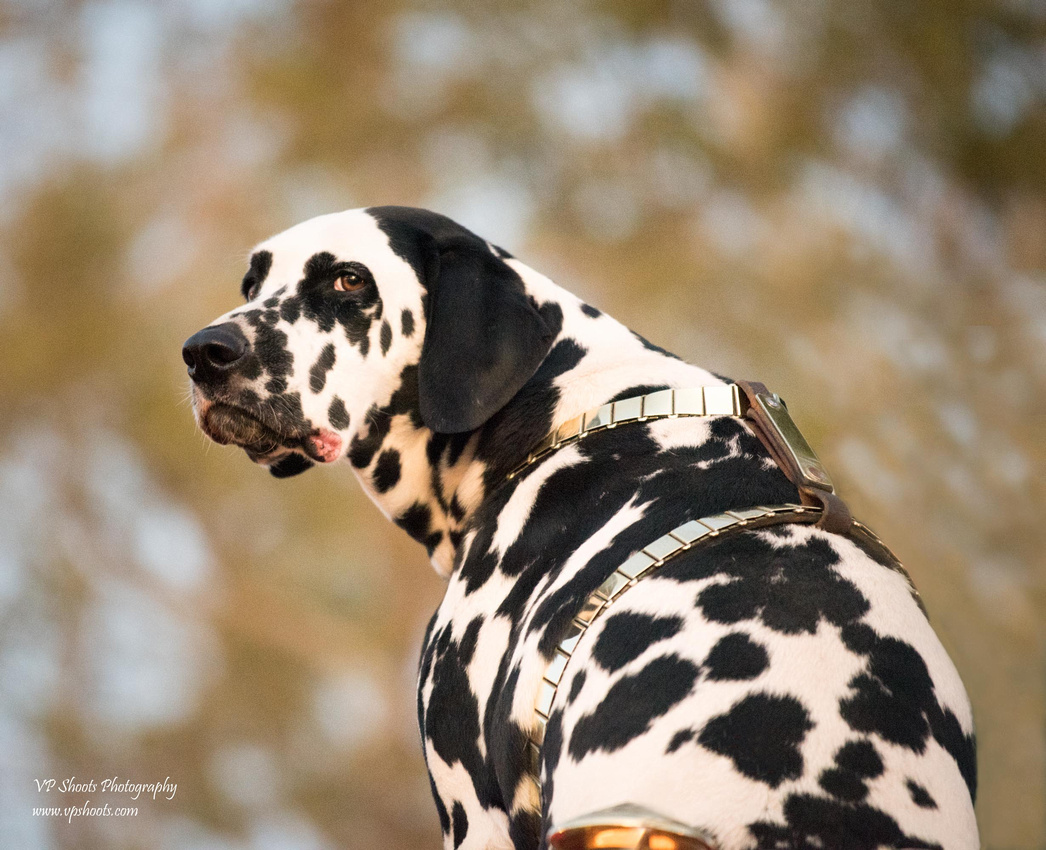 A first stop waiting for all the people to get their views and 'complete the delivery'. 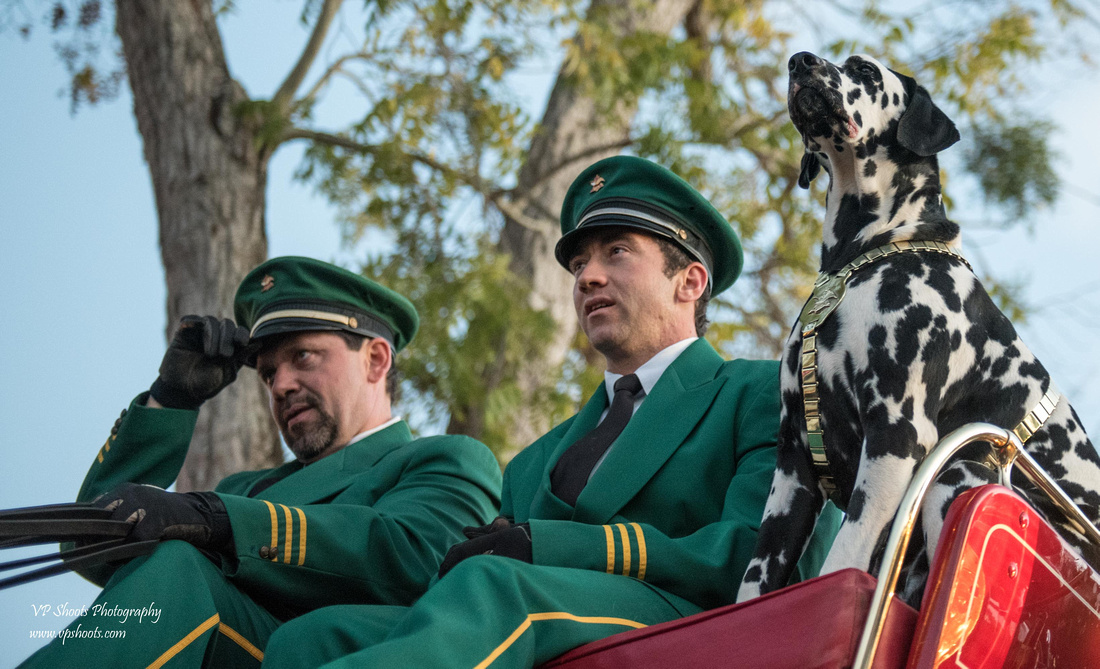 This photo says it all - many took photographs with their cell phones - others with big cameras, but all taking memories of the same moments in time. 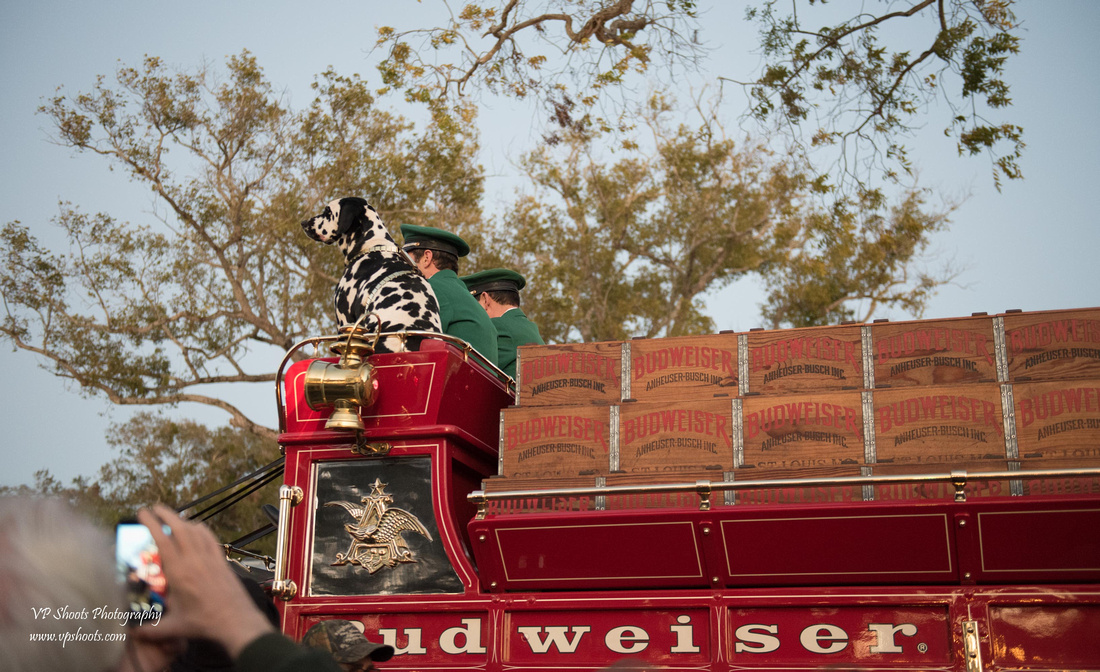 As night falls, we take a few last photographs before heading out. 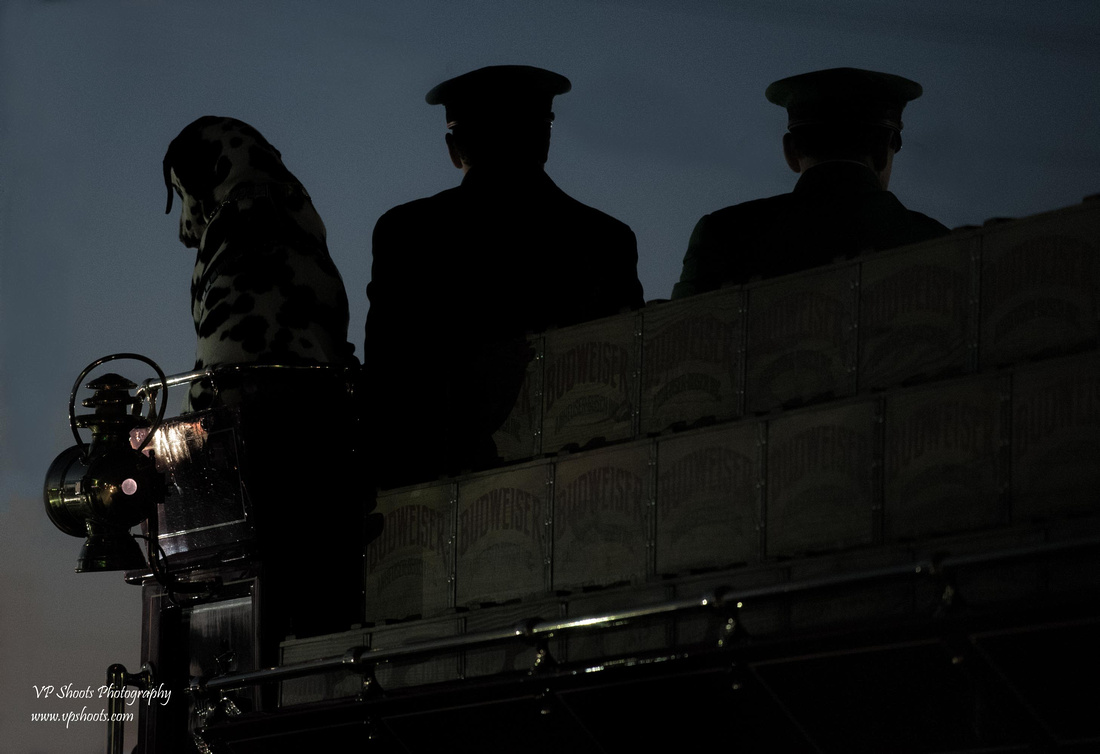 That's all for this week!

Ursula(non-registered)
Oh, I really enjoyed this blog. Loved the photos, especially of the horses.
No comments posted.
Loading...
Subscribe
RSS
Recent Posts
Silhouettes in dog photography Memories of your pet - whether it be when they are young or a senior A walk in Eureka Springs Park, Tampa, Florida What to expect at your Pet Photography session Thinking about professional pet photographs? Photographing big mutts (those large mixed breed dogs we all love) How I pick a location to photograph dogs Dogs in the flower field Collars I recommend for your dog's photography session? My dog won't look at the camera - how do I fix this?
Keywords
canine dog vpshoots outdoor pet photography Florida dog photography pet photography blog park rescue
Archive
January February March April May June July August September October November December
© VP Shoots Photography
User Agreement
Cancel
Continue