I got my first 'real' camera for Christmas, 1978.  Back in those days everything was manual and we all shot film so it wasn't as easy as taking photographs is today and deleting those that you don't like or didn't come out well.  You paid for those images, either by having the print and paying for it - or perhaps by just losing the exposure on your roll of film.  I've recently been going through old photographs as I would love to get them to the people in them - particularly if it isn't my family - but instead friends and relatives along my journey in life here on planet Earth.  I came across these old photographs (not the best I'll admit) of Fairy Land - if you grew up here and you're at least 40, you probably remember it.  The big rainbow ? 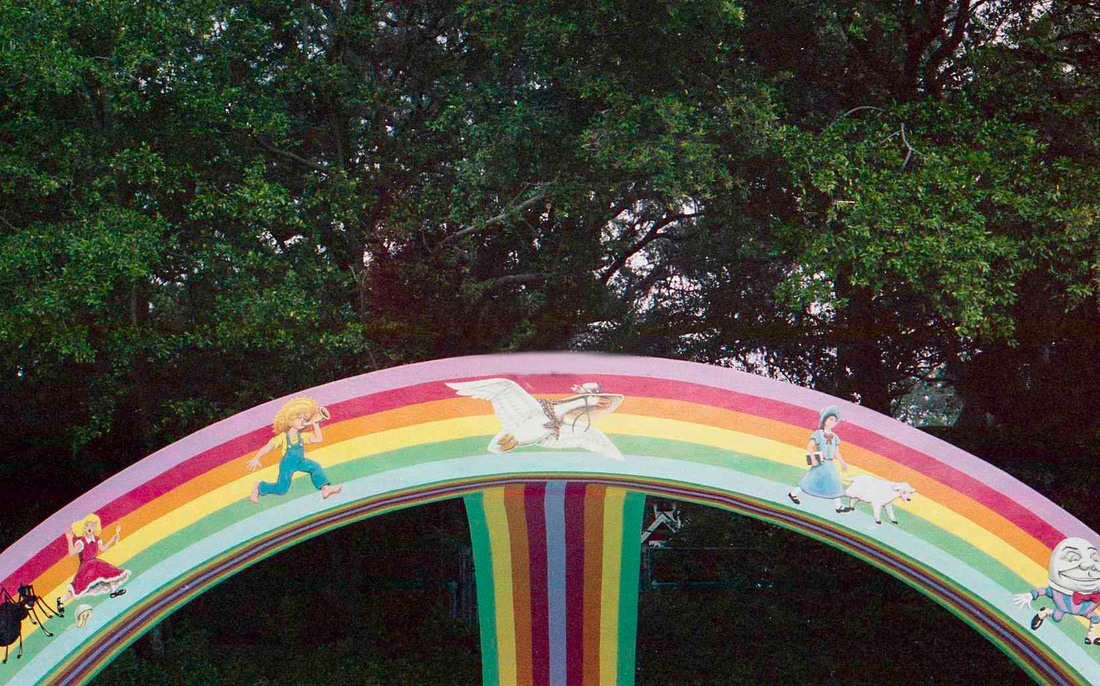 I don't appear to have any photographs of the entire rainbow, but there was a little water pool at the bottom in front of this rainbow.  This was the entrance to fairy land.  Fairy land was introduced back in the 50s.  These photographs were taken in October 1979 - yes, that's a long time ago and I was very new to the world of photography.  I look back at these photographs and realized how much better they would be if I had taken them yesterday....but, Fairyland was razed in the late 1980s.  It doesn't exist anymore and there is no way to 'get better photographs' of these iconic pieces of my teenage years. 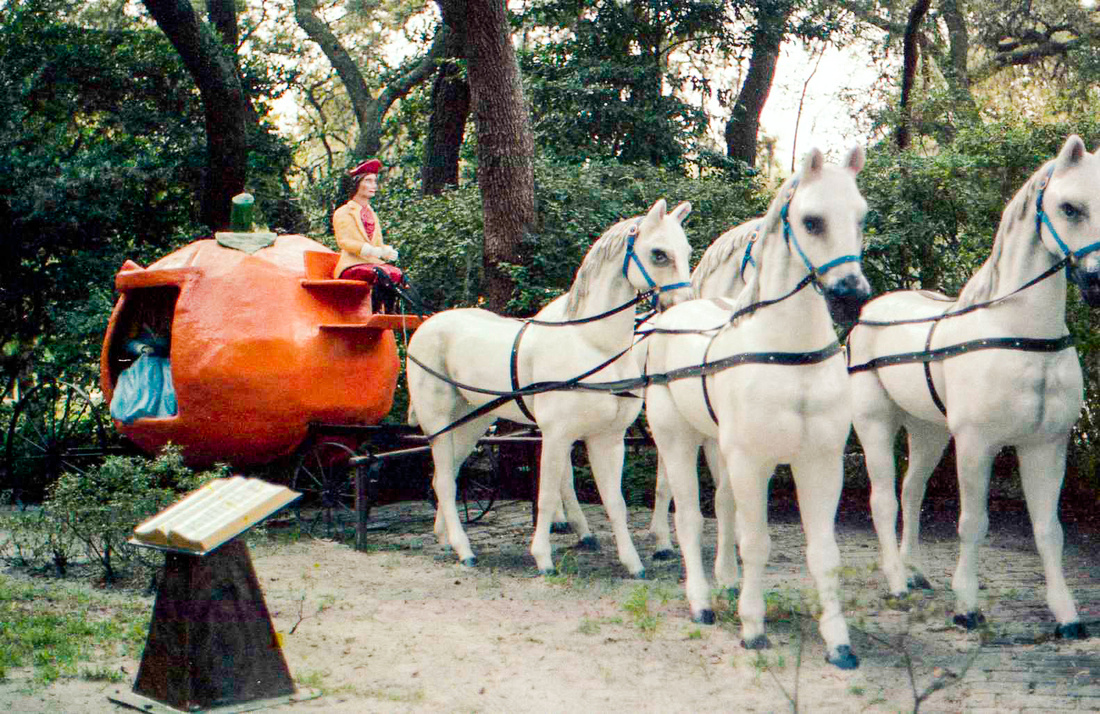 Today, I would be paying attention to the fact that I cut the horse head off - but apparently not in my first year of doing photography so long ago.  Each one of the areas within fairy land had a book on a post as shown here on the bottom left of this photograph. 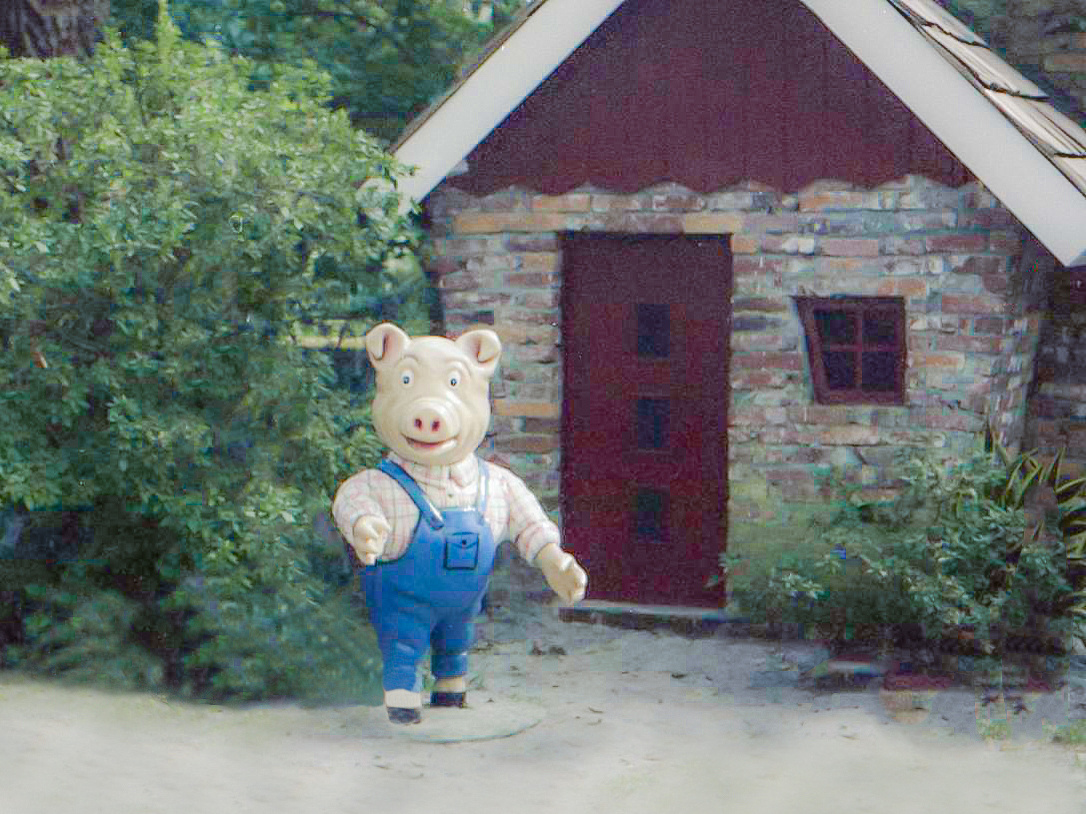 One of the pigs standing outside his house in fairy land. 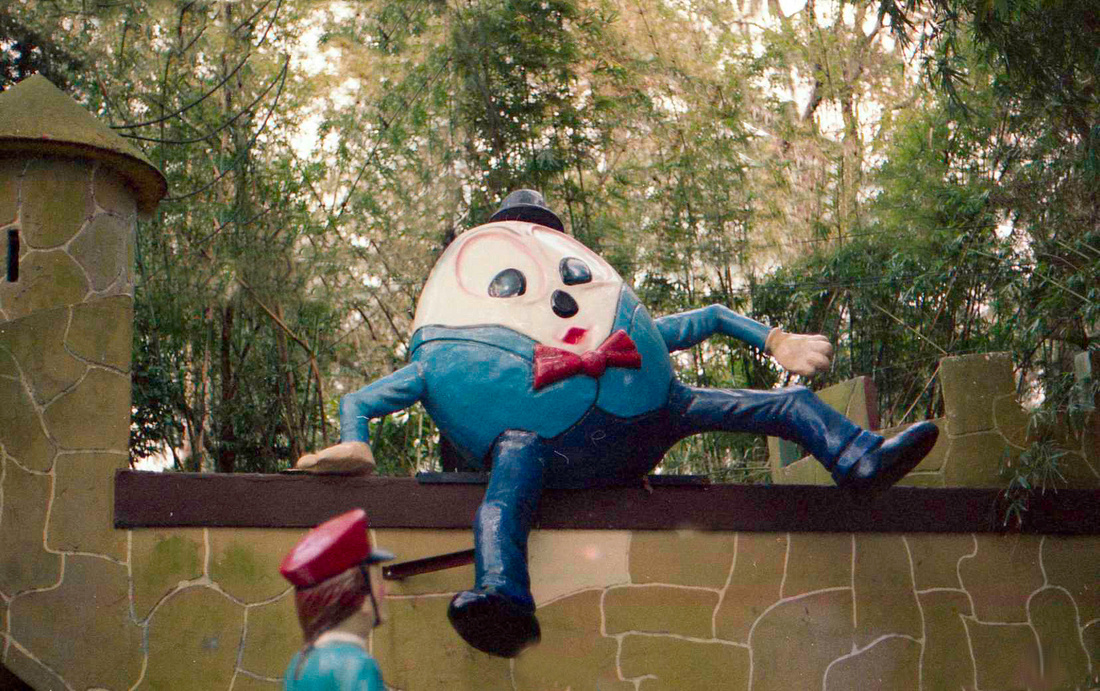 Humpty Dumpty sitting on the wall.  Looks like the wall needs a little cleaning as it has some green algae growing on it but he stayed on the wall and didn't fall off while we were there having been anchored on pretty well with some brackets (you can see one on the left leg). 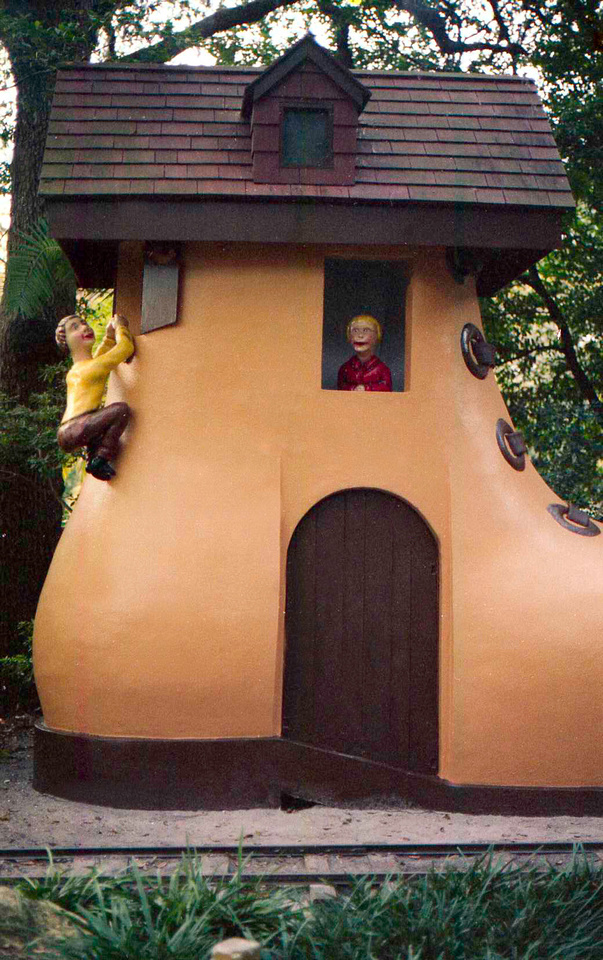 The little old lady that lived in a shoe, and a railroad track went right in front of her home.  Guess I didn't have the right lens to capture the entire shoe, so I got what I could with a 50mm lens. 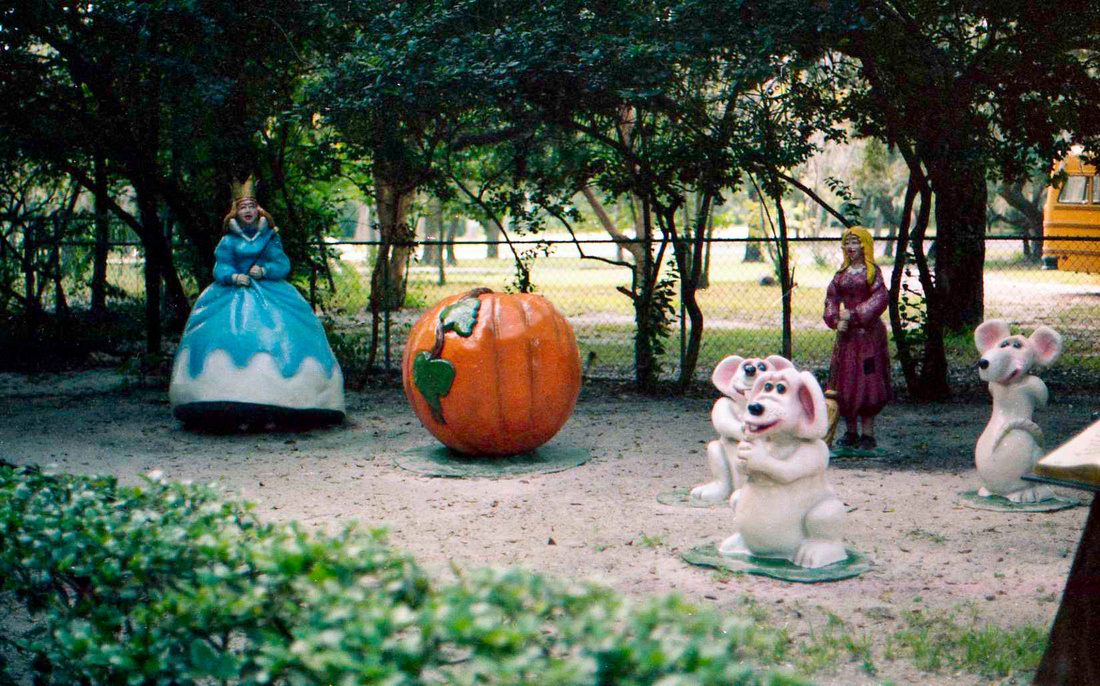 This is the last photograph I found which is the 3 blind mice along with Cinderella? I'm looking at this as an adult and really having a hard time thinking these are great photographs, but they are the only link I have to this history that once was available for children to play and learn about various nursery rhymes before the age of computer and video games.

I'm happy to say that my photography has improved a LOT since I was a teenager, but I thought that many might enjoy this trip down memory lane.

Dan Perez(non-registered)
By the way, great photos! Jason Hulfish, the artist who is restoring the surviving Fairyland figures, may find these useful.
Dan Perez(non-registered)
Sorry, meant to include this in my previous comment: Those mice are 3 of the 4 mice that in the Cinderella story, where turned into the 4 horses that pulled her magical pumpkin coach. There was probably one out of frame to the right. This is the "Cinderella in rags" scene.
Dan Perez - TampaPix(non-registered)
Some of those figures are still around and being restored by Jason Hulfish. Richard Gonzmart of the Columbia Restaurant Group bought them at auction from the city, and hired Jason to restore them. See my website at www.tampapix.com/savingfairyland.htm. Also, I'd like very much to show your photos on my site at my Lowry Park / Fairyland feature, with credit to you. See www.tampapix.com/lowrypark.htm. Thanks!
No comments posted.
Loading...
Subscribe
RSS
Recent Posts
Happiness is....spending time with your fur kids (aka, dogs) What kind of dogs are they? Tampa's Riverwalk is dog friendly! Photography session with a large dog named Buck Dog friendly lakes, Western North Carolina A walk at dog-friendly Lettuce Lake Park in Tampa, Florida St. Patrick's day dress up for the dogs Photographing for local pet rescue Number one reason to have photographs taken with your pet Dog Photography, People Photography, Wedding Photography - a look back at the year 2021
Keywords
canine dog vpshoots outdoor pet photography Florida dog photography pet photography blog park rescue
Archive
January February March April May June July August September October November December
© VP Shoots Photography
User Agreement
Cancel
Continue