This morning the dogs and I went to Dade City to check out the "Dogs Day in Dade City" event happening at Agnes Lamb Park located at 14246 9th St, Dade City, FL 33523 off Meridian Avenue next to the downtown Dade City area.  Since it was my first venture to this event, with camera and dogs in tow (Abby and Jimbo - with me solo), it was going to be a 'trial run' to see how it went.  At first, Abby wasn't the best greeter.  Then she calmed down and for a good 90 minutes, Jimbo was a good boy but eventually he couldn't handle any more and we had to head home early.  Jimbo is our boy and has been for over 4 years now - he is very good with Abby but there are times when, well, you know how it is if you have siblings?  Same thing happens with dogs - it's the "I've had enough" look. 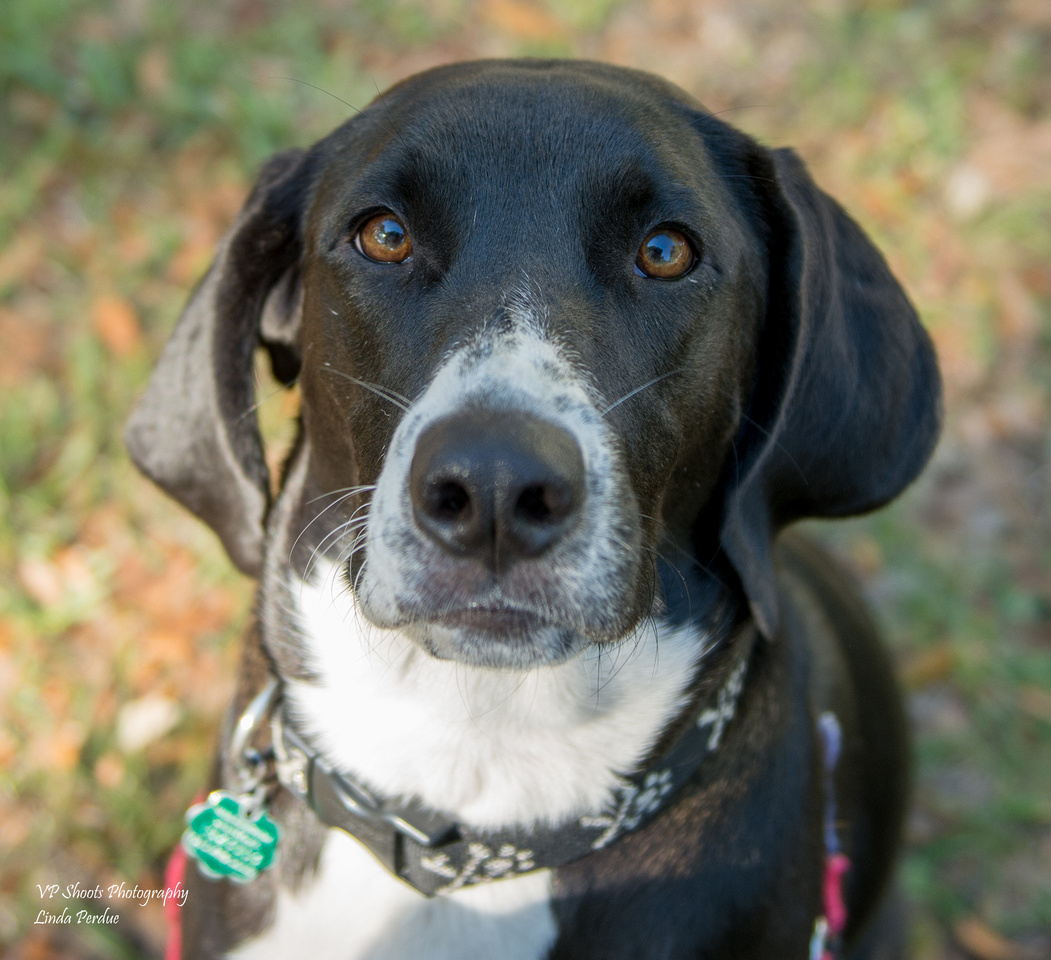 We watched the color guard young men come in with the flags.... 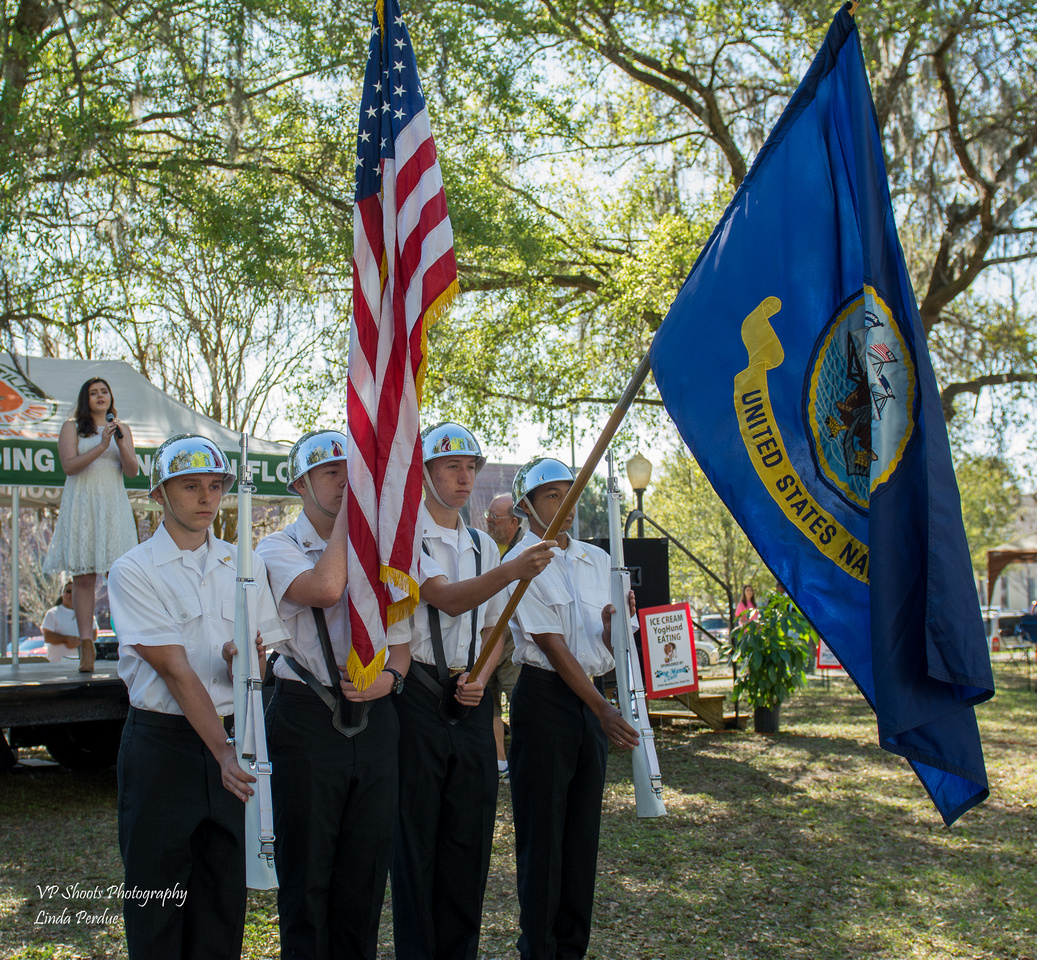 And then a young lady sang the national anthem followed by the pledge of allegiance. 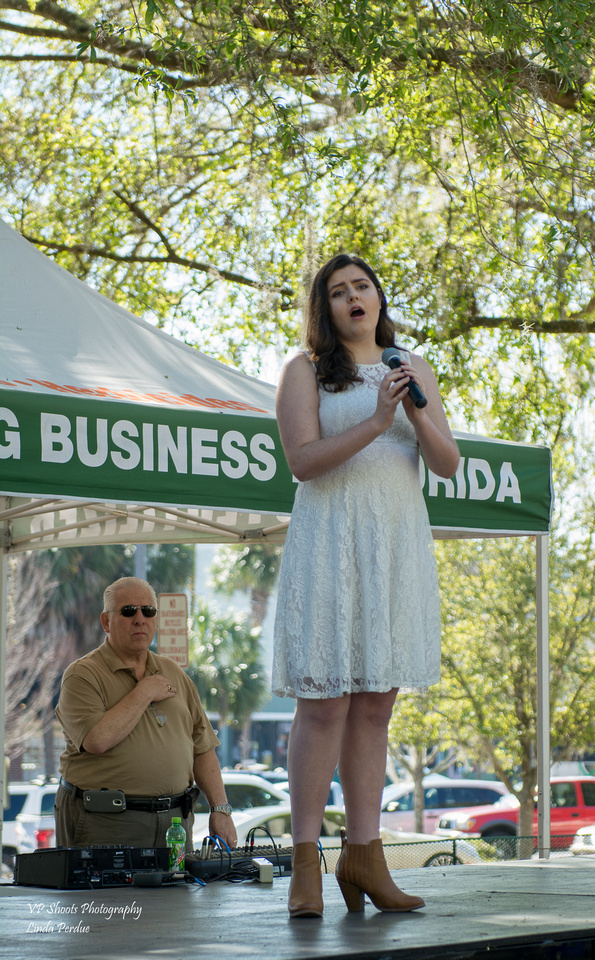 All the dogs were asked to come forward to be blessed by the Father.  This is when I found out there really were quite a number of dogs at this event. 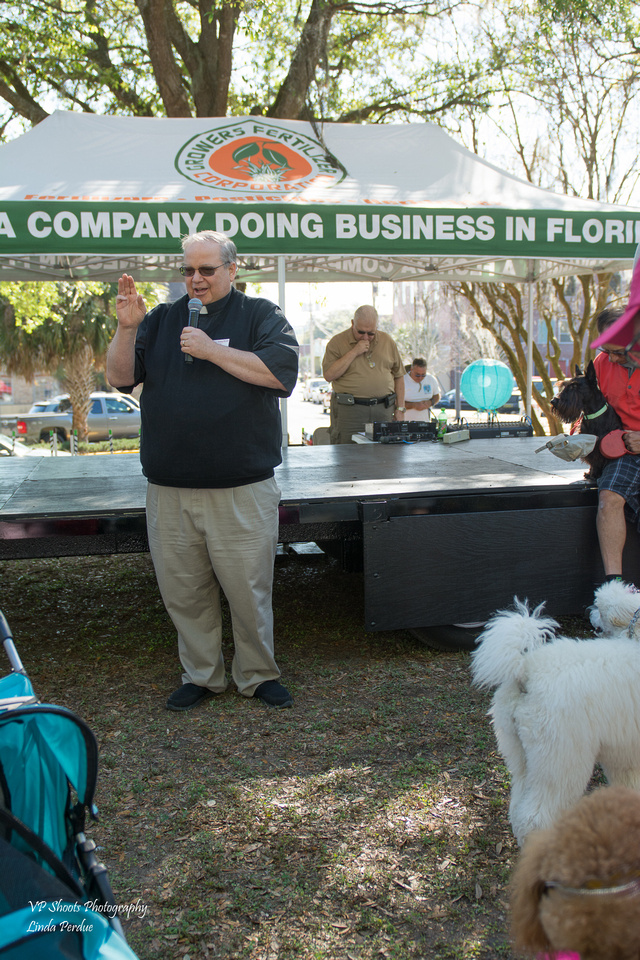 So we saw big dogs...green dogs...small dogs....puppies...dogs playing....dogs getting massages....and dogs in the parade.  The dog parade got off shortly after the opening ceremony was completed.  This dog was fine in his wagon until it started moving at which point I don't think it was as sure about this idea.  Course, my two are standing next to the parade route and they probably weren't helping the dogs that were in the parade (distractions for sure). 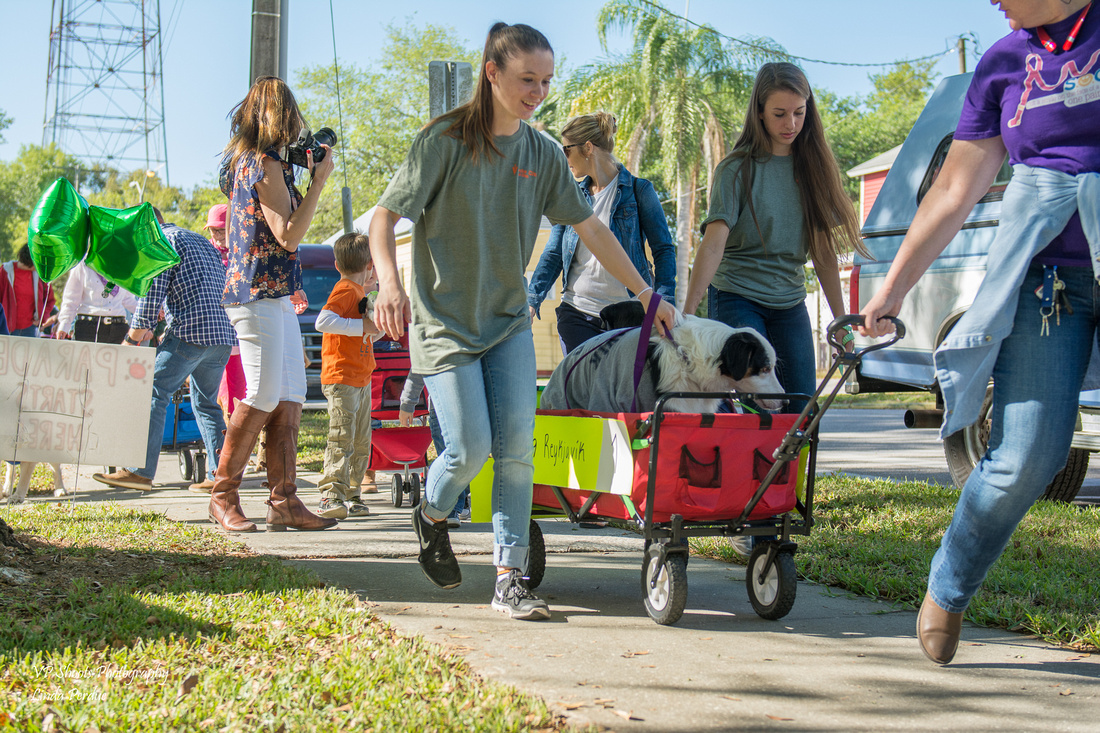 This dog was green from Patty's day ... 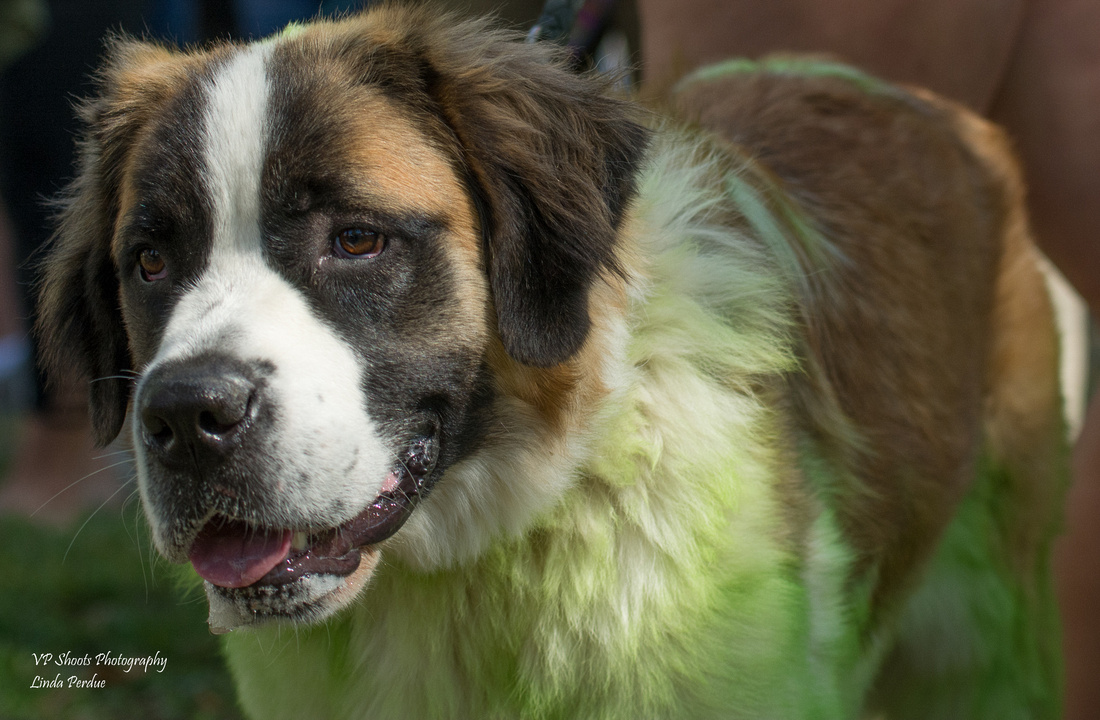 And this one just recently got adopted by a very nice woman.  Such a small little doggie all dressed up in her finest. 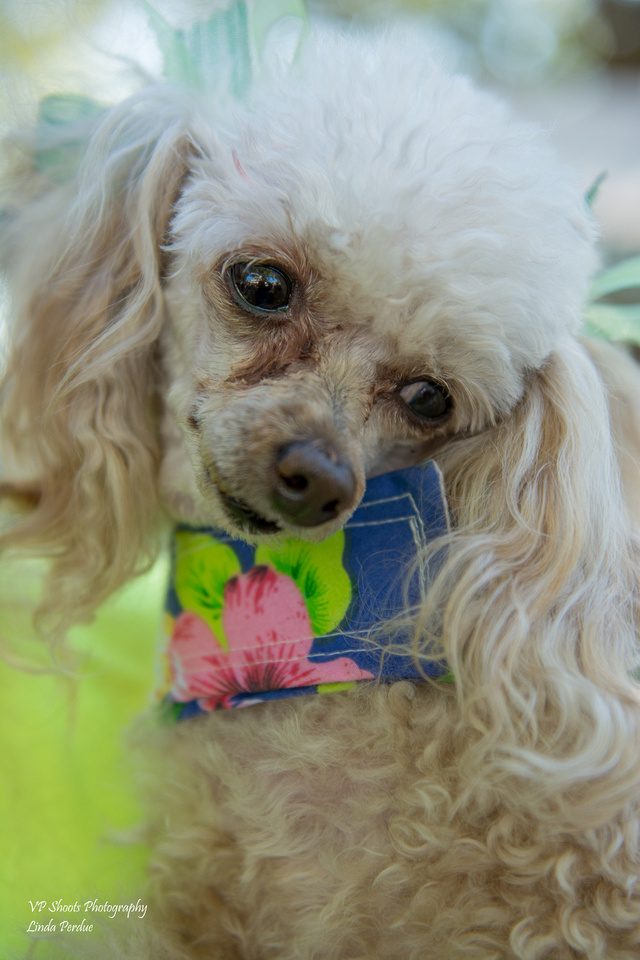 For more photos from this event, visit http://www.vpshoots.com/dogsdayindadecity