This week's theme is "Bird's Eye View" and I'll admit between pet sitting this week and having a holiday, I've been pretty busy doing other things and this just happened to be a rather challenging week to try and determine what type of photographs I wanted to create for this particular theme.  While this is a little different than I wanted to create, at least I was able to incorporate feathers. Our foster puppies are growing up, but I went back to find some that we had taken while they were "in the feathers" for this week's blog post.

Rue got caught trying to eat some of the feathers... 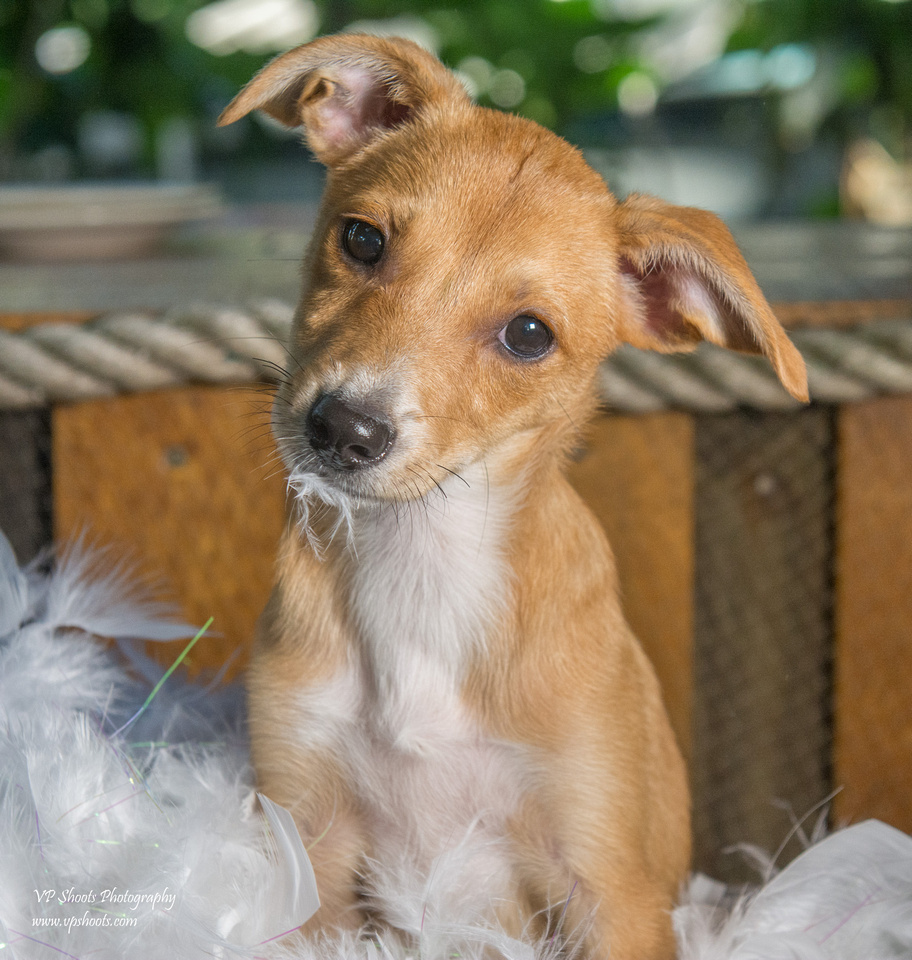 And Ollie, she is surrounded by feathers and appears to be wondering what to do next. 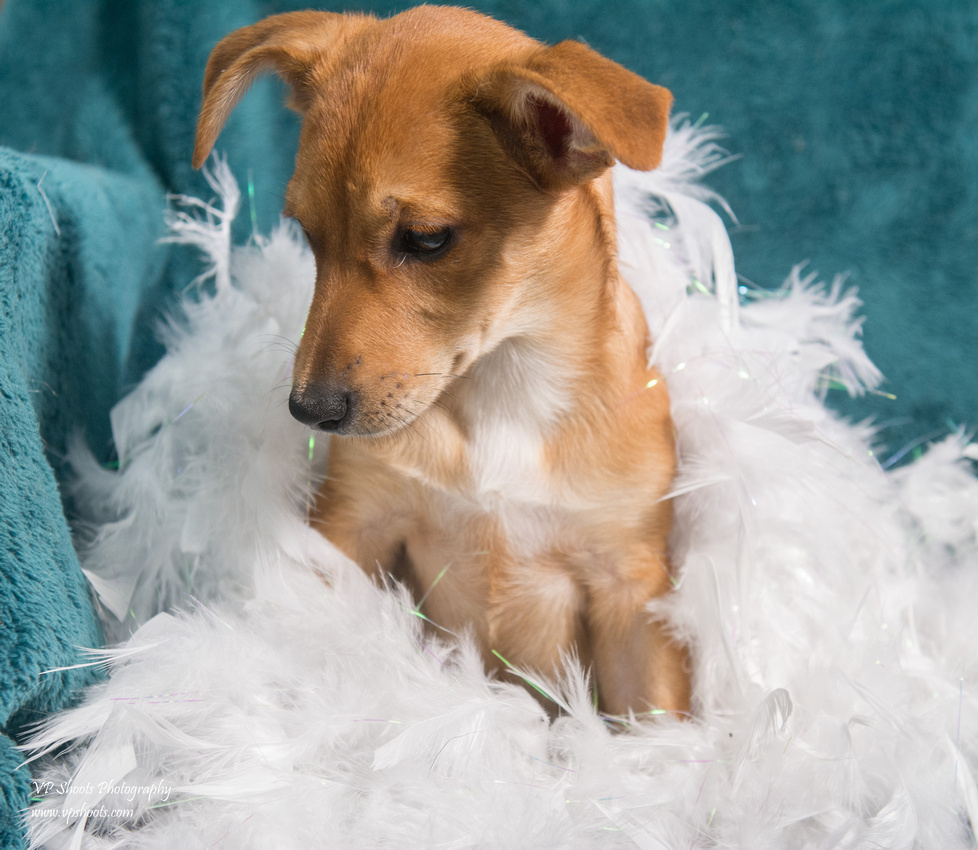 Rue cleaned up the feathers from her mouth and took a moment to pose just before she jumped out of the basket and started running around again.

For those of you that might be curious, this is how our Thanksgiving morning started rather early (poor Jimbo got a rude awaking) as the puppies are a little larger and getting into a lot more things now.  Just before this photograph, Jimbo was telling them what he thought of the rude jumping on him, hence neither Ollie nor Rue were looking pleased! 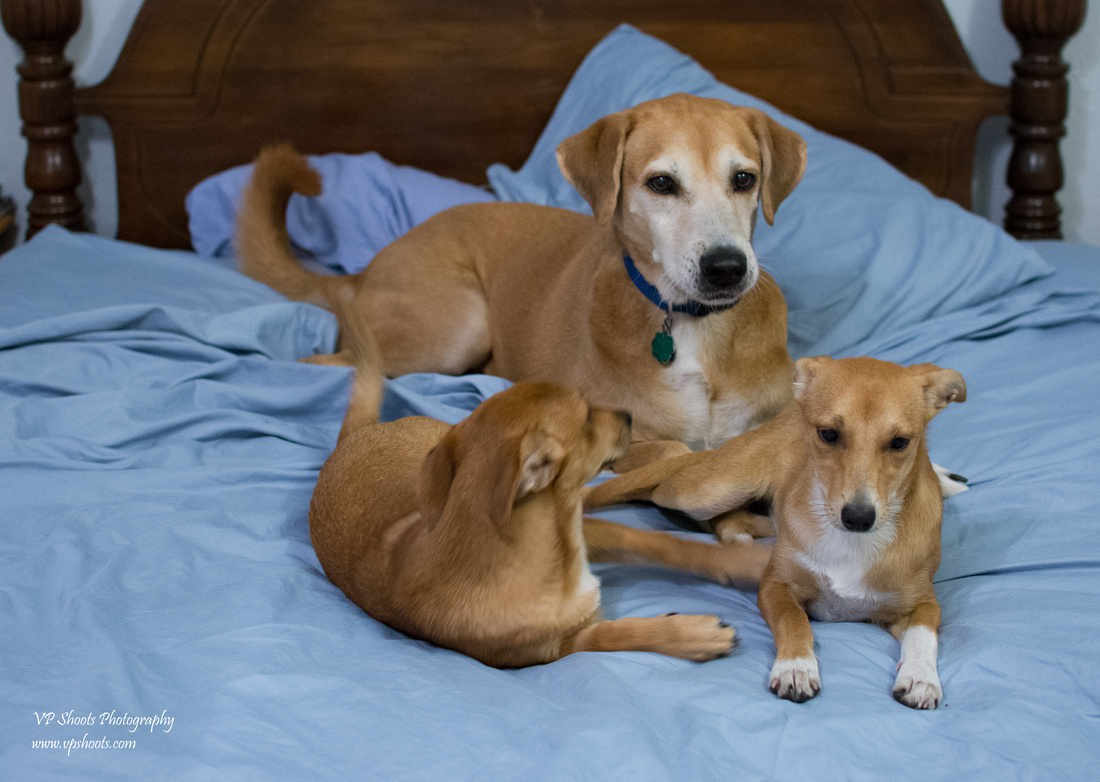 Shortly after this, the puppies ran out to the computer room, started playing and eventually Abby decided it was time to settle down and put her paw on Rue as if to pin her down (course, she stopped but soon started running again!). 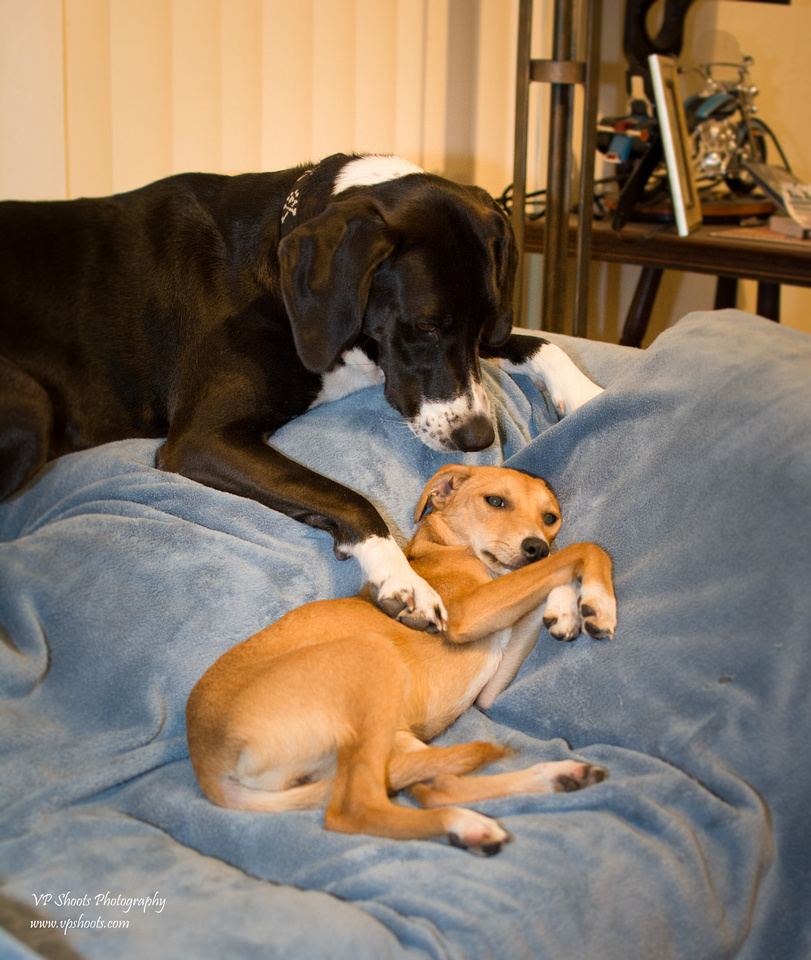 That's all for this week's theme and hopefully I will be able to get back into the blog circle with Pet Photography photographs next week but if you want to join into the circle, here's the link Susannah with Pet Love Photography, serving Greater Cincinnati and the San Francisco Bay Area.