This past week one of our photography meetup groups visited the Capital Theatre in downtown Clearwater, Florida.  The Capital Theatre opened for the first time on March 21, 1921 (that's 95 years ago!).  The theatre is located at 405 Cleveland St, Clearwater, FL 33755, on a corner lot with several areas to park nearby. 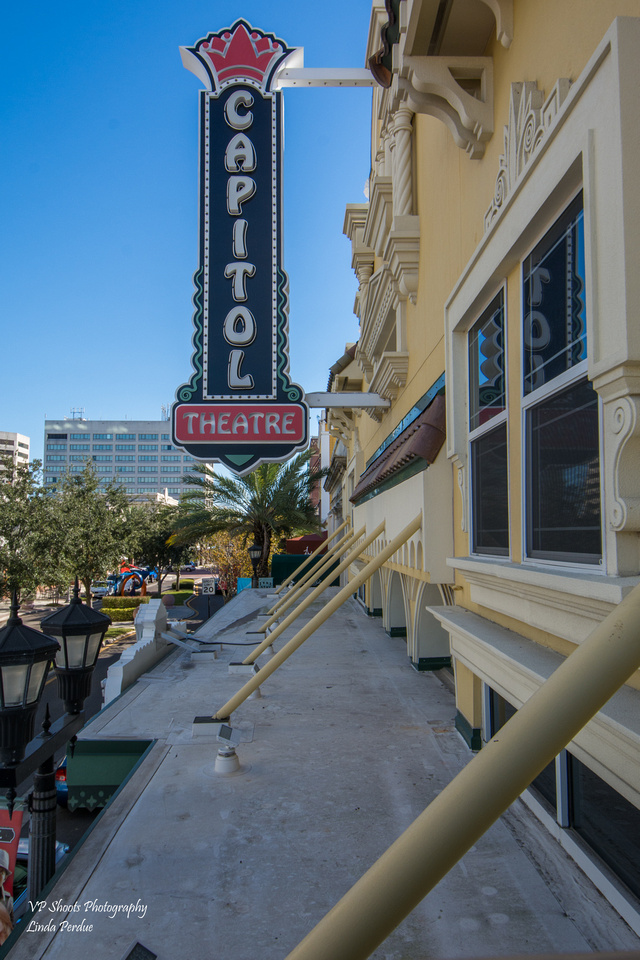 As we entered the building, you begin to get the atmosphere of the historic building - it's been renovated several times and they have made many changes, but the main portion of the building is still there. 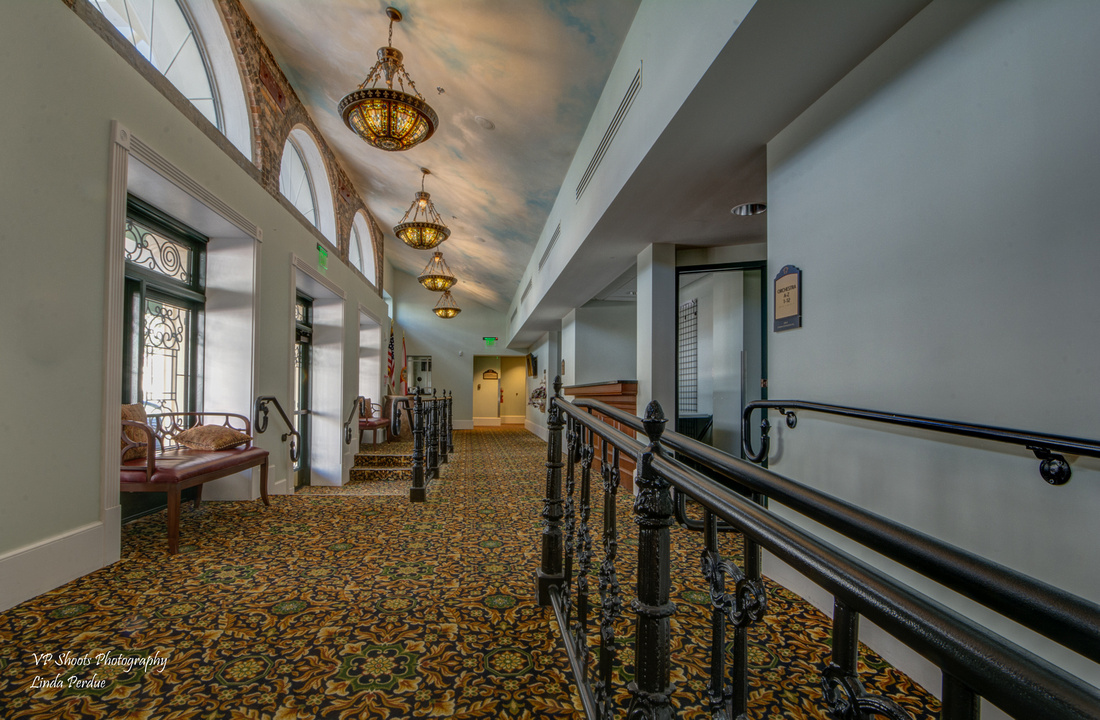 Our tour guide tells us that this part was at one time open and not covered.  To remember this, they painted a sky on the ceiling.  In the middle of this photo, on the right was the old concession stand (this is now around the corner and not pictured here).

As our tour begins, I asked what one often wonders but perhaps is afraid to ask "Is it haunted?".  Yes, it is said to be haunted.  The story goes that back in the early 80's, the theatre manager brought a few people over to tour the theatre and while he was up in the balcony area, he was robbed and murdered.  This story is being told by two people currently employed full time at the theatre, one is the current theatre manager.... 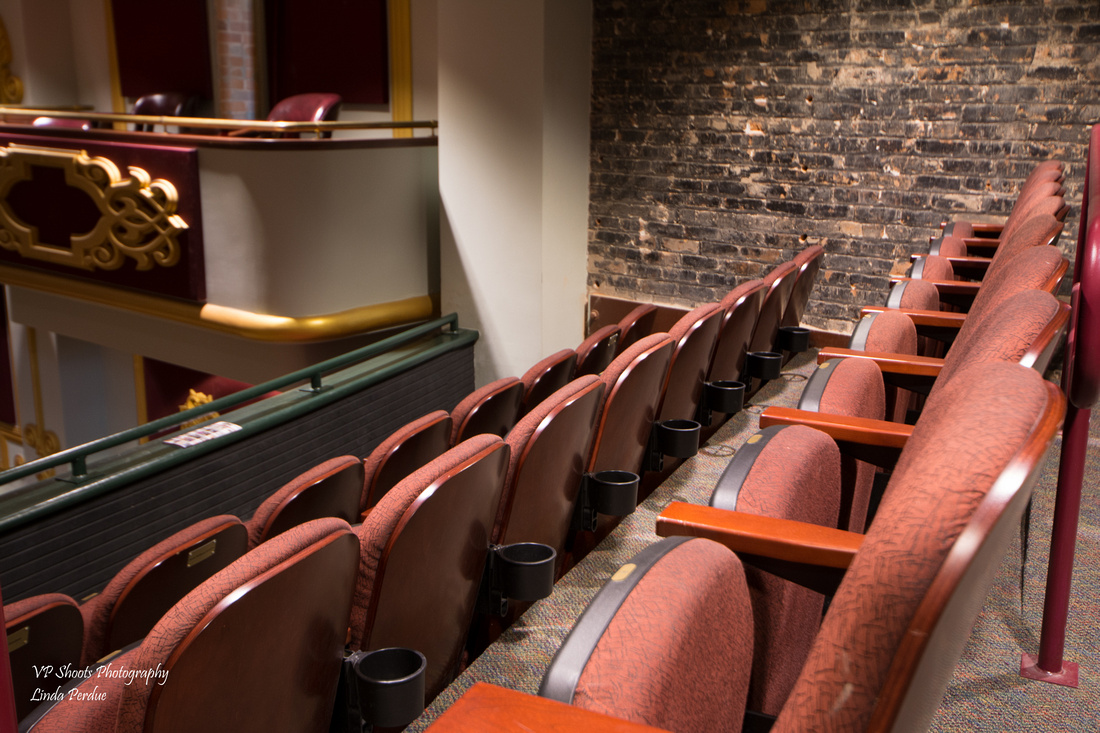 This is the area that the body of Bill Neville was found.  Several different ghost hunters have visited the theatre and have found 'high energy levels' in this particular area.  A google search indicates that there may be a few more ghosts in this theatre, they list 3:

– An old man with a goatee, known as “The Captain”, stalks the hallways in a blue coat and fisherman’s hat
– A ghost named “Bill” who supposedly was killed in the balcony by tourists
– A young girl around 10 years of age who playfully watches over the theatre

The Clearwater Sun newspaper used to be located on the corner next to this theatre.  When the paper was no longer in business, the additional space was added to the theatre.  If you are in the balcony area just behind the area where Bill Neville died, you will see original bricks from the old building and the letters U N on the bricks. 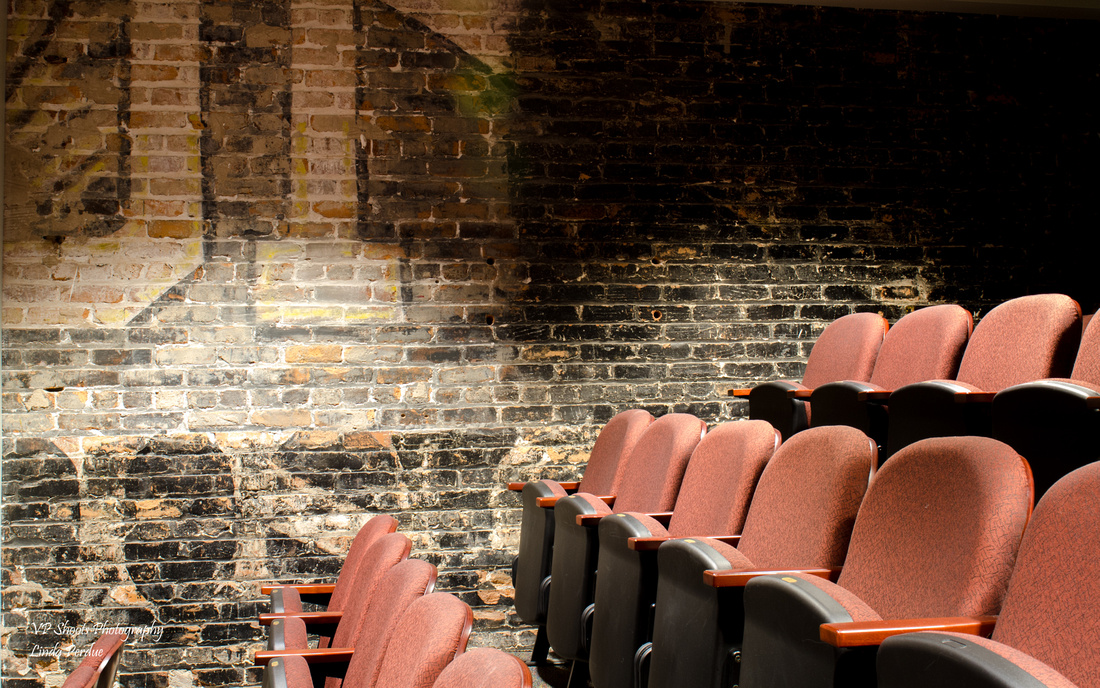 As we toured the theatre and took pictures to our hearts content, I noticed a few things in a couple of photographs - perhaps I wasn't paying attention enough when I took these photographs? There is a little circular area on the bottom right of this hostess stand as one enters the bar area.  It's not photoshoped, it could just be the lighting or a stain on the furniture, but it did jump out at me as I processed these photographs. 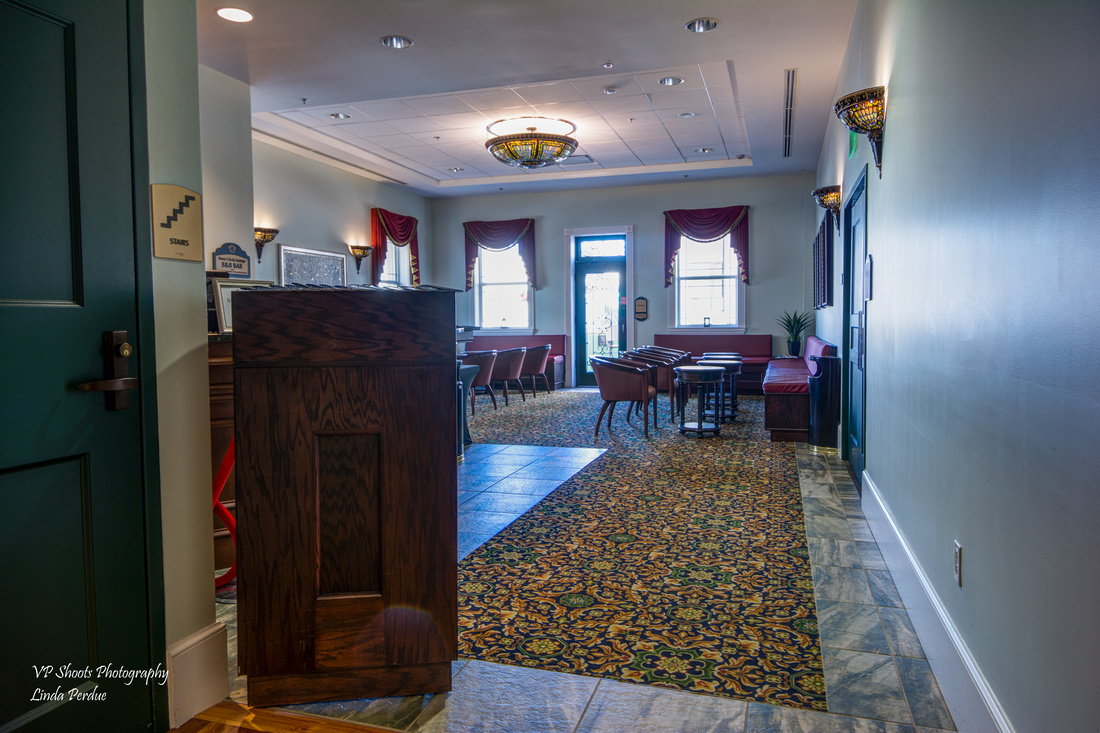 For additional photographs of the theatre, please visit our gallery at this link: http://www.vpshoots.com/capitaltheatre