This week's pet photography theme is the 'head tilt' - you know when your pet gives you that curious? questioning? and in many cases just downright adorable look! As a pet photographer, I have learned over the last few years that often times this is the most adorable head portrait I can capture of a rescue dog.  Not all dogs will do the head tilt, but for those that do - it can be such a cool photograph.  Almost two weeks ago, I met Danny.  Danny is a sweet, quiet, rescue dog - a sharpei mix - and almost immediately he did the head tilt.  Course, I've also learned to make a few rather interesting noises that often seems to provide the dogs into that totally 'What are you doing?' (at least I hope it's that as opposed to 'This human has an issue, what's wrong with her?') 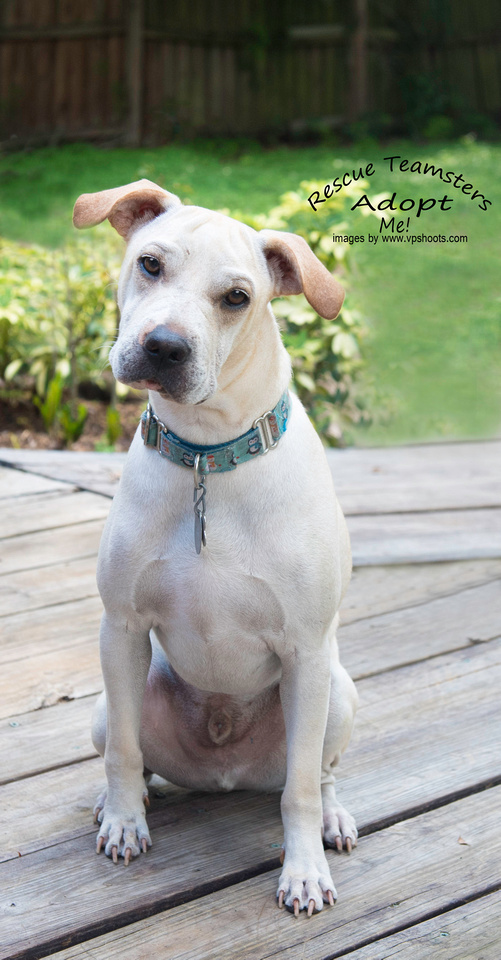 As a pet photographer, and even more as a rescue dog photographer, I've learned quite a bit in the last couple of years.  First, there are lots of dogs out there looking for homes - they all have different personalities and most are not scared of the camera (a couple have been).  What do I look for when I am doing a photography session for a rescue dog?  There are several things, but I spend a few minutes to see how the dog is acting before jumping into photographs.  Sometimes the dog doesn't get a lot of attention and that's all they want from you - so it's important to give that attention - they need it and you'll enjoy it! 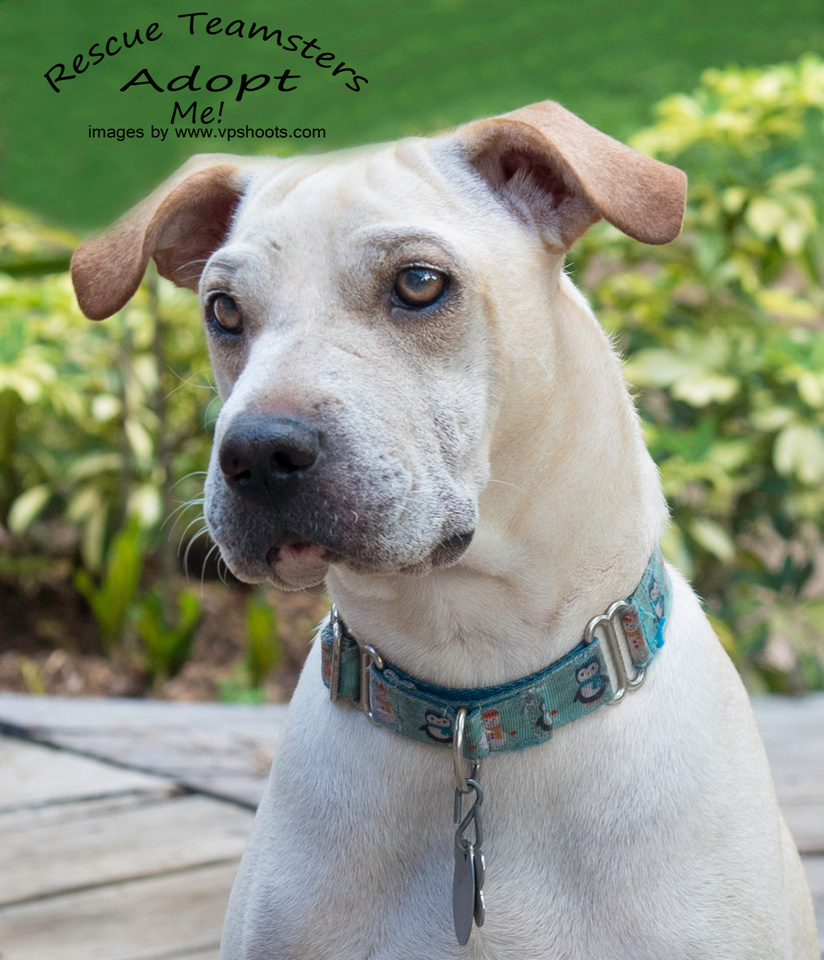 The next thing I almost always try to capture is at least one good head portrait - I love it when they will look directly at the camera, but not all dogs do - so a nice portrait either way is always something I will patiently wait for (sometimes up to an hour and over 100 photos later).  The other things are at least one full body photograph - whether that is sitting, standing, running, laying down - it's all depending on the dog - but if it's a rescue dog, they want to see what the entire dog looks like - not just their faces.

So, what do I do when the dog is camera shy? Well, the first thing I do is put the camera down.  Then spend more time with the dog, just talking or walking them, petting, you know - dog things.  After a little while, this can be 10 minutes or 30 minutes, I will pick up my camera again.  If they are still not comfortable, then I will set the camera down and see if they will sniff it.  If they don't, I put a small treat on the lens hood - yes, on the lens hood, on the camera.  I've never had one eat or attack the camera, they just want the treat - and sometimes they want it badly and are quick to take it - but other times they are slow as they are still scared.

Here's a few more head tilt photographs for you to enjoy! 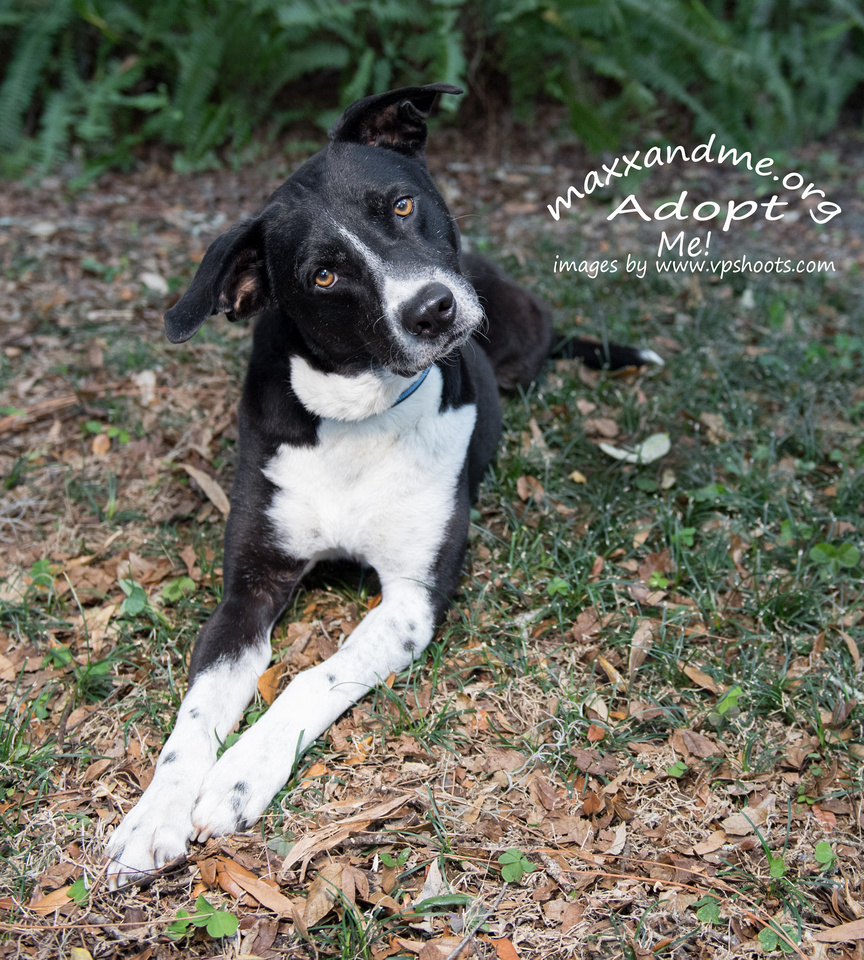 Amore (above) adopted very soon after this great photography session! 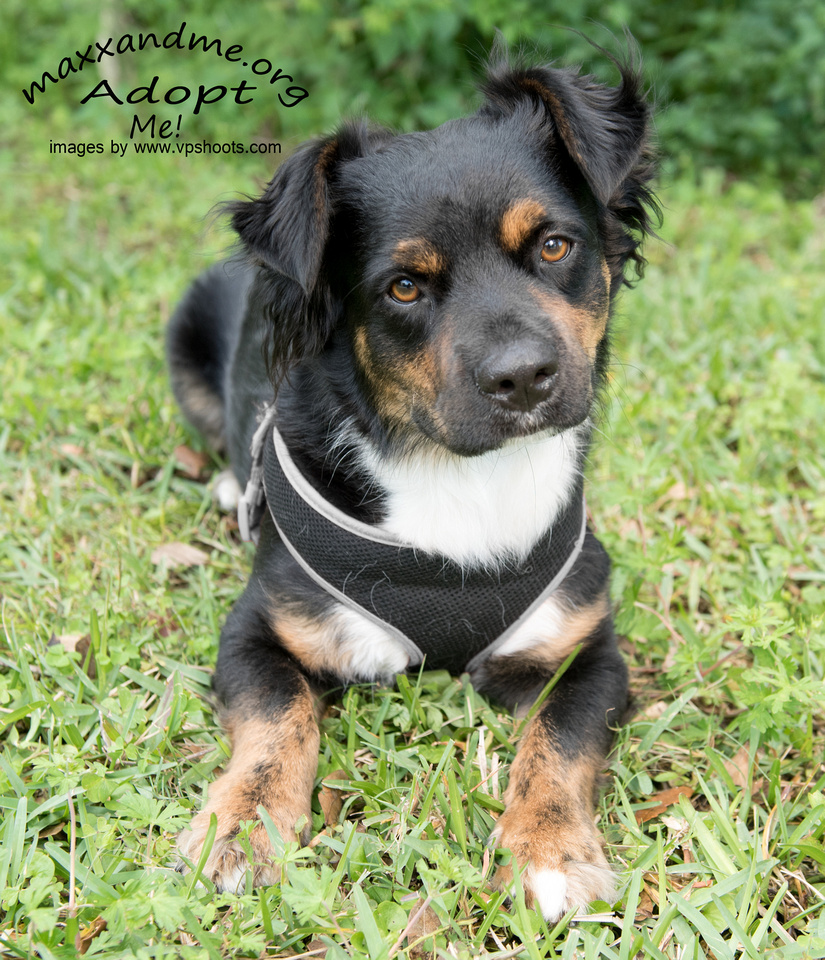 This cute dog was adopted shortly after he posed for the camera - the head tilt does make a difference!

And this little one was adopted too - so if you're dog (I haven't really tried this with cats) does a head tilt - make sure you capture that adorable moment in time!

For more pet photographers sharing their take on this theme, head over to visit Pet Love Photography, serving Greater Cincinnati, the San Francisco Bay Area, and destinations nationwide and then head around the rest of the blog circle.

If you would like to book a custom pet portrait session, send an email to [email protected] or give us a call/text at 813-610-2671 in the Tampa Bay area (Florida).

Sandra(non-registered)
Nice images for the shelter!
Darlene(non-registered)
Beautiful portraits of these lovely pooches!!! Hope they all find forever homes, soon! Sometimes it is a challenge with rescue - especially when the dogs are fearful of so many things.
Lynda Mowat(non-registered)
The work you do for these beautiful animals is priceless! There are far too many dogs that need to be rehomed, but thank goodness there are people like you in the world who help them look their best to find their forever homes. Thank you!
Danyel Rogers(non-registered)
I always excited when I hear dogs are adopted from a shelter. There's a lot of misconception around "pound puppies". Thank you for all you do for these cuties! Pictures really make a difference for these animals.
Kathie Ono(non-registered)
Great shots of rescue dogs! We both, I see, want those tilts, especially for the shelter dogs as they are more appealing. Great job!
No comments posted.
Loading...
Subscribe
RSS
Recent Posts
Waterrock Knob Overlook, Blue Ridge Parkway Letting go, memories after your dog (pet) crosses the Rainbow Bridge Happiness is....spending time with your fur kids (aka, dogs) What kind of dogs are they? Tampa's Riverwalk is dog friendly! Photography session with a large dog named Buck Dog friendly lakes, Western North Carolina A walk at dog-friendly Lettuce Lake Park in Tampa, Florida St. Patrick's day dress up for the dogs Photographing for local pet rescue
Keywords
canine dog vpshoots outdoor pet photography Florida dog photography pet photography blog park rescue
Archive
January February March April May June July August September October November December
© VP Shoots Photography
User Agreement
Cancel
Continue