Croc Encounters is a sanctuary dedicated to rescuing reptiles.  I did not know it, but this place is literally 10 minutes from our house, so we visited using the "Sneak Peak Saturday" coupon which is $5.00 for each person in the family up to 5 (I believe).  Sneak Peak Saturday is from 11am to 5pm (definitely the hotter part of the day in the summer).  We got a little rain while we were there which made the temperatures a little more comfortable, but wasn't so great for our cameras.

I think what caught my eye first was the new big gate they recently added to the sanctuary.  Without that, I probably would not have noticed this place for many more years.  Just inside the gate is a small parking lot for about 10 cars - one of the newer additions to the reptile park.  This banner is hanging by the entrance. 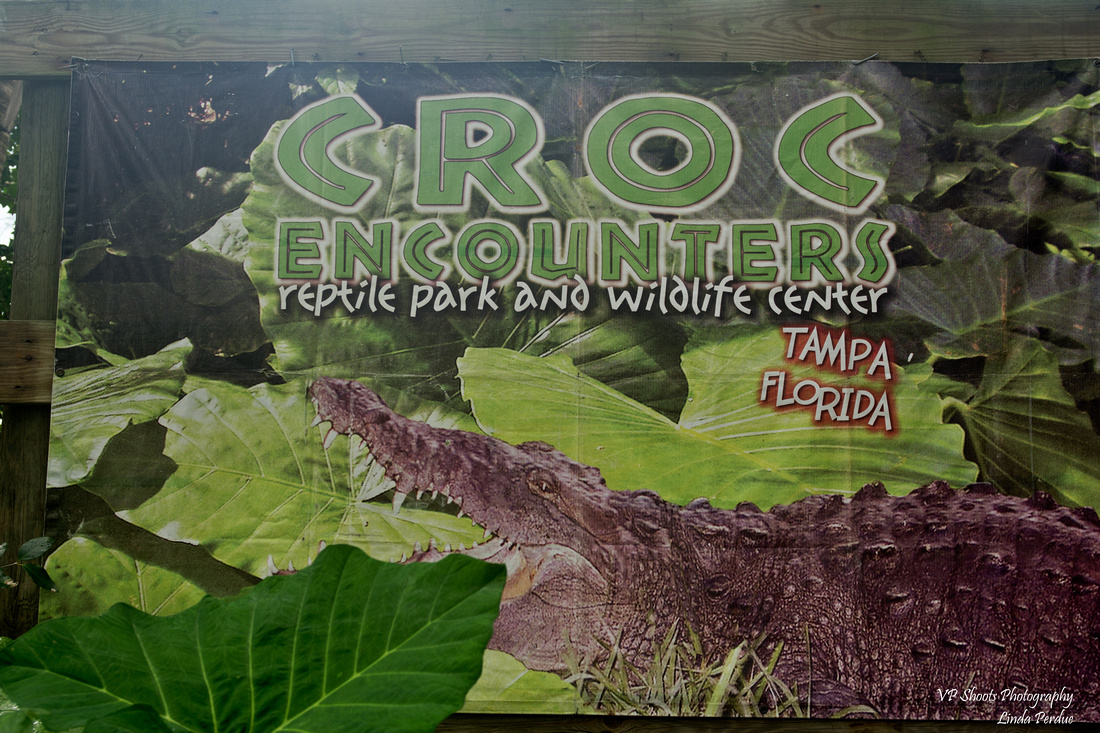 As we walked around the various ponds and waterways on a narrow (about 2 1/2 feet) wooden boardwalk we viewed several different reptiles. 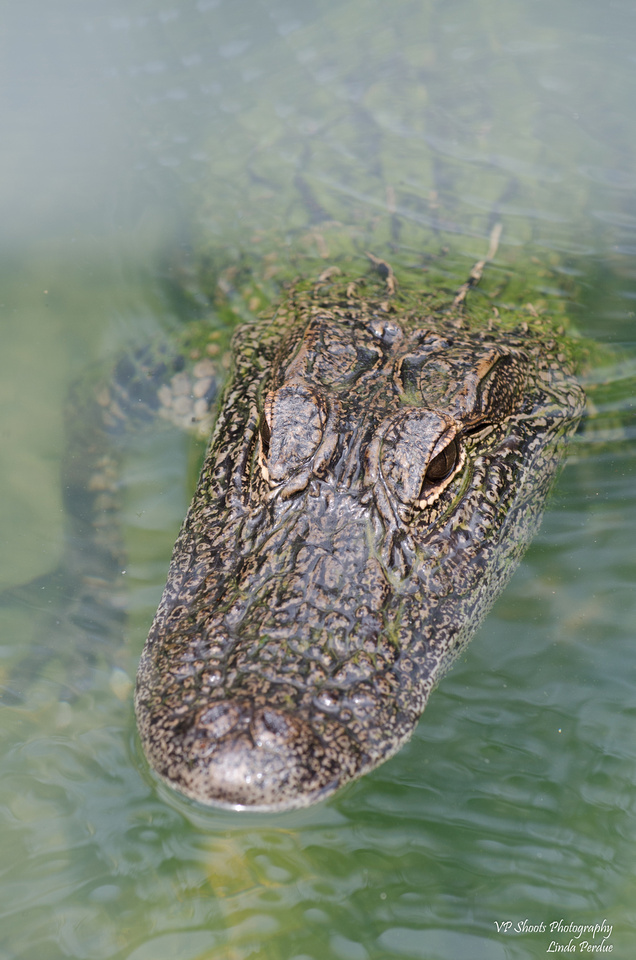 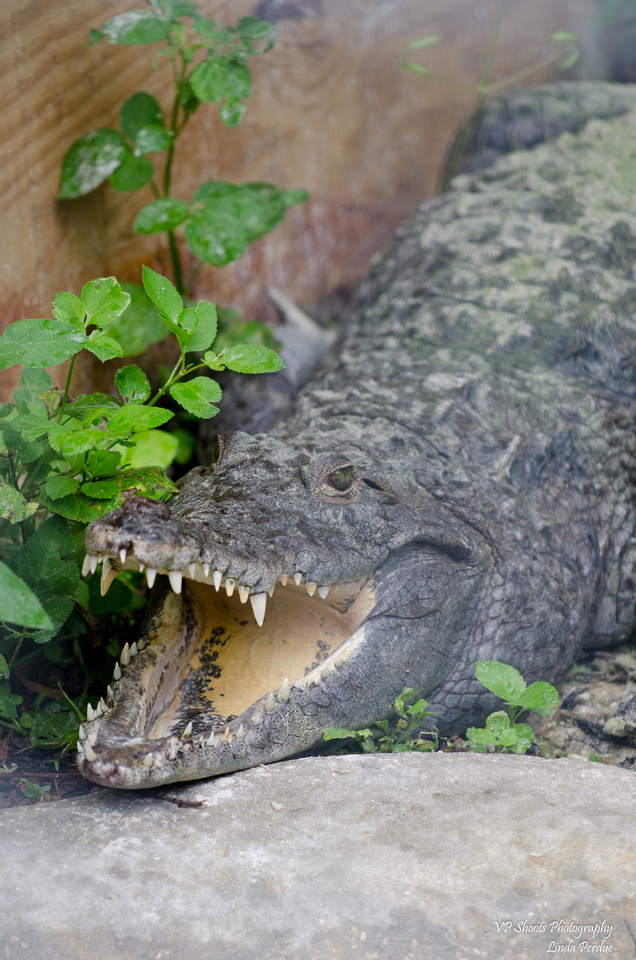 A big pond with a lot of cooters, red-eared turtles and yellow bellied turtles.  A good number of them came swimming up to us, so we knew they were expecting a hand out of food.  One of the staff members said they are provided turtle pellets and seem to have a bottomless stomach as they will eat as much as they are fed.  I recall red-eared turtles were very commonly sold in the pet stores when I was a young child - but they are apparently not native to this area.  Some have been released into the Hillsborough River near us as I have seen and taken a few pictures of them in the wild. 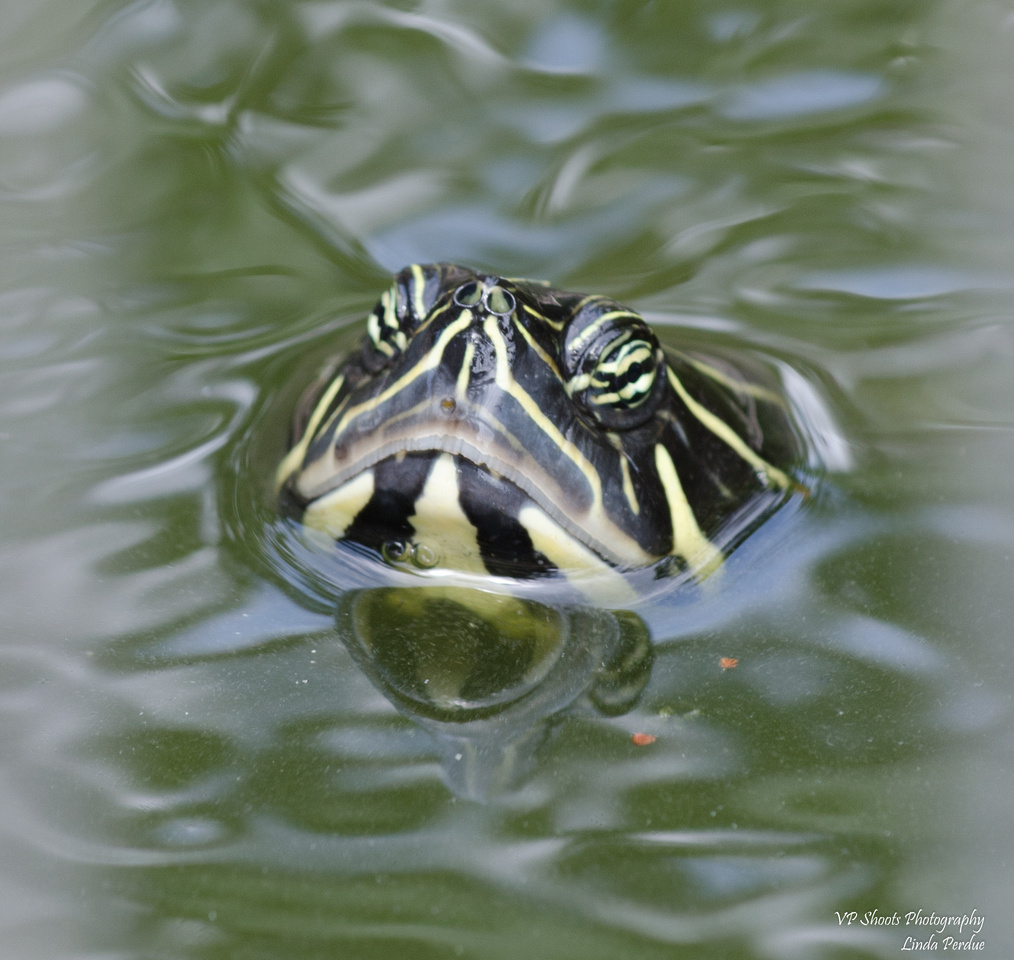 They also have a few box turtles, that came walking over to me as I got down on their level to take some photographs. 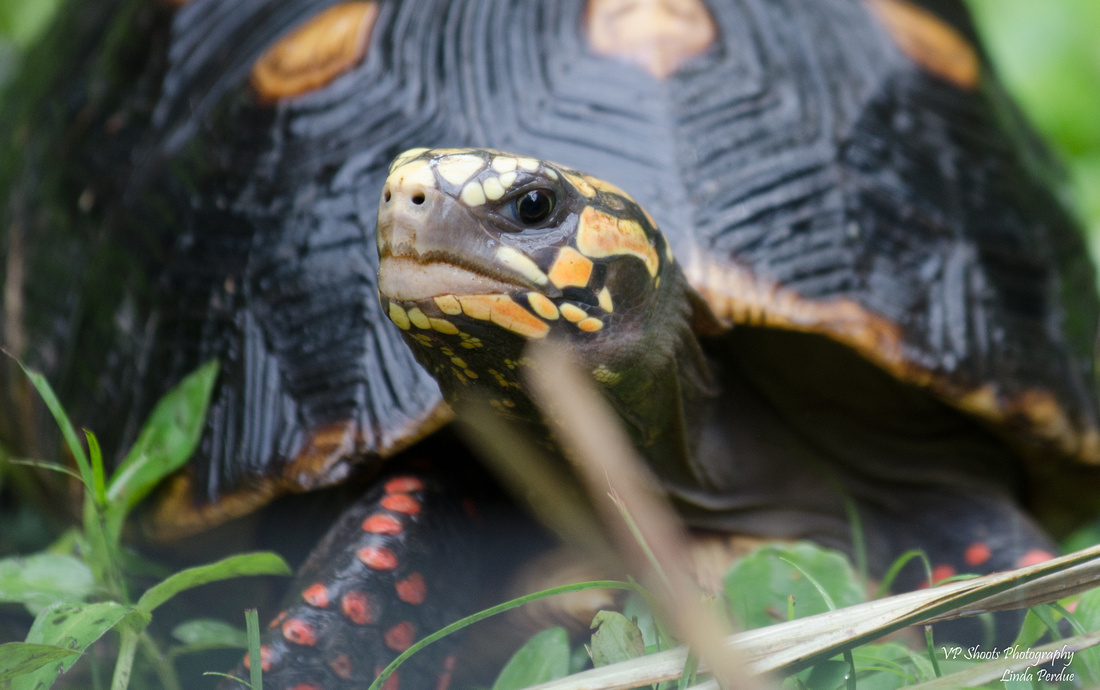 They have a big area with gophers that were busy eating up hay when I walked up.  Several were curious as I arrived, obviously a lot of them see 'people' and assume it's feeding time.  This gopher was more interested in the greens growing just outside the rim of their 'exhibit' but stopped so I could take a few pictures. 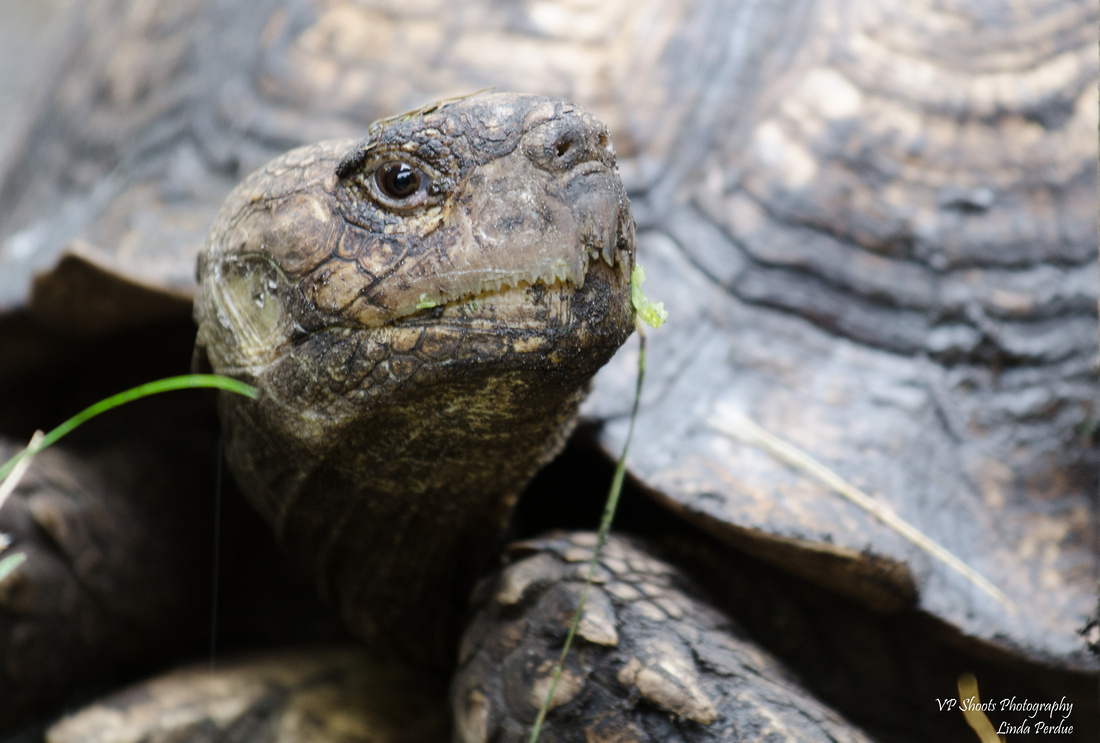 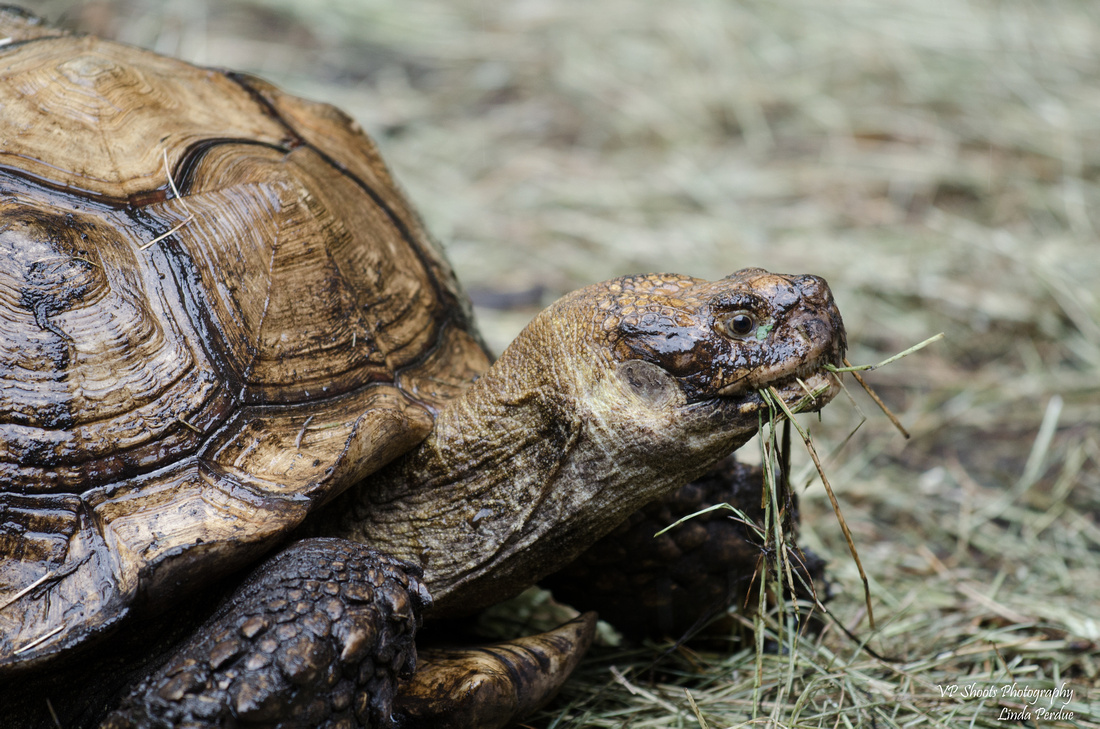 They also have a few large lizards. This is an Asian Water Monitor, they have several other types of lizards as well. 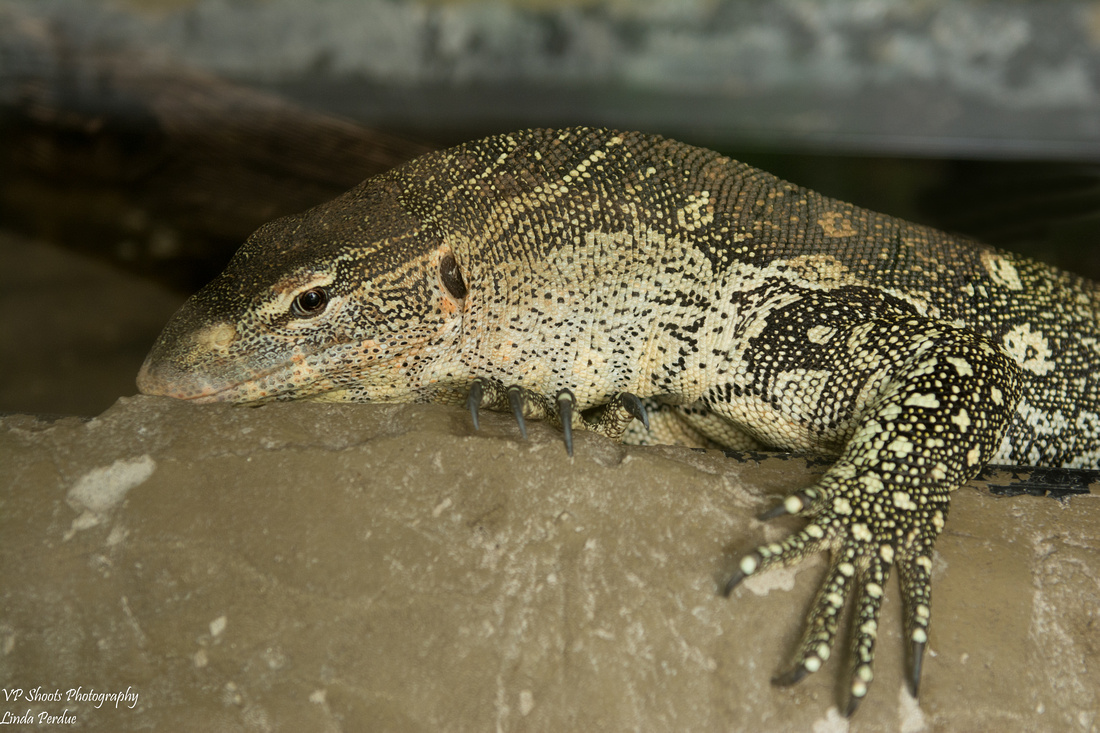