Our latest adventure took us to the Safford House in Tarpon Springs near the bayou located at 23 Parkin Ct, Tarpon Springs, FL 34689.  The exact date the house was built is not known, but the initial portion of the house was completed by 1883.  Anson Safford and his sister, Mary Jane died in 1891 just a week apart from each other.

The house is decorated for a Victorian Christmas and is beautiful.  After entering through the servant quarters (and kitchen area) we found some cookies and brownies along with apple cider compliments of the Safford House volunteers that are at the house.  As we entered the house from the back door, we are greeted by a gentleman who is in period costume for the current year, I believe he said it was 1877.  This gentleman plays the role of Anson Safford who accomplished many things during his lifetime including starting public schools in Arizona while he was the Governor of Arizona (1869-1877) and the founder of Tarpon Springs.

I asked a few questions of him and he knows the history of the family very well and can tell you a lot about his character, Anson Safford.

The photo on the wall behind him is of his sister, Mary Jane Safford.  Mary was a nurse during the Civil War time period and later became the first doctor in Florida after graduating from New York College for Women.  The photo below shows the woman portraying the character of Mary Jane Safford (next to her brother, Anson - also in character). 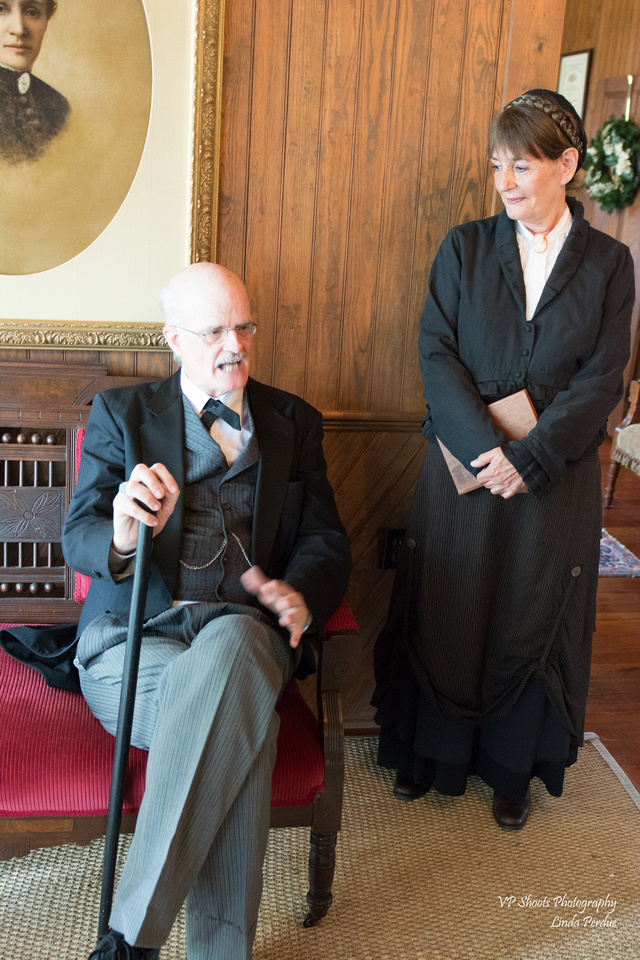 As we walked through the house, the characters are so good at their roles and knowledge of the person they are portraying, it's often difficult to tell if they are telling you about their life back in the 1800s or their real lives. The teenage girl below portrays one of the daughters of the family and was learning a few notes on the harp (she plays piano - both in character and in real life). 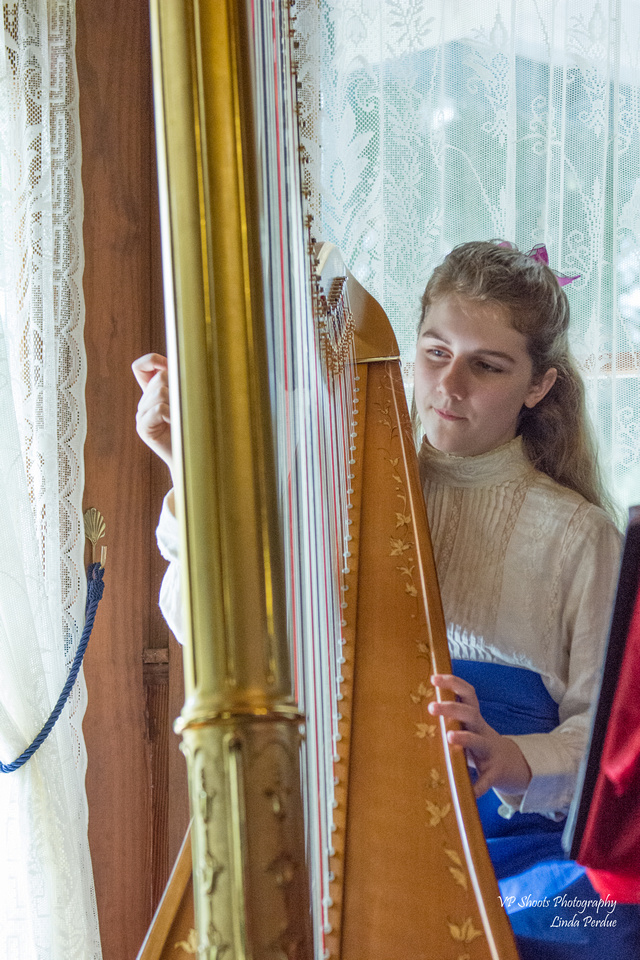 The house itself is furnished with a lot of period pieces of furniture.  The desk in this photograph actually belonged to Governor Anson Safford.  The other furnishings are not things that belonged to the Safford family. 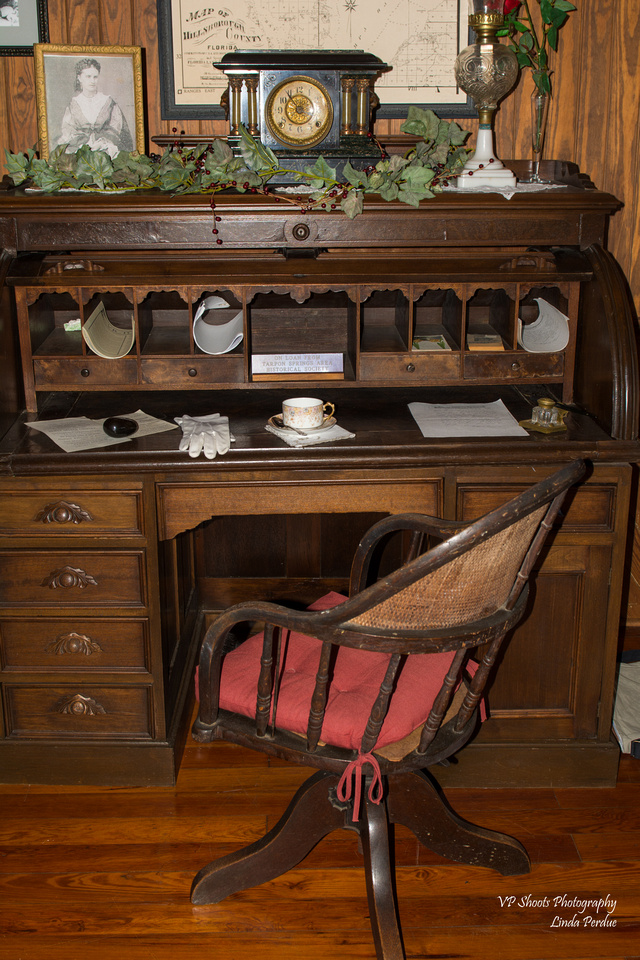 The children gathered to hear the story of Twas the night before Christmas as told by Anson. 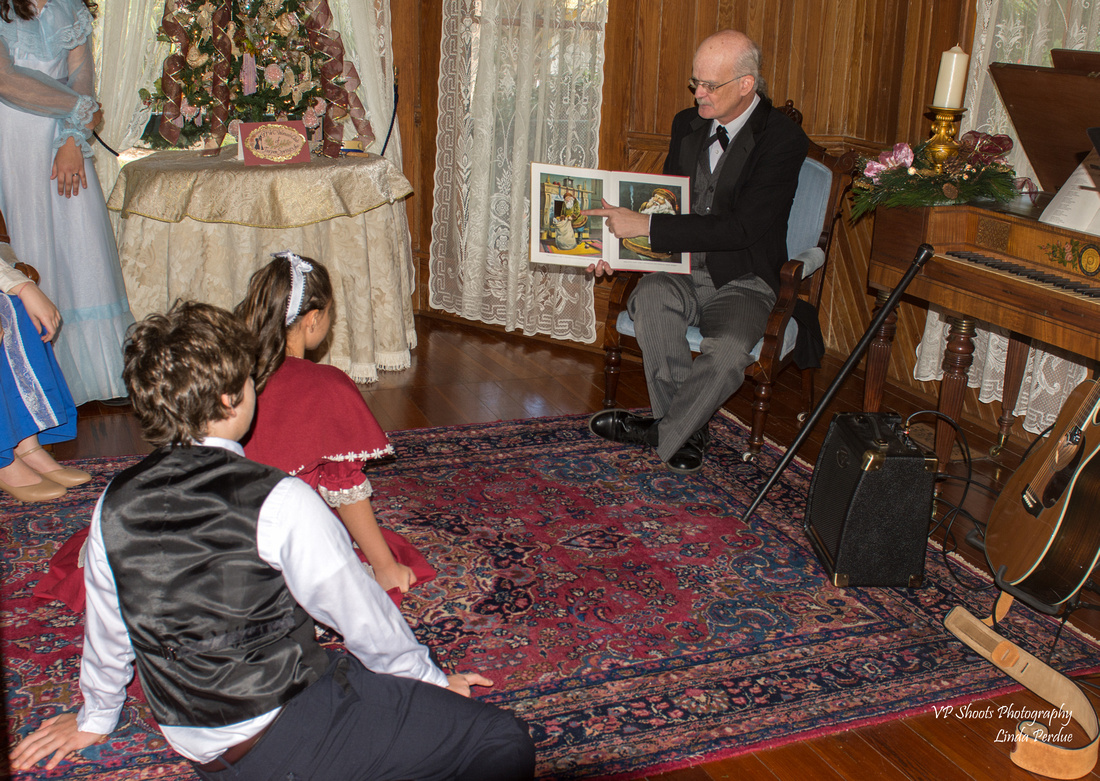 Mary Jane Safford's bedroom is located on the second floor of the home. 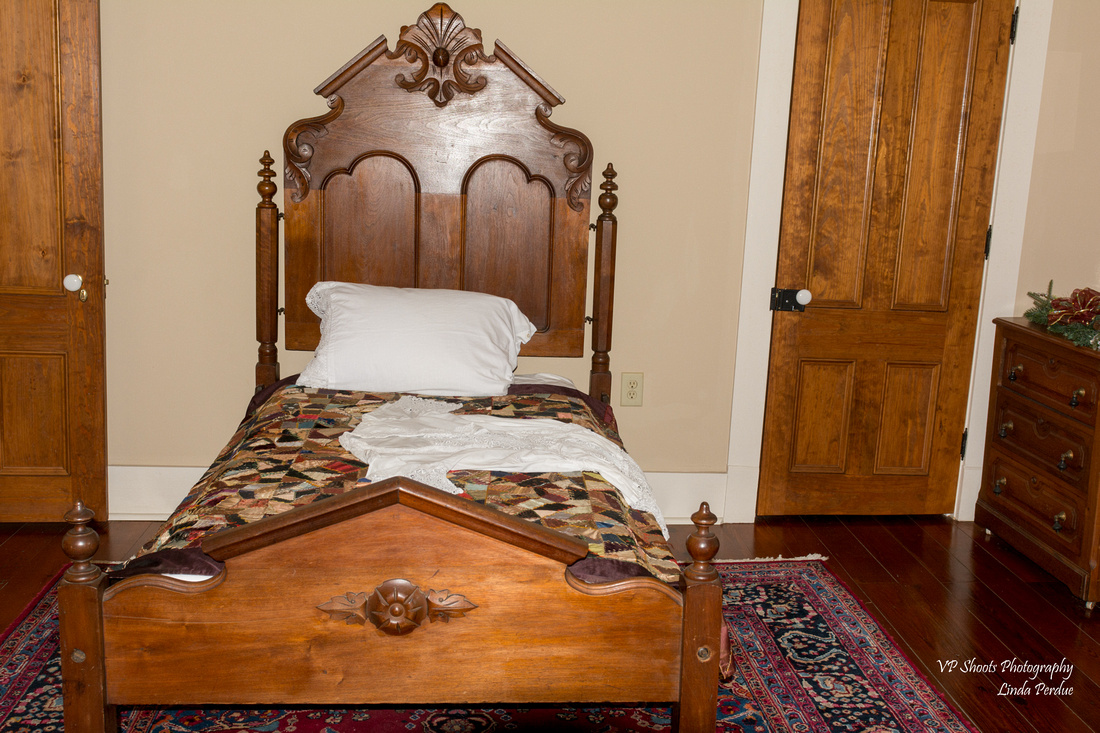 The front of the house has patio areas with rocking chairs and a hanging swing.  The house was moved about 1903 from it's original location on the Spring Bayou because the land was more valuable and that land was sold to help with some of the financial difficulties experienced after the passing of Anson.  The house now resides just a few blocks from it's original location at 23 Parkin Court. 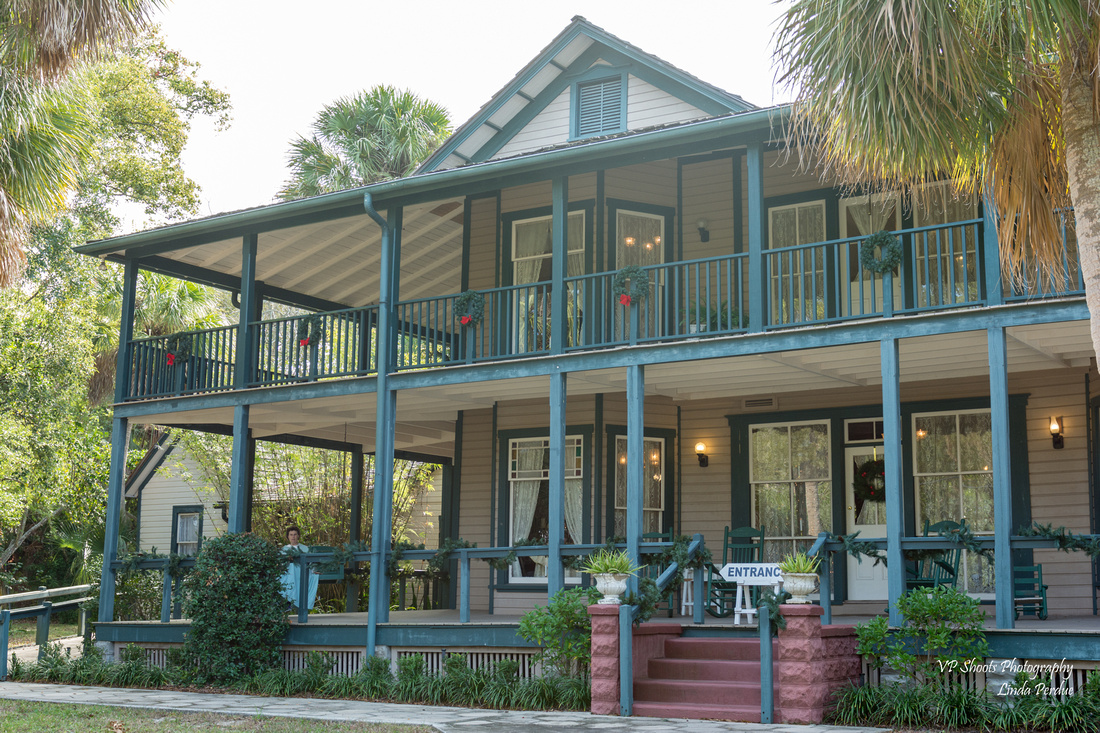 For more photographs of the Safford House, visit http://www.vpshoots.com/saffordhouse

If you're in the area and like local history, this is definitely a great place to spend a hour or two.